Hello-I am interested in modelling an F-4E Phantom II from the Vietnam War with slatted wings. I saw one by Fujimi in 1/72 scale and it had slatted wings and the TISEO on the left wing. I remember someone saying they saw pictures of one of these in a revetment in Thailand around 1972-73. Does anyone have any pictures of this plane or information on it? Thanks for any help.

Here is one with a TISEO, but hard wings 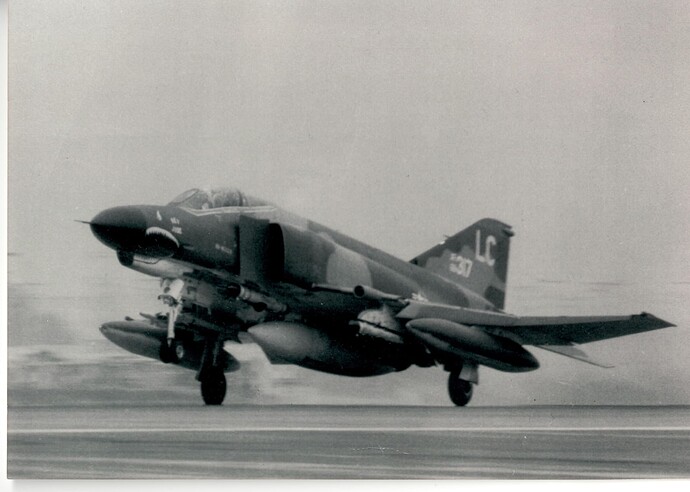 Slatted wing F-4Es did not arrive in SEA until around Sept of 72.

And here is one as requested, but with no unit tail codes… in the background is a OY marked Phantom (555th TFS)

Thanks! That’s the one I was told about, it had RIBBBT on the tail, no tail code. I was also told it was part of a program called “Rivet Rabbit”. Supposedly these planes served with the 555th TFS from 1972 to '73. When they moved back to Luke AFB in 1974 they still had no tail codes. 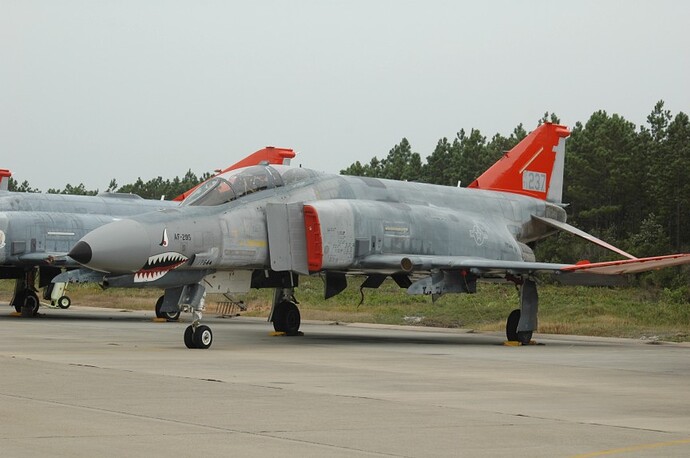 I had the 1/72 Hasegawa F-4E Indiana ANG kit many years ago, would that work for this plane? Are there any deletions needed for that kit to back date it in any way? Thanks again.