I did have some luck on an older build. My Tamiya Buffalo came out pretty good. It was one of Tamiya’s older kits from the 70s not up to todays’ high tech standards but still nice. I still need to find one decal I destroyed by trying to adjust it after I put Microset on it! oooooopppppsssss. The large star on the bottom wing. Not sure if I’ll rig it as the main forward mast broke while removing it off the sprue. I’m not sure if I want to chance it, seems like old brittle plastic. John 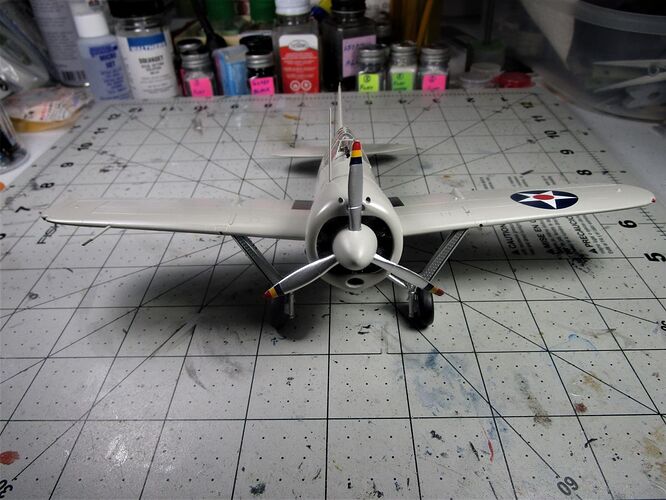 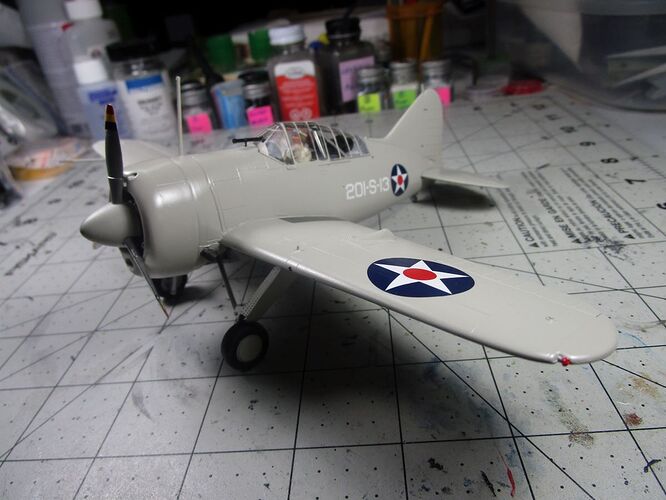 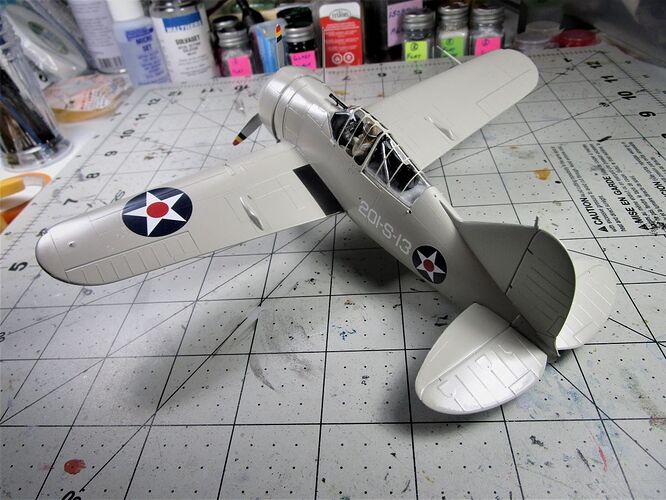 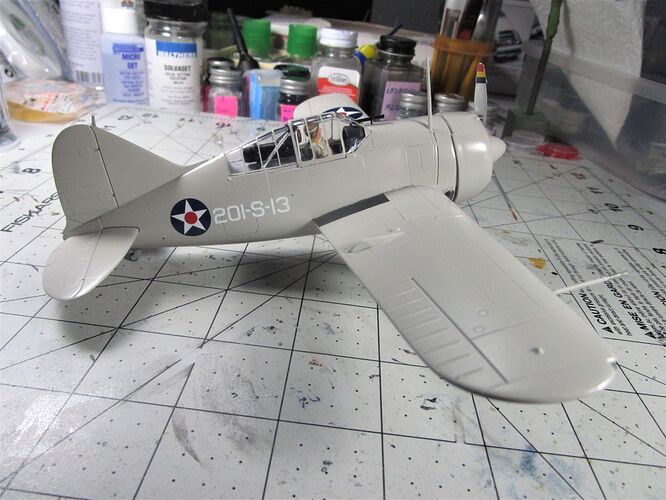 Looks real nice John. The grey scheme isn’t something I’ve seen before. I quite like it.

Good job with this classic kit - even though nearly fifty years old, Tamiya’s old Buffalo still builds up quite nicely!

Thanks, that gray scheme was also used on the early F4F-3 Wildcats. Yeah, the kit is almost as old as me! 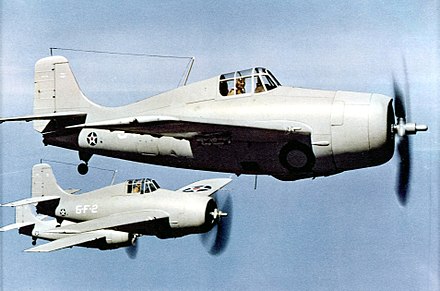 @JOHNien Nice build on the F2A!

@Canmedic - The overall gray was a short lived scheme for the USN/USMC in late 1940/early 1941 when the high command realized that war was on the horizon and the Yellow Wings scheme would not be conducive to survival in combat. It was only replaced starting in Autumn of 1941 and many shore based aircraft still wore it at the time of Pearl Harbor.

That’s weird, why did the Tomcats have overall gray then? I understand the yellow wings but these were overall gray, like the USN aircraft of today. John

The overall gray scheme with white markings was very effective for air to air, or surface to air camo. But it stood out on a carriers flight deck. So then the changeover went to the blue gray over light gray, with any folding wing visible from above also to be in blue gray. Unit & aircraft ID numbers were supposed to be in black on the blue gray, but some squadrons or air groups retained the white markings.
When the Navy started experimenting with overall sky camo low vis schemes again in the late 70’s, overall gull gray was the first scheme selected. It was almost identical to the 1940/41 scheme, aside from having the markings in dark gray or black.
This was replaced in the early to mid 80’s by the multi grays TPS schemes that are still worn today.

It’s a gem in grey Carlos. Have you considered ez-line for your rigging? It’s very gentle on delicate antenna posts.

Done, all decaled and rigged. John 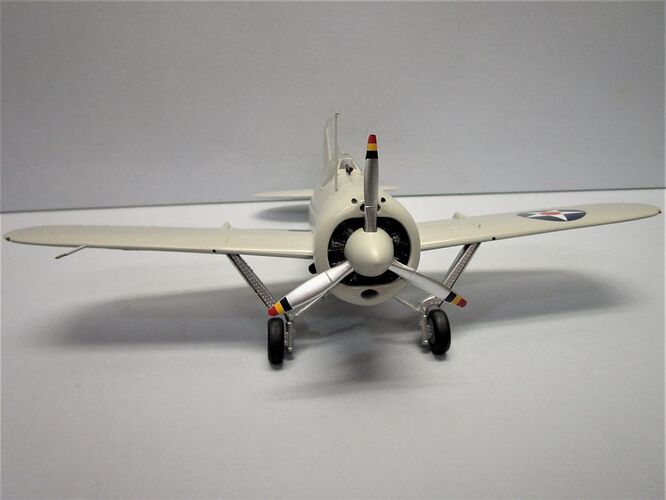 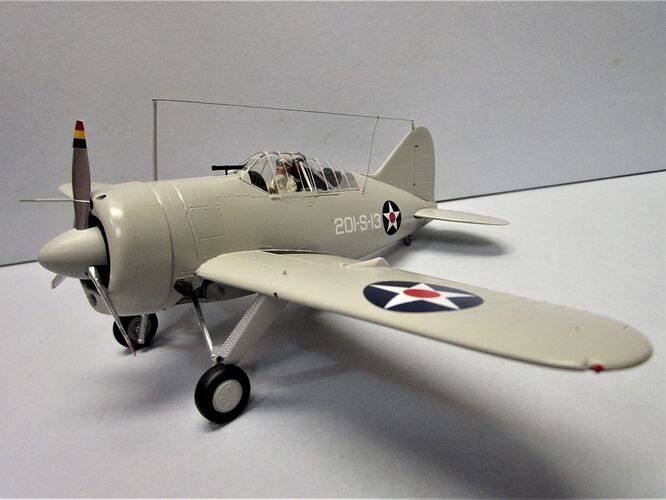 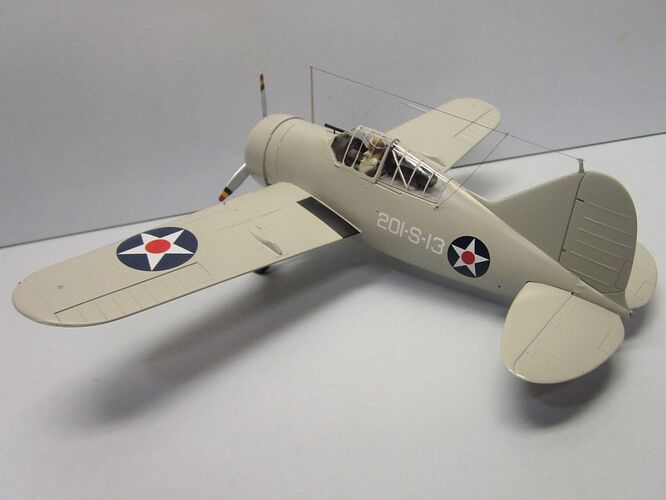 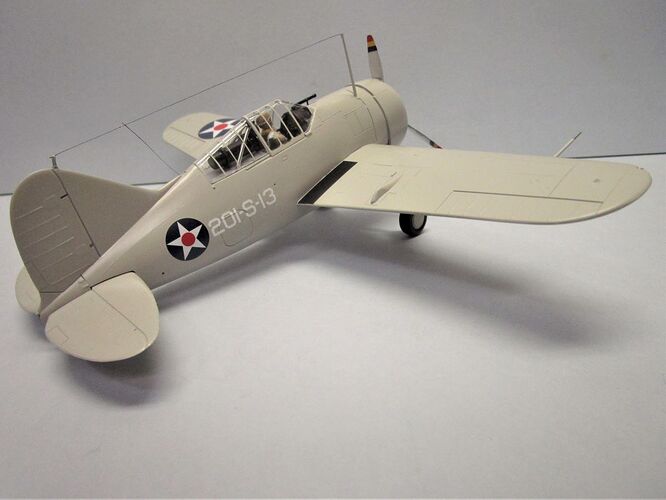 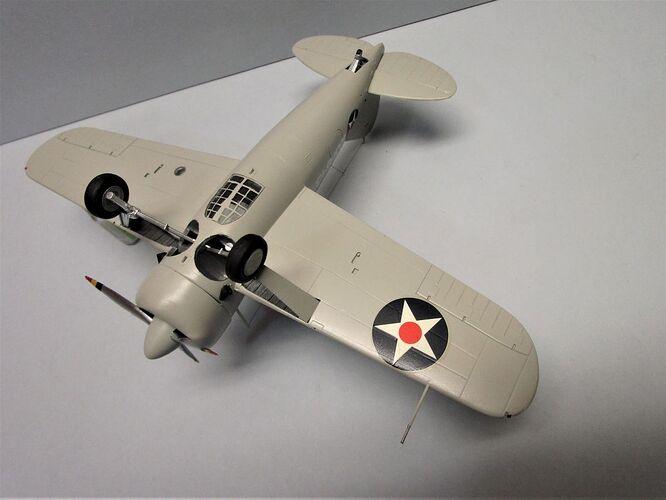