Here’s one I did purely for fun… A paratrooper, booze and a machine gun. What could go wrong?
It’s a Rado figure, Hornet head and a little bit of how I feel right now! The coat is actually a lot greyer than it looks in the photos. Need to upgrade my photo skills as well! 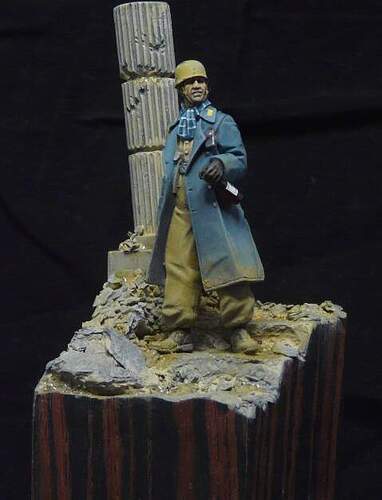 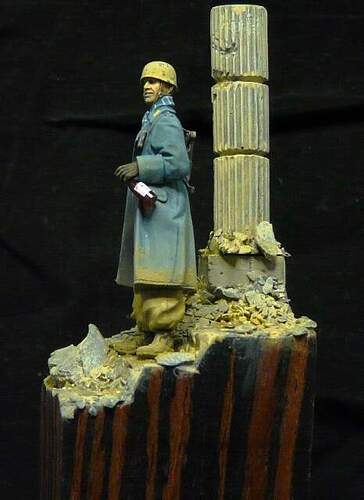 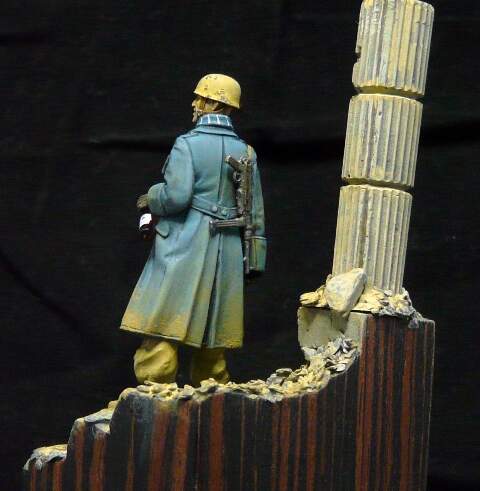 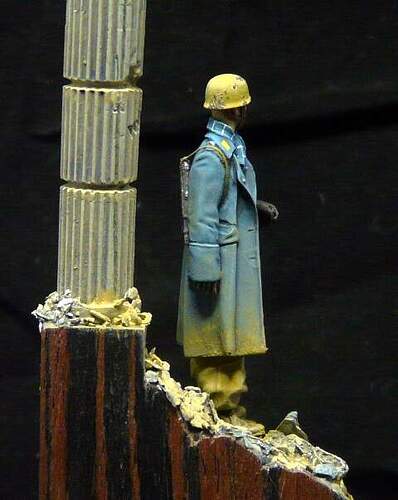 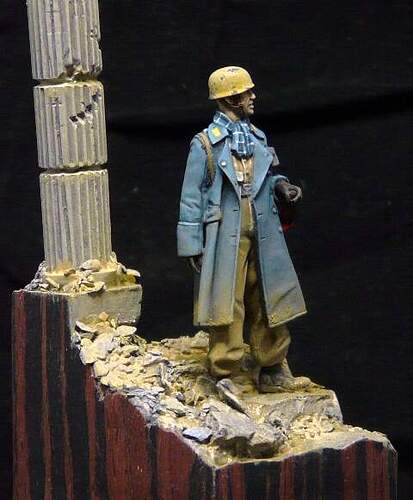 Nice job! One question/criticism; the Sicilian campaign took place during July - August, the hottest times of the year. Would there be a need for greatcoat and scarf?

Ever hear of climate change?

Must have been that mini-ice age that happened in the Mediterranean in mid-'43. The Allies covered it up!

That’s the one! I remember now

You could place him in the ruins of Monte Casino. After the American bombing raids of mid-February. Still cool at night and mornings.

Good point Leo, in all fairness, the set was called “Lions of Cassino”.
Maybe he took a wrong turn after a few bottles?