Hi folks - I am starting a new project with the AFV Club Flak 18. Does anyone know what the appropriate paint colors would be for the 88 in North Africa? I was thinking RAL 8000 over German gray. Would there have been Flak 18s in the disruptive 8000/7008? 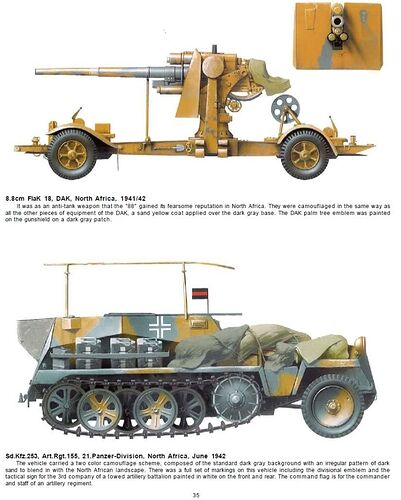 Another sand painted one :

some photos from google
2 flak 18s, the last one the big arty piece whose name I forget but shows dark base with loadsadust 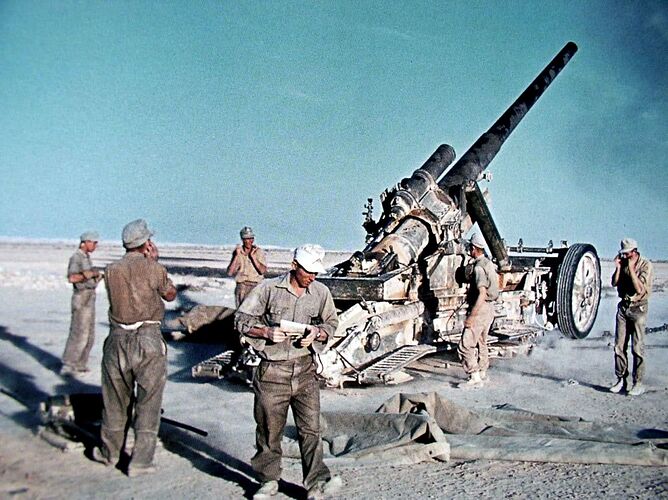 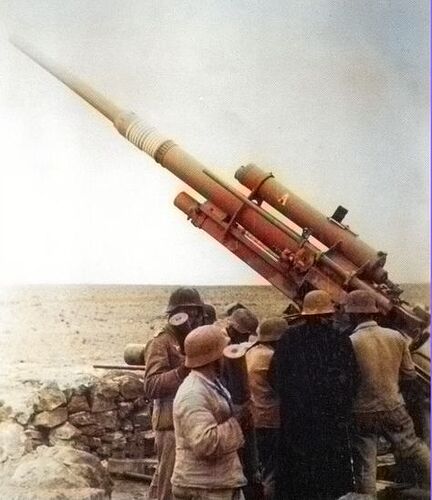 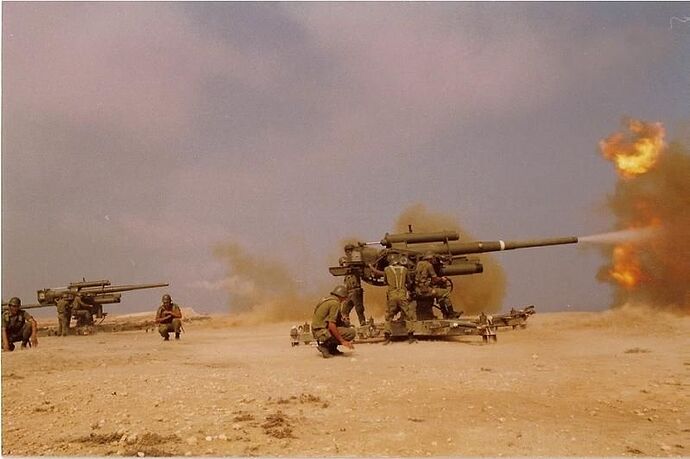 @Skinny_Mike Mike,
I think a rough guideline to color choice may also depend some what on time period in question. Something along the lines of this:

After March 1942, Inspectorate 2 ordered that gelbbraun and graugrün were to be replaced by brown (braun RAL 8020) and gray (grau RAL 7027) once existing paint stocks were depleted, using the same pattern.

Those are great pictures Stewart! thank you - that really helps alot.

The time period is kind of the question. I’m trying to be generic, which obviously doesn’t help that much!

the last one the big arty piece whose name I forget 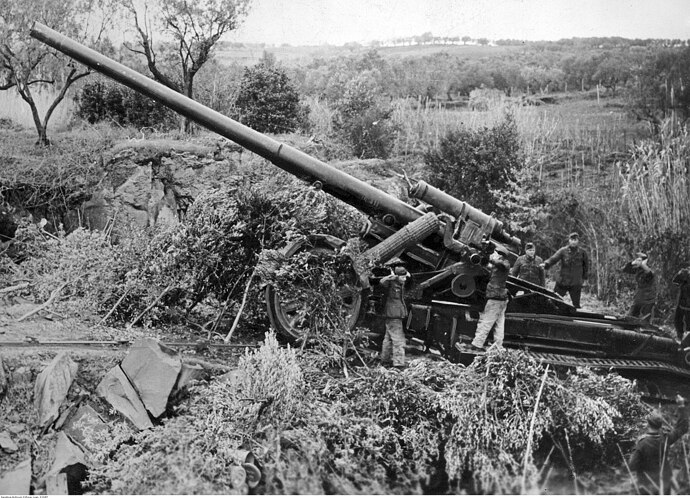