I built this Tamiya King Tiger from the 70s many years ago. All my models had been since given away. Now I am trying to build some of the subjects I worked on long ago. 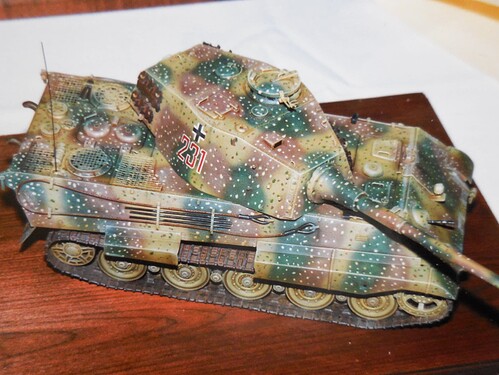 I chose the 1/72 Flyhawk kit as it is well detailed. Initial paint scheme using Tamiya new dark yellow, dark green and red brown. I painted the dot with stretched sprue. 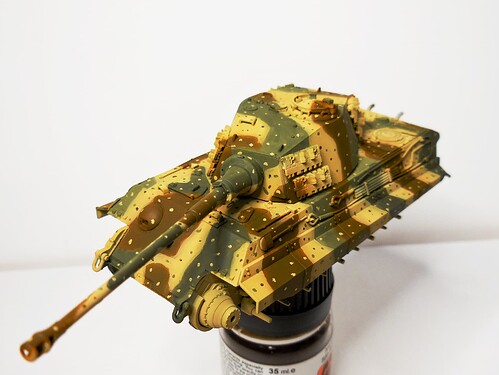 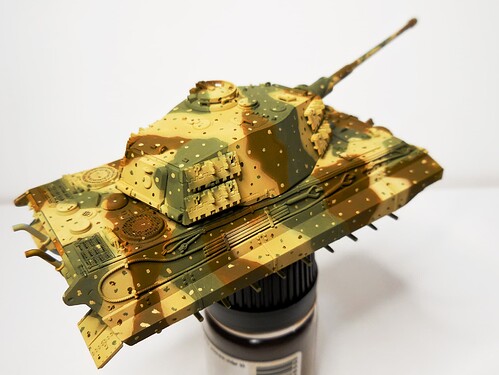 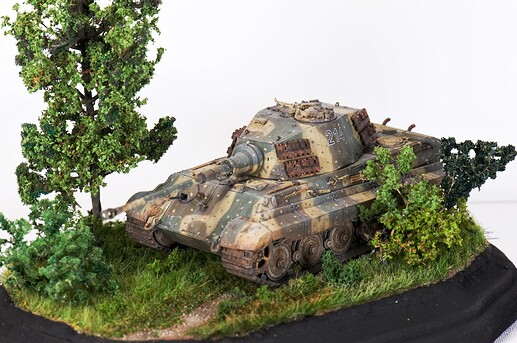 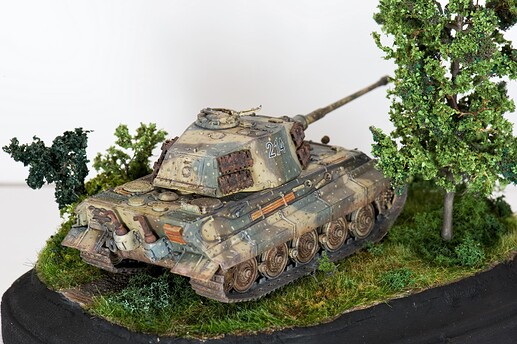 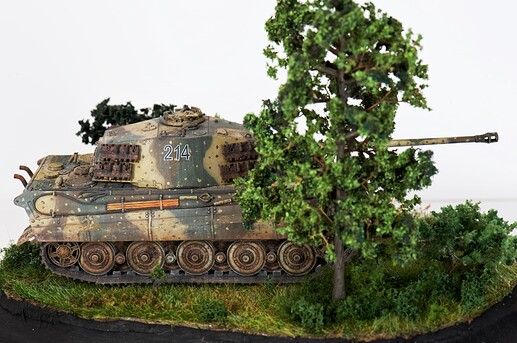 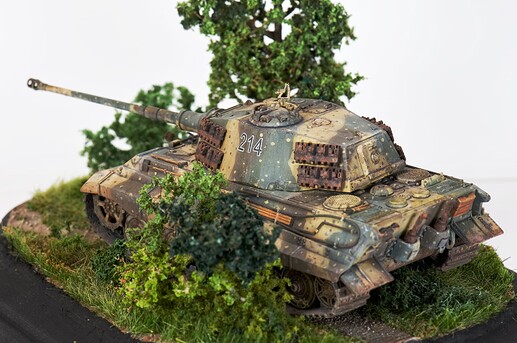 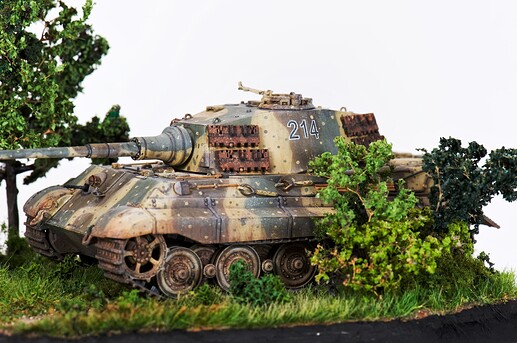 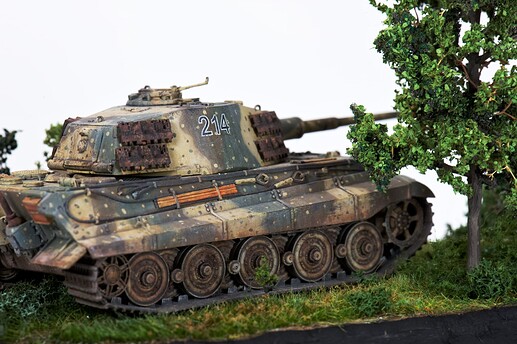 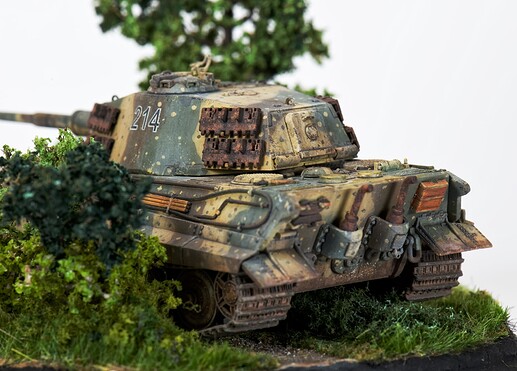 Very nicely done, and the veggie is also well done. When you say you used stretched sprue to do the dots, did you just cut off the sprue at a suitable diameter and use the end to “dip and dot”? I’ve never thought of that! I 've always used a fine pointy brush and got ugly squishy “dots” - I’ll have to try out your method.

Thanks for the compliments Leo. As for the stretched sprue, I just cut to the desired diameter like you said. You can vary the size of the dots by either loading more or less paint on the sprue end. In addition, I found that if I did a light quick dotting with the sprue, I was able to get a smaller dot. If you do try this method, remember to clean the sprue end often. I used Tamiya paints without thinning to do the dots. Hope this helps.

Nice work Collin, I really like the ambush pattern camo, I tried it myself once on a 1/72 panther but it’s difficult to do. Also the base itself is nice and green, but I think the tiger needs a little push into the ground because now it’s floating a little above the groundwork.

Thanks Jacob for the feedback. The mistake I made was that when i put the DAS clay down, I level it out too much and only a thin layer deposited in the middle of the base. After sprinkled on the dirt and gravel, the tracks barely made an impression. Will watch out for that in the future.

Yours is perhaps the best 1/72 Tiger II Ausf. B I have seen. Great job!

Hi William, thanks for the kind words.

It’s my pleasure! You deserve them!

Very nicely done. I particularly like the paint work. I have done one similar, but the green and brown have come out different. I used the older Tamiya red-brown and dark-green. I think I need to upgrade my paint selection.

Thanks Swifty. I do like the new Tamiya dark yellow and dark green. However, I still prefer the old Tamiya red brown. 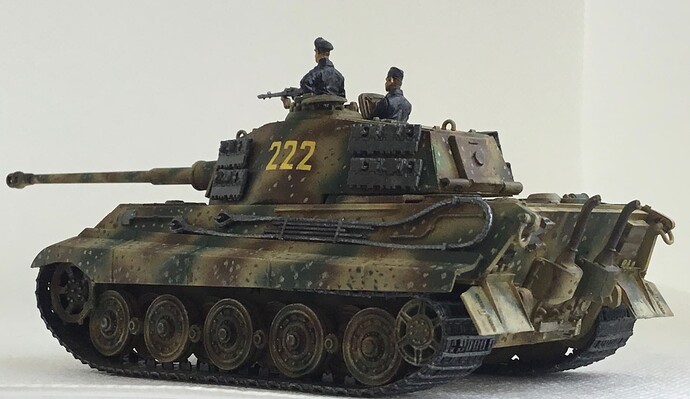 Nice Tiger II Swifty. The green and brown on your KT look just fine. The green I am using is XF-89 Dark Green 2. I did add a few drops of Tamiya Buff to lighten the color.

Thanks. I think at this scale it is a good idea to lighten the green. I used the old XF-61 and added some X-5 to brighten the green. Next step is to create a diorama. I like your one, fantastic rural setting.
I’ve got some Ceasar miniatures (H099) that have some neat tank rider figures. If painted with a spring type camouflage they would be perfect placed in your type of diorama.