Hi all,
Trying out the new forum and testing the picture upload options (hopefully!). The first two photos of the Fries crane hopefully addresses requests for pictures of this kit on the old forum. The Jagdpanther is my take on a Hohenstaufen vehicle, following on from my topic here: https://armorama.kitmaker.net/modules.php?op=modload&name=SquawkBox&file=index&req=viewtopic&topic_id=282605#2375795 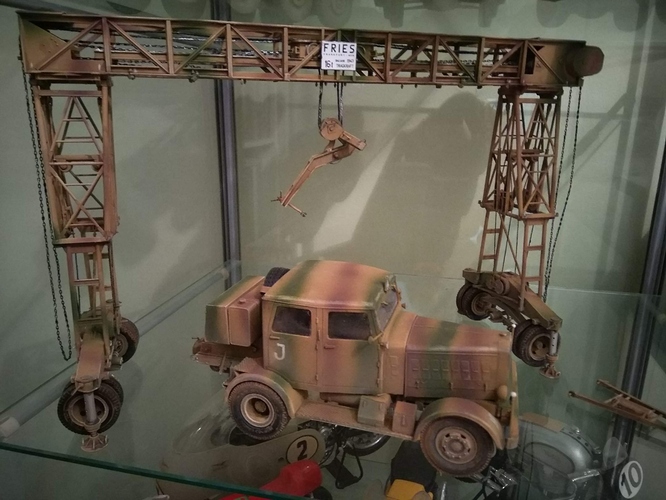 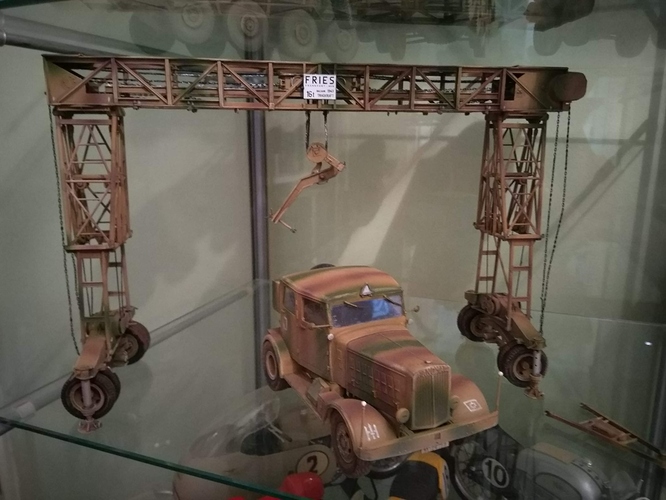 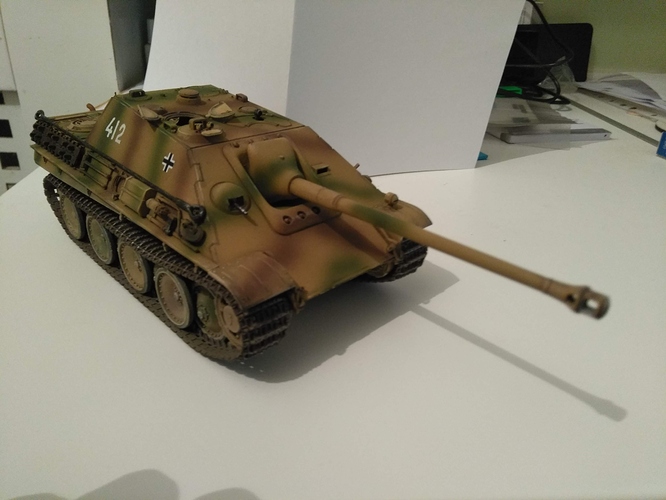 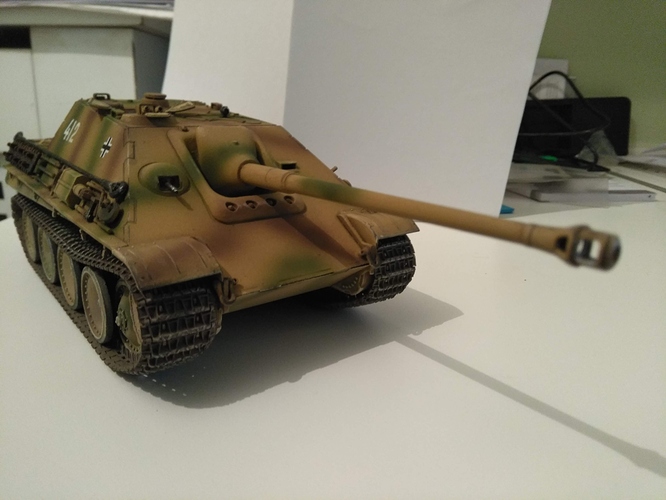 Wow that was easy! A bit more about the vehicles shown - I’ve no evidence that Hohenstaufen actually used the Hanomag tractor to tow the Fries crane, I just liked the look of the kit. The Jagdpanther; after some discussion it was clear that I couldn’t use the kit I had to produce “401”, the vehicle in the pictures, so knowing that 10 were supplied to SS PzR 9 for the Lake Balaton offensive, I extrapolated a vehicle number, knowing they went to 4th Kompanie and figured that some may have had the later gun.BTW all the markings on the Hanomag are hand painted, as are the numbers on the Jagdpanther.

While I like the tractor and JP, its the Fries crane that real stands out! That looks awesome! The height of crane really pulls ones eye to it. Very sweet!

Did Hohenstaufen actually crew the Jagdpanthers ? Or did they come with crews and just get attached for that time period ?

My understanding is that they were Hohenstaufen vehicles. Hohenstaufen personnel were made up almost to full strength before “Spring Awakening”, but the quality of recruits was poor, consisting of old men, Volksdeutsche from the Ukraine whose German was poor and youngsters. So it is likely they had plenty of spare crew for the Jagdpanthers. The allocation info came from here: https://panzerworld.com/german-armor-allocation-february-1945
It is implicit in this data that the vehicles were despatched from the factory to the unit. Had they simply been attached, they wouldn’t feature in this data, as they would already have been allotted to another unit. If we look at the Arnhem battle for example, Stug Brigade 280 was attached during the battle, but not absorbed.

Thanks for that and interesting to know. I take it that no Div markings were added to these vehicles ? In all the images (or the majority) you see of late war armour, not many seem to have been bothered to add their respective Div emblem …

Well there’s certainly none visible on “401”. The unit history of 9th SS lacks pictures of the unit insignia on armour, although elsewhere there is the odd example (e.g. destroyed Stug in Normandy in Dennis Oliver’s Stug book for Pen & Sword). However softskins seem to have been marked, quite often with the yellow on light blue variant of the sword and H.