I have been building multiple sets of tiger tracks and thought I would show some pics later after they all end up being finished. They will included four different sets. Fruil, Tamiya rubber band, Tamiya put together links, and Dragon rubber band.

As I am doing all of them I have some thoughts on all of them. but I will let the pics when I am finished show my thoughts.

First I am curious if others doing the fruils notice how bad they naturally bend in an arc? I also posted a set of Fruil King Tiger to show that they are sitting straight with no issues. I have dry fitted the fruil Tigers and yes, they are kind of an issue. But I will go into that later.

My point might being that with the Tiger set, it might really not be worth it once finished. We shall see. 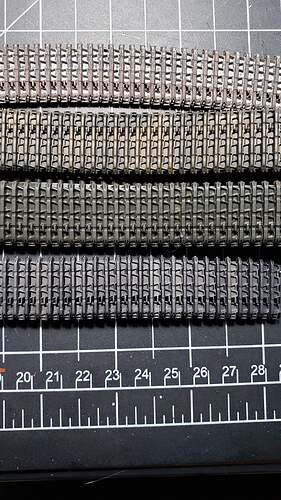 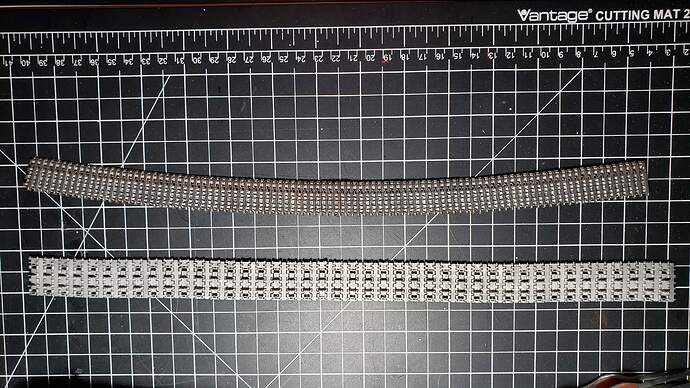 I have assembled 2 sets of Friul Tiger I tracks and have noticed this lateral arcing also. It has to do with the microscopic play in the holes and which end is closed. If you just bend the track run back against a straight edge, it will correct the problem.

@SSGToms is on the mark.

I did an original set of Tiger Fruils with the ancient press down clasps instead of the wire pin and they didn’t have the arc issue. I’ve see the arc occur with other wire pin sets but its been easy enough to sort out.

I have noticed the bend,but like it was mentioned,I just flex them straight,really no issues once installed on the model.
Once I used straight pins with a dome shaped head to assemble,looked pretty good

I have used straightened staples after I drill out the holes for the pins.They are cheap and I have a ton of them. I like the Friuels because there are no ejector pin marks and they want to sag properly.

Im not sure if you can see it easily, but there is a tiny nub on almost all links that needs to be trimmed off and even the one to the left of it also. So you will have some cleaning to do on the links. At first I thought this was the main cause to the arcing. But after cleaning its still the same way. Yes you can stress bend the links once built to be straight. It was simply pointed out that with the King Tiger II link there is no issue at all with the set I got.

If you are a new builder just note that you will want to get a pin vise drill. So there is that extra cost to building your set. Make sure you get a set of bits that are small enough for the hole but long enough that the pin vise can still get deep enough. Both the one at Hobby Lobby and my local hobby store didnt allow for this. Bits were to short and small ones ended up spinning in the handle because it doesnt grip the bit tight enough. 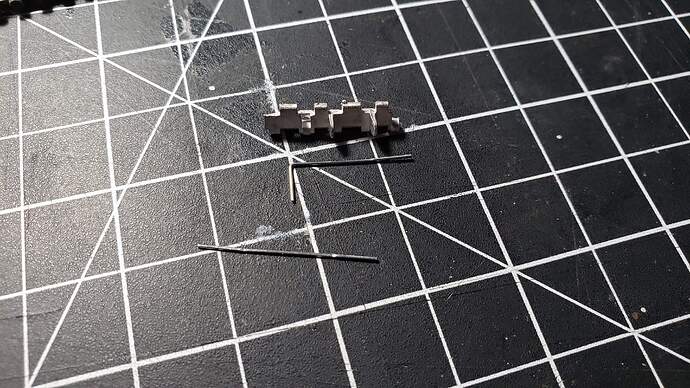 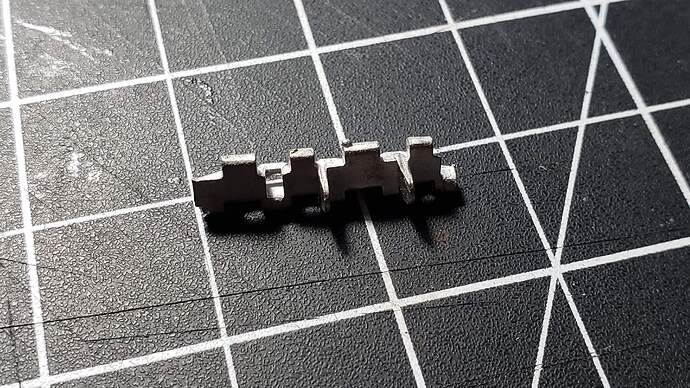 A staple unbent on one side allows you to go three loops deep. Unbend it all the way and you good to go. staples are soft enough not to destroy you clipper when cutting them at the end.

Followed the instructions for doing the blacking solution. The solution I used was VMS it costs $15, so yeah then there is that. I like the product, however if you do seem research you will find the majority of video are from doing tracks of a different style. one with more opening or solid surface areas. You will find that the product doesnt like to go into the gaps on the Tiger I as easy as others!

As far as adding weight they add 174grams. You could just simply add some weight inside your non interior build to get the same weight effect when holding it. 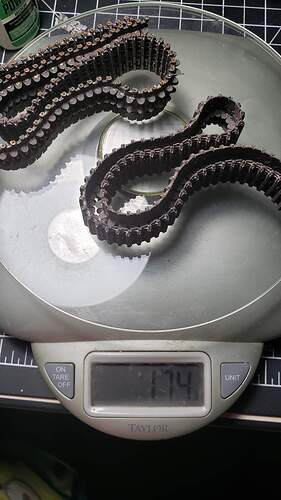 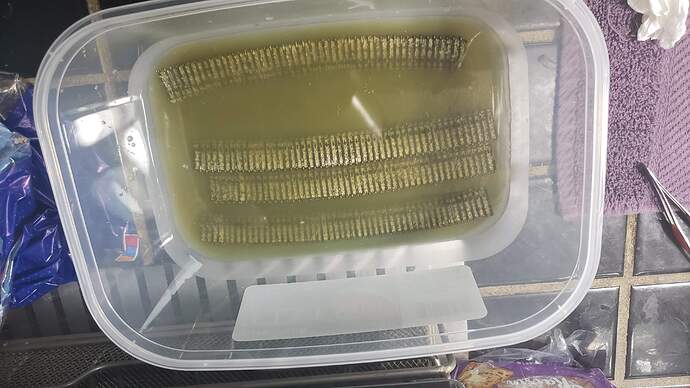 I spent a lot of time building the set. At first I dreaded it, but I did have fun once started. With the Tiger one links expect a lot more time to finish.

When I begin weathering all of them I will post pics of all and the time needed to build each set.

FWIW - Jax makes a patina solution for white metal, plan to try that for the next Fruil’s I weather. Its like $8 for 16 oz. Figured I could try several different ones for the price.

I am not impressed with the VMS at all if using with Tiger tracks. It might very well be good with other model tracks though. I wont be bothering to use it for the King Tiger tracks either.