Hello,
at first for the interested a link to the definition of an imperial city in the “heiliges römisches Reich deutscher Nation”
City gate of an imperial city in the 13th century - “The Feud” scale 1:72
The materials are the same as in my Dio Burg Greifenstein. I used the Reutlinger Tübinger Tor as a model. It’s market day in the city and many people come to town from outside. Meanwhile, 6 knights from the surrounding castles deliver a declaration of feud to a dignitary of the city. This reminds a little of the year 1311, when the city of Reutlingen razed various castles in the surrounding area to the ground because the knights attacked the merchants on their trade route or demanded immense tariffs. Incidentally, among the castles was also the castle group of the Greifensteiner. I have presented the upper castle here as Dio. This Dio is not quite finished yet. Chimneys and dormer windows are still missing. In addition, the base still needs to be repaired. 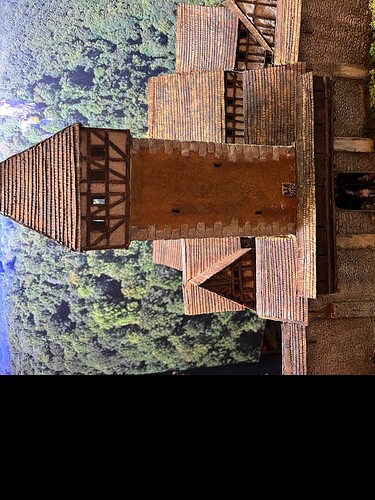 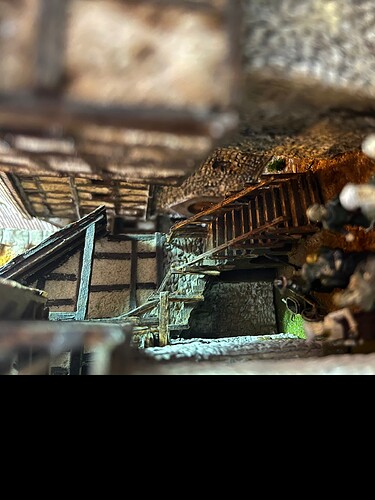 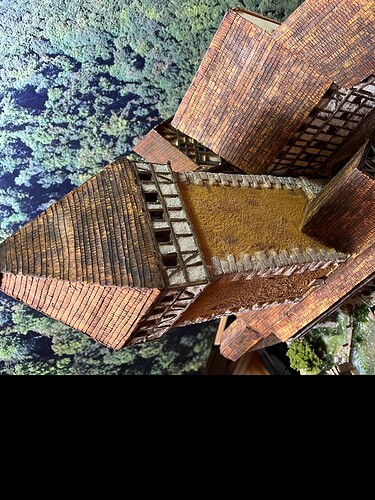 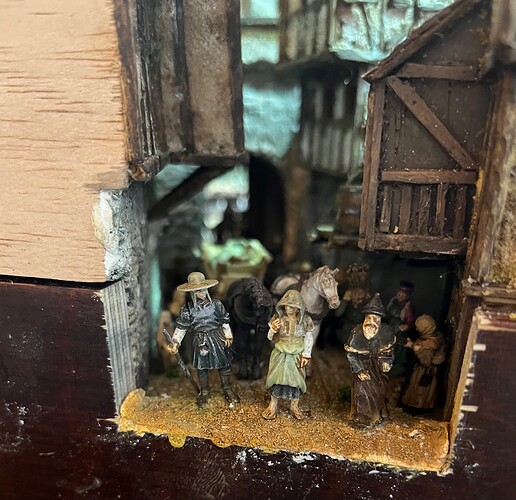 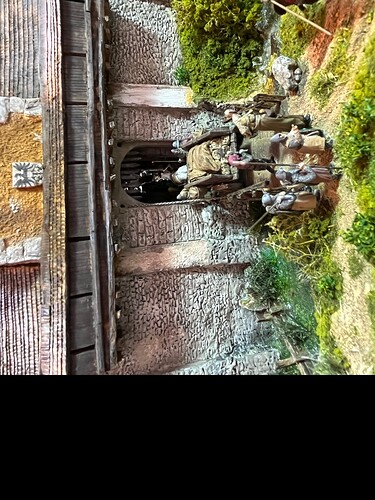 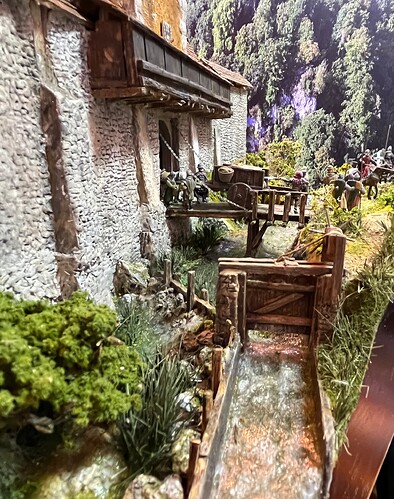 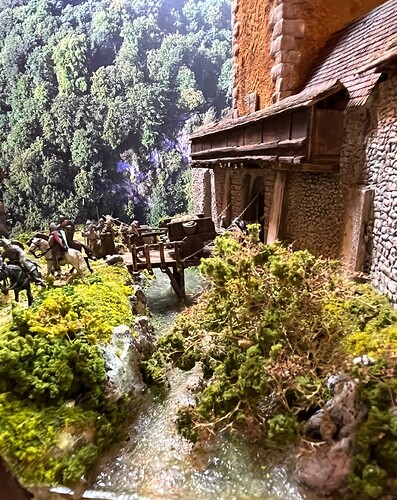 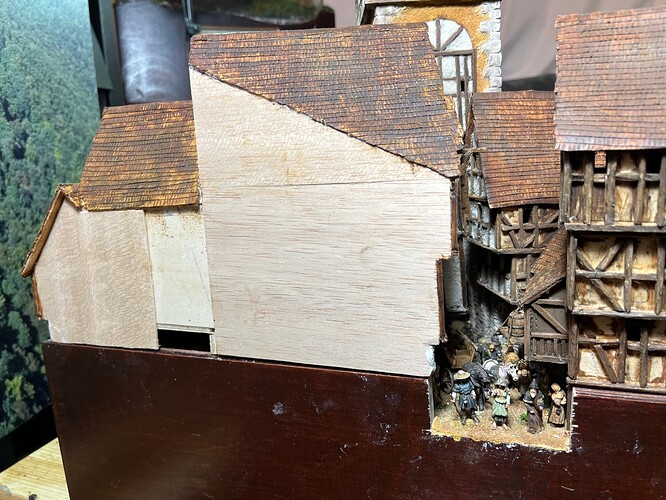 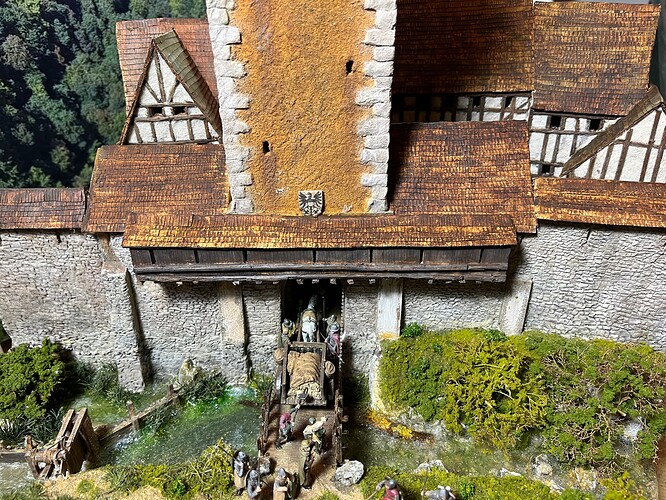 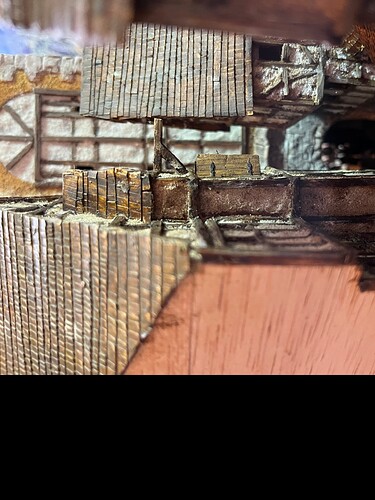 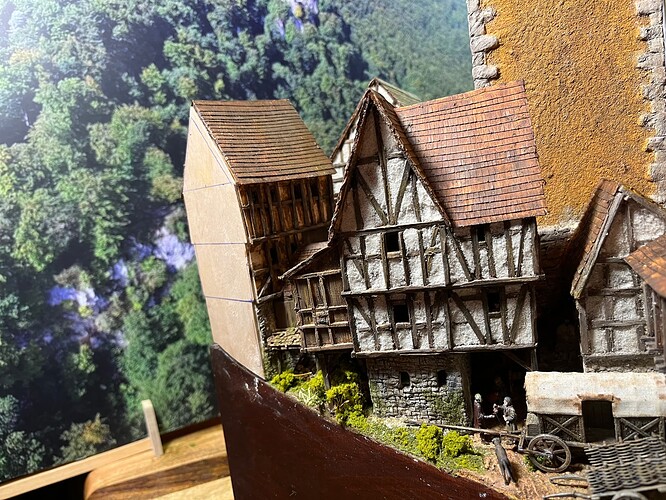 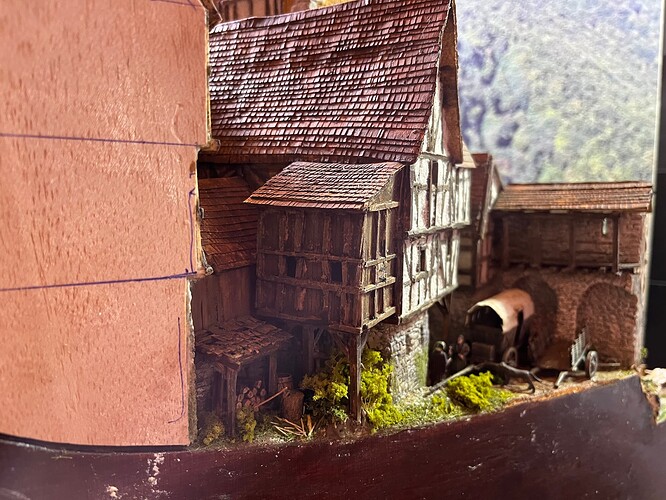 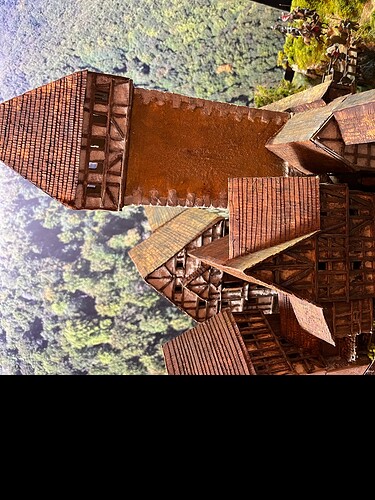 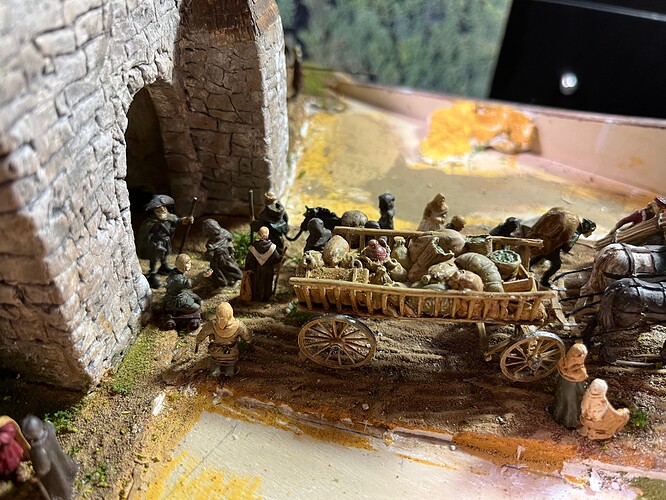 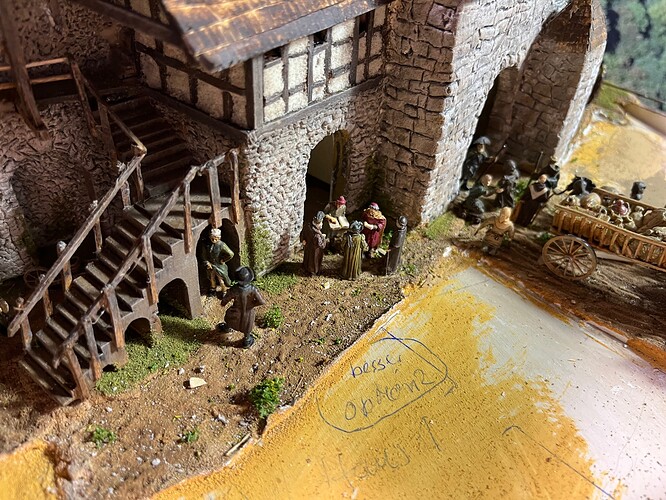 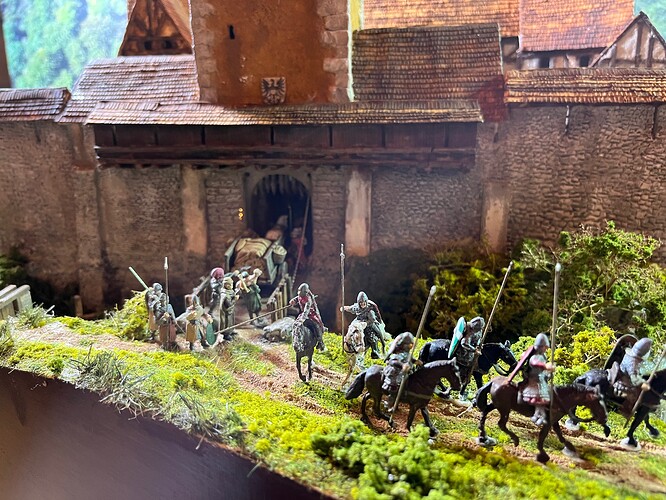