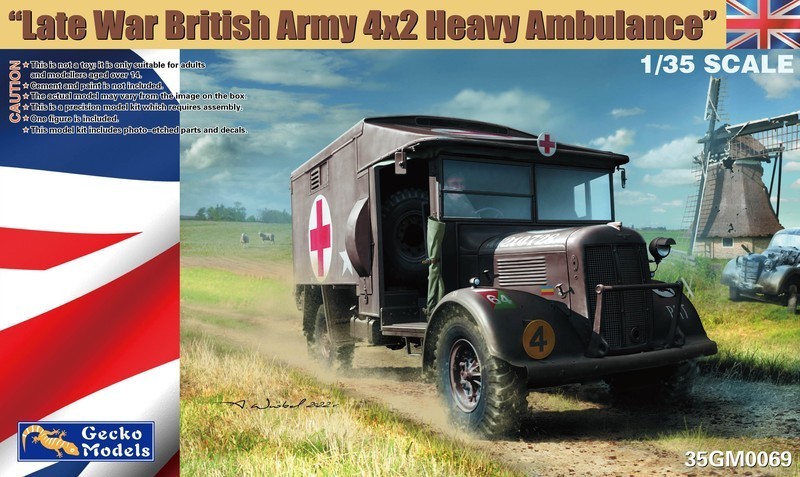 This is partial text from the full article (usually with photos) at https://armorama.com/news/gecko-british-army-4x2-heavy-ambulance
Covkid October 14, 2022, 3:33pm #2

This looks pretty nice, but what’s the story with the Dakota behind? Is this a hint at a 1/35 Dak? Hope so.

What are the differences to the other ambulances announnced before ?

I believe one was issued with a resin figure of then Princess Elizabeth and the other was the Katy featured in the film “ Ice Cold in Alex .”
I could never find either offered from retailers in the USA . This offering appears to be a later variant with whatever changes are required.

What are the differences to the other ambulances announnced before ?

I asked the same question on another site and this is the answer I was given:

"Extended exhaust pipe, different headlight, box ventilators (rather than spinners) on the roof, roof mounted wing mirrors and the four post June 44 North West Europe campaign schemes included. The can carrier might also be configured to take a jerrican, rather than the two gallon cans used previously.

The early boxing allows for a BEF example with spinner ventilators, two larger headlights and bulkhead mounted wing mirrors as well as two North African schemes and a vehicle from the Italian campaign."

and the other was the Katy featured in the film “ Ice Cold in Alex .”

Technically yes… and no

In the movie one vehicle depicting Katy is upgraded with a 4x4 chassis of Chevrolet C60S CMP – Note the front axle assembly: 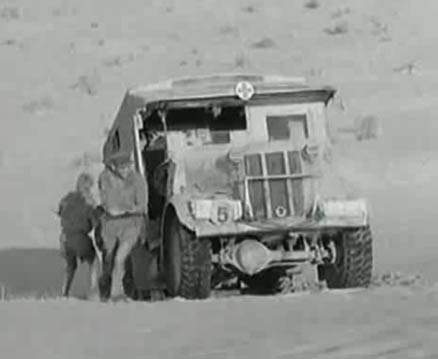 Meanwhile the “famous Katy” with the now-unnamed figure (Princess Elizabeth in the Auxilliary Territorial Service) is now available in the US - it cam in at Stevens International about a week ago. I got one ASAP, and started with the figure.

As nice as another ambulance might be - the most intrigue is what’s parked behind that ambulance. Too much to hope for but a 1/35 C-47 would be amazing! Can also hear the heads exploding with the 1/32 scale crowd