Already seen as cargo in one of Gecko’s 6x6 All Terrain Mobility Platform (ATMP) series of models, they are now releasing these separately for diorama purposes. There are 4 such containers in the box.

This is partial text from the full article (usually with photos) at https://armorama.com/news/gecko-models---air-portable-fuel-container
HermannB February 4, 2021, 4:18pm #2

I wonder if these ones are similar to the ones used by US Forces? Anyway they will make good load for M1120 LHS or M916/M870 combo. 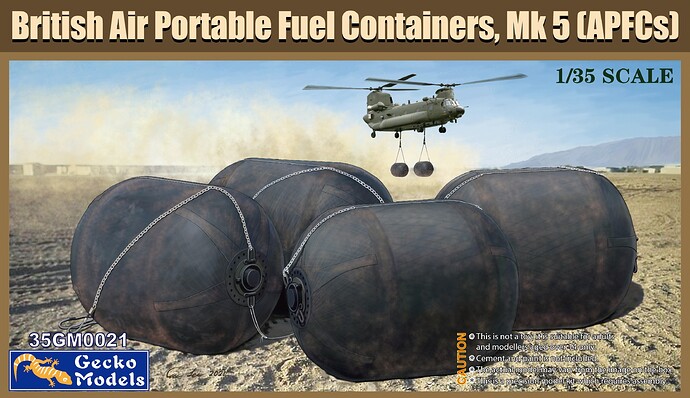 They looks similar, but are not really the same as the US 500 gal fuel blivits. The Brit ones look more rounded at the ends, as opposed to the flatter US version. 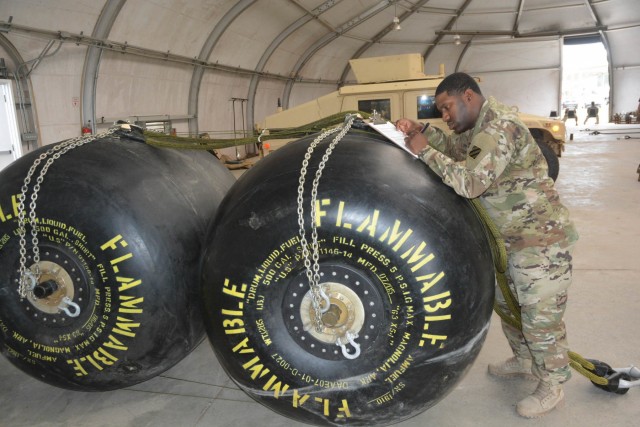 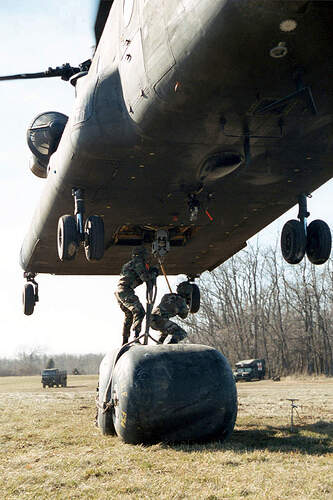 The US type were available from Verlinden… 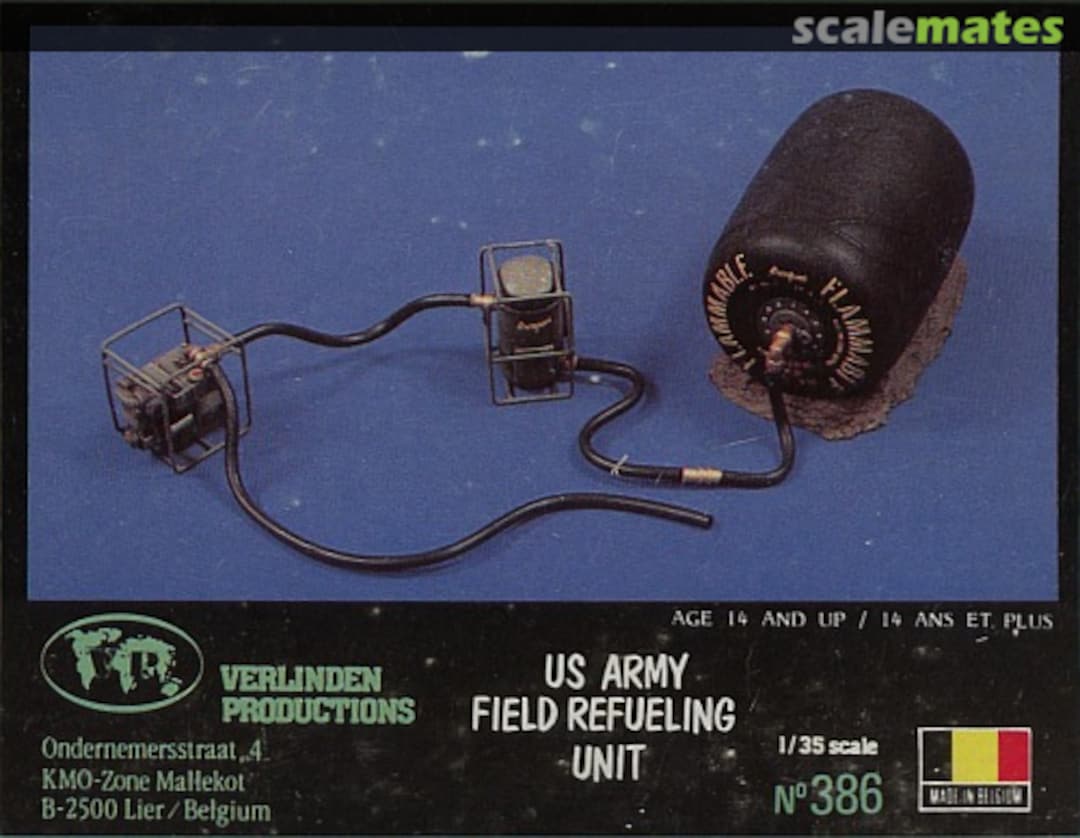 Still available from MMK as well. 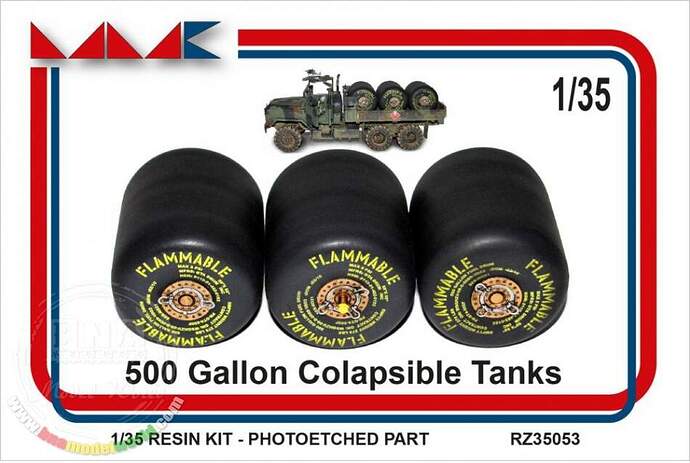 And one of the other notable differences is the lack of markings on the British version, whereas the US ones have the prominent yellow warnings on either end. Thankfully, the MMK kit includes decals for these.

Thankfully, the MMK kit includes decals for these.

The Verlinden set does as well, along with the pump unit, filter unit, and resin pipe connectors and fittings, hose, etc. to hook them up. Verlinden’s set can still be found on eBay and the likes as well.