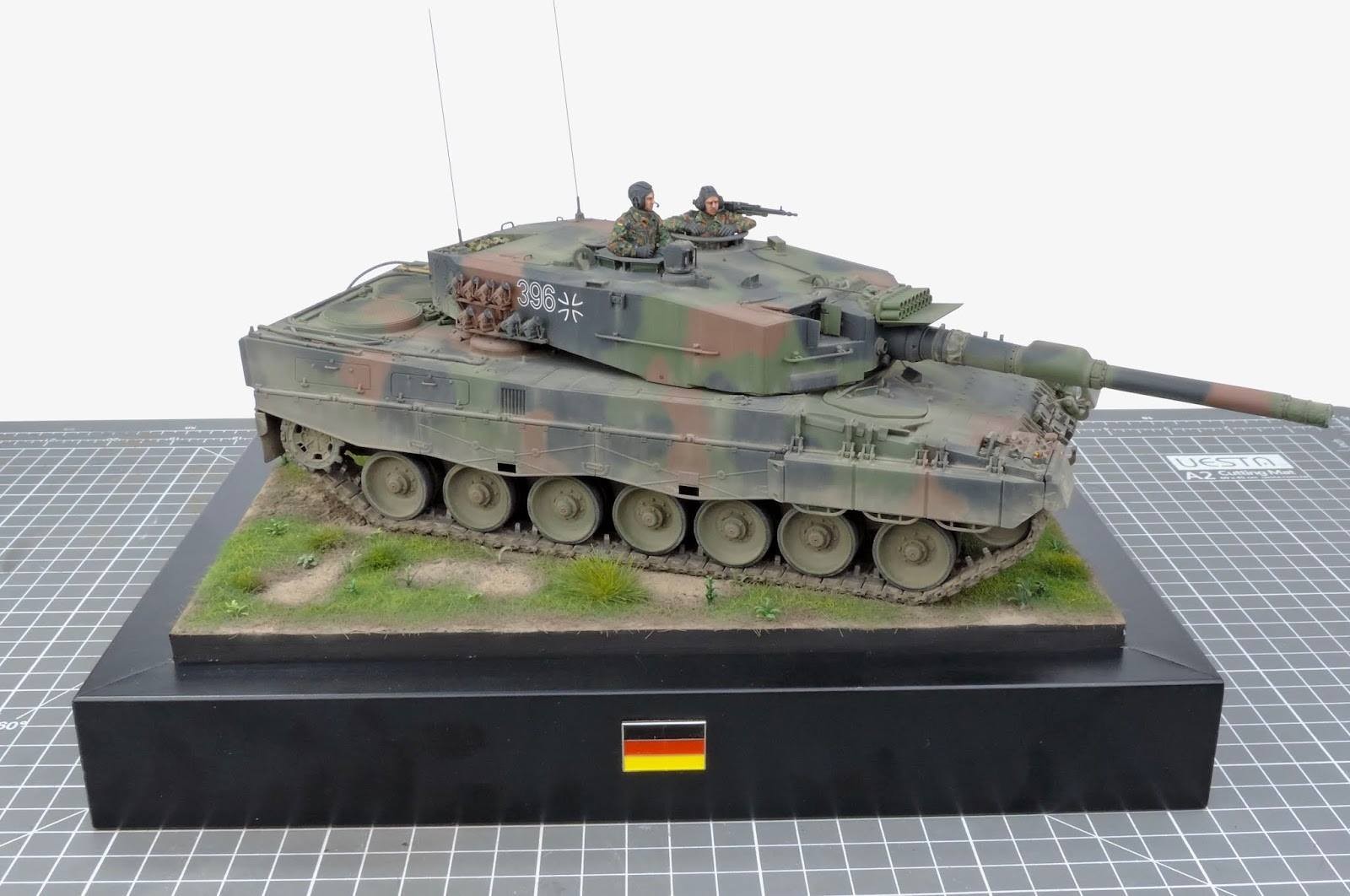 This is partial text from the full article (usually with photos) at https://armorama.com/news/german-main-battle-tank-leopard-2-a4-inspirations-by-pete-smith
system March 31, 2022, 5:32pm #2

This is partial text from the full article (usually with photos) at https://armorama.com/news/german-main-battle-tank-leopard-2-a4-inspirations-by-joao-gilberto-araujo-pontes
1 Like
BootsDMS March 31, 2022, 5:56pm #3

Whoa! Stop right there! This is not a model by anyone other than my modelling mate, Pete Smith.

'Grateful someone does a bit of digging here - and amendment. Something’s gone wrong somewhere, seriously so.

Come on Armorama - catch a grip. Take this down or at least acknowledge that someone, somewhere, is taking you for a ride.

By leaving this blatantly false attribution up, you are endorsing a massive deceit.

@Robbo_Roberts
Check what has happened.

I have contacted the editor and asked him to address your concerns on this model.

Apart from the attribution issue, unfortunately again no info on kit, figures, techniques, or links to more/source… not very inspiring

John, if you identify my original post above you will note I add a link for the originator’s build - you’ll find all you want re this model, and more! He runs a blog for all his builds.

Some 48 hours on nothing, absolutely nothing has happened to rectify this deceit. I would like to know why.

This reeks of complacency and does not, I hope, reflect the true ethos of Armorama, which hitherto, was, by and large, a moderately efficient site; perhaps no one cares - if so, you should, quite frankly, be ashamed of yourselves. In continuing to post this as shown, you are surely guilty of endorsing what must amount to something approaching intellectual piracy (I am no lawyer) - let alone the hard work that a modeller has put into his craft. Meanwhile, Mr Pontes goes on his merry way unchallenged.

I do not have the necessary access rights to do anything about it.
I had the option to edit the title in the shadow post here in Armorama
but I can’t touch the original

Robin, I appreciate that you at least recognise that this was a “wrong”, and thanks for bothering. My ire is directed against those who can, but (possibly) don’t or even won’t. If I come across as angry, well, I am!

But thank you for trying.

Adie has posted another ‘Inspiration’ so he isn’t sleeping.
I don’t know who has the access rights to fix this …
@staff_Jim

This does seem a bit bizarre. As far as I know, on the old site, there would have been multiple editors with the ability to make an amendment to a feature, no matter who originally put it up.

Perhaps this site doesn’t permit that same level of access to the other editors. Having a single point of failure like this rather than a collective resource increases the risk of this type of incident.

Something which I always thought good practice as an editor is to subscribe to the thread attached to the piece you publish and keep an eye on your emails, so that when someone points out a dumb mistake you made, you get alerted straight away and can fix it, rather than allowing yourself to appear foolish for a few days.

I must say as well that this “Inspirations” series doesn’t seem to do what it claims to - I don’t see much here outside the comfort zone of most modellers who frequent this site. This episode also raises the question of how these items are sourced, and do the modellers give their permission (even when the correct attribution is made)?

Many good questions,
I don’t have any of the answers though …

Thanks guys for your input - but I do find this truly wearing; I mean Jeez, how difficult is it with resolve and integrity to fix?

I understand the frustration, but it’s been less than 24 hours, perhaps Jim is the only who can fix it and isn’t online this weekend. I’m sure it will be resolved when it’s noticed by the right person

Yep thanks Brian, I was just making the point again that out-of-context images are lacking in the depth of information most people who come to this site are after. Peter’s blog is great, thanks again for the tip.
best regards
John W.

The feature has been put back into staging, so its no longer viewable.
Andy

To answer the concerns I can take an editors work from live to edit, but once that is done I cannot access it as it goes to that editors account. Due to this difficulty it is why I make sure the editor is aware their is an issue and what the issue is and that I expect them to correct the issue. I understand your angst on the subject but by the same score I expect the editor to address an issue in a reasonable time rather than straight away.