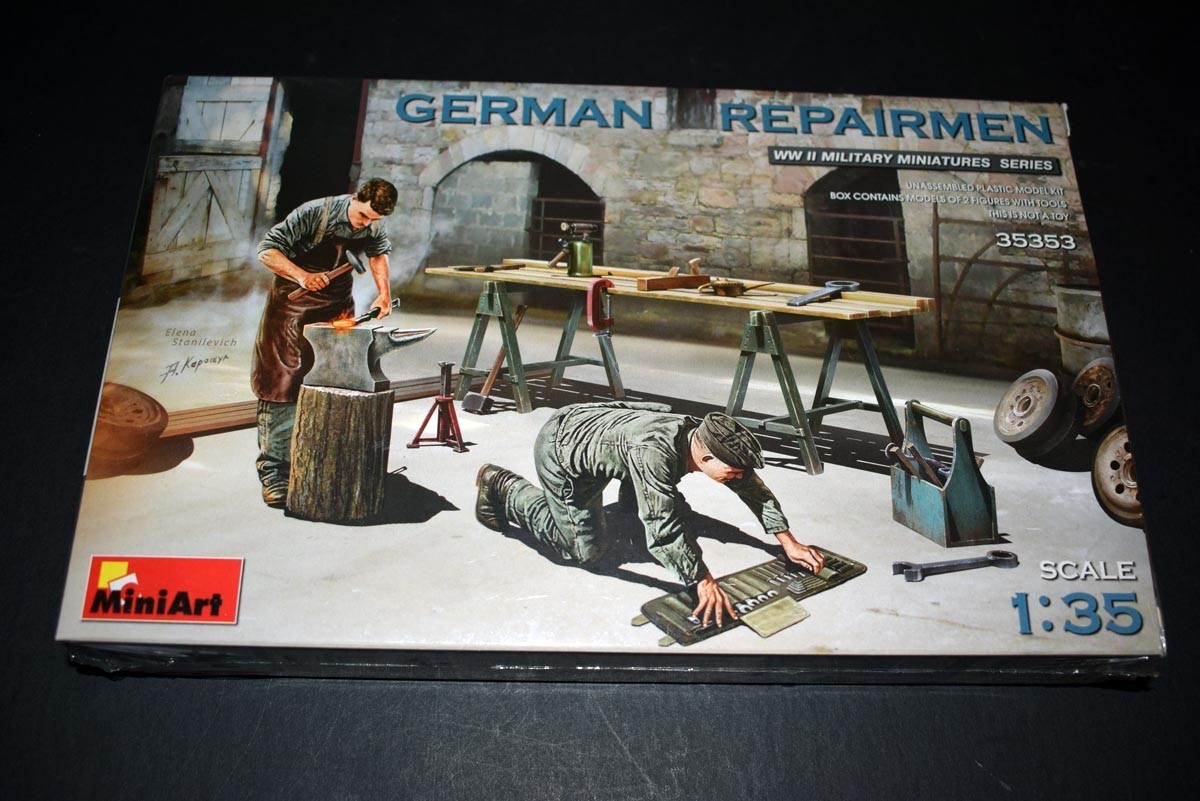 Personally I feel like its a great idea to have more figures in support roles and non combat .

Similar clothing was worn in germany into the 1990s. Sure the boots had steel caps by than but the base was still themsame. Sturdy and long wearing, often greyish in color

These are and others released recently offer a great range of options and time scales. I thought it would be the 60’s or 70’s they were good for and so that is great information.

These support/maintenace figures ( painters, welders,tool makers and now these guys) are so flexible. Minimal tweaking and perhaps a resin head or two. Then add in the various civilian sets- some albeit quite dates but again a great starting point .
Options are virtually endless.