I’m building a Fore Models S-38 and have a question. What is the correct color/colors for the torpedoes? I have seen some illustrations with the torpedoes done in a copper color with a steel head but this is from a Model Art publication and the S-boot has a suspect color scheme so I don’t trust the colors on the torpedoes. Can anyone help? 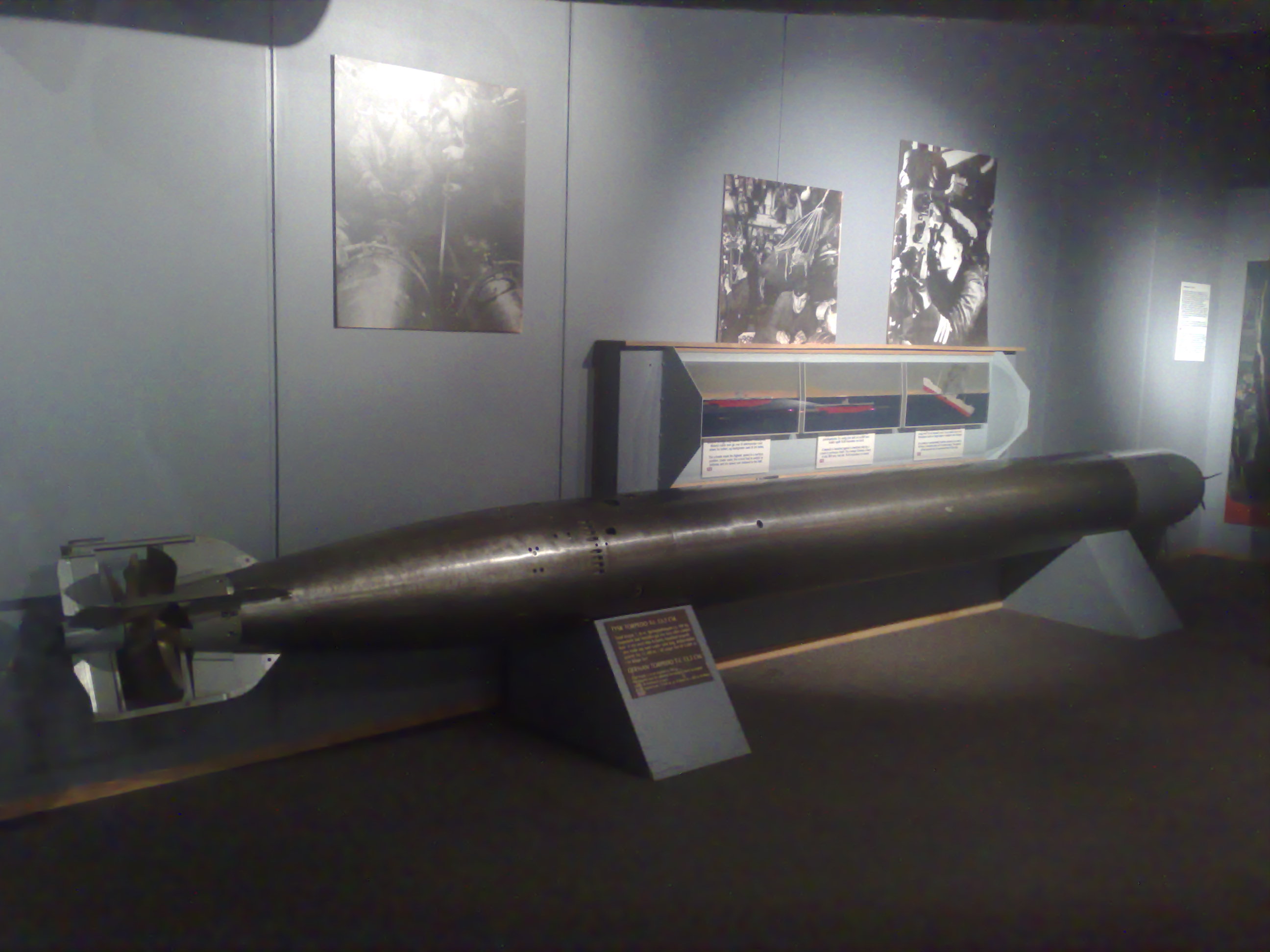 G7a in a Norwegian museum. Bare steel with some variety of light grey.
Torpedoes for target practice had brightly coloured “warheads” to make them easy to recover.
Patterns and colours could be unique for each boat, makes it easier to get your own torpedoes back … 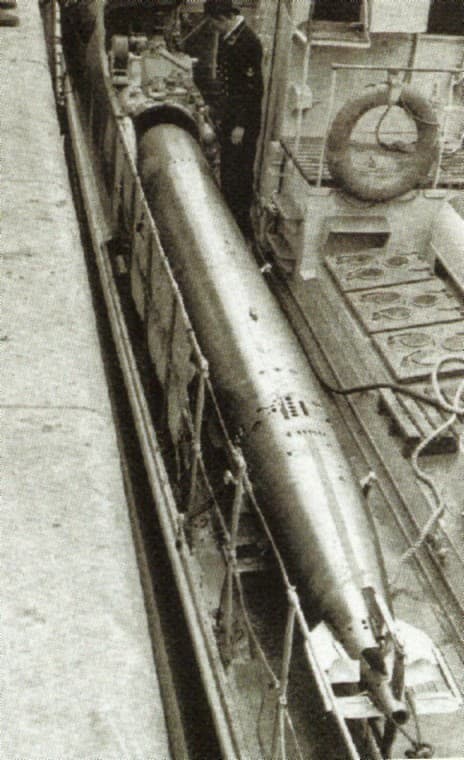 If their practice was anything like in Uboats, the crew slopped so much grease on the torpedo body that the color was indistinguishable.

Thanks so much. This will help a great deal.

Uhhh…before you take my advice (which is only an opinion) check other sources as well before you make a decision.

Kriegsmarine torpedoes were generally (I say generally because there always seem to be exceptions!) unpainted steel with gray tips (red/white striped tips for training torpedoes). I remember seeing one in the British Imperial War Museum years ago that was silver with a brass (gold) tip, but that variation may have simply represented an unpainted tip. 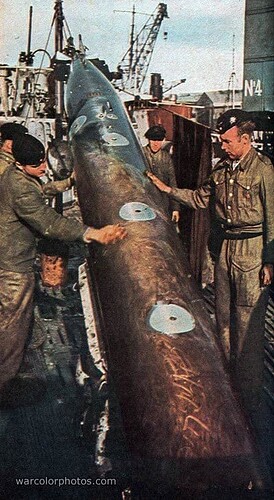 The copper color in the illustration you mentioned may have been an attempt to depict the appearance of the silver torpedo body covered in brownish grease.

Have a look here:
Lighter body with darker warhead. 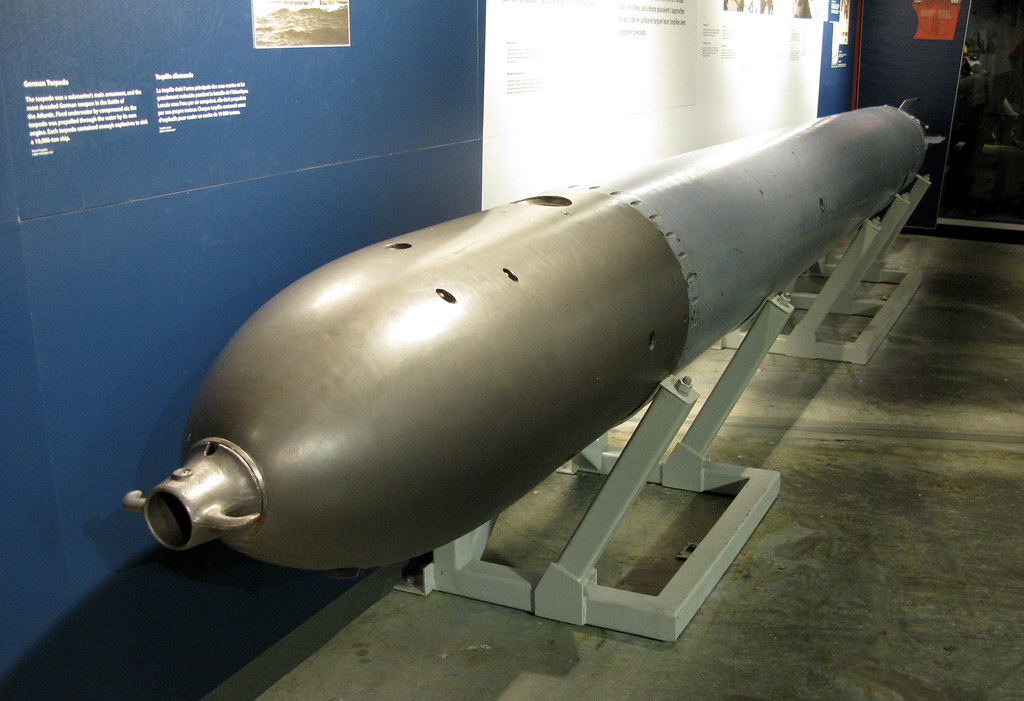 For discussion purpose only
Cheers,