German uniforms worn in the Ardennes

A friend of mine is building a diorama and is asking if any German troops wore the uniform of the troop kneeling in the picture below. 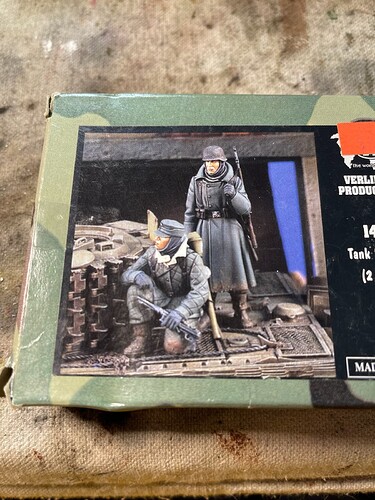 Rich, supposedly there were over 200,00 German troops involved in the BotB from all arms and units … I dont think anyone can say that kit wasnt worn. By images I have seen over the years, the troops were wearing what they could get hold of or keep them warm. I would tell him to go for it. And if anyone questions it, ask that person for over 200K of images showing every German soldier involved over that time frame.

Thank you for your quick reply Johnny; I kinda figured as much. Then again there might be that one guy out there who says they didn’t, but as you say I would ask for photographic references.

LOL … theres always that one guy … But seriously, tell him to go for it and build it up. Looks like a nice set. I have a few old Verlinden sets I keep meaning to build.

In addition to “anything and everything”, there was an SS unit still wearing the “Kharkov” parka, and captured/stolen US clothing was also worn.

Biggles, would you or anyone else happen to know which SS unit in the bulge wore the 'Kharkov" parkas, I always believed that they were not worn on the western front in any numbers. The reason being is that the units moved from the eastern front were moved in November, and the quartermasters had not issued them out yet, they were still in the supply depots in the east.
Having said this, I am sure that someone here will be posting pictures…lol.

It would take me a while to find the exact reference, but it was obviously an SS unit at Kharkov which was transferred to the west for the BOB.

Kharkov was winter of 42-43 of course, which is why they were turned in the spring, repaired (and washed I hope)! Then they were warehoused until they were needed the winter of 43-44, you can see a lot of pictures of them during the Cherkassy pocket battles. Then warehoused again till they were needed winter 44-45, but the SS units transferred for the BoB were sent west, and were not issued them until they returned east in January, and participated in the attempt to relief Budapest where you can see pictures of them again.

Take it as cert that not all and I suspect a great great many never ever got handed back into to any QM for storage. If a squaddie, whether he be Brit, GI, or German gets a bit of kit or clothing he loves and finds impossible to live with out he will then do everything in his power to keep hold of it. He will accidentally lose it in his bergen, or kit bag. He will say its been stolen or lost and it will only then reappear when he needs it. And I am speaking from experience lol … I kept hold of lightweight tropical combats, extreme cold weather kit that was all meant to be handed in …

Yes, Johnny that is true. However I would ask you where you kept your tropical uniforms, in your kit, in the barracks? The German soldiers had to carry everything they owned on their person, or hand it in, they did not live out of their barracks of course, but muddy trenches, bunkers, dugouts and if lucky a dry house. I do not see anyone carrying around those baggy, and bulky winter uniforms for 8-9 months out in the field.

Yeah I get the point you make about the storage and handing kit back in, but what I am just saying is, a handful of troops will always have a work around and keep kit that they think is worth it. Every Army/Company/Squadron will have a supply chain were unused kit could be kept or stashed away. Veh crews - Armoured cars/trucks/tanks have untold places where they can hide stuff away and not worry about it. And the kit they really like they will look after it no matter what. I have a pair of US Matterhorn boots and original red lined British Pro Boots I was issued for Bosnia in 96. They are in perfect condition as I looked after them and paid for them to be resoled once the Army cut back on resoling them. As to my tropical kit … I wore it … the shirt and trousers dried out very quickly when wet and perfect for exercise either summer or winter.

I understand, especially the AFV crews. There are probably not a more inventive people in the world then troops out in the field.

very true, you live/work / fight and sleep in what could become a moving 70 ton screaming dermatitis mobile home … you have to look after it, and you do any little tweaks or adaptions you can to make life better not just for you, but the whole crew… well, apart from the driver, as he was usually a slug who festered in his cab lol

There a handful of pics showing the Karkov parka being worn in the BoB but very very few. The OP asks about the 2 piece reversible winter combat suit. That was used in very large numbers by the Heer in the BoB. But not the SS as Johnny pointed out earlier. Pretty much the only winter stuff the SS had in BoB was the wool overcoat and also sweaters and the wool head pullover or “toque”.
So you can drive on with the fig shown above wearing splinter cammo ala the Heer,
J

Thanks for your replies guys, many good points made here.

I seem to recall there being a controversy about this particular Verlinden product, although I’m not sure. I believe the issue was with the size and orientation of the quilting pattern being too large and diagonal instead of a smaller, vertical / horizontal one. Here is a photo of the actual product;

Can anyone find a photo of the style Verlinden has depicted?
I found one in a diagonal pattern, but the stitching spacing is smaller;

Obviously, variations occurred, but I still haven’t seen one in the larger pattern…yet.

Not sure, but I think the diagonal pattern was used by Fallschirmjager. 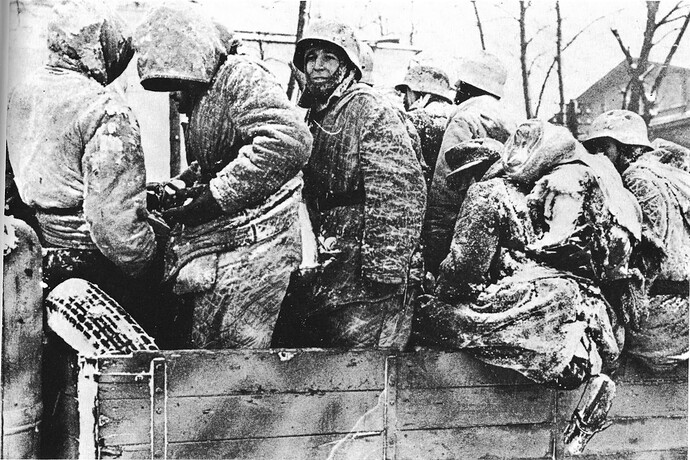 Here is a photo of Heer troops in the 2-piece quilted winter suit in the diagonal pattern, note the smaller stitching pattern. 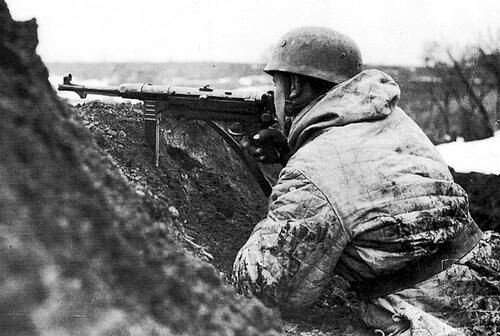 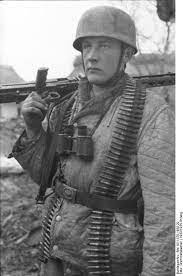 But to be fair, some of their parkas appear to have no quilting at all: 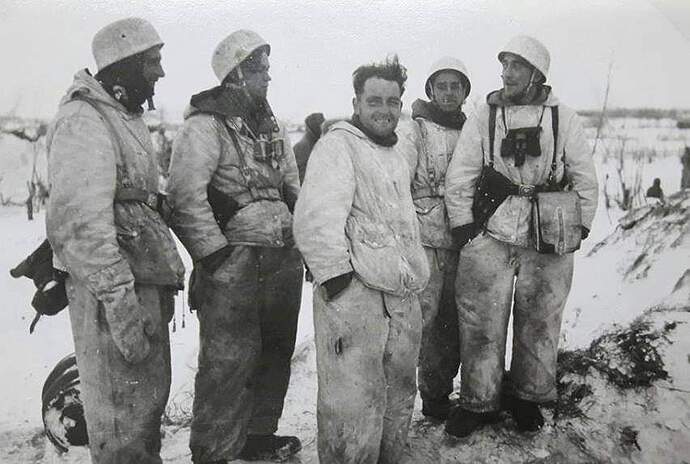 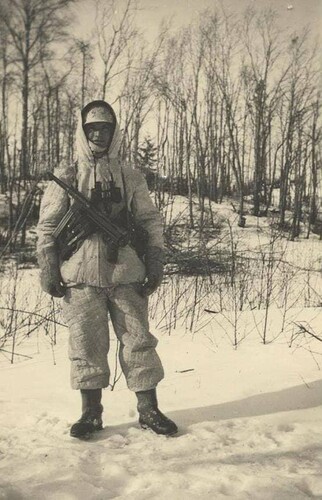 Maybe neither style was particular to either branch; they got whatever QM issued. And…NO QUESTIONS!!

So, we have established that both Fallschirmjager and Heer troops wore this uniform, but the more I think about this, the more I remember people squabbling over the issue that the figure in question is the result of Verlinden “imagineering” rather than a historical representation of an actual uniform. I personally would double the quilting seams by re-scribing the figure, just to be on the safe side, although this would be a difficult task to say the least, or just filling in the pattern and going for the non-quilted look!