Tamiya, IBG and Rich all make a WW2 German field kitchen. Looking at images on the web they look very close to the WWI kitchens and one site mentioned some were used in both wars. The IBG looks to be the closest for a WWI version. I know, odd topic, but I want to add a kitchen to an abandoned scene overrun by the French. So any suggestions?
Thanks

As long as yours has the spoked wheels and some sort of gear showing it was horse drawn you should be GTG.

It never occurred to me what was used in WW1, but yes I suppose they could be interesting little background scenery.
Will have to have a look at what equipment they used back then and compare with the kits.
I keep coming across the Tamiya really cheaply but never give it any thought.

Looking a images, especially with the wood spoked wheels, the IBG looks like a very good candidate.

I’d also say you’re good to go. My brief foray into the German Wikipedia seems to make it sound like that design even predates WWI by a few years.

More importantly, in the grand tradition of the Germans having the best names for everything I learned that auf Deutsch they’re called Gulashkanone.

Thanks H.P. I’d read that earlier and it’s a great reference. I’m going to use the IBG kitchen and call it good. Especially since the web site mentions the same kitchens being used in both wars.

That was a very interesting article. It mentions that each field kitchen was matched with a limber, capable of hauling the cooks and additional supplies. Does a model of that limber exist?

In World War II, what sort of vehicle would tow these kitchens and would that vehicle replace the limber?

The Tamiya kit includes a limber and two horses with the kitchen. I went ahead and just bought the IBG kit as all I wanted was the kitchen.

In World War II, what sort of vehicle would tow these kitchens

Or I guess in this case, Herr Ed.

Despite what you see in all the news reels, The Wehrmacht, and specially the Heer were still detrimentally reliant on horses for transport all the way through the war.

From the pictures that I have seen the German Field Kitchen was much the same in WWI and WWII, wood fired, or maybe coal at times. The Tamiya kit that I built had spoke wooden wheels and a limber, but no horses. As I was using it in North Africa, I mounted it on an Opel Blitz as I had a picture of that and hung the spoke wheels on the sides of the truck. I used some couscous for pasta in one of the pots and some lentils to be sausages in it. Unfortunately, the kit did not have a big coffee pot.
As to another question, I don’t think they tried to haul these kitchens behind a vehicle as the wheels would not take it, so the just mounted them on a truck bed and were off. For infantry units, the horse drawn version would have been sufficient.
Jack

Here’s a neat book about them-

The number of models now available, including so many unusual subjects, is truly wonderful. While I was looking at models of the GAZ-AAA, I ran across one towing a field kitchen which piqued my curiosity. In never occurred to me that building a model of a field kitchen would be interesting. Now I see there are numerous, intricate field kitchen and horse drawn cart models available and they look quite interesting.

Thanks for the link to the book. I added it to the list of stuff to purchase.

A picture says more than a thousand words… 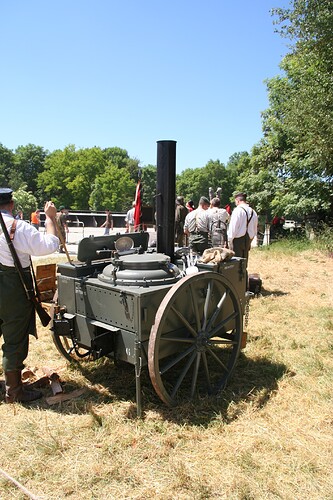 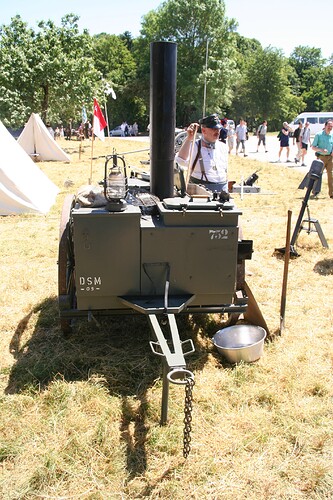 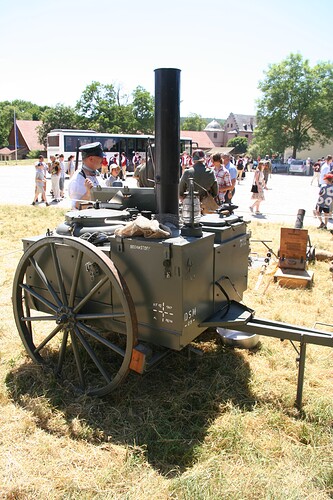 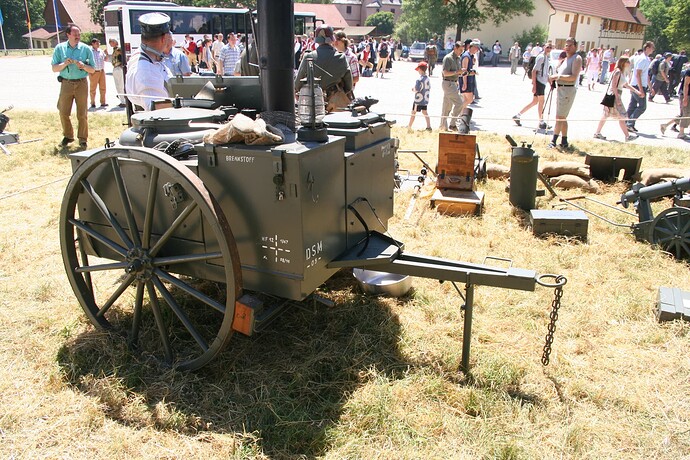 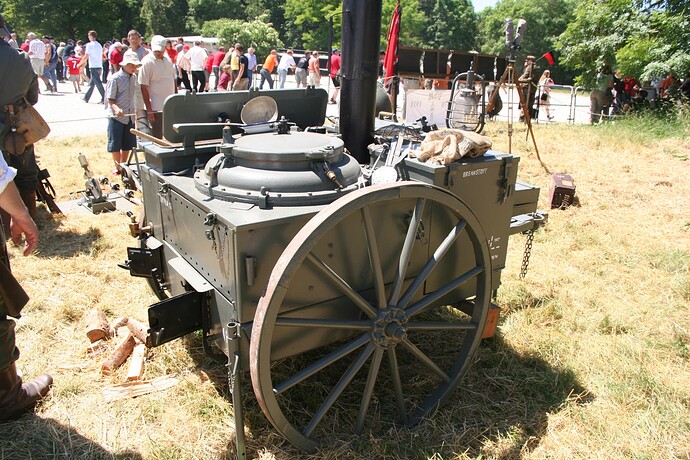 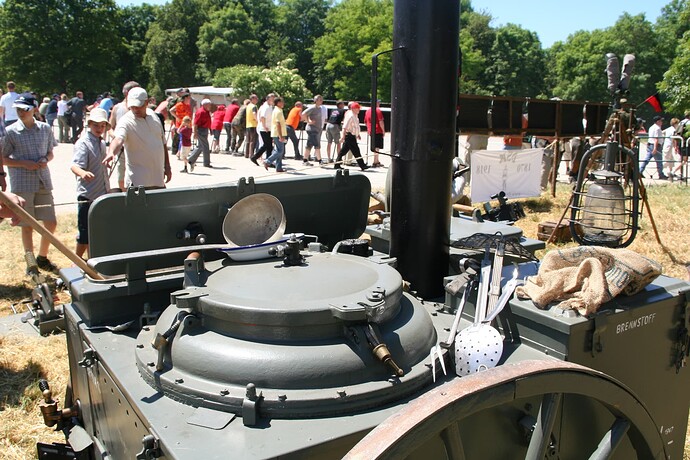 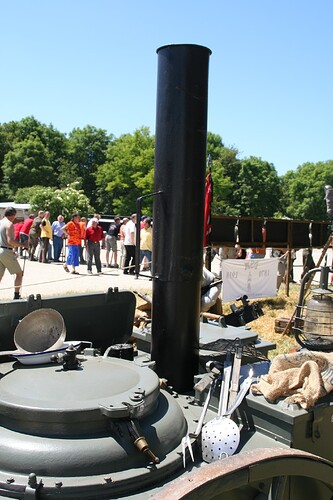 In World War II, what sort of vehicle would tow these kitchens and would that vehicle replace the limber?

Any truck could do the job, like this Mercedes L4500S : 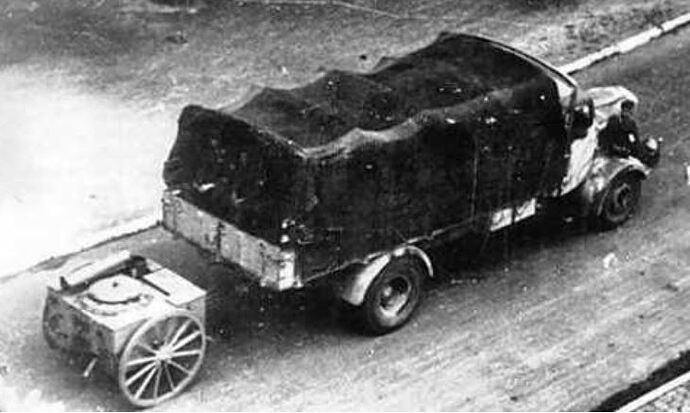 But the steel-rimmed wooden wheels were not designed for that…I guess it was more practical to put the field kitchen in the truck cargo bed : 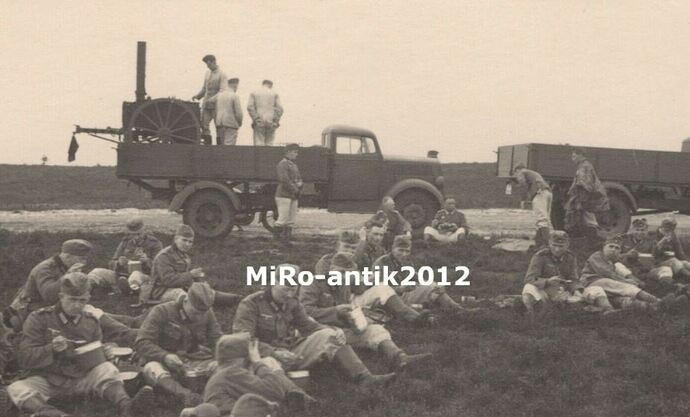 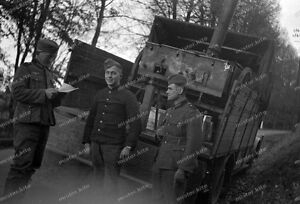 And at least one is probably still in use. I encountered a street food vendor dishing up gulaschsuppe from a WW2 version on a cold winter day on the Elbe River promenade in Dresden a couple of years ago.

Thank you for the pictures, Frenchy! A quick search reveals that AFV Club makes a pretty good model of the Mercedes L4500S but it needs some new tires. I’ll have to think about that. Maybe I should have purchased the GAZ-AAA towing the Soviet field kitchen. Oh well. Too late now.

Did you get any photos of that?
Ken 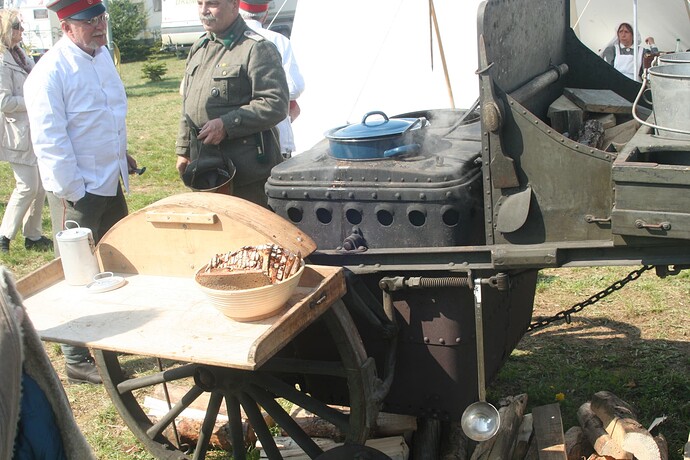 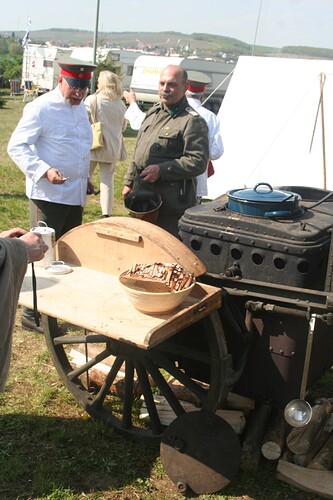 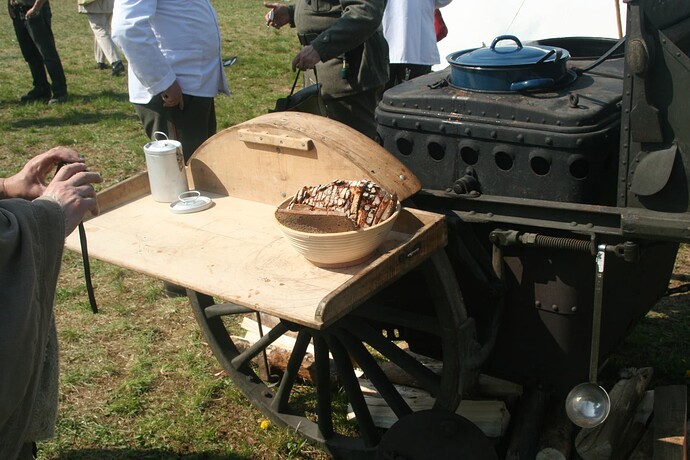 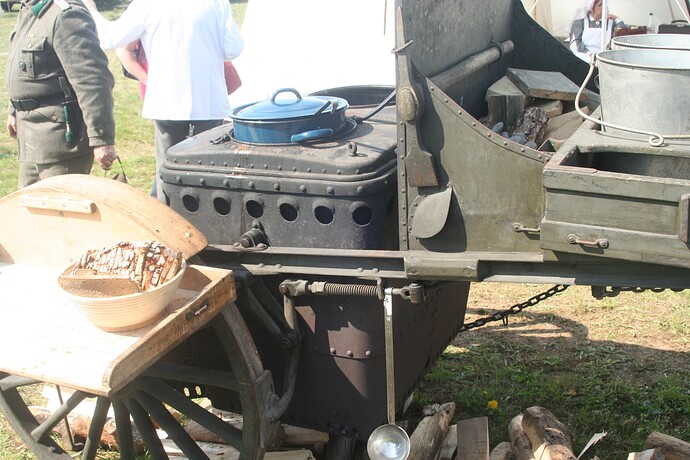 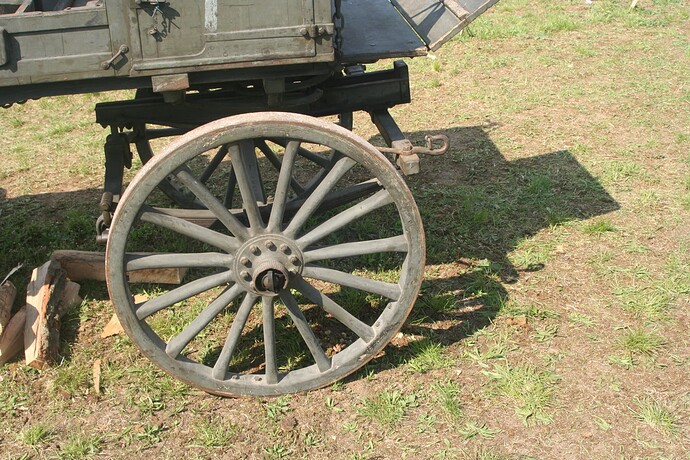 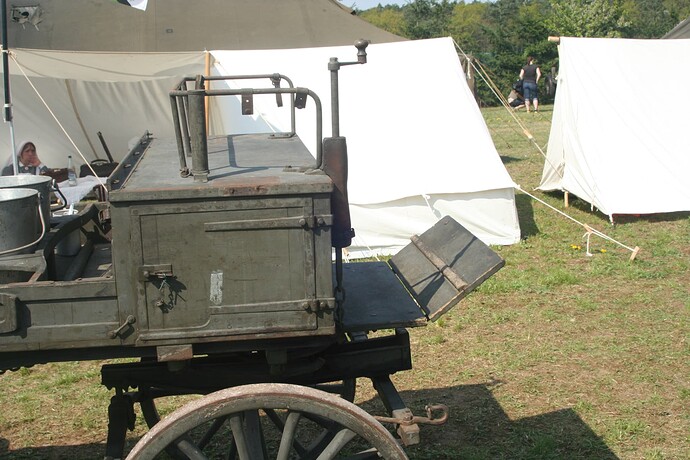 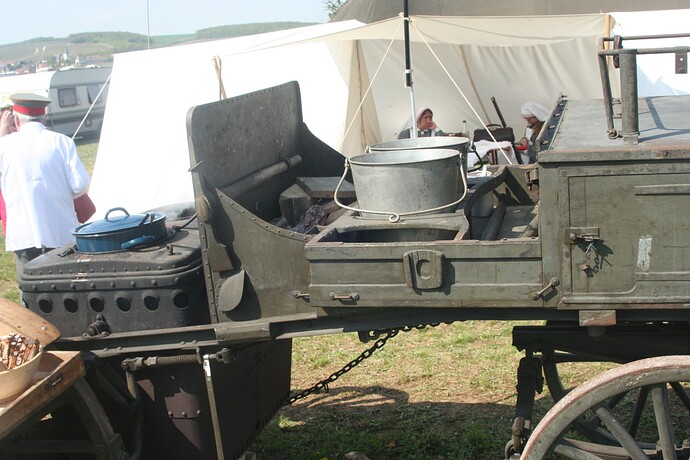 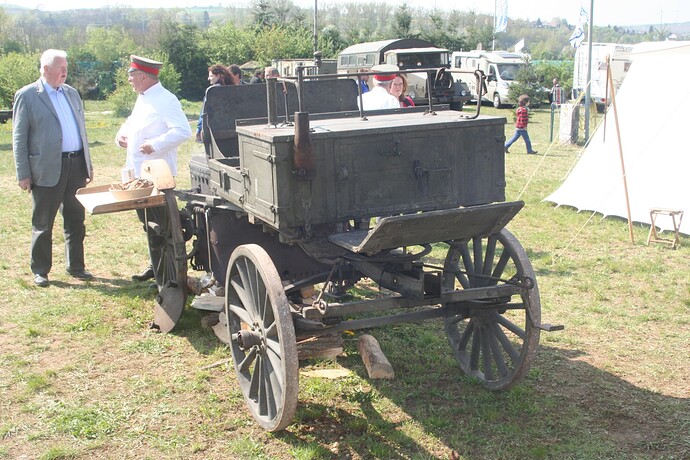 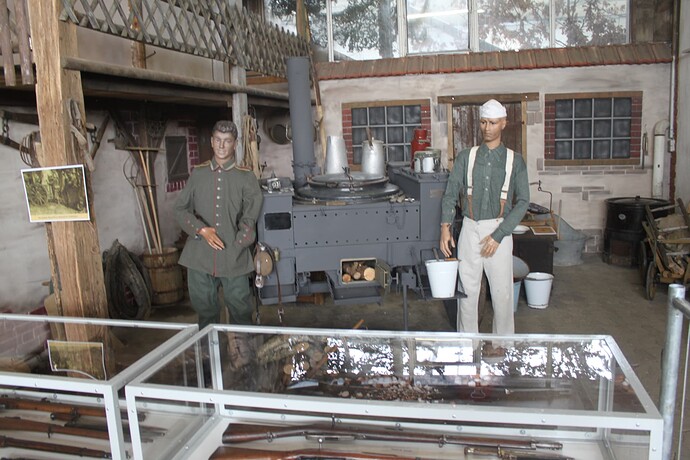 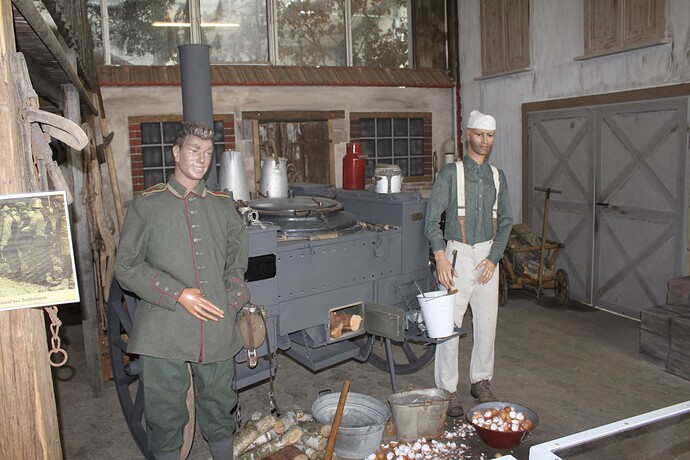 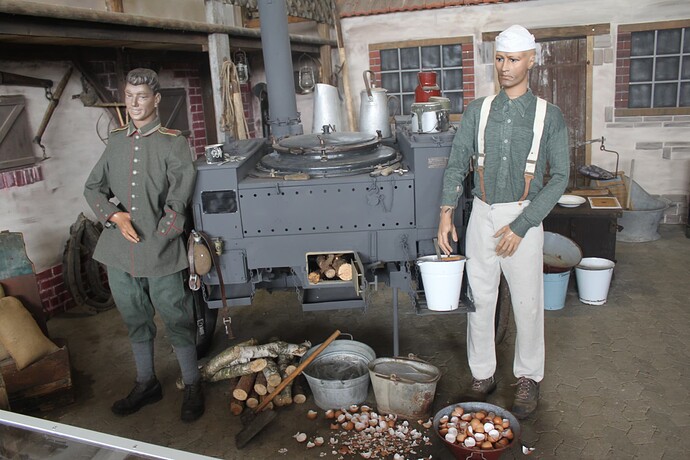 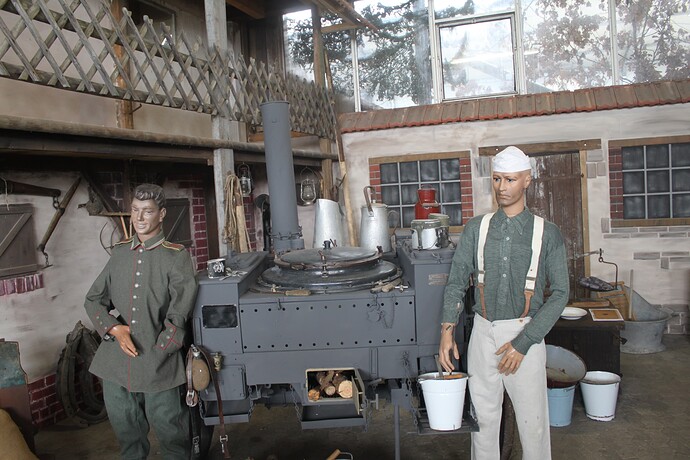 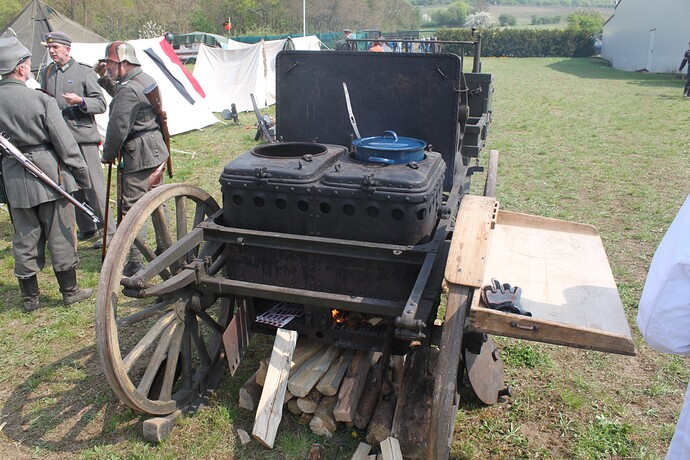 I think the “chuckwagon” fieldkitchen dates as far back as Franco-Prussian War 1870/71.