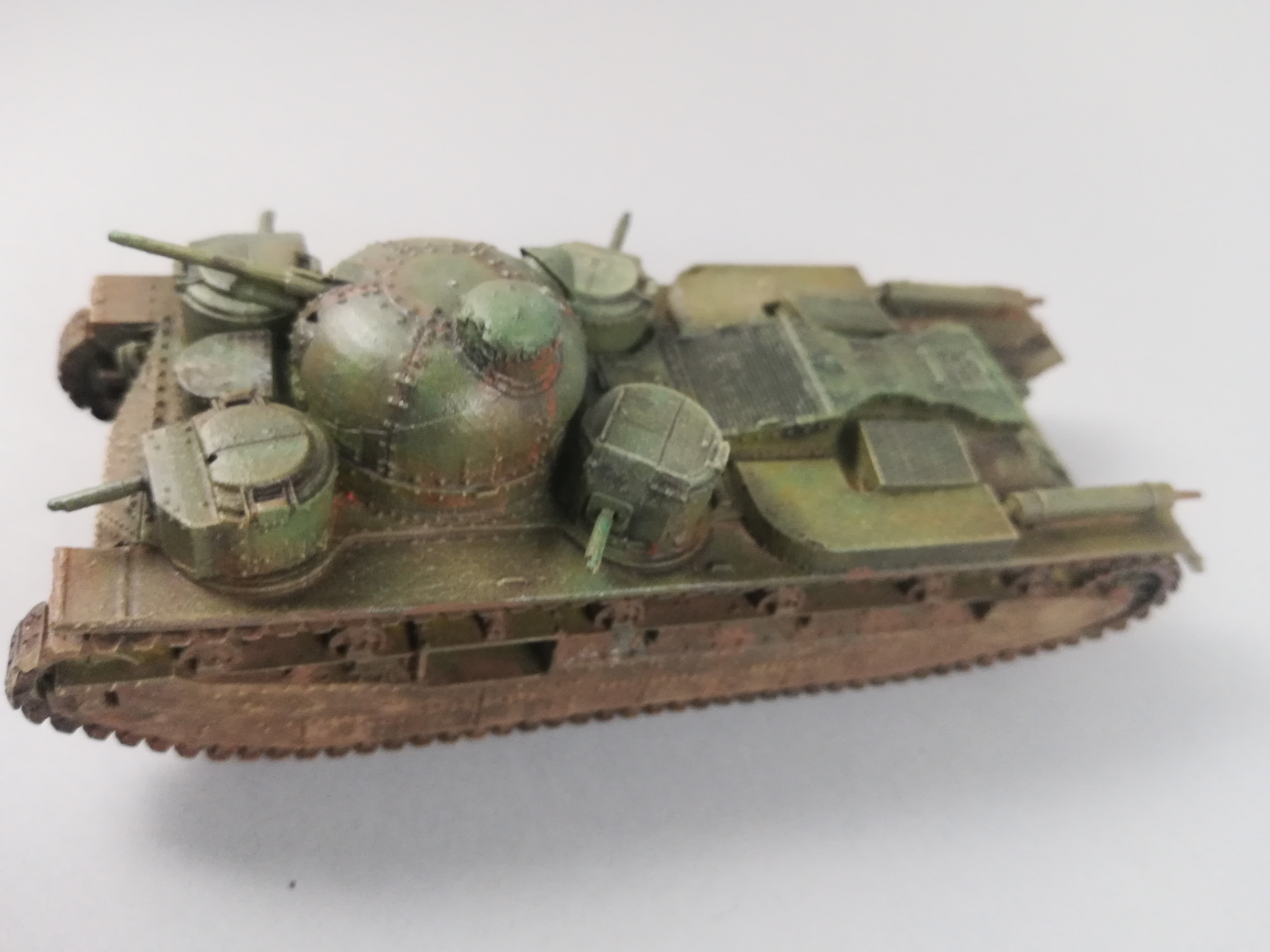 A nice looking little model; I find it quite interesting that in the 20s and 30s multi-turreted designs were seen as the way to go - Germany with its Grosstraktor and NbFzg, Russia with its T-28 and T-35, and the UK with this one-off; the command and control of such a vehicle must have been a nightmare.

I love the fact that this tank was tearing itself apart when turning… Such a weird, esoteric vehicle.

That reminds - me - or rather it doesn’t: I have 3 x Den Bels Grosstraktors in my Small-Scale Stash but am not sure why(!)

I think only the T-28 and T-35 were used in combat, and even they were only used because of the emergency of German invasion.

The T-28 was used against Finland, that’s why they have the majority of surviving examples…