Goods station in the old days

Is it me, or were the (goods) stations wayback better maintained than they are nowadays?
On old pictures you don’t see a single tuft of grass, whereas today you almost need a machete… 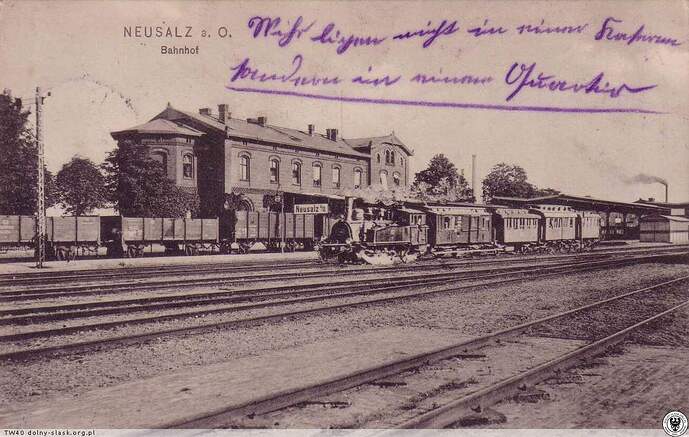 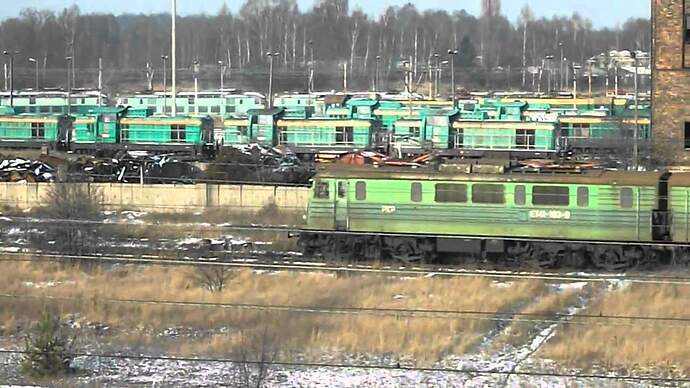 It does pose me with a challenge for my Karl diorama. How to keep it visually appealing…

There does seem to be some small patches of grass growing between the nearest tracks on that postcard.
Frequently used tracks would have black stains from oil and soot falling from the steam engines.
Sand and gravel could be different colours. Different sizes of gravel.

Thanks for the tips 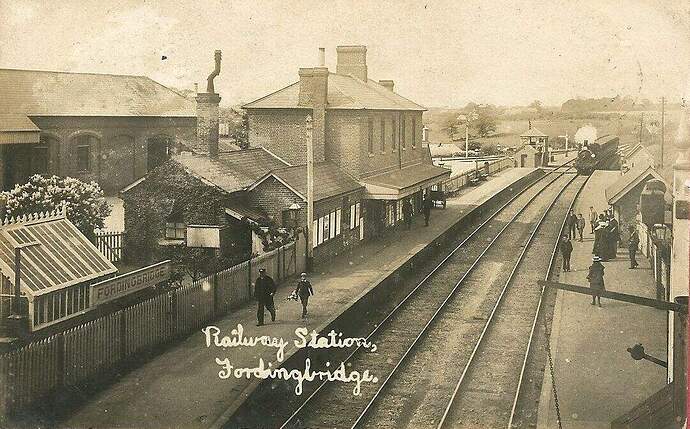 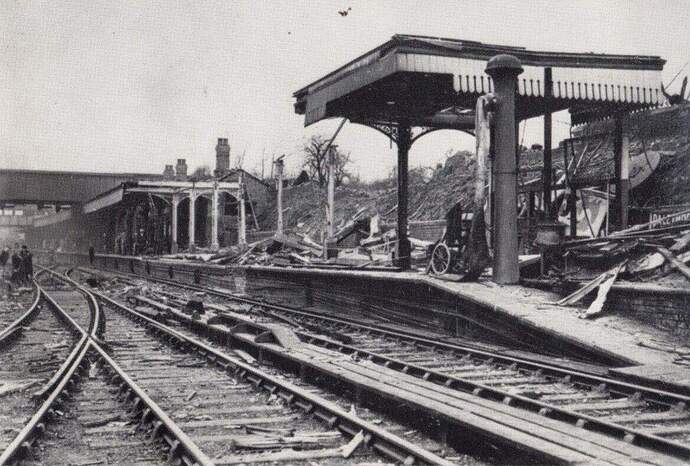 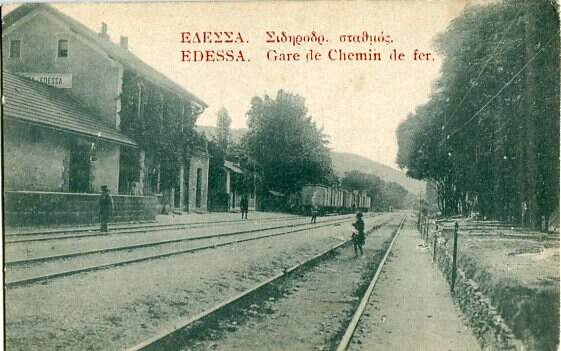 This is the current layout. Not much of a structure to create debris… 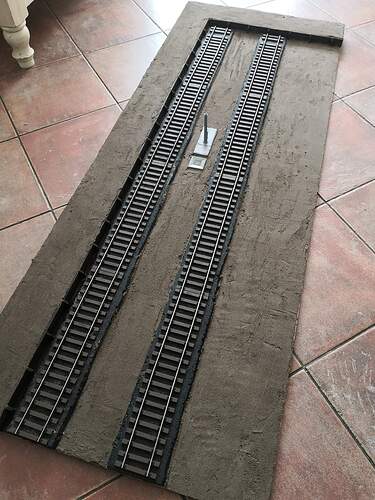 PS It is supposed to depict a station in Warsaw, 17-08-1944, where 2 Karls where used to suppress the uprising. Zui (my Karl) was unloaded there on that day…

Go for colour and structure variations in the sand and gravel.
Maybe a few weeds, with the war and everything it could be possible that less manpower was used for removing weeds. Places where steam engines stood still would get more oil and soot than places where the engine just travelled past.

Thanks for your advice once more… I certainly will place some grass tufts around the water crane …
The rails need finishing and weathering, and the balast is not in place yet. Only some black painted styrofoam

I have wondered the same thing about then vs now. But I am not certain that station grounds and yards get that overgrown now. But here are my thoughts.

Railroads don’t like weeds. On the tourist line where I briefly fired a steam loco, where weeds and brush were growing up, we blew off the boiler - high pressure scalding water does wonders against living plants. Steam era discharged huge amounts of nasty debris and chemicals into the environment. No doubt it sterilized the ground and hindered growth. In yards and at stations where trains started and stopped, it would be more concentrated. Also, during a dry season or drought, dried grass and weeds next to ember or cinder belching steam locos is undesirable.

Modern times, railroads are not as active as back then. That color pix of the overgrown railway looks like an engine yard of stored or abandoned motive power.

Per your Karl diorama, not only would there be pollutants keeping weeds down, but thousands of boots stomping around to serve the guns. Who needs herbicide?

Weed control has always been a concern of railroads. 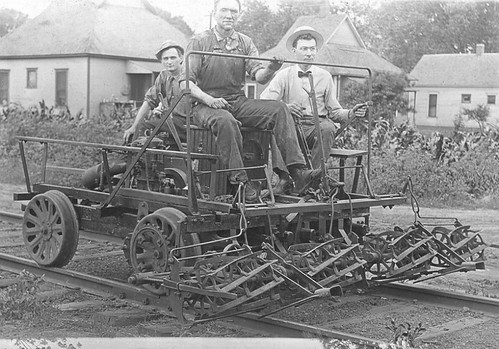 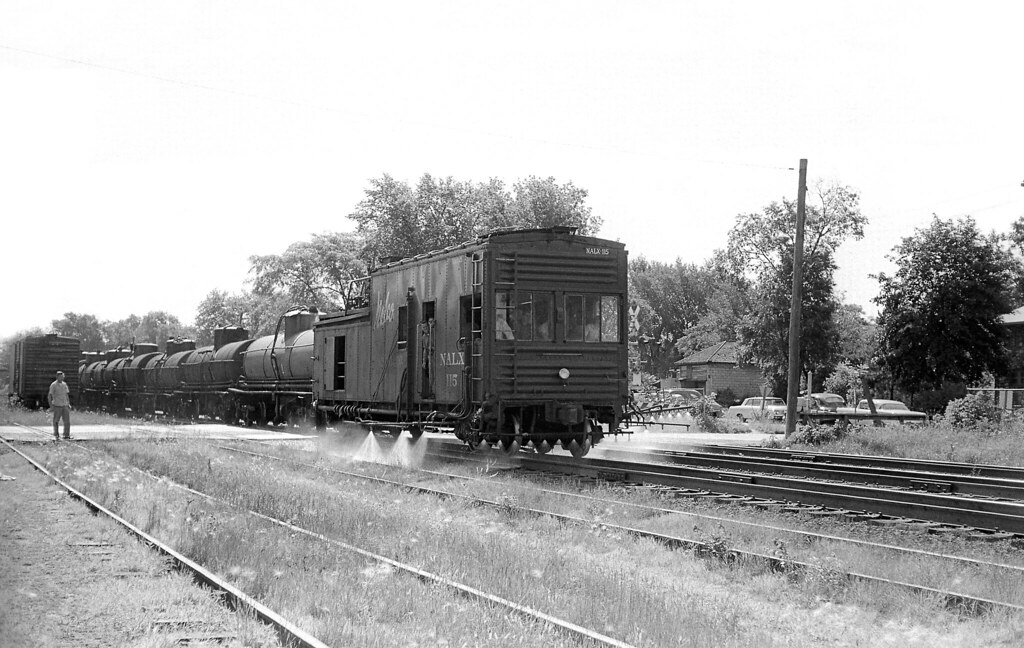 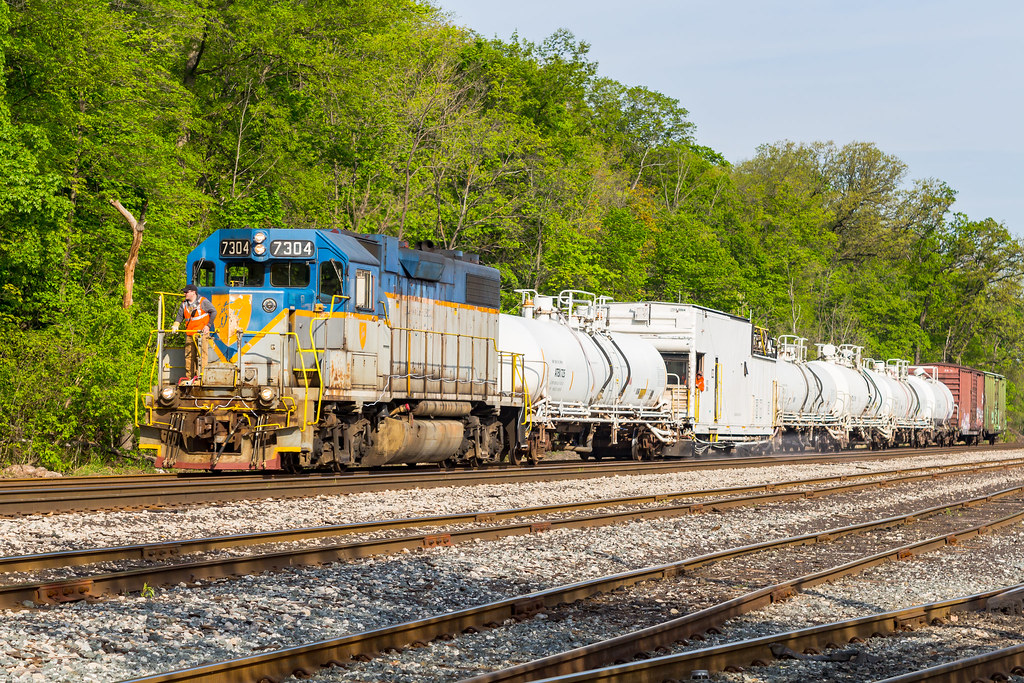 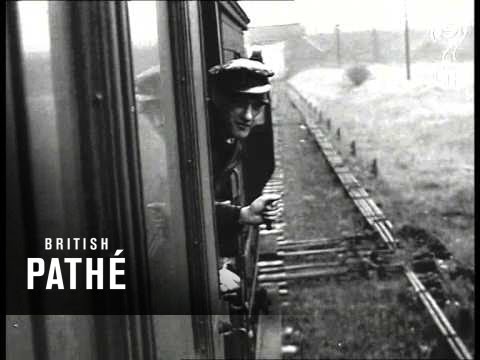 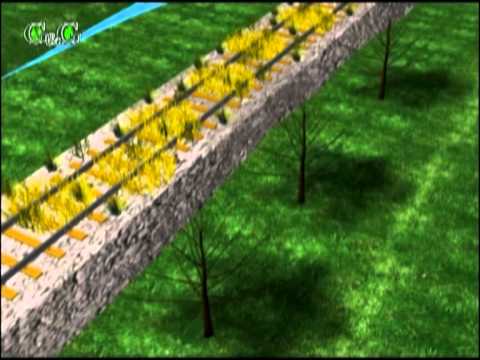 Not really weed control, but a good primer on yards and more, plus it shows an overgrown CB&Q yard c.1965: 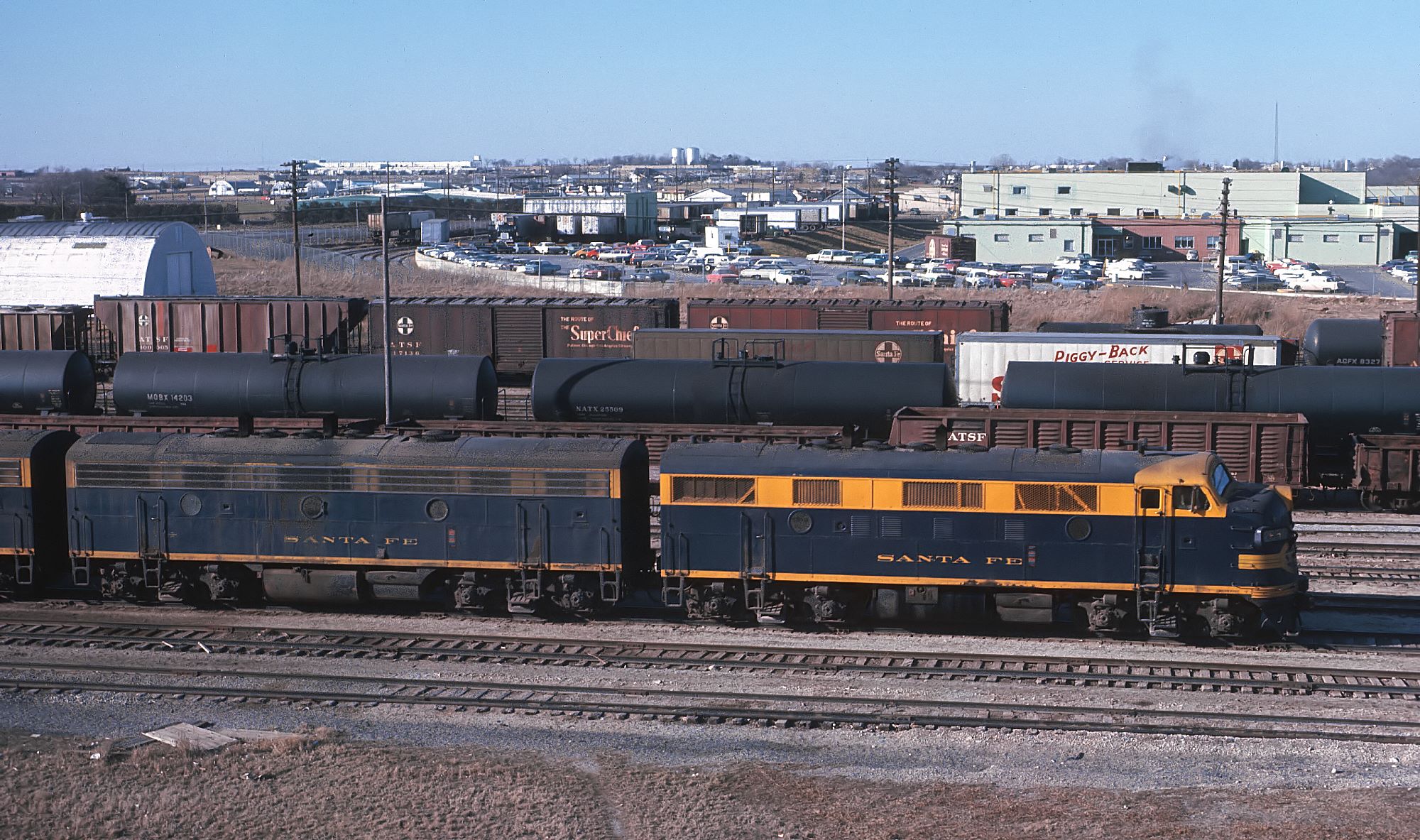 Railroad yards, also known as terminals, have been important locations nearly since the industry began allowing for the efficient movement of freight en route from one location to another.

Here’s what I was looking for. This shows what a heavily used yard looked like in the steam era. You can see lighter material in places on and along the track, sand, used to help locos gain traction when starting a train. And the snow scene - sooty snow. Notice how EVERYTHING is coated ("filtered in modeling terms

) with a layer of smut. The image of the newly painted caboose compared to the environs is striking. 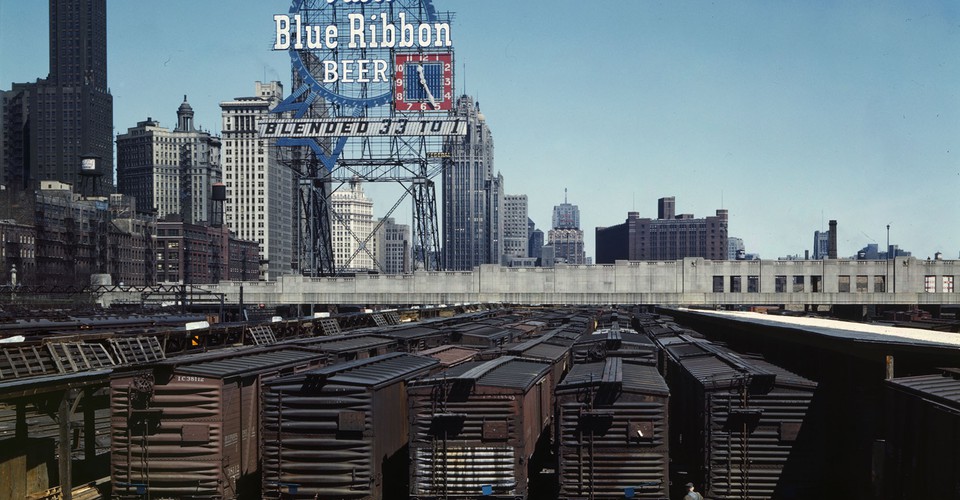 It does pose me with a challenge for my Karl diorama. How to keep it visually appealing…

Look around the tracks in the gallery of 1940s photos. Yards and even through tracks will always have some debris here and there - old papers, sticks or lumber, metal items. As a kid, from playing along the tracks, I acquired a bucket full of discarded spikes, latches, rail anchors, bolts, hasps, things I still don’t know what they were. Kinda like this: 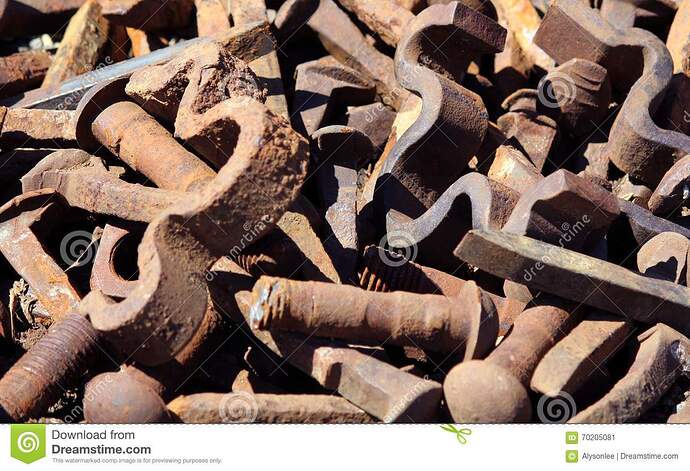 Thank s Fred, for the extensive answers. I already bought some products to create some tonal variation in he ground word, an I think some splashes with diluted oils will also help.

create some tonal variation in he ground word, an I think some splashes with diluted oils will also help.

Yes, indeed it will.

However, in Strasbourg the track is well kept. Nov.2013

I readily admit that there are many local differences, but these are normal passenger stations, not so much goods stations.

It also largely depends on the importance of the station in question. An probably on the line that runs it? I know that the stations that are serviced by the Dutch national railways do not show any plants at all…

Nothing says the old days better than a journey through the DDR.
I found a few of my old photographs from back then, some in B&W with a red filter.
I think the Genossen were more interested in creating the people’s utopia than in keeping up appearances, and yet - the track area doesn’t look too bad. 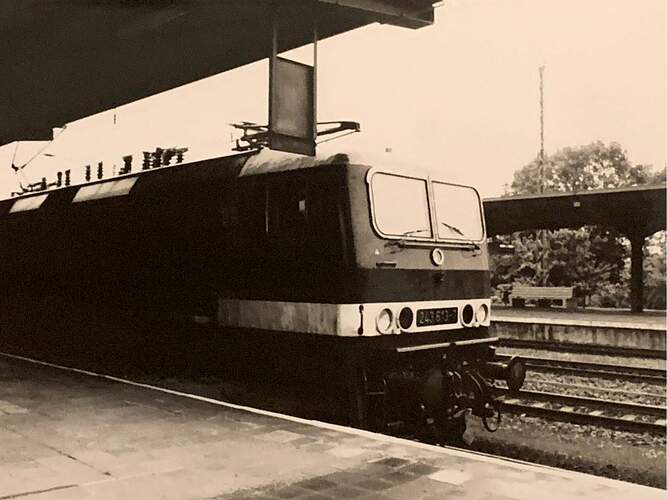 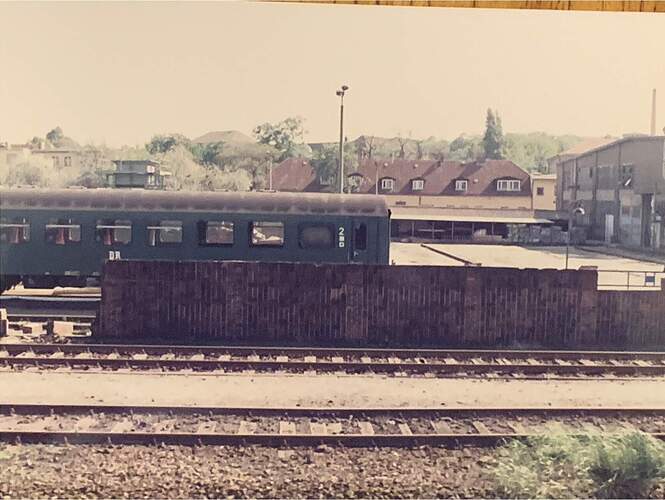 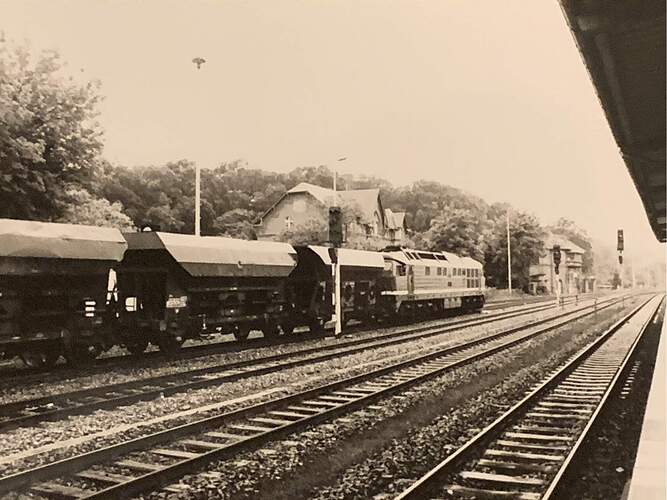 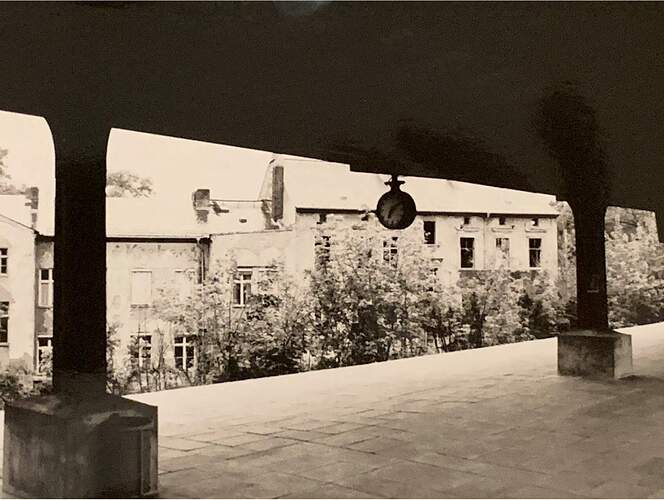 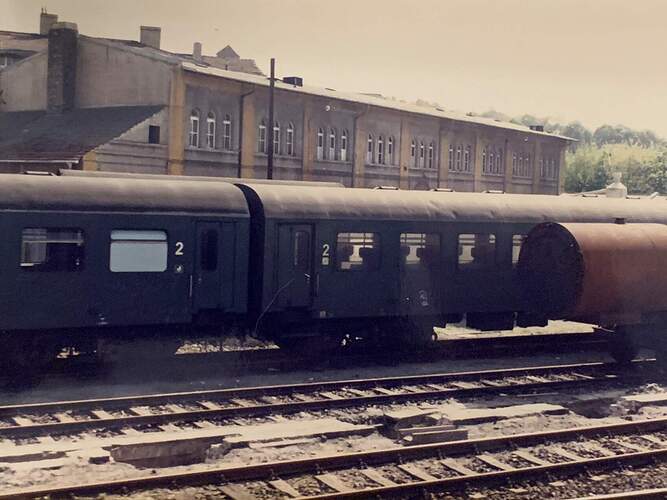