Hello all,
Would anyone know what color the Gorky1 and 2 gun turrets were? I’ve been kicking around the idea of scratch building them in 35th scale for a diorama.

I don’t seem to be able to post this correctly, but the link appears to work; 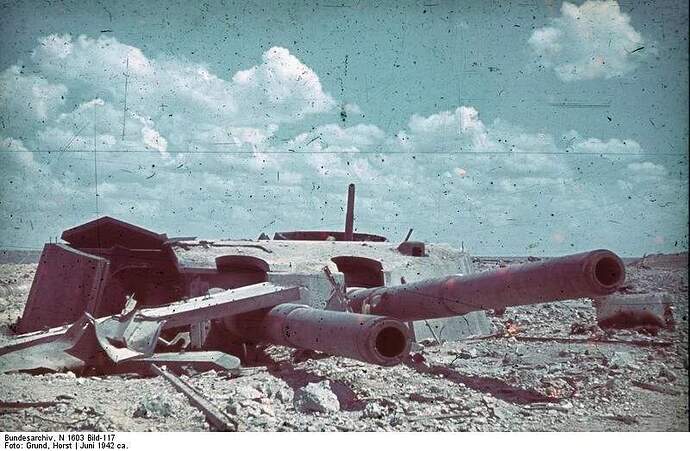 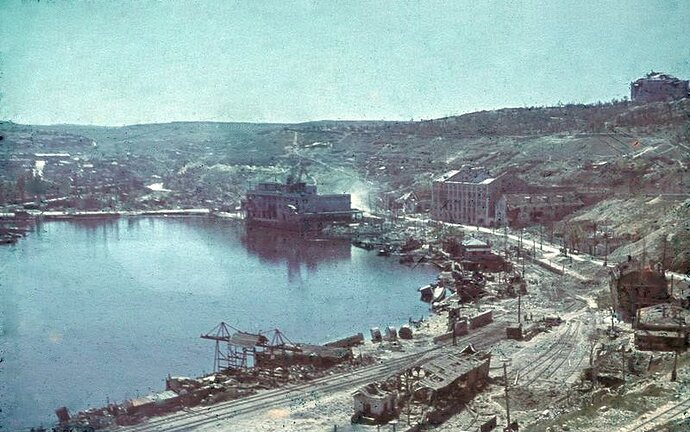 The Battle of Sevastopol was a battle which took place in the Eastern Front at the strategically important Black Sea port of Sevastopol in the Crimea. The battle lasted from October 30, 1941 to July 4, 1942. The participants of the battle were the... 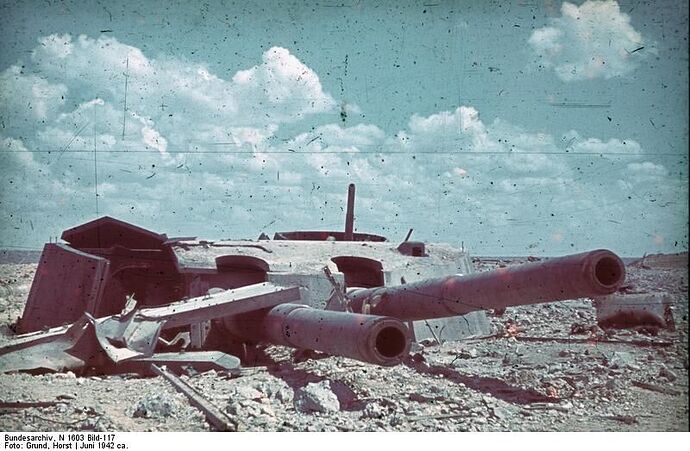 I fixed the image. There was some information missing so I copied the image and pasted it in your post + a link to the Wikipedia article

Great scratch project ,i sure will be following.

Here’s a modern re paint/mock up ?.. not sure if it’s correct ,
But it looks like they where camouflaged . 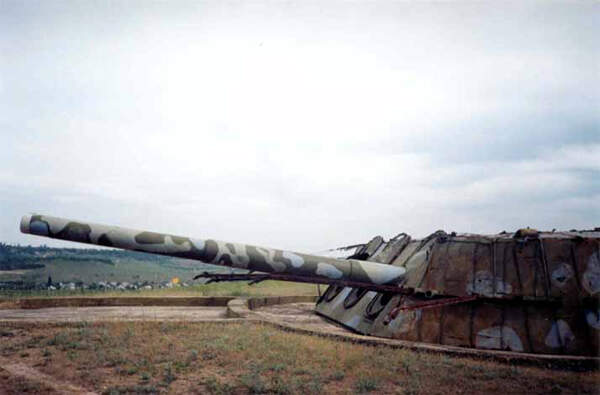 Yeah those are the pics I keep coming up with. Even though they are color it’s difficult to determine the color. I’m wondering if they were a gray color with green camo? They were naval guns after all. They took such a beating that the finish may have been totally obliterated too no ? The pics show some serious damage to the gun barrels as mdd dad turret. I thought about doing a diorama with a bunch of German pioneer troops sitting or standing around the gun after knocking it out

The guns at Armored Coastal Battery-30 (Maxim Gorky 1) and Armored Coastal Battery-35 (Maxim Gorky 2) were originally purpose-built twin turrets each mounting a pair of Obukhovskii 12"/52 Pattern 1907 guns. These were all destroyed in WW2. While Armored Coastal Battery-35 (Maxim Gorky 2) was left in a derelict stat after the war until recently being restored as a museum, Armored Coastal Battery-30 (Maxim Gorky 1) was re-built after the war using two triple 12" turrets from the battleship Poltava (a.k.a. Frunze) and it is these which are still there today (but generally inaccessible as still on sensitive military property). However, the Frunze’ other two turrets had been earlier sent to Vladivostock where they remain, I understand one is part of the Voroshilov Battery museum. More useful for this project is the Finnish coastal battery turret at Kuivasaari which is essentially the same type as those installed originally at Sevastapol. Although this too is on military property and pretty much inaccessible, it is maintained in a firing condition (although not regarded as operational since the 1970s) and there is some information available on-line. Incidentally, some of these Obukhovskii 12"/52 Pattern 1907 guns were captured by the Germans in WW2 and four of them ended up on the Channel Island of Guernsey. 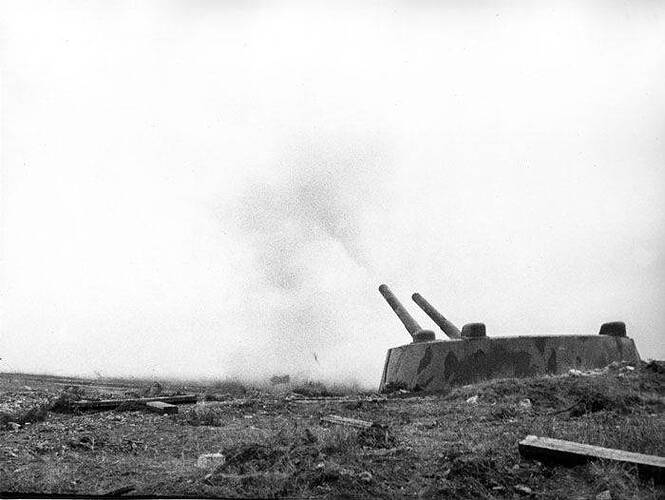 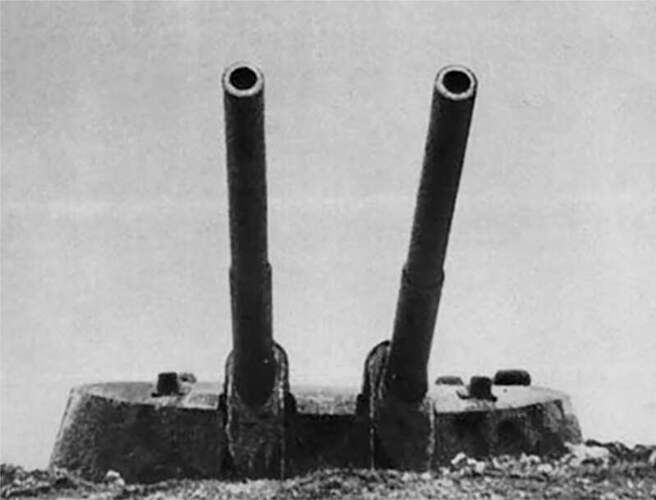 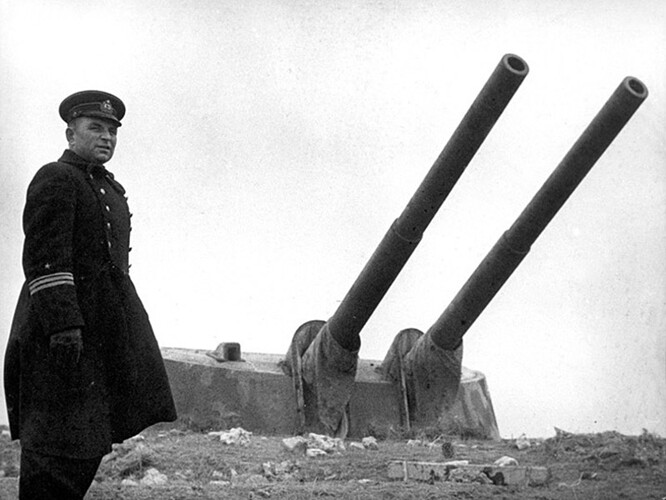 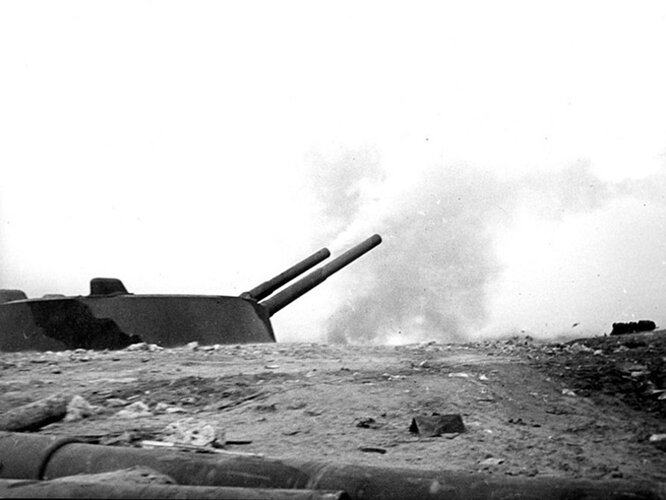 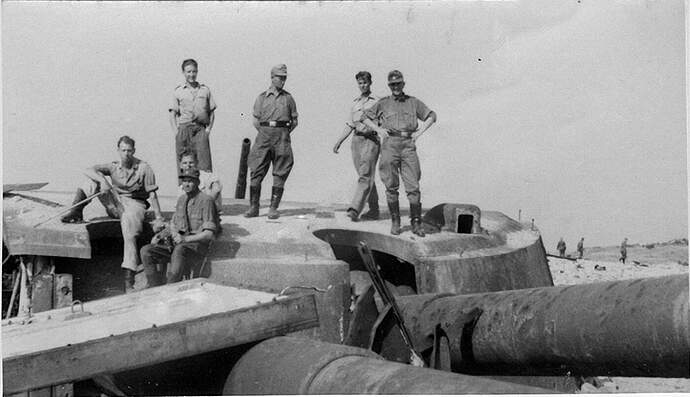 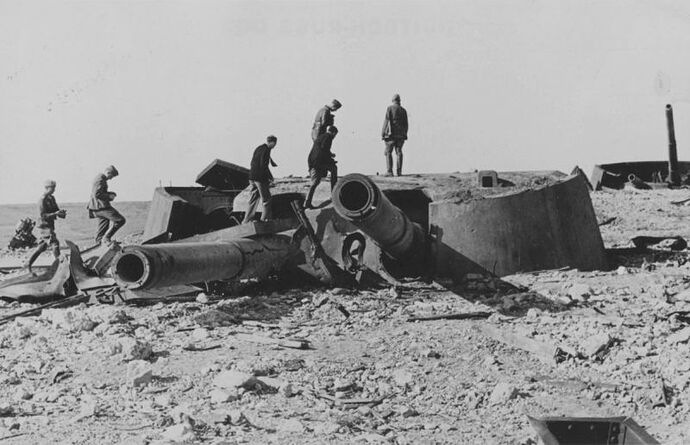 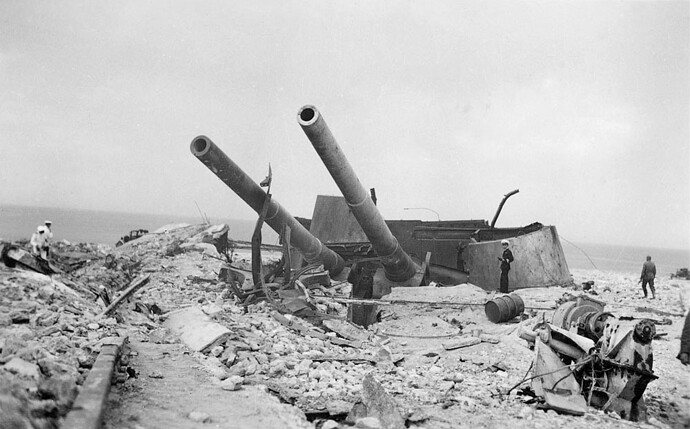 This PDF article (in Russian, but you can copy and paste the text in Google translator if needed…) includes period pics of the Finnish turrets

Even better a destroyed turret !!
The destroyed ones are definitely without of most it paint , after being blown up ,on fire and not to mention the dust , dirt and all the other S@#$! that settle’s on it after the battle
So rust and dusty i would say …weathering galore

Wow! Thank you all for your responses this is a great help. Some of these pictures I haven’t seen yet and are a tremendous help. It’s true these guns took a terrible beating and most of the paint would be gone but I just wanted a starting point for the finish and more than anything I was curious lol. I understand they may have had camo nets on them too but those were probably destroyed as well.
I’m still in the research phase as you can see and I probably won’t start building for a few months as I have 2 or 3 other projects in the works but this is enough info to get me started.

Frenchy thanks so much for that article. The pictures alone show a lot of detail; measurements etc, much more than I thought, especially the camo pattern. Again not sure of the exact colors but I’m thinking grays and greens but most of it will not be seen due to the damage sustained by Germans throwing everything at it. 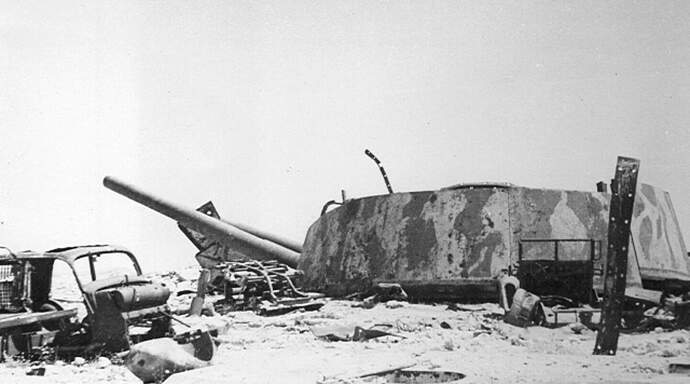