They are been for some years just in a box, needing some good reference for a sculpt I want to do are there back on my desk. All are 54 mm, the most like Lazarus wrote almost 35 years old and painted in Tamiya acrylics. Comparing to the new figures in resin they ware for that time wryly amazing (my opinion). Painted in my skills of those days. 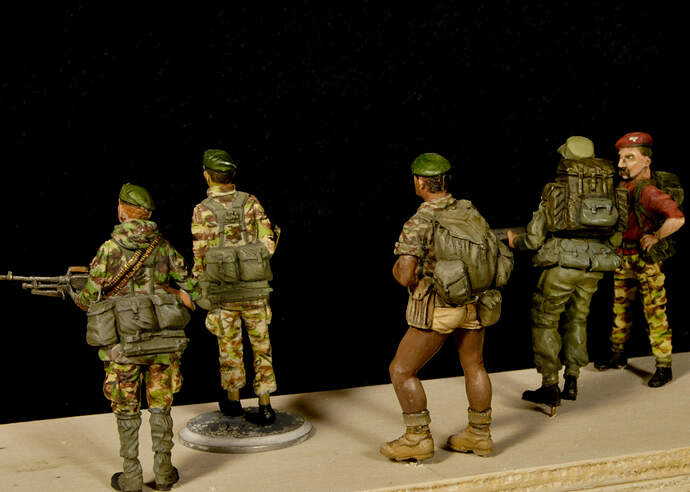 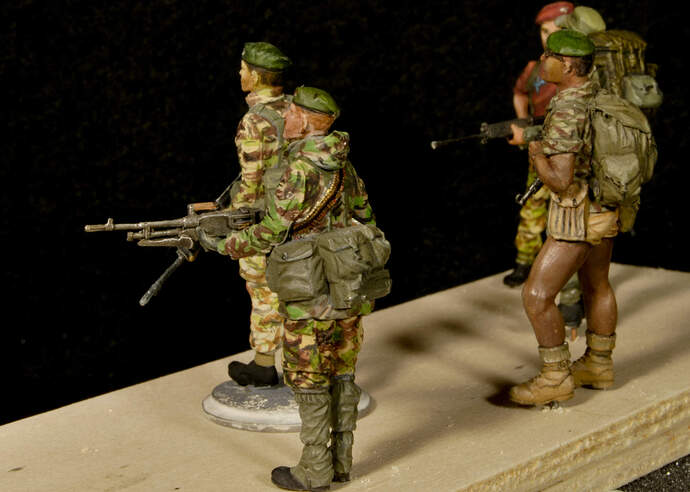 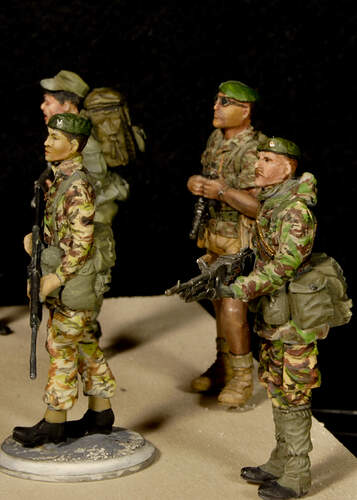 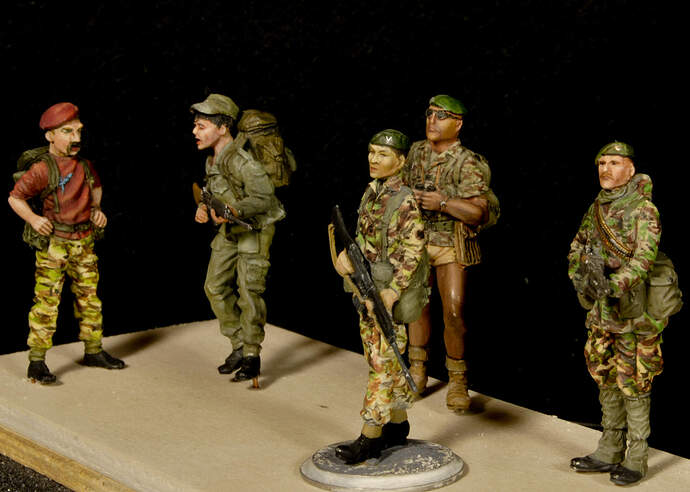 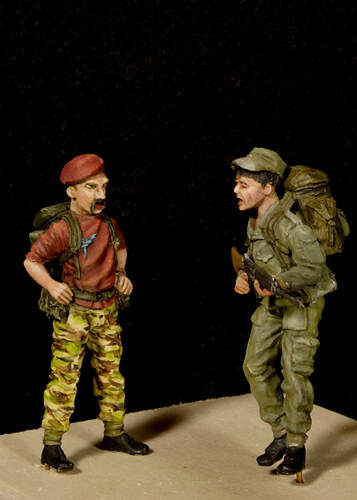 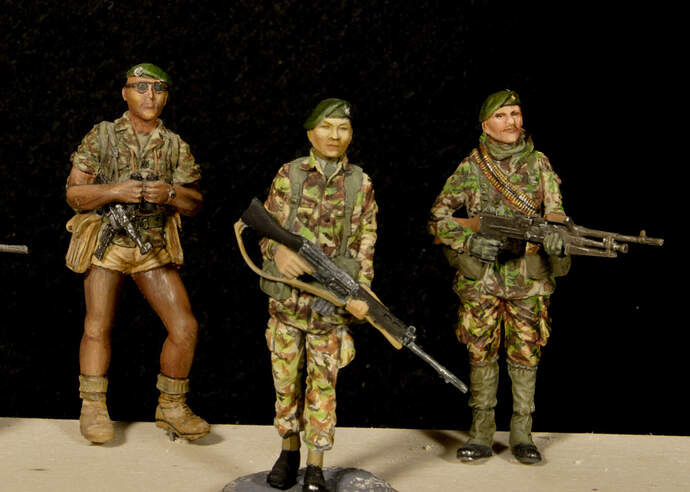 Started to repainting this one 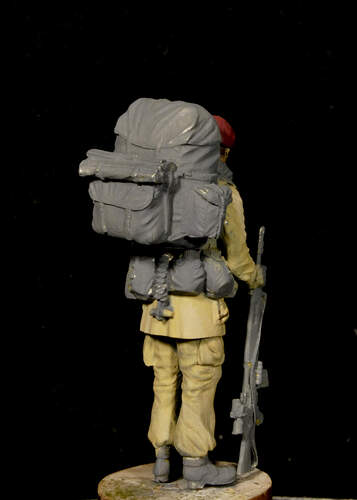 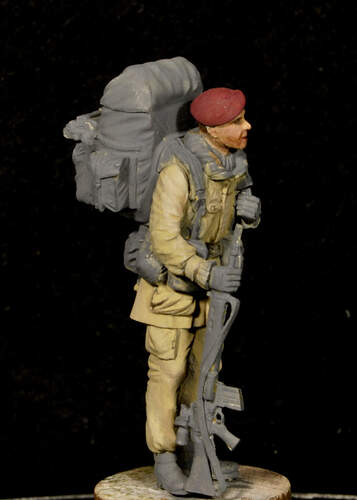 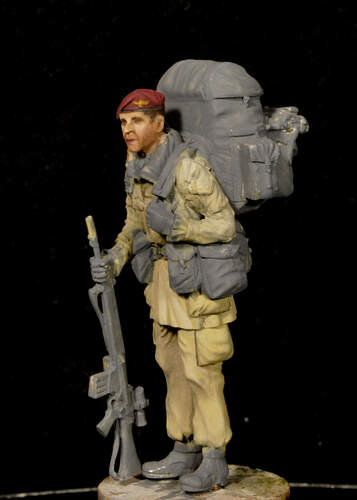 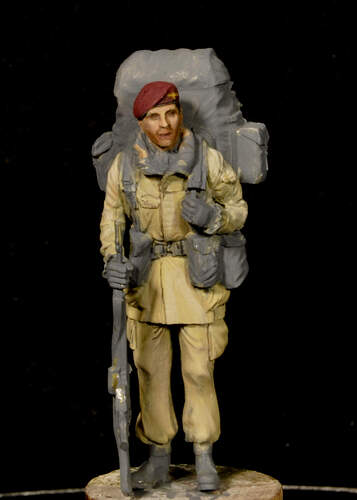 Being a pedantic bastard, can I just point out that the firm was known as “Chota Sahib” from the Hindi.

I bitterly regret not acquiring these figures when they came out back in the 70s/80s; they were little gems and even though they were readily available in my local hobby shop (visited when on leave) I never bothered as I deemed - probably rightly so - that the hobby back then was just too incompatible with military life and the moves every 2 years or so, let alone other preoccupations.

A very nice collection though Jan.

Remember the company, but don’t remember these figures. As I recall they were very strong on Indian Army figures from the Raj. The DPM on that Gimpy gunner and the Gurkha is great (although there’s something up with the Gurkhas right hand, it looks too big somehow)! I’ve recently been doing some old Stadden figures I dug up out of my stash. Been there 40 years!

that’s correct, these figures have mostly something out of proportion.
The head of the instructor, the Gurkhas right hand, the weapon of the SBS, but for the period the came out on the market the ware amazing and for equipment and gear accurate.

I seem to recall Cheshire Volunteer from the same timescale - they were pretty good as well. Again, I could kick myself for not having acquired some.

Yep, remember most of these! A nice trip down memory lane here. Now, I might be wrong but, wasn’t one of their last releases the Green Beret in Vietnam? Sculpted by Kevin Lyles, the illustrator if I recall? It might have been Cheshire Volunteer though. Both had a similar sort of output. Always wanted to do that one. Unfortunately, I didn’t have the skills to do it justice back then.
G.

I think I Have some heads from Cheshire Volunteer from some British units.
And a broken figure from a Para in Belfast. But those are the only remaining parts I have from that period.
Afterword’s I quit the hobby for almost 20 years, restarted after my return to Belgium and get settled.

Last year, Studio Model Designs acquired the rights to reproduce the Chota Sahib range so, the moulds are still kicking about. Maybe we might see them again sometime.
G.

That would be fantastic news; I cannot believe that I spurned the opportunity to purchase such representative models of the British Army - I really could kick myself - as they reflected most of my service. Aaaargh!

Found some more in on of my boxes 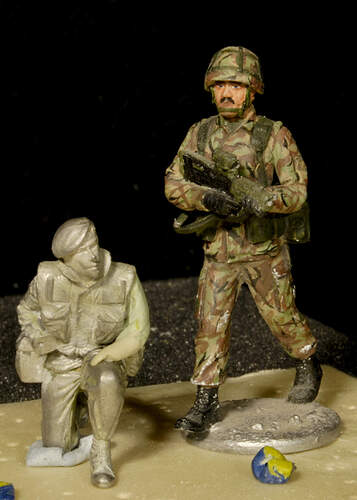 Yes, Kevin Lyles fix sculpt a green beret for Chota Sahib. I have a couple next to my desk right now.

My name is Maxime Chevallier, and i am in fact the long time legal owner and copyright holder for the former Chota Sahib ex sarum studio figurine range of 54 mm figurines in white metal. I have NOT “sold” my product or transferred ownership or licencsed any moulds, therefore please can you tell me what you know about the supposed ownership and suppose launch by STUDIO MODEL WORL of MY Figures. My wife and i own the entire range of over 437 different figures here inside France and have done so since way back before 2010 or the later brexit. We own all design and copyrights and all masters and moulds too. So it behooves studio model world to explain how the hell they got their hands on any of my stuff All of this is absolutely ILLEGAL and constitutes THEFT and Commercail PIRACY for which Legal remedies are available. Please tell me in confidence what you know and what you know about the owner (non disclosed) of studio model world who are breaking the law Thankyou
Mnr et msm FABRE CHEVALLIER RANCE Date 02 06 2022

A bit late but, here you go: Studio Model designs Presents 54mm Chota Sahib | planetFigure | Miniatures
Hope this gets sorted out. Would love to see some of these available again.
G.