This was my very first diorama, entitled “Götterdämmerung” . It was made sometime in the early 1990’s. I had the Verlinden wall section with the bricked in archways and I had a T-34/85. My idea was the Battle of Berlin showing the advance of the Russians. I may have gotten carried away with the dead Germans, in retrospect I probably didn’t need to be that graphic. These photos were among the ones I found while cleaning up files in my computer. I don’t think this diorama has been shown anywhere online that I can remember with the exception of the black & white shot following the tank (Pic #3). I always thought that photo had good atmosphere and it’s one of the only photos of the dio I had in my Kitmaker gallery. The T-34/85 and riding troops were not attached to the base so they were made into a separate photo feature on Armorama years ago. 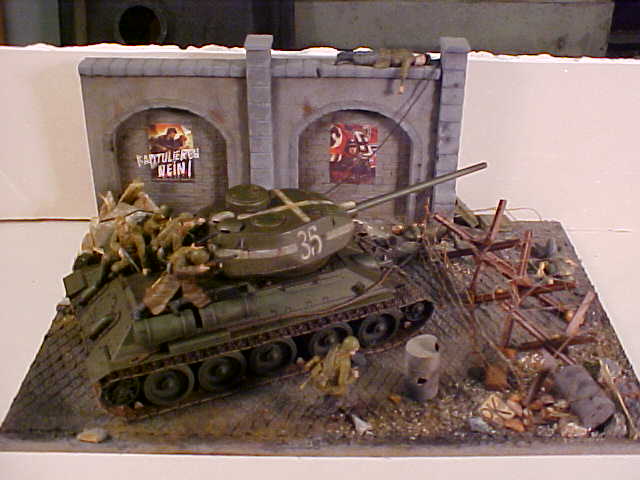 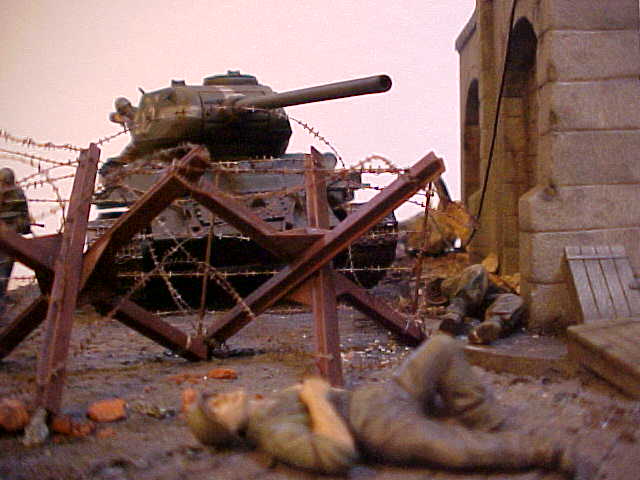 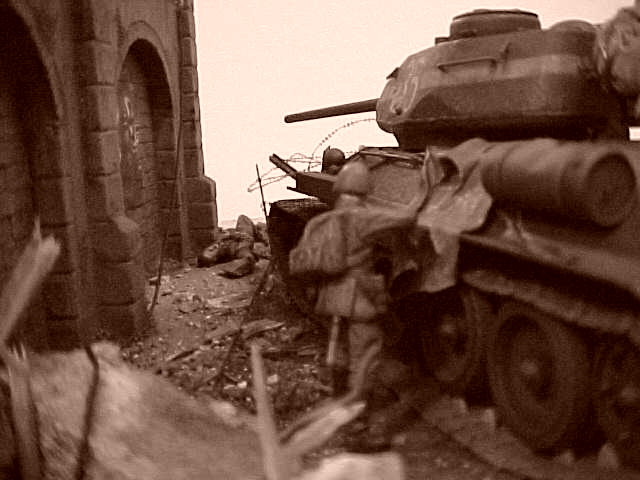 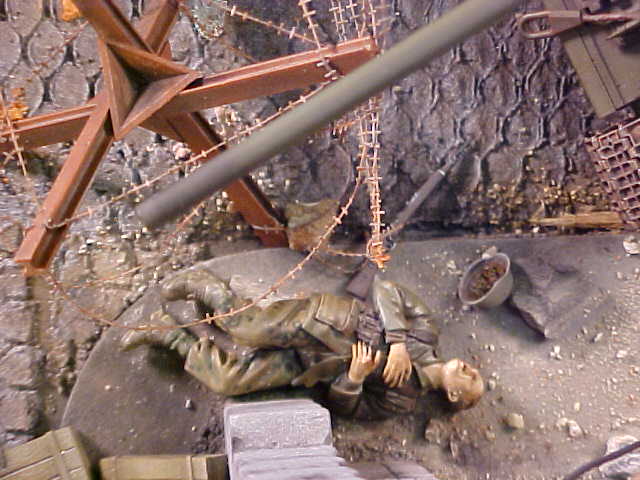 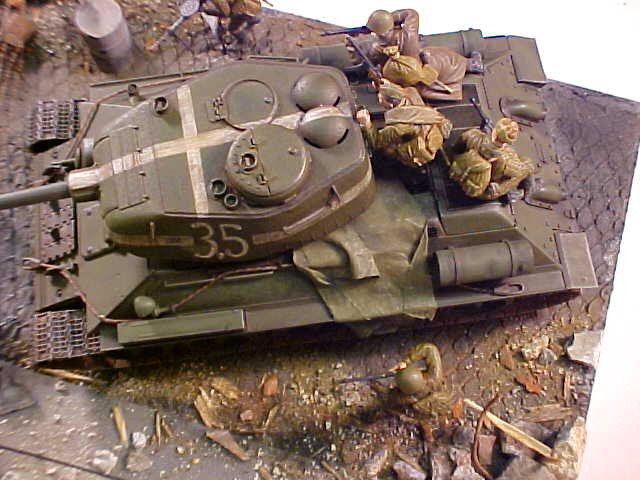 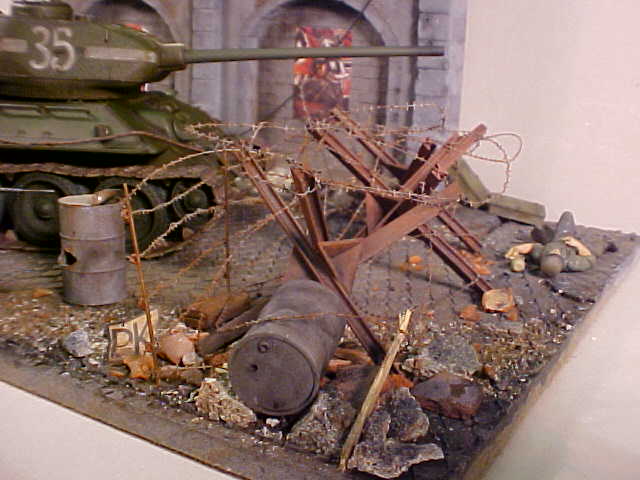 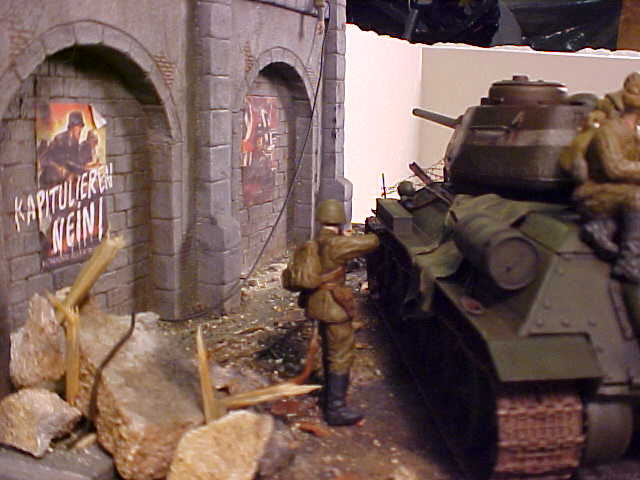 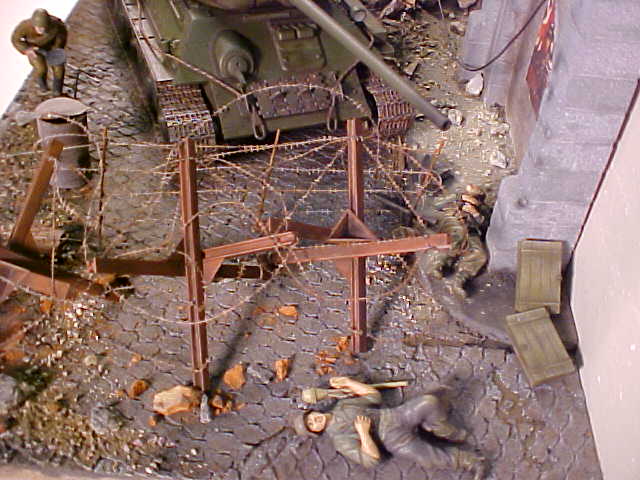 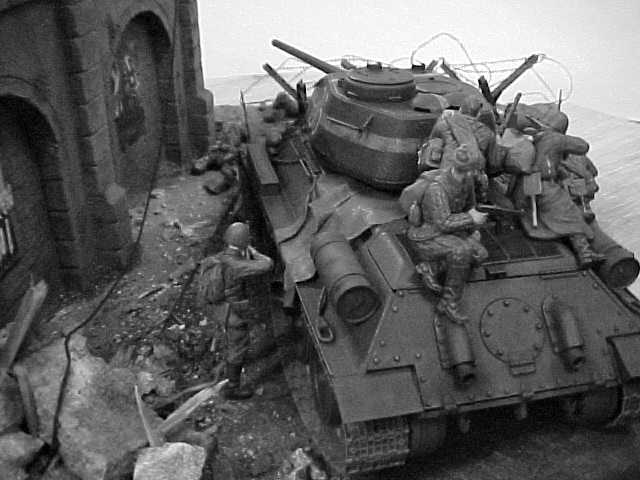 Lookin great! the model is nice and detailed, and the dio is amazing overall.
Logan

Thanks @logandavis74 for the kind comment. Very much appreciated.
Cheers,
C.

Nice build, good combination of groundwork, vehicle and figures, and a great use of colour.

This might be taken out of context by some, but your dead figure is very well done, it’s not meant to be a macabre comment, simply recognition of a good job subtly done on an element that is difficult replicate.