I’ve asked this question before, but can’t for the life of me remember the answer …
(sure sign of getting old!)

In my Osprey Vanguard book, ‘The Lee/Grant Tanks in British Service’, there is an
illustration (artwork, not a photograph) of a Grant of Royal Scots Greys, Western
Desert 1942. Markings include a green thistle on white/black square, and insignia
for 4th Armoured Brigade (on the front track-guards); and ‘A’ Squadron sign (on
the turret). Is this combination feasible, and if so, what markings would be shown
on the rear track-guards?
The cover illustration (again artwork) shows 7th Armoured Division sign, ‘61’ on red
square, ‘A’ Squadron sign, and serial ‘T24214’. Again, feasible?

Only photos I know of are from the Australian War memorial and the only front on pic, of a Head quarters vehicle, shows no markings: 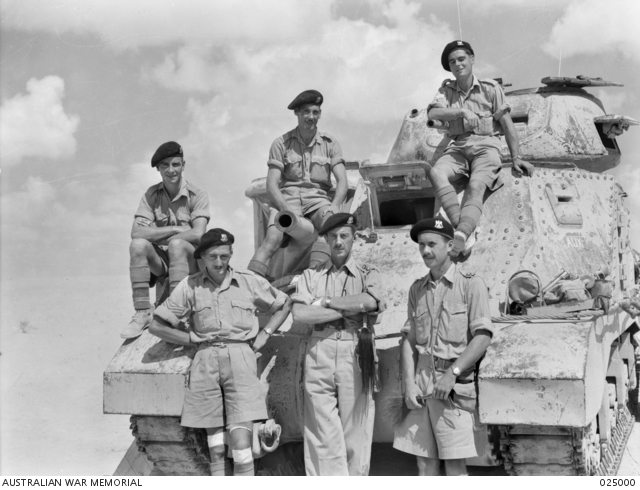 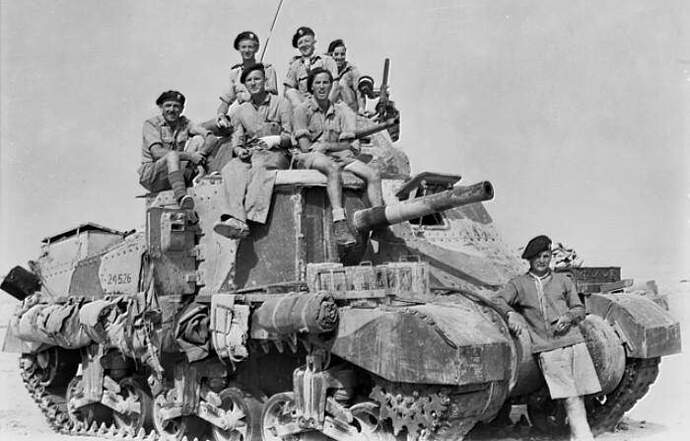 And bar the regn number, nothing on the sides: 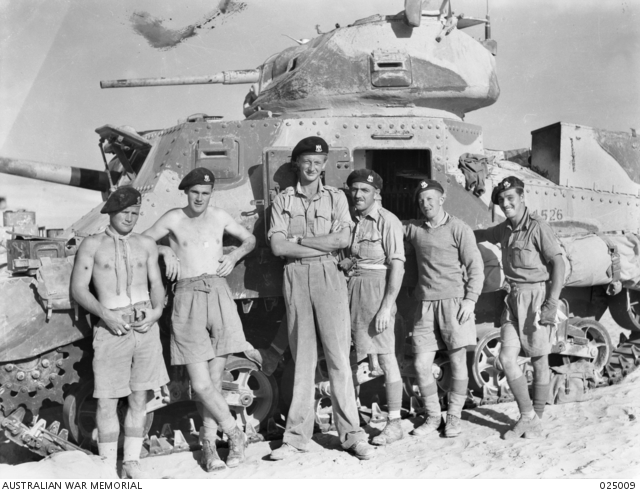 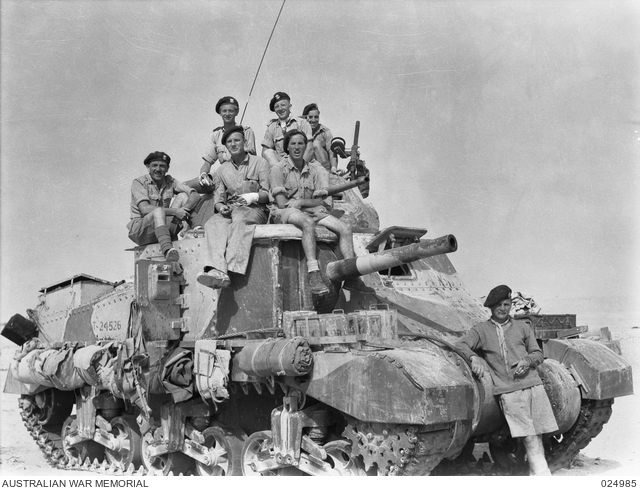 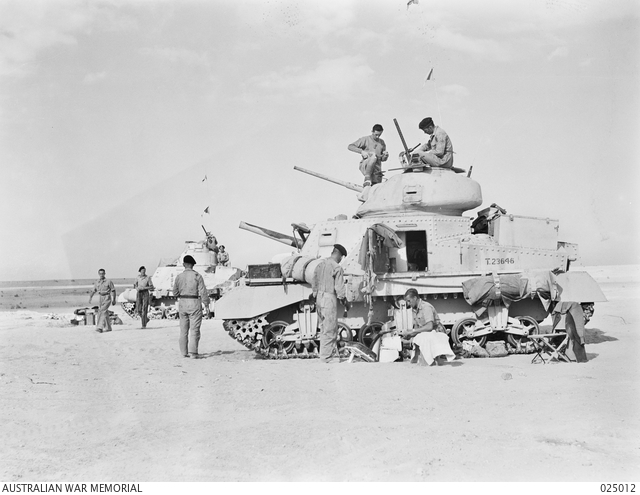 I know Miniart had an illustration for one: 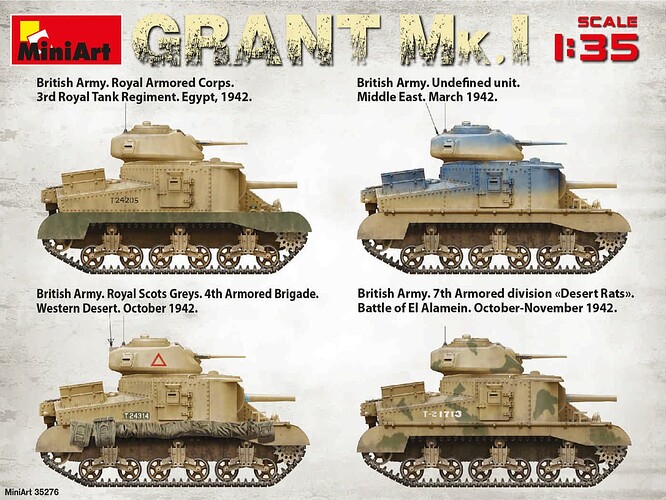 image1200×900 142 KB
and they supplied other markings as you mention - maybe copied the book illustration? 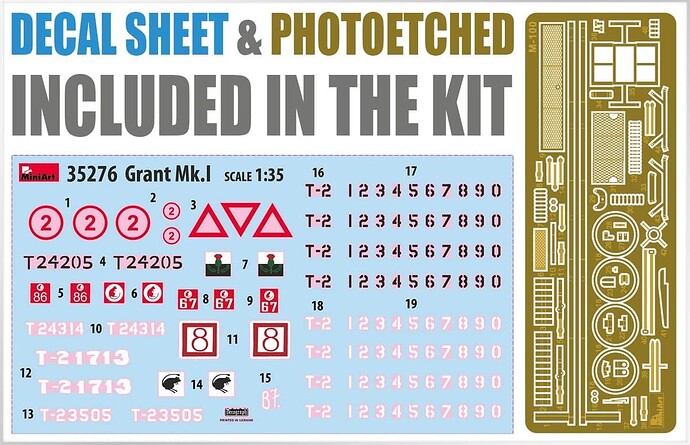 Note the Miniart kit has rounded fenders and the AWM pics show flat panel ones.

Thanks for the response … interesting set of photos.
Yes, since asking the question, I found the images of the MiniArt kit.
I also noted the fact that some Grants had rounded fenders, others
flat panelled ones. Given that the latter were attached by a series of
bolted tags (as shown in one of your photos), perhaps these were added
as a repair to the damaged original ones. If this was the case, it may have
been a case of simply not bothering to re-apply the markings.

No, the squared ones were American versions added based on a British requirement, where as the rounded ones were a British design. Refer this well respected website
http://the.shadock.free.fr/sherman_minutia/manufacturer/m3grant/m3grant.html 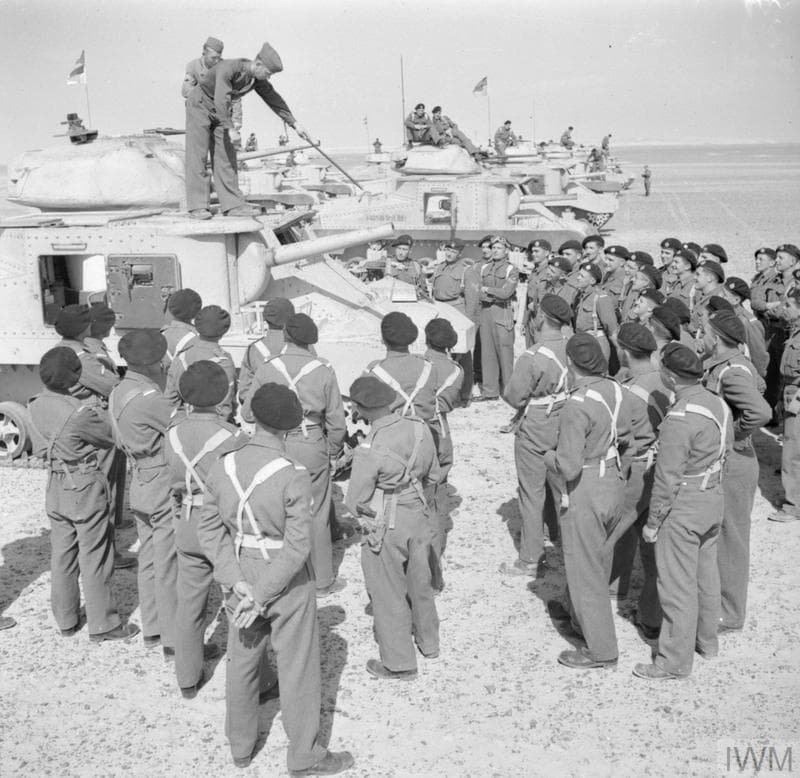 image800×778 82.9 KB
Brand new Grants with the crews being instructed as to using them. Excerpt from the page : “However, while both American (first tank) and British (2nd tank) sand shields can be seen on these Grants”.

Note that the front tank has squared fenders, the one further back has rounded ones.

And this image and caption: 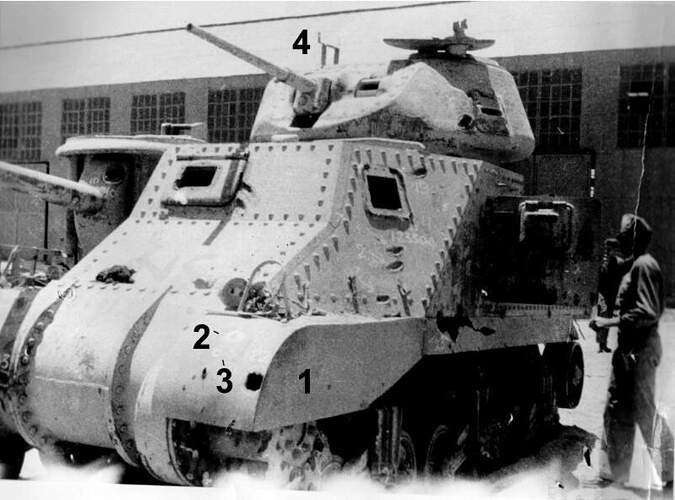 Thanks for clarifying that point.

Having studied countless wartime photographs of the Grant in North Africa, I have come to the conclusion that markings were generally painted out, with the exception of Squadron markings
and serial numbers. According to one source, this was standard practice. This is convenient, as
it prevents me from marking my Grant model incorrectly.