Inspired in part by Michael Roof’s photos just posted in this forum (“1/72 Scale Fire Support Base RIPCORD Diorama” in the South Carolina State Museum) maybe we can assemble a virtual world tour of great dioramas in captivity i.e. on public display in museums, galleries etc. It doesn’t look like many of us are going to get to see them in the flesh anytime soon, so let’s celebrate them here for collective admiration & inspiration.

Here’s my contribution, the 20 or more large dioramas at the Australian War Memorial in Canberra:

The Dioramas | The Australian War Memorial

Although predominantly depicting WW1 battles (constructed in the ‘20’s & ‘30’s) there are others showing episodes during the WW2 North African campaign & Long Tan, Vietnam. Some have lighting effects & stereo battlefield sound effects (e.g. shells flying overhead) which gets some folks ducking. Very impressive & very moving, here’s a few of my own photos, I reckon the Semakh scene’s the very best… 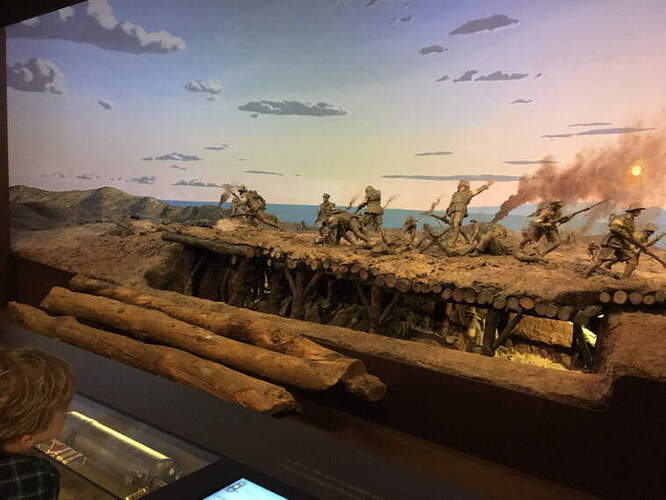 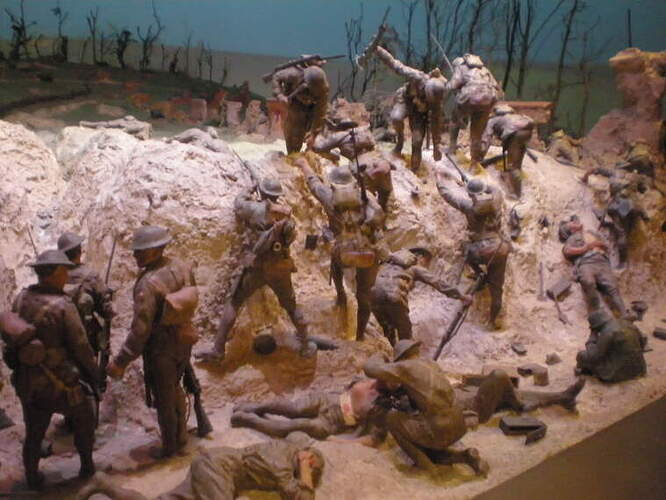 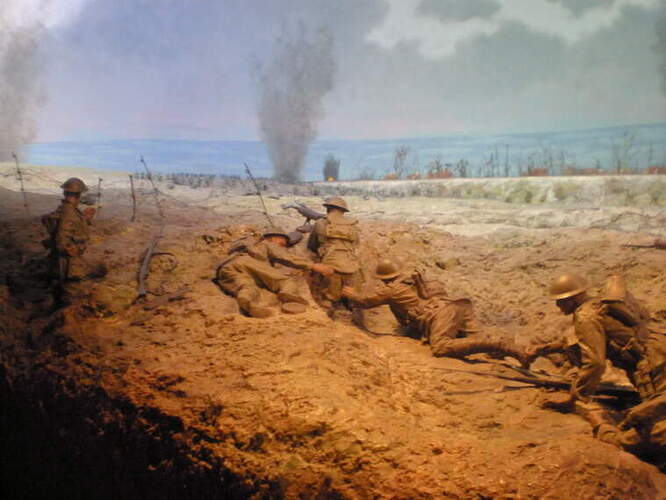 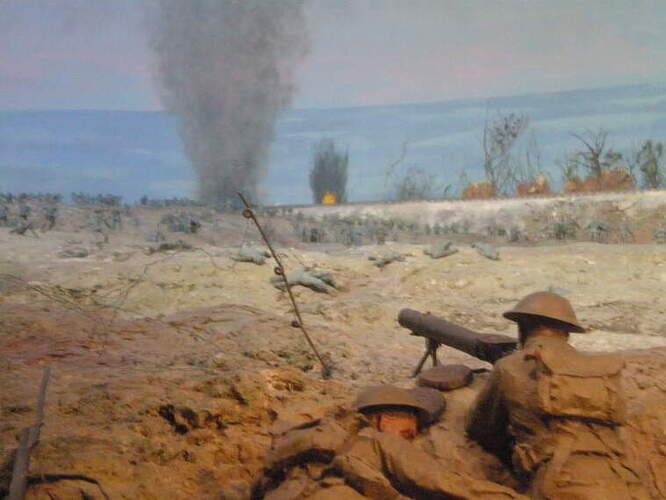 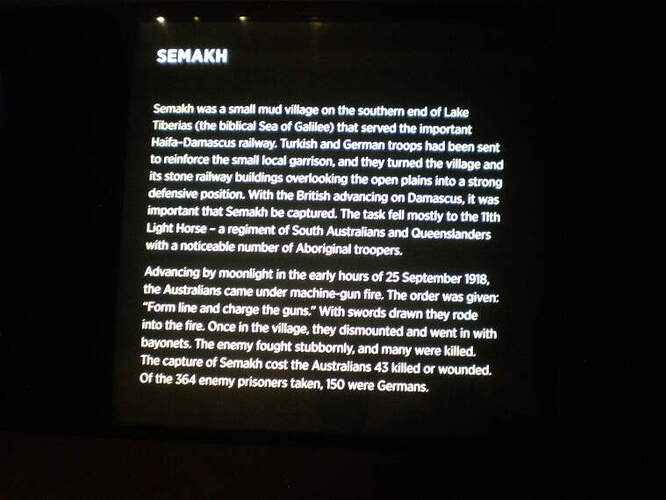 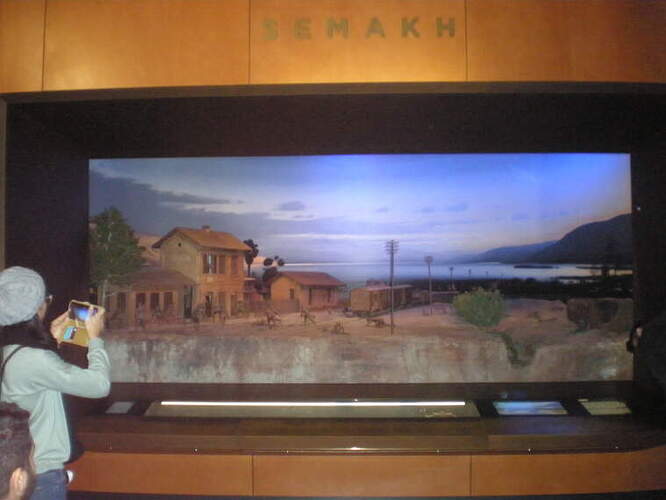 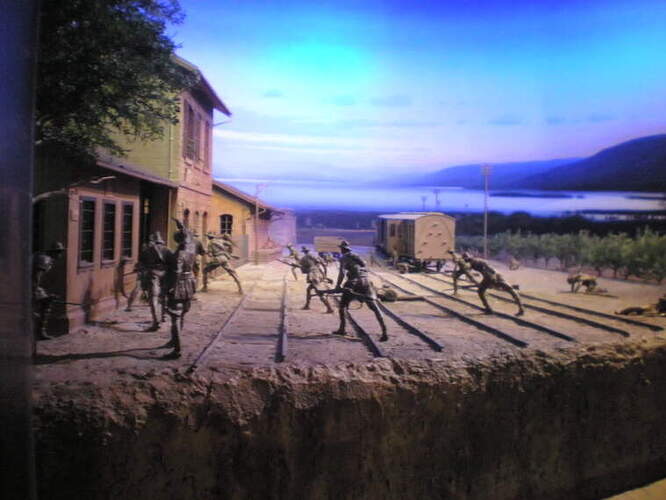 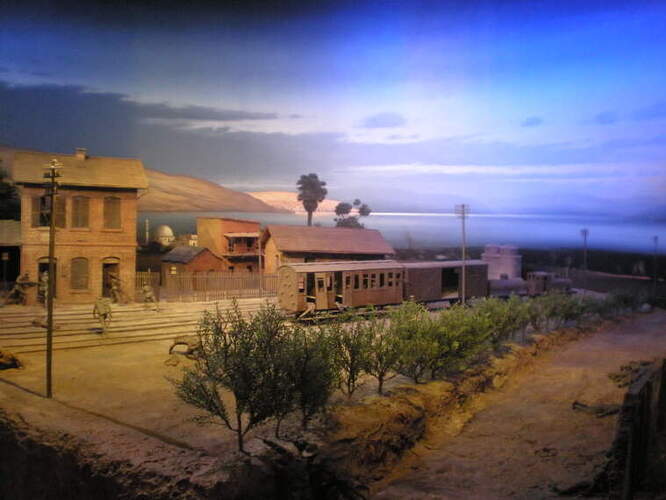 Thats a very good idea Tim. As you said, most of us will never see them for real, so this would be the next best medium. Hope some others post here as well.

The coolest one I ever saw was near the Alamo. It was also a Vietnam firebase, but in 1/35. The thing must have been at least 12’ x 12’. There were of course firing points, a CP, several M113’s, a downed Huey, and some very convincing rice paddies. I’m sure someone else one here remembers it. Pete?
Unfortunately as I’ve gotten older I’ve become more of a follower of Robert Pirsig’s teachings: Looking at a photo is much like looking at life through a window, or a car windshield to be more exact. It’s just not the same. He was referring to motorcycle riding of course, but the point stuck with me.
Bottom line - I’ve no photos of this truly incredible diorama.

This is the 1/72 scale Vietnam War diorama of FSB RIPCORD which resides at the SC State Museum and SC Confederate Relic Room and Military Museum (the two museums are co-located in the same museum complex) in Columbia, South Carolina. 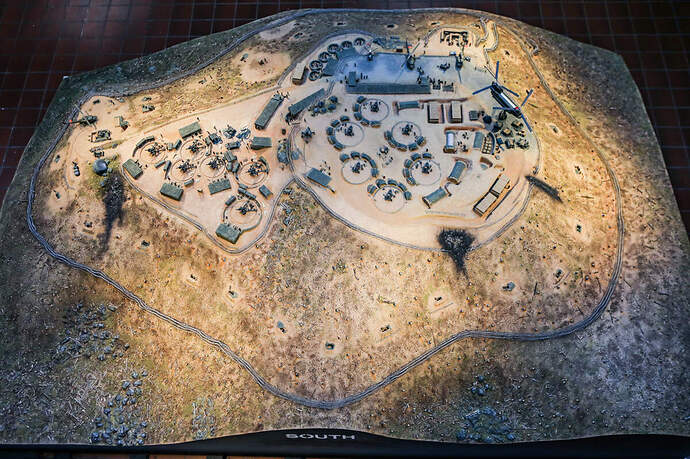 Rather than repost all the photos already here on KitMaker, I’ll just provide the link to the original post for interested viewers to follow for more info:

Jean-Pierre Leclercq’s Battle of Waterloo diorama in 1/69th scale (20 m x 5 m base ; 22 000 pewter figures…) in the Saumur Musée de la Cavalerie Not sure it’s still there though… 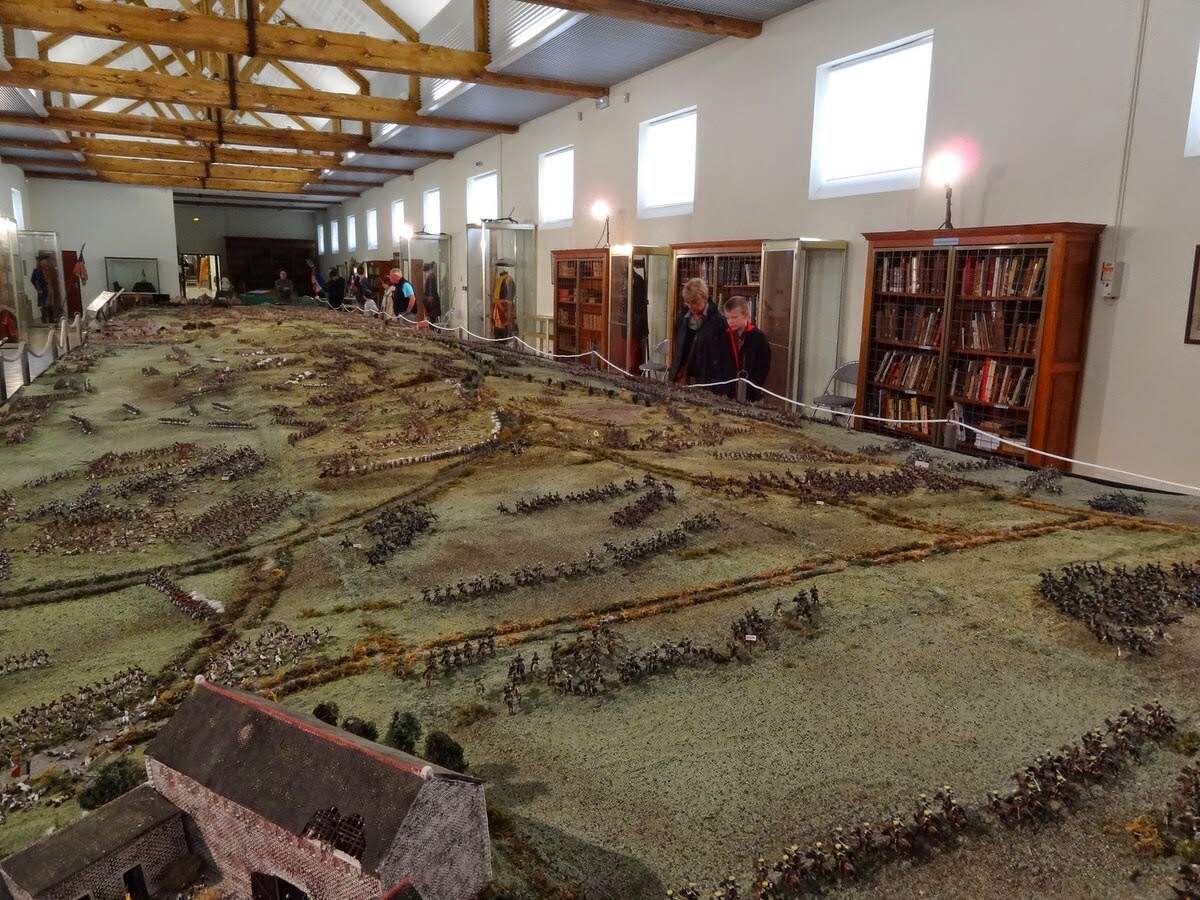 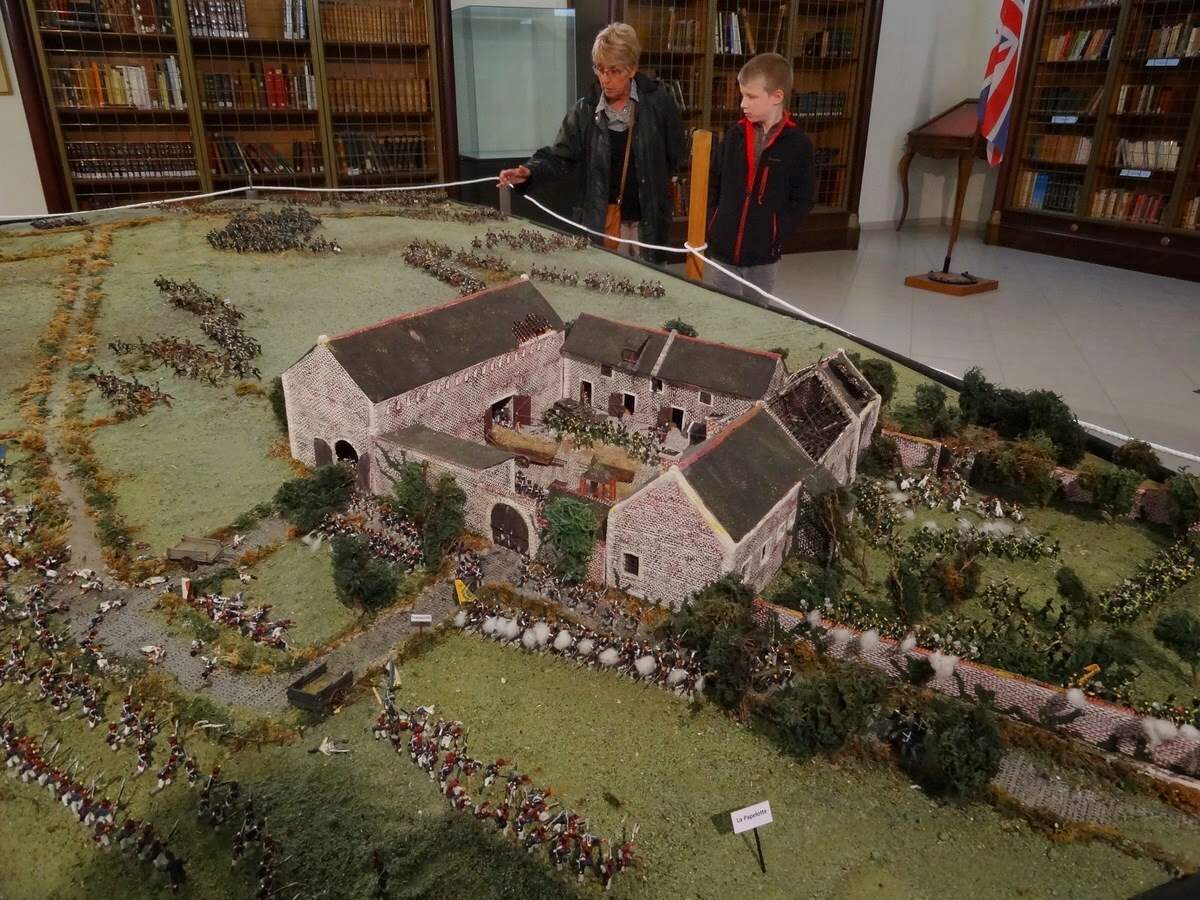 Whoa! That is just . . . .whoa! I can’t even describe it. The whole town must’ve been issued a box of figures to paint. The story behind the dio would overshadow the battle it depicts.

WOW … now that is a Diorama … a real labour of love… very very impressive. just trying to get my head round the insane amount of uniform variations between Regiments and Countries and the detailed painting involved …

More pics and some info here (in French) :
https://smhq.ca/dioramas-la-bataille-de-waterloo-jean-pierre-leclercq/

Another Waterloo diorama has been on display at the Boman Museum in Celle (Germany) : 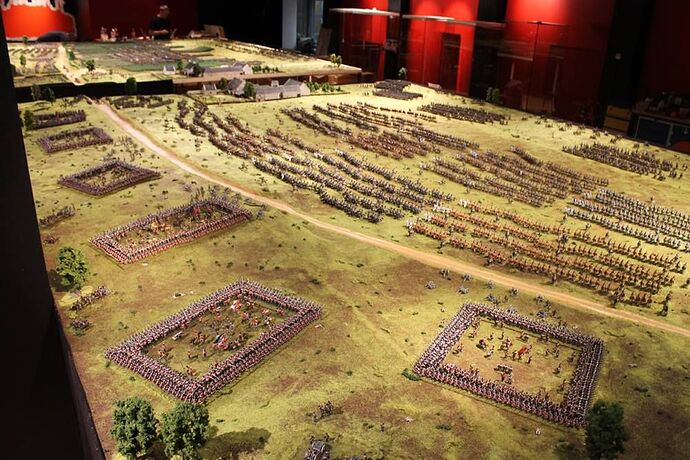 Diorama of the Battle of Chunuk Bair (August 1915), at The Great War Exhibition in Wellington, New Zealand.

Thanks for posting that link for Battle of Chunuk Bair @Frenchy . The whole thing is epic … and 5000+ figures … crazy … although Im not surprised its so realistic as Weta workshops and Peter Jackson had a hand in it. The whole thing is amazing, really worth a look.

I’ve recently watched Peter Jackson’s They Shall Not Grow Old documentary film on DVD and I’ve really enjoyed it.

@Frenchy , as my grasp of the beautiful French language is at best very very very poor, does it say how many figures are in that Waterloo dio in the Saumur Musée de la Cavalerie ? There must be more than the 5000 in the New Zealand one ??

The latest (?) version of the dio includes 22 000 figures…A diorama representing the whole battle phases would be as large as a football/soccer field !

Thanks for that H.P, …22,000 I get stressed painting 2 crew figures, thats mind blowing … and probably worth a visit. If I had known it was there I would of gone when I saw my in laws last time I was out there, they live just north of Fougeres near Monthault. Damn 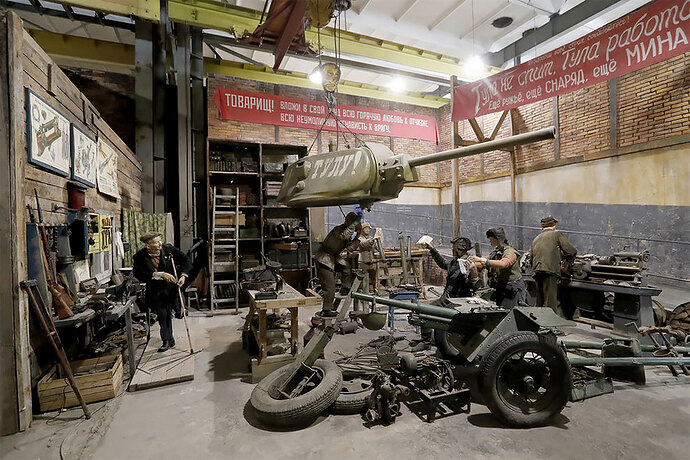 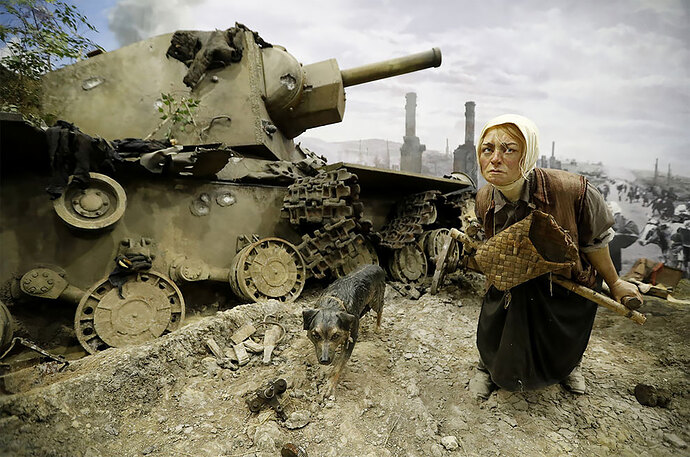 Speaking of large scale - this is probably about 1/16. It’s of the DMZ axe murder incident in1976.
It can be seen I believe on the JSA tour. I didn’t take any photos myself - the whole Robert Pirsig thing again, so I found this one on Pinterest. Credit where credit is due, 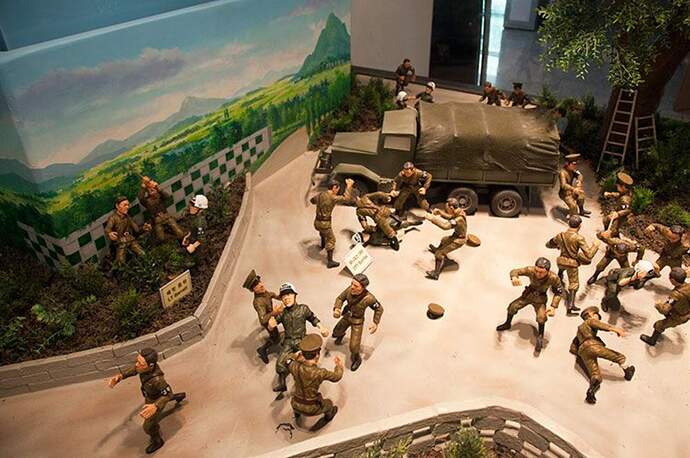