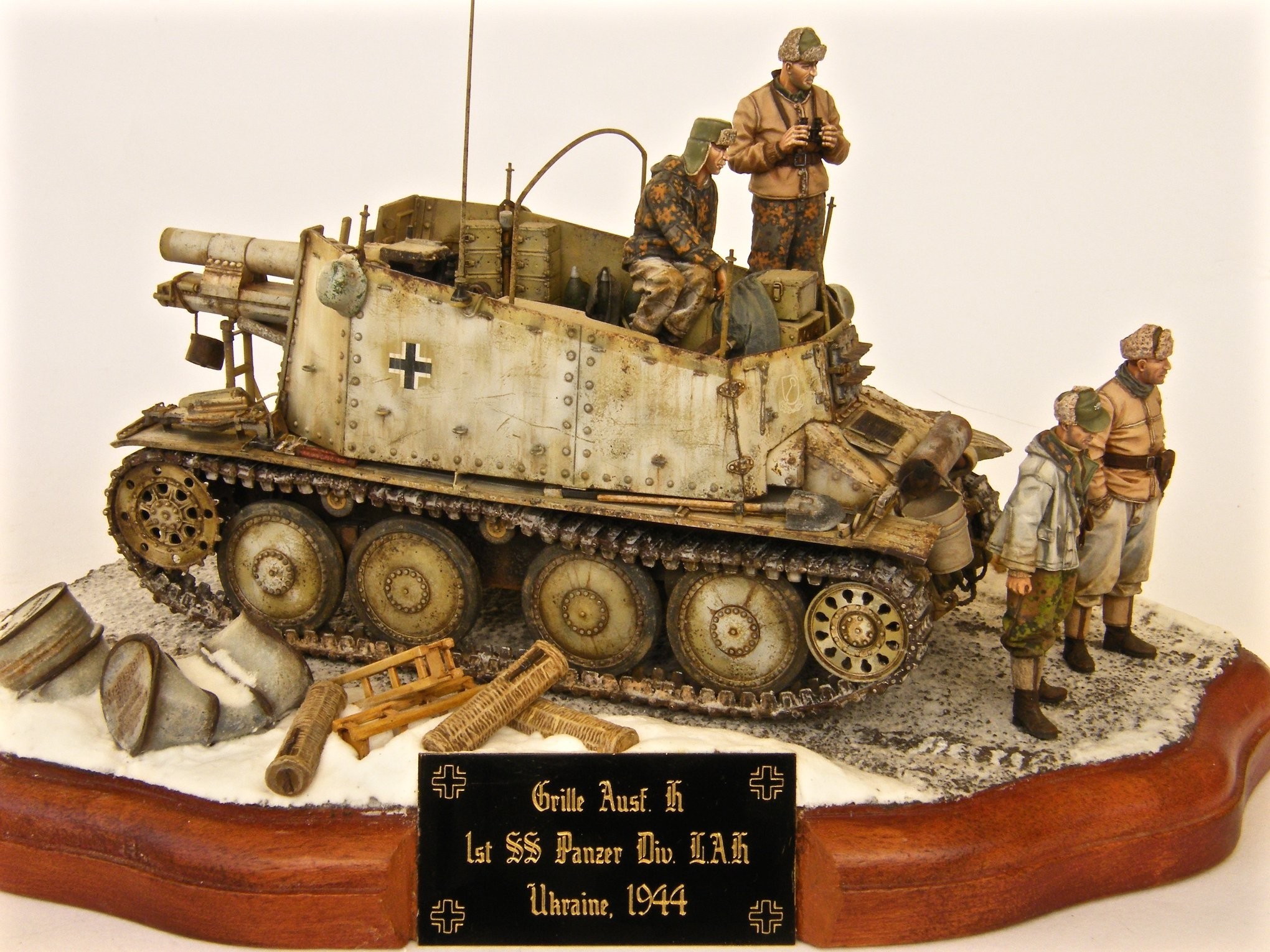 This is partial text from the full article (usually with photos) at https://armorama.com/news/grille-ausf--h-1st-ss-panzer-div-lah-ukraine-1944-inspirations-by-phil-hyslop
1 Like
Hohenstaufen March 3, 2022, 12:01pm #2

Beautifully done. Love the SS camouflage on the figures, the base, the vehicle - everything! I just have one small beef - the tactical mark on the front. That is for a cavalry or recce (Aufsklarung) unit (6th company). It’s wrong for the Grille, which belonged to the gun company (Infanterie Geschutze, usually 13th company) of an infantry regiment, specifically at this time of the war, to the regiment which had a battalion in Sdkfz251s. The Grille was not used by recce units, they had only the short 75mm ex-Pz IV gun mounted on the Sdkfz251 in their Heavy Company (Sdkfz251/9).

Found these pictures ,it has the same tactical marking.
It even took out a plane ? …see the Aircraft marking on the side 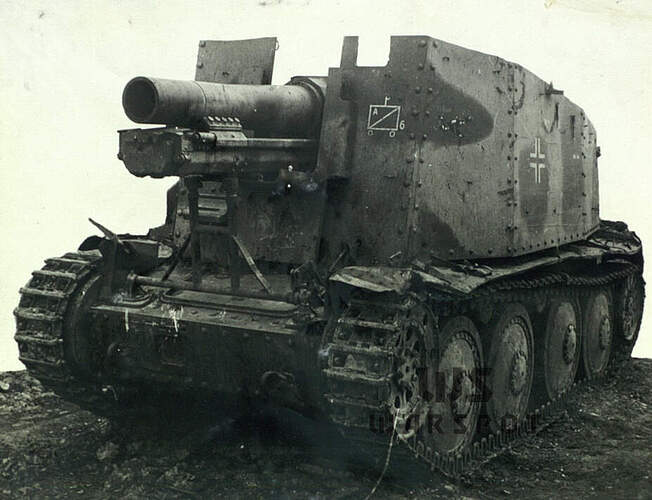 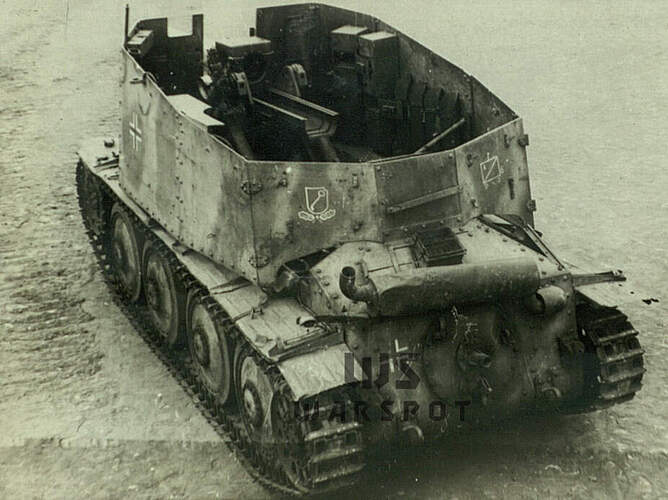 Can’t answer that! But even in the photo it still shouldn’t be. That tac sign was actually an early war symbol, too early for the Grille, even an early one such as this. It also makes no sense, the Grille is too slow to operate with fast recce troops. Maybe it was part of an ad hoc kampfgruppe based around the Aufklarungabteilung? Or maybe someone added it after capture (these photos have the look of captured vehicles)? This is not meant as a criticism of the builder, but illustrates nicely the pitfalls of following photographs in isolation. Here’s what the correct tac mark should be: 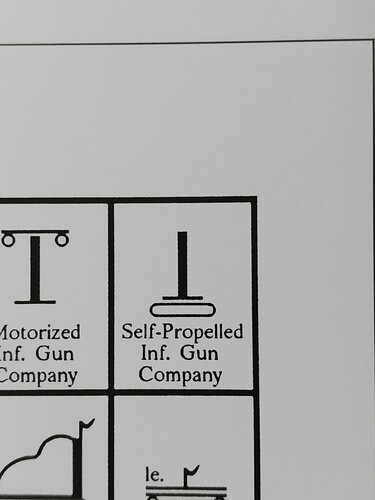