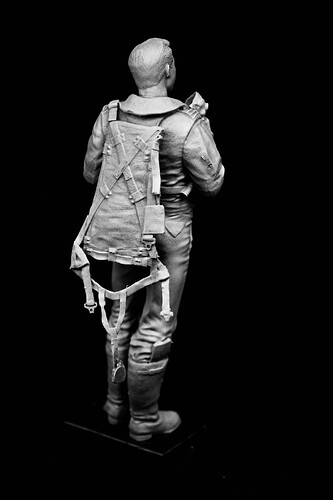 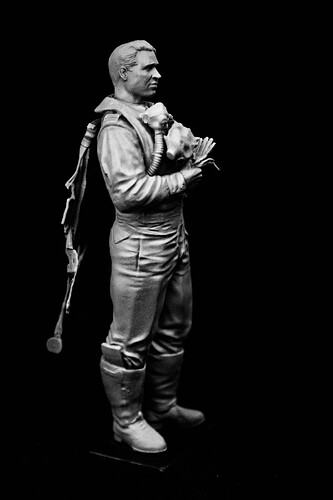 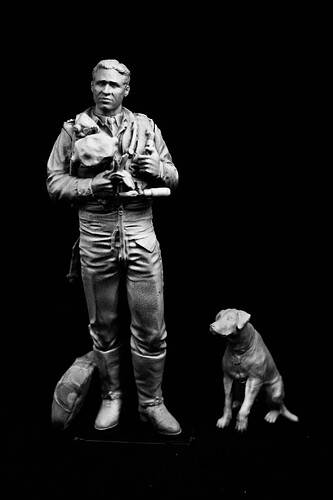 With his dog whose name is not to be mentioned.

That’s for damn sure - straight to hell!

i heard a rumour that they were going to remake the dambusters film and that the dog was to be called Digger!

Name the dog after ANZACs?

if i remember correctly it was the guy who did the lord of the rings films and i think iwas going to be made in Australia.

Hunh! the things you learn on this forum, I had to look this up on the WWW . . . well it was a good movie though.

There was a lot of kick back about changing the dogs name and it was going to potentially remain as it was in real life and then the film sort of disappeared.

This link is posted as a historical reference for this post only and in no way meant to offend any individual. Nigger was a male black labrador retriever belonging to Wing Commander Guy Gibson of the Royal Air Force, and the mascot of No. 617 Squadron. Gibson owned the dog when he was previously a member of 106 Squadron. Nigger often accompanied Gibson on training flights and was a great favourite of the members of both 106 and 617 Squadrons. He was noted for his liking of beer, which he drank from his own bowl in the Officers' Mess. Nigger died on 16 May 1943, the day of the famous "Dambusters" raid,...

and is taken from an online open reference source.

I remember in the book by Paul Brickhill how the dog had a penchant for beer. The crew obliged him.
Once he had his fill you could see him making his way down the hallway urinating as he walked.

Once he had his fill you could see him making his way down the hallway urinating as he walked.

Yeap, been there, done that lol…

What may not be generally known is that the RAF, in a move I find repugnant as it reeks of revisionist history let alone an overweening political correctness, replaced the dog’s details on his tombstone at RAF Scampton and expunged his name.

Now, I don’t want this to trigger all sorts of off-topic rants as occasionally happens on this site, but jeez; I mean, it was of its time for God’s sake.

@BootsDMS holy cow i didn’t know that had happened, damn that is sad pandering to these modern day bed wetting types.

i think i have a picture of the dog’s grave stone, it’s in one of bruce halfpenny’s ghost station books if i recall correctly.

Sad indeed David, a couple of years ago I recall - but that’s the sort of country we’ve become, and no one seems willing to put the brakes on it all.

@BootsDMS the lunatics have definitely taken over the asylum.

I remember watching the “Dambusters” movie as a kid on TV. The dog’s name was “Trigger”. As a young adult, flush with money from one of my first jobs, I bought a Videotape Recorder and my first tape was “Dambusters”. On a hot summer night with my apartment door and windows open, I watched this beloved movie. When he started to call out to his dog, my heart stopped in shock, and I leapt for the volume control! After I calmed down, I laughed and laughed. One of my favorite memories!

Hi Guys,
Boots is very correct Peter Jackson was & does want to make a new movie about the Dambusters, but he has flat out refused to change the name of Guy Gibsons dog. Hence no movie being made!!
Mike

So rename it Snigger for the script & bamboozle political correctness out loud. For example: