With the advent of the new Halo series now streaming on Paramount+, do any of you think we might get decent models of the Halo vehicles or main characters? I know several vehicles & figures came out a while ago, but they seemed kind of “toy-like”. Does anyone else like Halo, or is it to obscure?

Here is the series premier that was uploaded to YouTube: Halo The Series (2022) | Series Premiere | Full Episode | Paramount+

Yeah, still my favourite FPS. Couldn’t believe how good it was when it was the release game for the first Xbox. One of my friends and I still occasionally spend an evening with a few beers playing through the original campaign. The Silent Cartographer is one of our favourites.

Never got any of the kits you mentioned, as you say they were a bit simplistic. However I would be very happy if the series leads to some new plastic!

Not available in the UK yet, even the YouTube version, but apparently going to be available through Sky Movies in the summer, very much looking forward to it.

You sound like a big fan, so you’re probably aware of the other live action Halo film that was made for Halo 4: Halo 4: Forward Unto Dawn

There are some very nice 3D models for print from Gambody, I really like to get the D77 Pelican.

Not available in the UK yet

God bless dodgy download sites via my firestick lol… I thought the series so far was ok. Only 2 episodes, but I think it has potential… Some critics moaned about it, but you can’t please everyone. It is set before the discovery of the Halo ring so I presume there will be a fair amount of back story about Master Chief, but so far, I like it … Was that Halo 4 film any good Jim ?

The Halo 4 film wasn’t bad. It’s the back story of Thomas Laskey and is 31 years before the game. Halo 4: Forward Unto Dawn

The only issue I have so far with the Halo Series, is the human Covenant member Makee. What’s up with that? Looks like they took a page from the original Battlestar Galactica. Is she the Baltar of Halo?

That was mentioned by some of the critics that it draws some things from other SciFi series. It is watchable though and as it’s supposed to be set before the Halo ring discovery, I guess they have a bit of artistic licence … It’s already been approved a 2nd series. Will have to have a look for the H4 film and check that out

Im a huge Halo fan and when it was released I got sooooo exited. I have a few small problems with the show but not much tbh.

Other than that I think the show rocks!!!

And for anyone wondering when its set in Halo lore by my estimate its way before Halo CE and Reach. Most people don’t know but Halo Reach is a prequel to CE.

@Johnnych01 Halo 4 Forward unto Dawn is probably my favorite live action Halo movie and it’s extremely lore accurate. You should really enjoy it.

Then there’s Nightfall, which is pretty ok. Forward unto Dawn is better IMO. 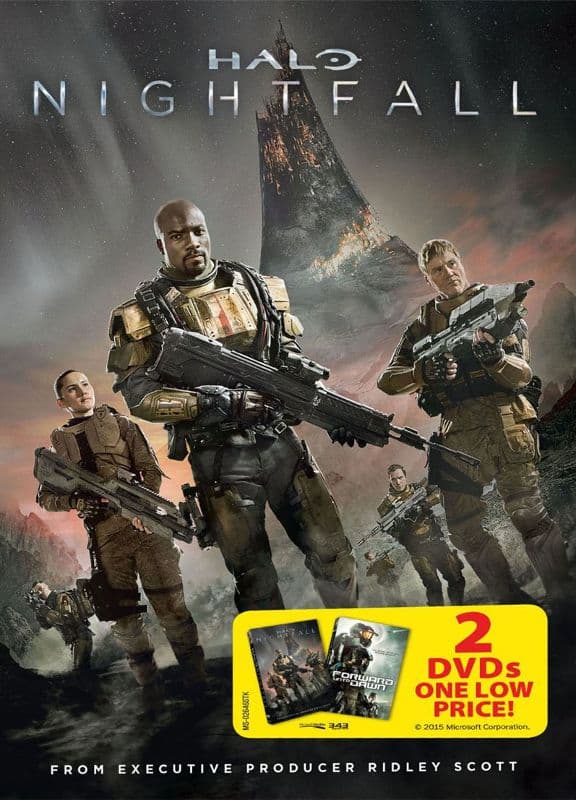 Question, who else got super exited when they saw the Halsey flash clone? We all know whats coming next!!!

The majority of us don’t like the live action tv show.

Personally, as a screw counter and started from history miniature first, I find the action figure to be subpart and indeed toylike. Nevertheless, many people over Halo groups enjoy them and have huge collections.

Some folks on the Star Wars community made some awesome Halo figure file to 3d print, mostly based on Halo 6. I bought a few and prepare to print them soon. I prefer to paint my own and have smaller scale (1/32). Most of the static collectible are rather big (5 inches plus) and not well coloured.

@jimb I agree with the answers here—I think buying 3-D printed HALO models is the best way to go compared to waiting for model kit companies to release kits.

You can “custom order” from the seller what scale you desire.

Still not sure on this Makee character though…

I cant think of a single time in Halo where the Covenant would have had a human interacting with the prophets.

Also the fact master chief keeps removing his helmet kinda ruins it for me.