I wonder if the medal was ever awarded for this campaign?

Jesper,
The world wonders with you. Actually, I don’t think one was ever envisioned, as the site migration went during the Hangar Queen X campaign where no awards were being given, and from what I see is that they have just come out about halfway through 2021. That said, if someone can come up with a medal, that would be cool! Unfortunately, my skills are a bit lacking in this area. It would also be nice if this medal could made such that it can be edited for the next years campaign.
John

John, I would be great to have a unique medal that is just updated every year with a new year: 2021, 2022 etc….
This is what I am doing for the Hot out of the Moulds campaign.

I feel guilty by throwing Peters @petbat name out there again, but let’s face it: Peter is the medal master

Now this one is a challenge. How to get the meaning across in a 128 x 128 pixel graphic… that will still be clear enough in the on screen view… How about…

I can remove the scalpel and brush and just do the standard medal brass if you prefer. The Hangar is the hard part, getting contrast in colours to show up.

Looks great, Peter. Love the brush and scalpel in the band.

Maybe play more on the name of the campaign and replace the spiderweb with a queens crown on top of the hangar? Just my two cents.

Thanks for once again stepping up and designing a medal

My first thought was to replace the web with a crown, and then I saw that Jesper beat me to it! I also agree with the bush and knife. Pretty neat!

Peter,
Really nice work! I like the top one, though both are great!! Though I do think the roman numerals would be nice for continuity from the campaigns roots. Just a thought.
John

Though I do think the roman numerals would be nice

Seems you may bee outvoted Jesper.

and one for the next build…

Not trying to be picky. Just pointing out that 2021 was Hangar Queen XI, and this year is Hangar Queen XII. This is in line with the history of the campaign, which we’ve now been doing for 12 years. I just recalled the past ribbons that were awarded and we used Roman numerals then. If we want to go with the Gregorian calendar year date, that’s fine, I just thought it would be nice to maintain the continuity of where this campaign came from and how long we’ve been doing it. That’s all. Let me know your thoughts.

And a special thanks to Peter for making the changes so quickly! A skill I don’t possess, you make it seem effortless.

Just joking about being picky. I got that there is tradition involved and that does count for a lot.

I’ll leave you guys to sort out which you want to use.

I’m am generally an armour builder. My single attempt at an aircraft kit in the last 5 years ended in disaster. However, I do have a couple of part started 1/48th scale kits in the stash that I have let languish. Maybe I should keep an eye out for Hangar Queens 12…

Fooled you, we hid it this year, now it’s called Hanger Queen XII. Come on over, there’s always room for one or two ore three or 27 more.

Awesome looking medals. I agree on the top and I am completely fine with Roman numerals.

@john41492, is it time to submit names of campaign finishers for the medals

Yes Jesper, the names and the medal have been submitted. Hope to see or hear something soon! 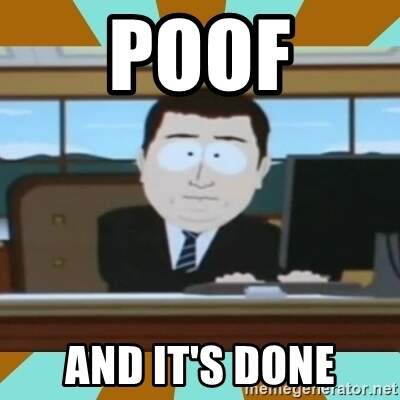 Awesome! Thanks Jim and John!

Thanks guys it looks nice, and I’m proud to have it. I just wish that there was a way to display all that ‘fruit salad’ on my banner page.