I started building this something like 20 years ago after being given it as part payment for a couple of built AFV models. I had painted the camo and then it sat for most of those 20 years waiting to get finished. One bonus of the wait is that I didn’t use the kit decals but I painted all of the markings. I also wanted to suggest a war wary airframe being used for the bomb, so I painted some panels as if they are from a different aircraft and so painted a part code on the port side. I think that every other model of this that I have seen built has the Fw190 mothership with its undercarriage down but I wanted it retracted, which caused some issues but I’m quite pleased with the outcome. I used sliding tube to fit the 2 aircraft together and I made a point of quite drastically flattening the tyres on the Ju88 as these combinations were actually overweight!
I finally finished it last year. 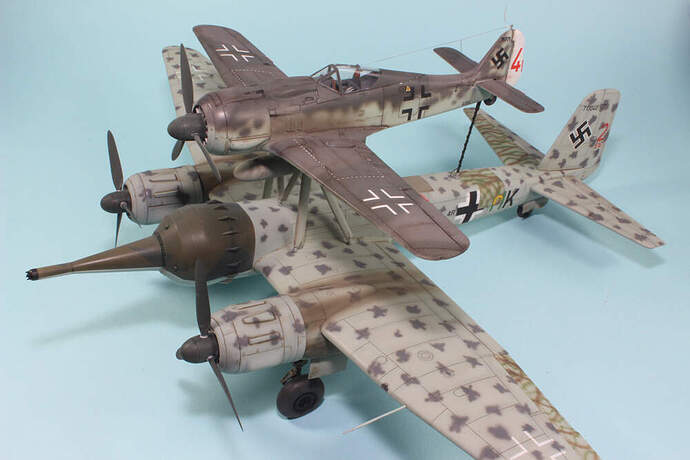 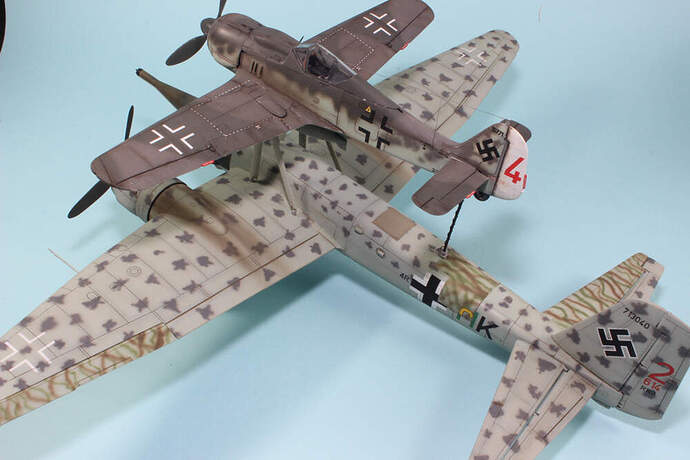 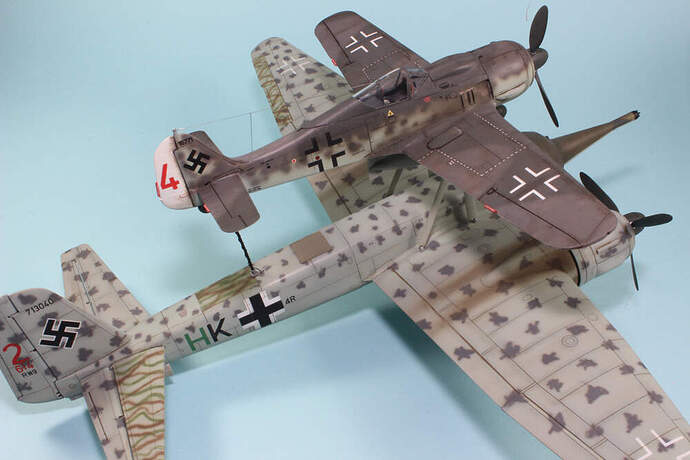 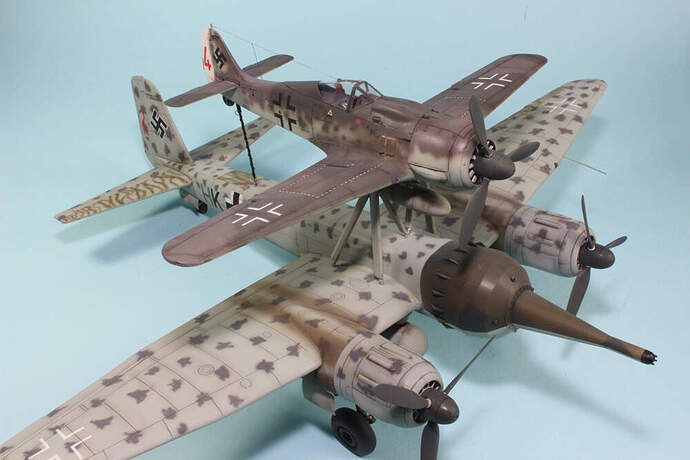 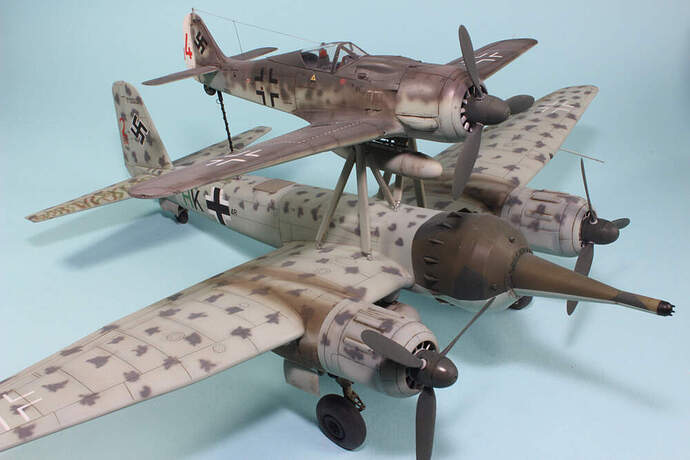 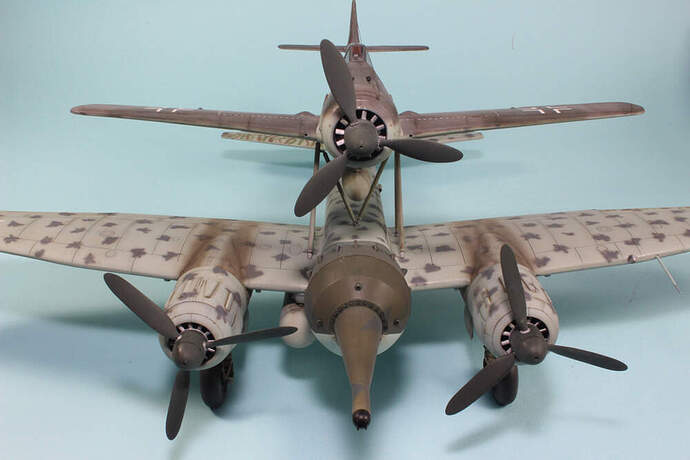 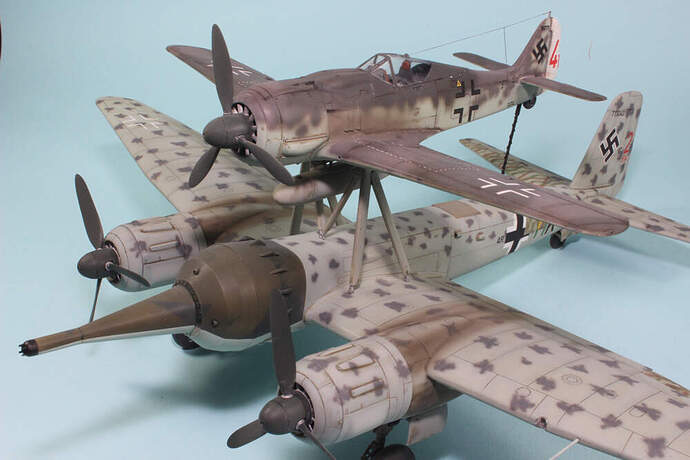 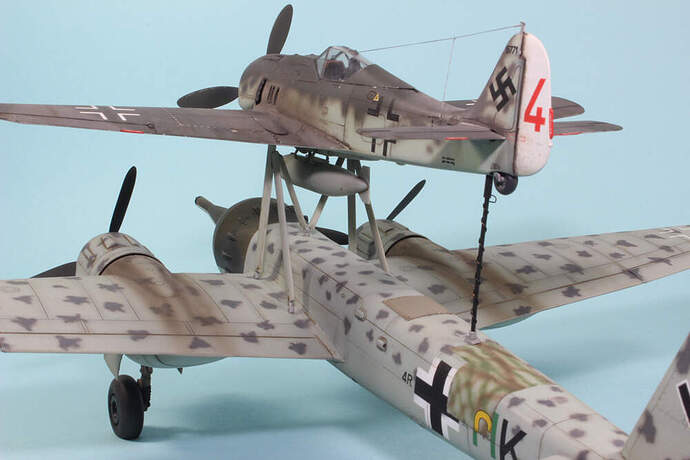 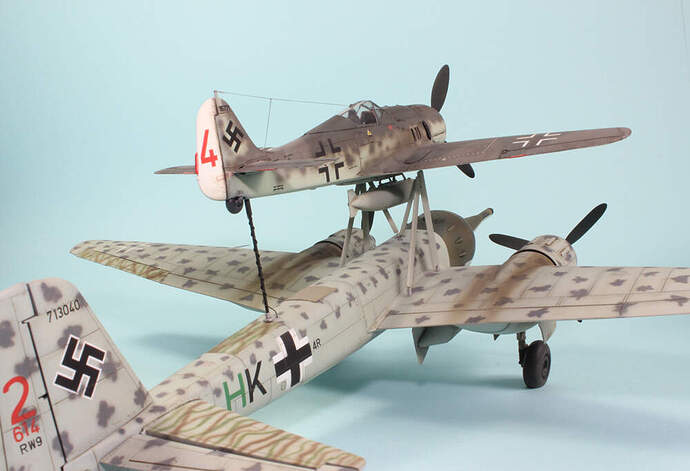 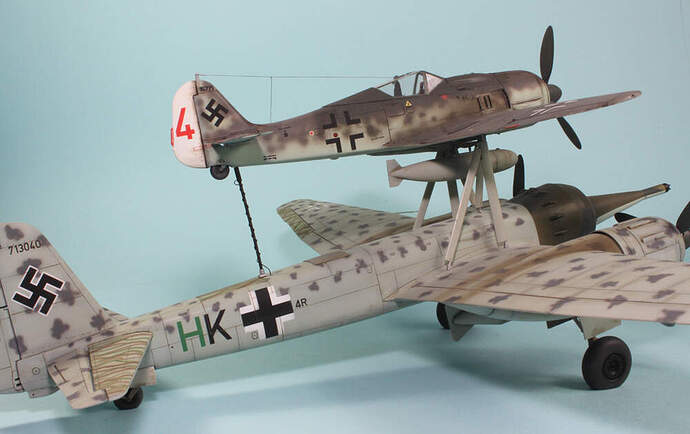 Very imposing kit and I like the little changes you made to the bomb airframe. Finishing on the colours and cam look great as do your very annoyingly great decals lol … I would not of wanted to be the pilot for that though. It would be one big bang. I just looked at some pics of the real ones in World War Pictures, its massive when you see the troops stood near it. Great build

Thanks, but there were no decals harmed in the building of this, not one! apart from the odd tiny stencil data type

So even the Werk Numbers and the 4R on the JU88 are painted.