I’ve been building aircraft for a little while now, but I’m curious if anyone has any experience with Hasegawa’s Macross jets. I would assume that if they’re like the typical Hase offerings they’re pretty top notch.

not really. personally, at the risk of offending people, I really despise anime. searched it, though, and i believe i did do it once- but it wasn’t in my opinion any good.

Yeah anime definitely isn’t for everyone… though to be fair, there is some truly awful anime, but also some brilliant stuff that can go toe to toe with anything else out there.

I grew up on Macross in the 80s (technically, the Americanized “Robotech” version to start) so anything from that series/storyline is major nostalgia for me. I may pick up a kit just for the fun of having something colorful and off the wall on my shelf.

yeah, I do that too!

There is plenty of fun to be had with the Macross / Robotech kits from Bandai, Hasegawa to mention a few makers.

I have build a Hasegawa 1/48 Valkyrie fighter jet that I put on a carrier deck. Really chuffed with the result.

It’s down to if you like the genre, then you will enjoy building space fighter / mecha.

I built a 1/72 Regult battle pod which I put in a city scene ( Macross City).
I have a number of other kits awaiting, a Hasegawa 1/72 Elint Valkyrie that has over 200 parts. If you were expecting simple kits with barely anything in them, then this is not for you as they are typically complex, highly detailed model kits.
I also have kits of the Valkerie in full battleroid mode and Gerwalker mode (half fighter / half battleroid).

What floats your boat?

I have build a Hasegawa 1/48 Valkyrie fighter jet that I put on a carrier deck. Really chuffed with the result.

That was in Fine Scale Modeler magazine wasn’t it?
It was my fav build of the issue.

Not sure if any of my builds ever made a magazine, but I do also have a Super Strike Valkyrie in 1/48 by Hasegawa awaiting my attention.

Here are the builds that I mentioned and you make up your mind if they are worthwhile your time. 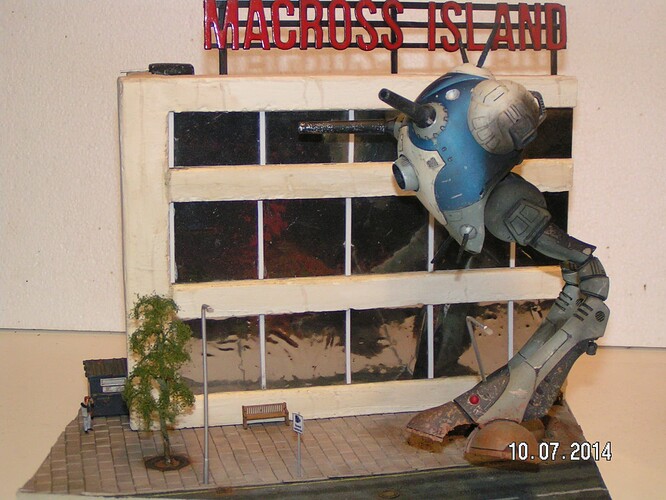 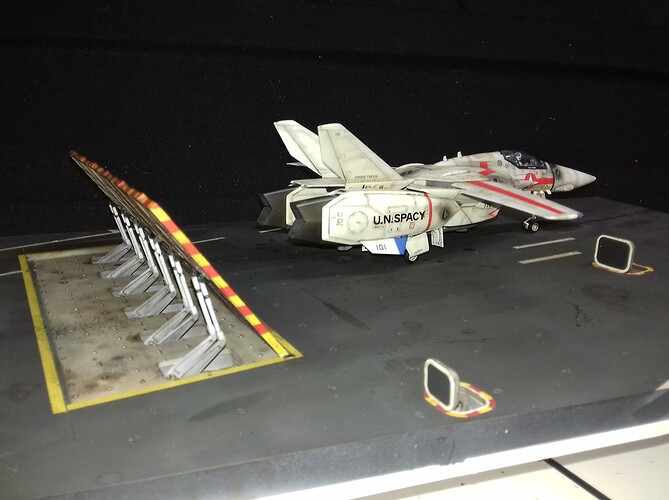 It’s what you make of them.

That VF-1 is pretty neat.

I’m such a slow builder though, who knows when I’ll get to putting one together? There’s definitely a Macross jet on my wishlist though.

The 1/72 kits are really cool, I’m either doing the Super Ostrich or the VE-1 Elintseeker first for my next Macross/Robotech build.

I’m probably edging towards the Elint variant as it its really cool and different.

The more traditional mecha designs are also on my wish list, but the can be pricey depending on availability.

Nice chatting to you.

The kit that triggered my interest is this one from Hasegawa: RVF-25 メサイア “マクロスF” | 株式会社 ハセガワ

The color, the style… that radome!! It’s too cool to pass up.

Now that is a different variant, which I do agree has a cool colour scheme.

This is the one I have…

and this is another one ebay.

Given that the opening credits of the original Macross anime had Hikaru Ichijo being launched off a flight deck, with all of the normal carrier procedure, it seems perfectly rational to produce a diorama of the same evolution, and it’s very nicely executed.