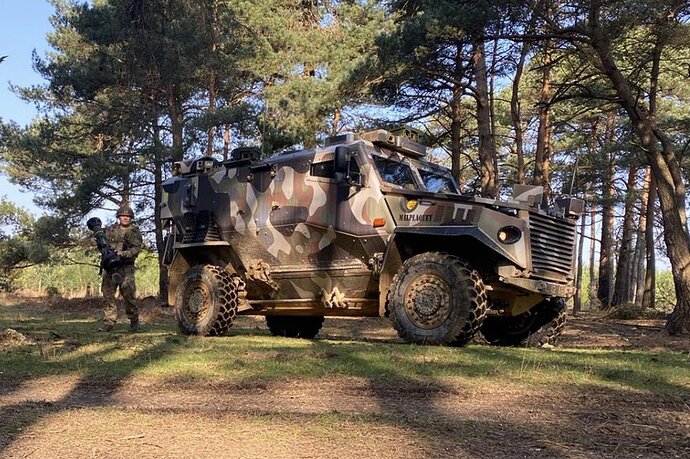 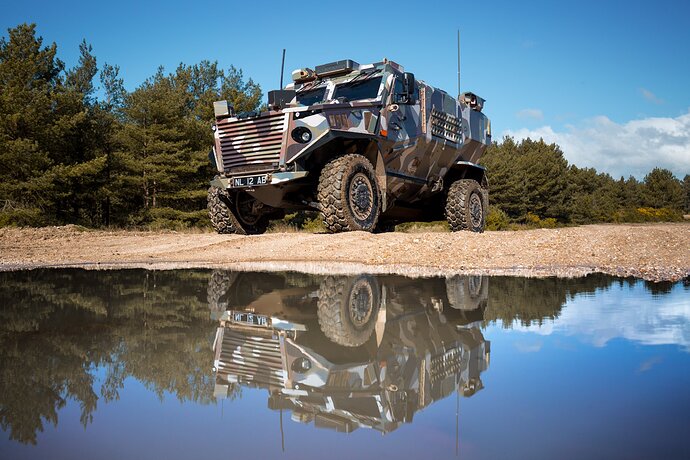 For those of us who didn’t already know what a Foxhound is: The Force Protection Ocelot is a British armoured vehicle that replaced the United Kingdom's Snatch Land Rover with British forces. It received the service name Foxhound, in line with the canine names given to other wheeled armored vehicles in current British use such as Mastiff, Wolfhound, and Ridgeback, which are all variants of the Cougar. It is not to be confused with the BAE Systems Australia Foxhound, a modified Short Brothers S600. The goal in replacing the Snatch Land Rover was to imp...