There was major uprisings both years against the occupation and the Wehrmacht drove tanks through the streets as a show of force. I would like to build a panzer IV from the situation.

It seems to be an early ausf. H to me, but I might be wrong?
Any tips and tricks on this? 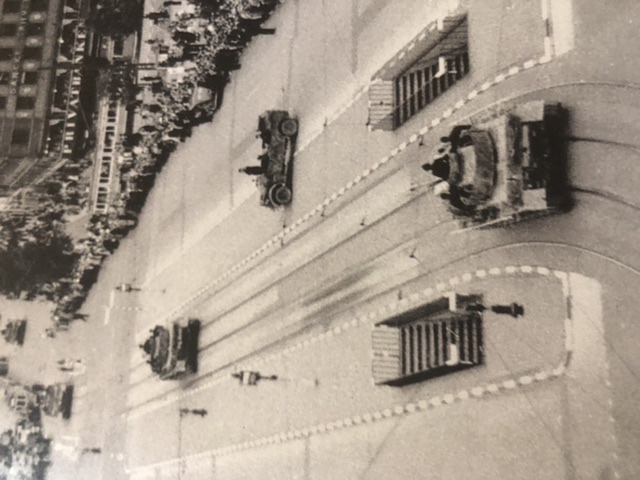 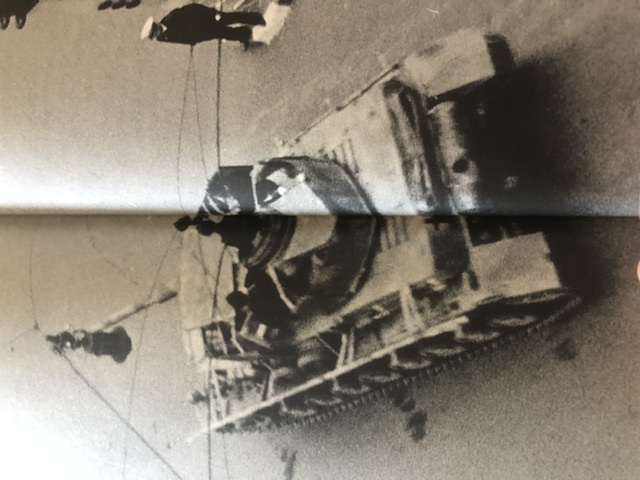 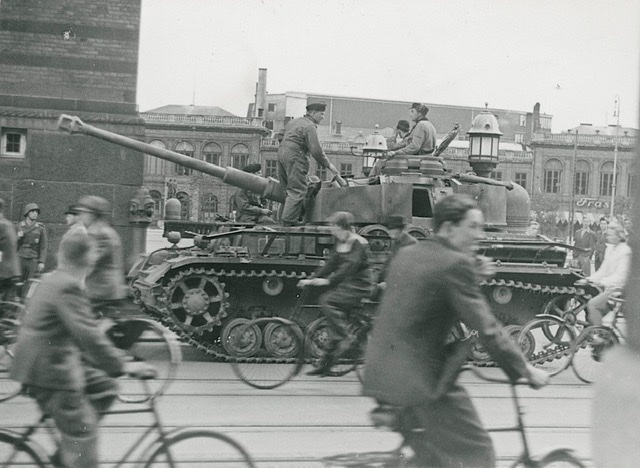 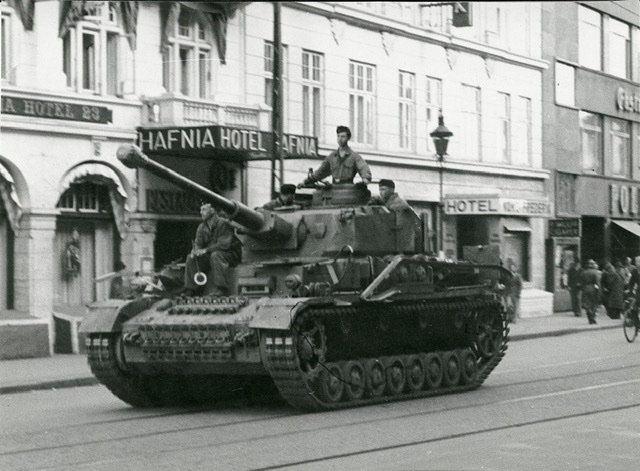 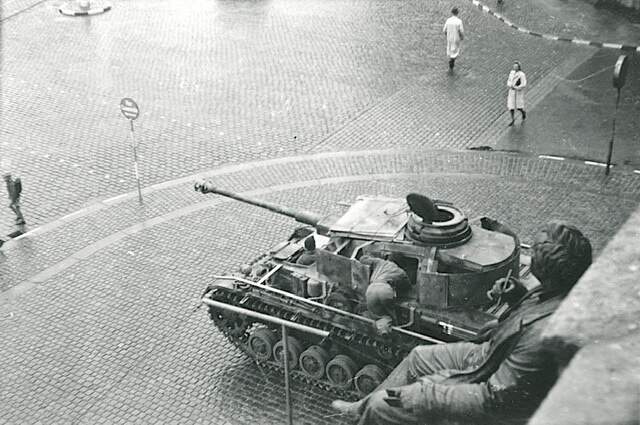 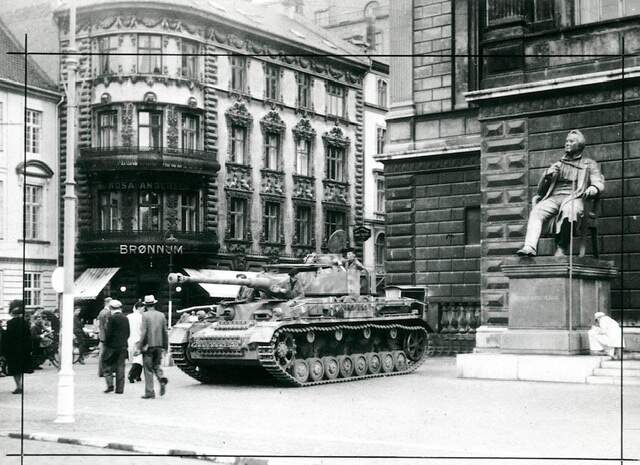 I’d say G, based on the final drive details. The lack of Zimmerit and hull side ports date production to be no later than 09/43 anyway. I don’t think I’ve ever seen an H with those sprockets either.

G was the first thing that came to my mind.

I too would favor late Pz IV G for reasons listed above. Plus I didn’t see an antenna mount on the left rear hull which is typical for an Ausf H.

I think a few ~50 very early Ausf H may have received the sprockets shown.

Is that a Balkenkreuz just to the left of the crewman head above this should?

Is that a Balkenkreuz just to the left of the crewman head above this should?

I saved the pic and enlarged it on my pc. The horizontal part seems to be part of the rainguard over the side hatch, and the vertical part is one of the ends of the guard. My Ausf F kit has the guards as a shaped piece of sheet metal that was welded above the hatch and it kind of looks like what you see in the photo.

This is indeed a late G as it has the one-piece cupola hatch from around March 1943 onwards. This also makes the schurzen factory-installed as opposed to field because they didn’t add schurzen until after they upgraded the roofs and cupolas (So schurzen + old cupola = field mod). And I think it was built by Vomag as they fitted both cheek candles and schurzen doors that opened to the right for a brief time during May 1943.

These are all Ausf.G vehicles, produced between March and April 1943- 2 Bosch lights, turret Schuerzen mounted to forward Schuerzen bracket with 2 bolts.

Second picture- this must be a Krupp vehicle(the type of spare wheels box is typical for Krupp Panzer IV’s), although gun cleaning rods arrangement( with brush on bottom) points to Vomag/Ni-Werke. Note side Schuerzen stored on turret roof

Fourth picture- nice puzzle here.
The vehicle has Vomag style of spare wheel box, Krupp style of cleaning rod arrangement and Krupp style of Bosch lamp cable.
The hollow guide horns of the spare tracks also points to Krupp.
The 2 part commander hatch and the cutout on the welded superstructure armor above the driver visor are pre-April 1943 features, but the C-hooks came in use later-May/June 1943.This might be an L/43 armed Panzer IV.

I assume fifth and sixth picture show the same vehicle and I think it is another Krupp production Panzer IV- hollow guide horns of tracks and Krupp style spare wheels box, yet the overhead view shows it has a wheel retaining bar mounted. S-hooks are still in use and Schuerzen are once again stored on turret top. It is also possible, that this vehicle is the one from the second picture.

Hi guys, thanks a lot for all the feedback. I Will go through my dragon 1/35 pz. IV stash and try to find a suitable model.
Your help is very much appreciated!!

It seems clear to me it is standard 3 color camo, but Incan see no markings at all. No numbers or even crosses. Interesting.

Once again thanks for your help

You can check out this AHF topic too:
https://forum.axishistory.com/viewtopic.php?f=47&t=211050

It deals with Panzer IV’s in Denmark and has some pictures and info,

Wow! Fantastic tread! Thanks a lot for sharing!