Hey guys, Im working on Dragons 1/35 USMC M1a1 Bagdad 2003 and Im not sure if the kit is missing the screen for the bottom of the bustle rack or is just not a part of the kit as either PE or mesh.
(The instructions dont seem to mention it, which is weird as the kit does come with a PE sheet but it doesn’t include it.)

Thats the screen im talking about if anyones wondering. (Sorry for stealing your pic @Armor_Buff ) 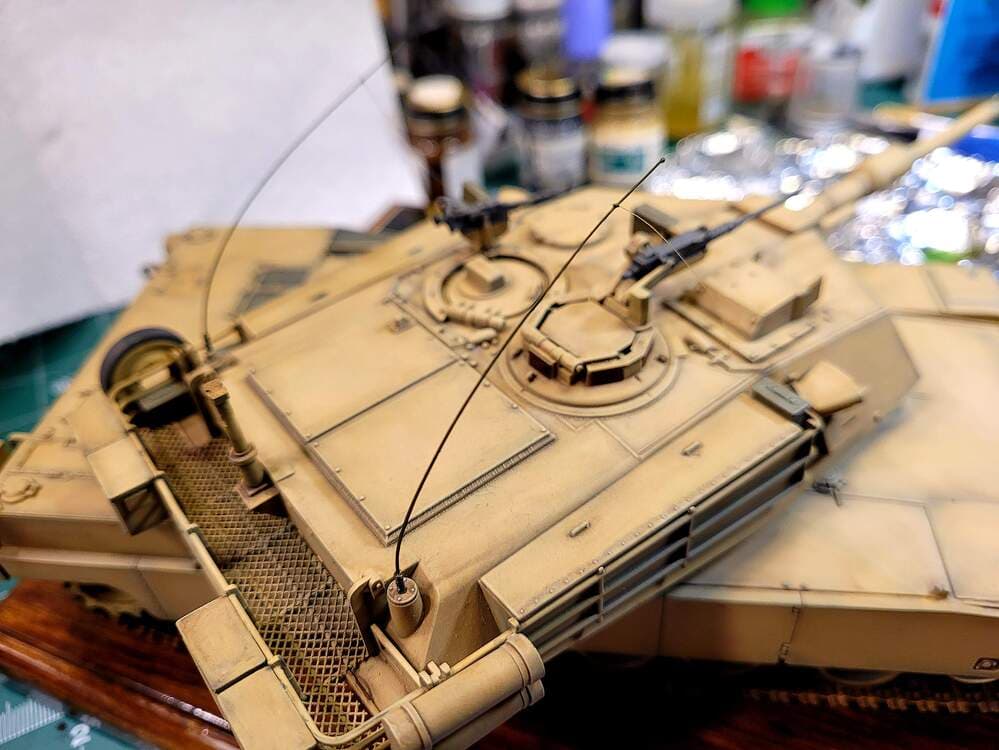 But I found another build of the same kit and as you can see his model dosent have the screen. 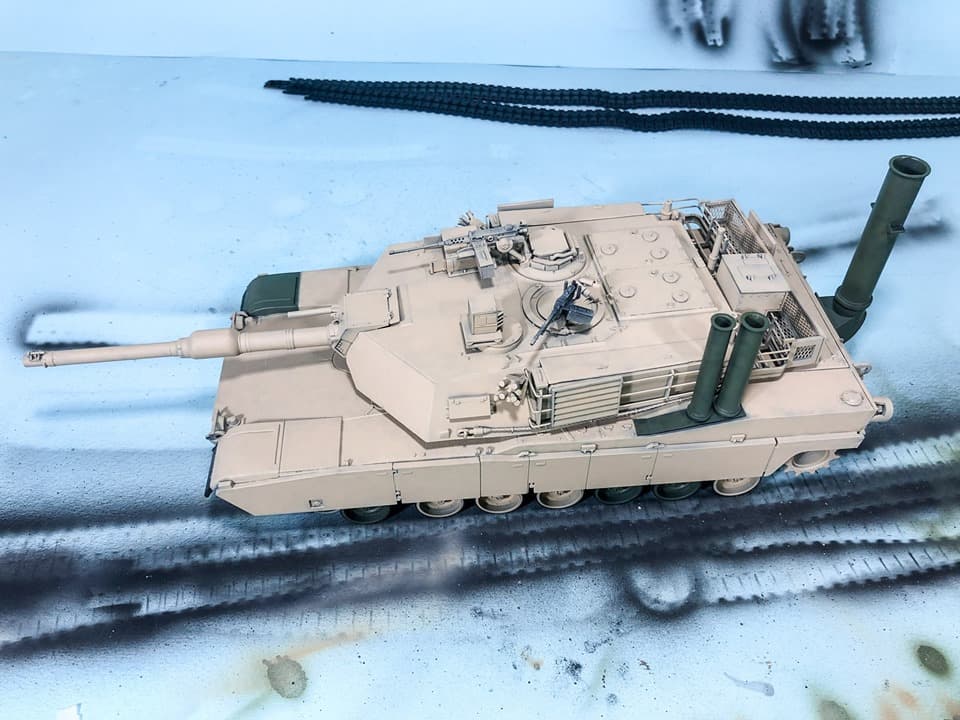 So should it have the screen or not? Or were they removed or just never added in real life?

Thanks guys for any help

Looks like that kit boxing should not according to Terry.
https://www.perthmilitarymodelling.com/reviews/vehicles/dragon/dr3533.html

When Dragon did the AIM kit a few years later, they added the PE.

It’s there in real life. @Tank_1812 Ryan, that last picture is A+++, even shows a little real chipping in spots!

I think some Abrams have one in the bustle rack. Not sure what time period issued etc. That can help make the rack more interesting etc.

Lol, you’re more than welcome to use that picture

Thanks for the help guys

Im currently suffering from bronchitis so havent felt motivated to model, but I wanna get back at it soon!

And yes @Armor_Buff its included and Im definitely adding it

HeavyArty is the most knowledgeable person here regarding questions like this from the OP. Unless he has changed his opinion, he used to recommend the Meng USMC M1A1 kit as the best to represent a Marine Abrams. I have 2 of the Meng kits, haven’t built either one yet, but both will be USMC tanks.

Yes, the Meng kit is a good kit for a Marine tank especially modern. Dragon in the day was a step up from Tamiya in detail as I recall.

As to the original question, that kit did not include the mesh for the bustle rack. And yes, all Abrams have the mesh. It is a factory installed item.

And yes, I still think Meng’s USMC M1A1 is the best option out there for a recent history USMC Abrams.