Help with ID on tow trucks and trailers

Could anyone help me identify both the “tow trucks” (not sure what the right word is? Tractor?) and the trailers in the following 3 pictures? And if possible guide me if there are a 1/35 option on the market today? Not sure if it is M1070, a SLT or anything else. (Pictures from Google search).

Thanks in advance! /Freddy 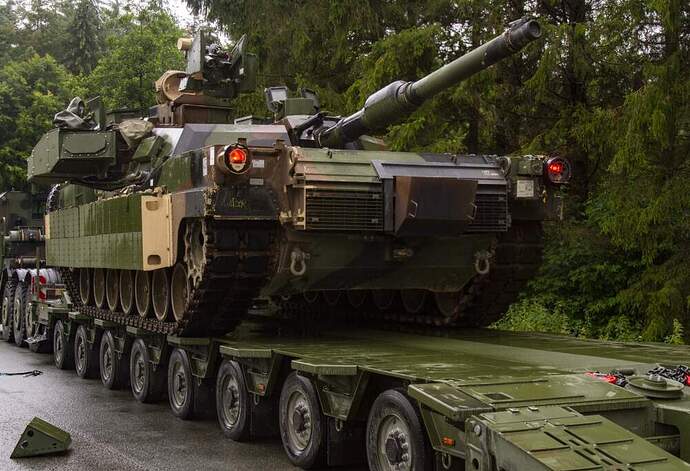 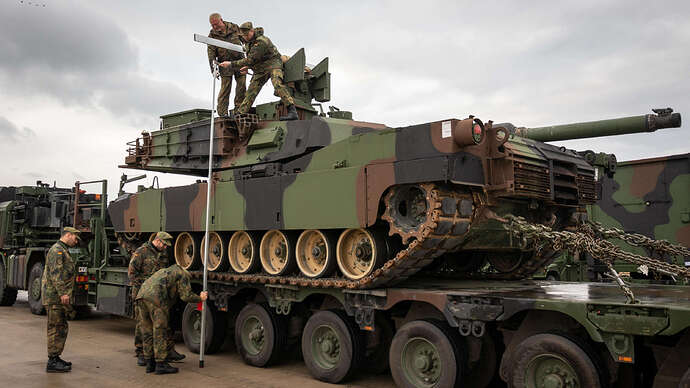 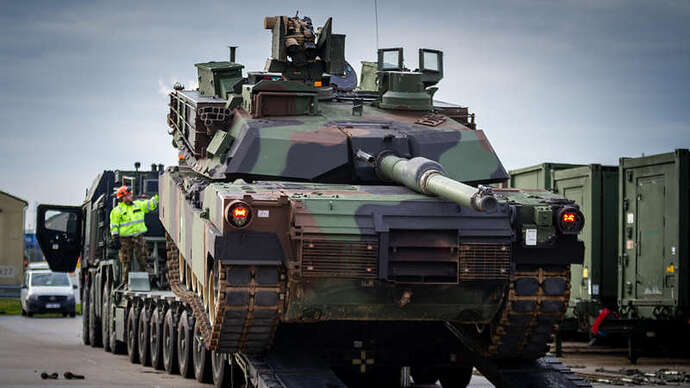 From what I can see, it looks like an M1070F HETS, which is the British version of the Oshkosh M1070 HETS. 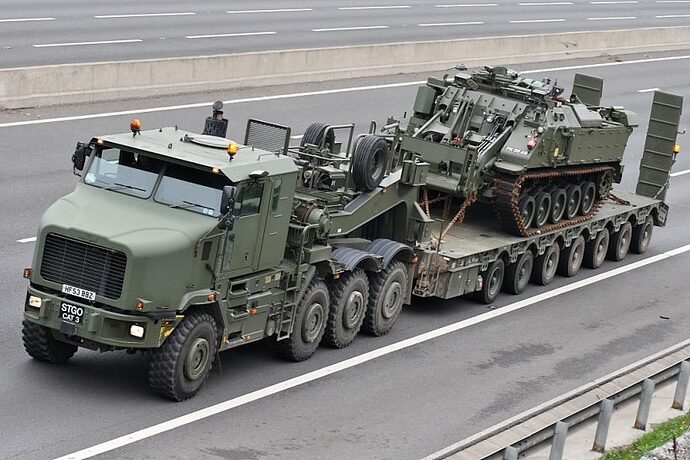 Tank transporters is the proper terminology.
The first photo is not of an M1070F; it is the EHETS (Enhanced Heavy Equipment Transporter System). This is an upgraded version of the M1070 HETS meant to primarily allow the US to meet European road requirements. The tractor is an M1300 (a modified M1070A1 tractor) and the trailer is an M1302 with 8 axles as opposed to the five axles of the M1000 trailer used with the M1070. The EHETS is brand new and just being fielded now. No kit is available although you could perhaps try to convert the Accurate Armour British M1070F tractor to an M1300.
The second photo is of the German SLT II “Mammut”. No kit is available of this. Kits are available of one of its predecessors, the SLT-56 Franziska, from Trumpeter and Accurate Armour (although the AA kit is OOP).
The third photo appears to be the same SLT II Mammut as in the second photo.

Its not a SLT 70 Mammut semitrailer. It looks similar to the SLT 70 but it isnt. I read somewhere that the semitrailer is made from a Dutch company. The whole vehicle is a specialized combo to cope with “narrow” European streets. No chance to build any of this in 1/72 or 1/35 scale.

If the images below show up as broken images they are still clickable links, don’t know why they show up with the icon for a broken image …
View along the side of the trailer used with SLT-70: 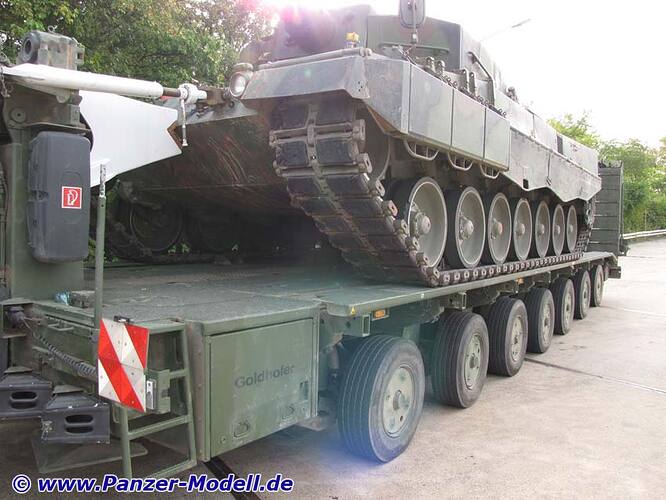 Overview which allows comparison of the trailer and tractor width, trailer
is wider than the tractor and the width extensions are full length. 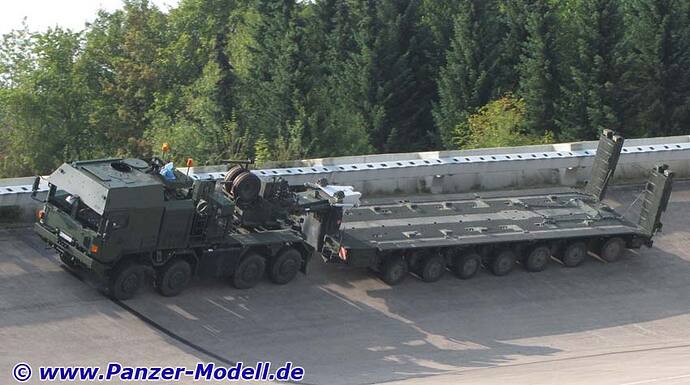 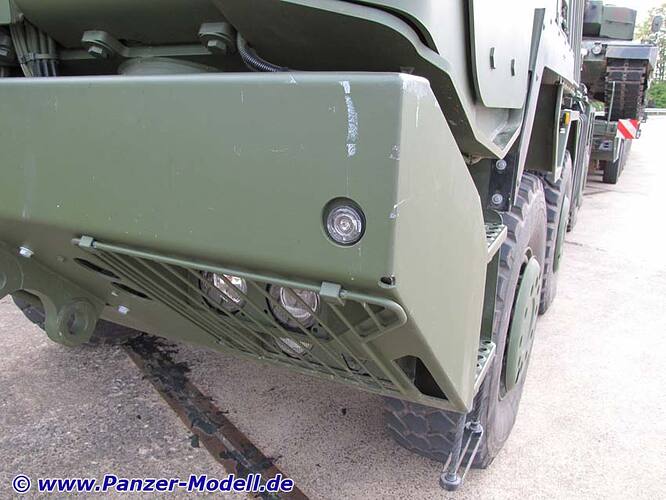 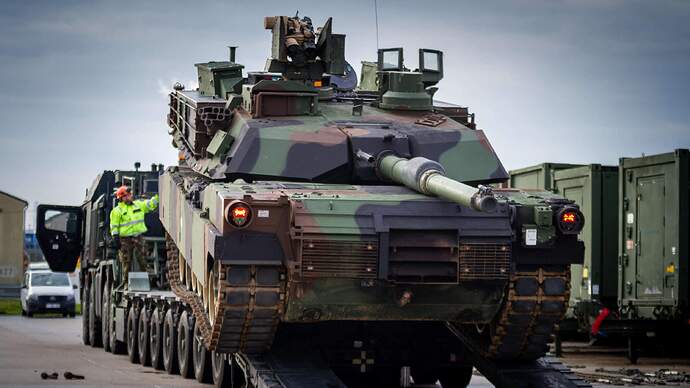 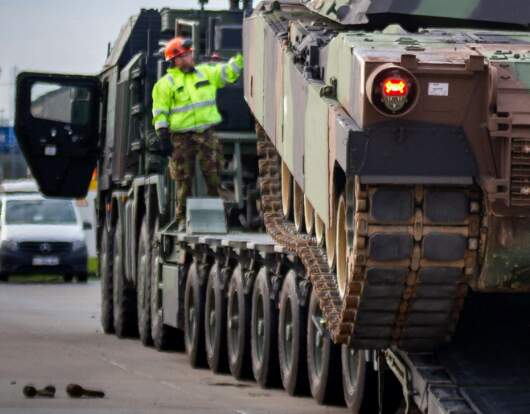 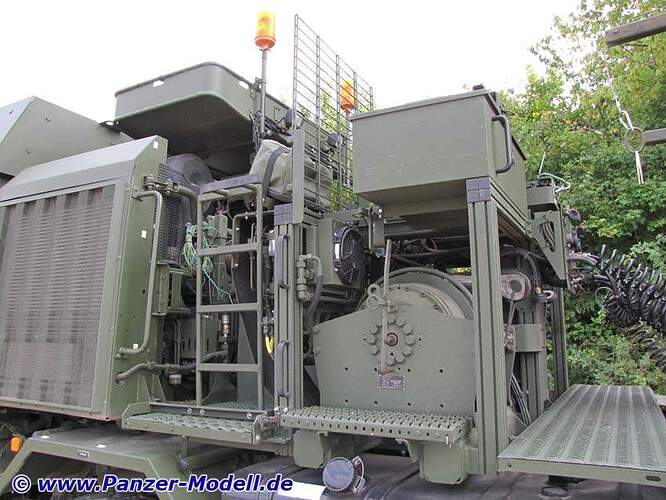 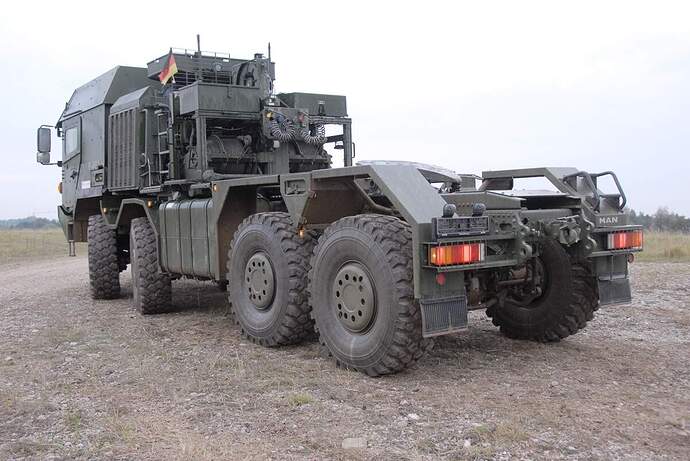 To state it clearly, the first image of the original poster is the Euro HET. The two other are SLT 70 Mammut. Either way, no kits of them available.
Edit: Not Euro HETS but Enhanced Heavy Equipment Tractor System.
https://asc.army.mil/web/portfolio-item/cs-css-heavy-equipment-transporter-system-hets/

OK, thanks to everyone for your response! I guess I have to wait for some manufacturer to make either an SLT 70 or EHETS. This is really the best with Armorama, there is so much expert knowledge here!

Robin: The truck and the trailer you show in the first three photos is one of the two prototypes of the SLT II. The trailer shown is a prototype built by Goldhofer AG and this was not the trailer that was eventually chosen for series production. Instead a trailer similar to the one shown in the original poster’s pictures was chosen, built by Doll Fahrzuegbau AG. I keep looking at the pictures though and I’m not sure if it’s different from the Doll trailer - there could just be some slight changes to the wheel well areas, but these could simply be updates as production has progress. Hermann could be right though, and it’s simply built by someone else.

Thanks! It’s a lot easier with equipment that has been in service for 20 years or more

Hermanns conclusion still stands: If one wants to buy a model one is screwed.