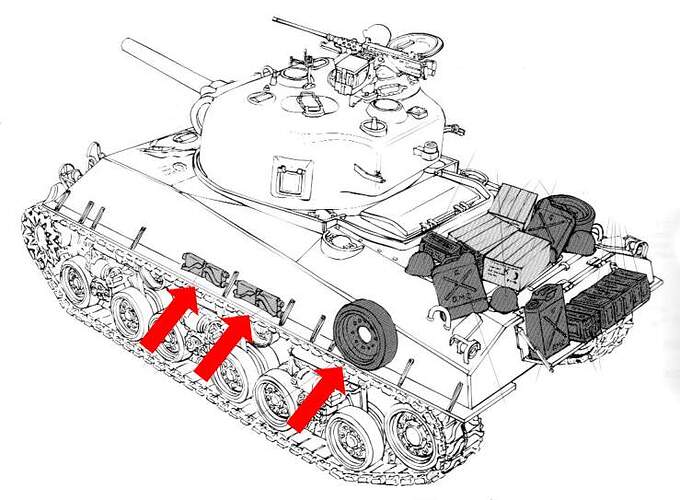 Are there pictures showing how those side tracks and wheels being secured ?
I tried googling under “M4 sherman side tracks and spare wheels tie down” but cannot find any historical picture of it.

Thanks for the help.

I’m wondering if there weren’t brackets welded to the hull, maybe a hook that goes through the Center of the road wheel, and a bracket on each end of the tracks? They are clearly secured somehow, this one that slid into the water still has its spare tracks OK, in real life threaded studs (bolts) were welded to the side of the tank in the correct locations. A special clamp was used to hold the track blocks on, and was secured using a nut, often a wingnut. The roadwheels were secured using a lug nut, same as used to mount them to the suspension. I do not recall if the Tamiya kit has the mounting parts molded to the track blocks. 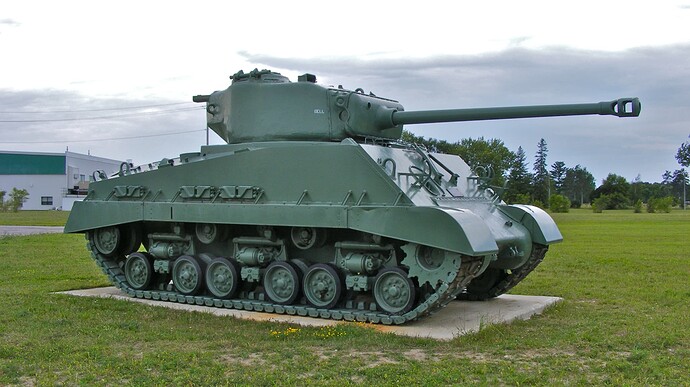 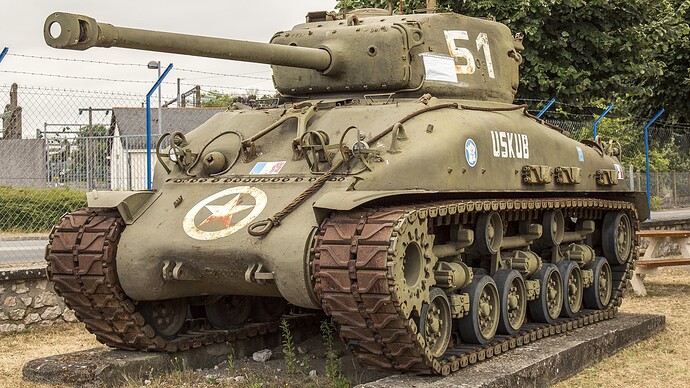 And you are correct, it is very difficult to find photos of this online. Also note, mounting these on the side was mostly a post WWII modification. This photo is from Korea. 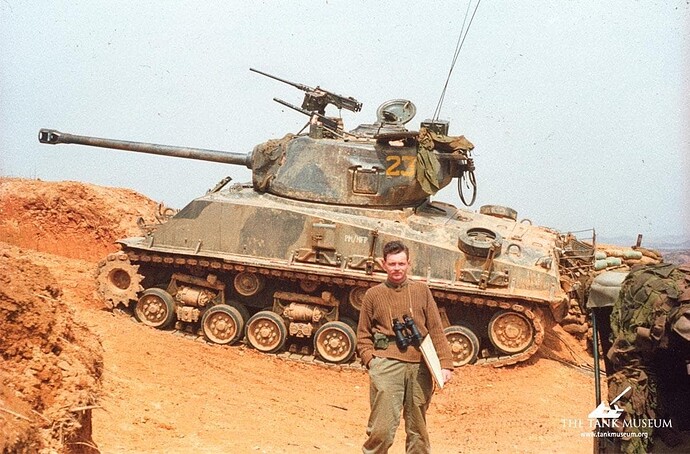 Someone that has a “walk around” set of photo’s would probably have a better photo of the track and wheel mounted.

Oddly, I just did a quasi walk around of an M4A3E8 yesterday of the one on the parade ground at Ft. Carson. (I have plenty of other photos at home, including the one at West Point) I was only going after specific bits, but I can assure you that on that particular tank there were no bolts or tiedowns to facilitate mounting the track blocks. That said, I know how I would do it absent such mounts - I’d stand up the blocks between the fender supports and run a piece of angle iron between several of the supports, securing the blocks in place, but making for very rapid removal. In fact, I may model one that way.
This particular photo shows exactly the same location as in the photo above of the one in Korea where there is a block, and as you can see, there is nothing there. 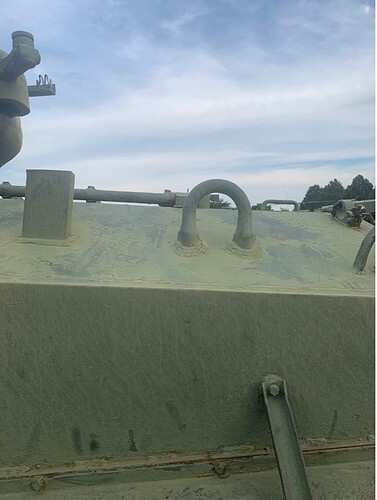 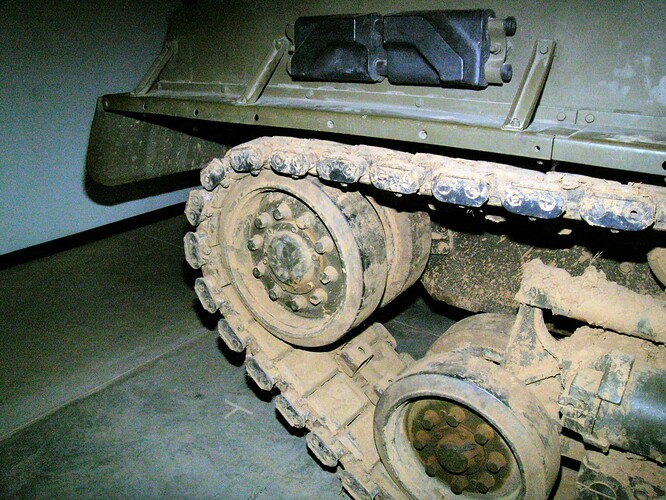 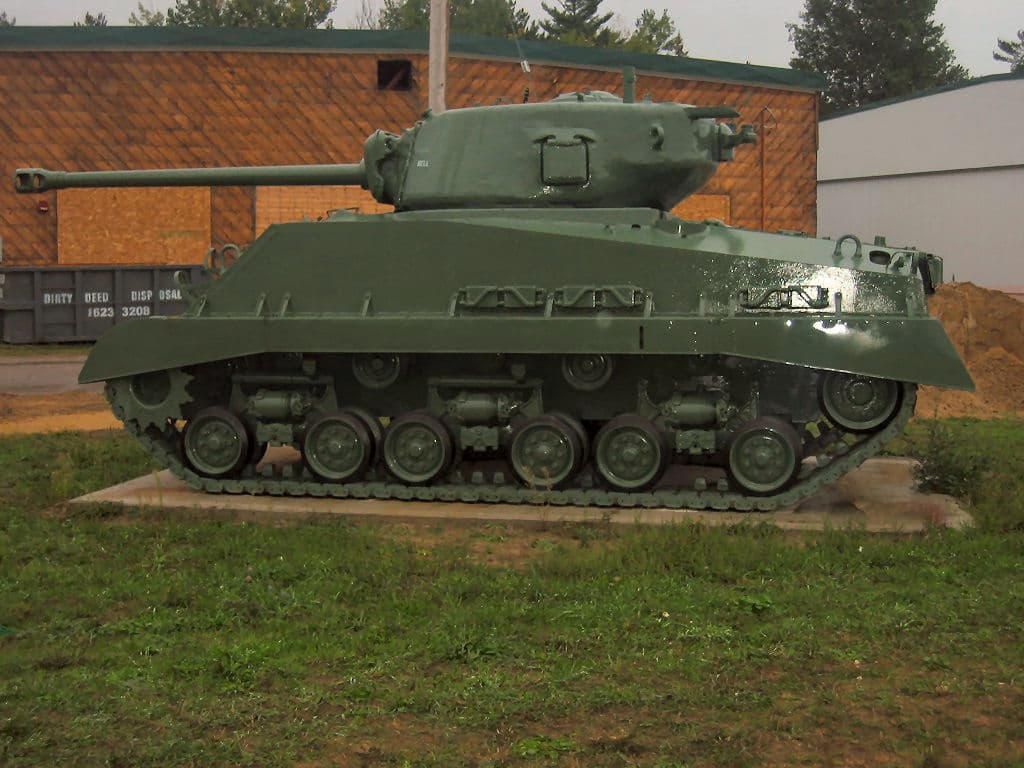 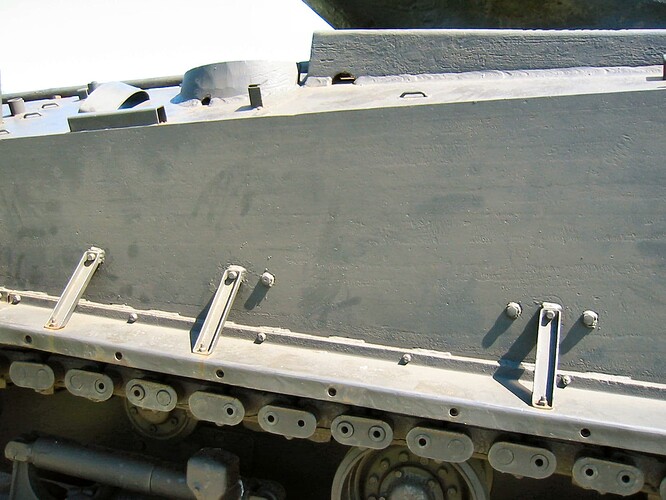 They didn’t all have them. as I said above, they were mostly a post war modification. Also, some units seem to have done the job locally, so there are variations as to the number and location. To make things even more fun, some had a box for a first aid kit mounted also. But not all of them, and in different locations.
Ken 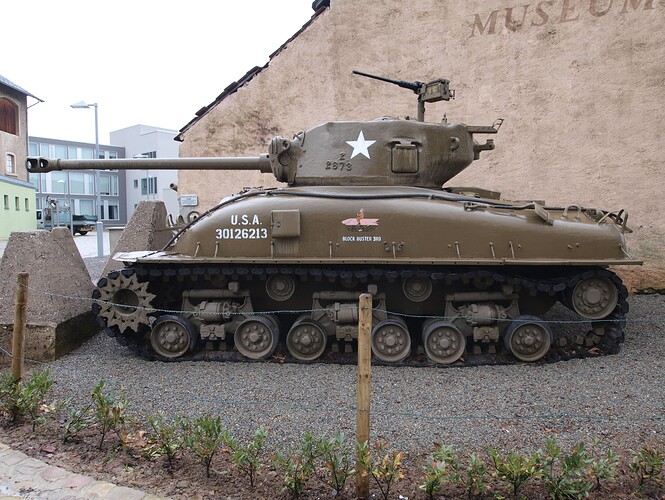 Thanks for replying Mead. However it is not clear to see how the spare wheels are mounted. Is it possible that this field modification ? I wonder if they add an L shape bracket to hold the wheels just like the German attach spare wheels on the StuG ?

That’s what I was thinking too, some kind of L brackets/ hook

It could also be just a rod welded to the hull and the other end can slide through one of the wheel’s screw holes ?

Still searching for better detail photos since apparently they can mount 2 spare wheels next to each other.

Yeah sorry the photos weren’t tough. I, like you found it very hard to find good close up pics 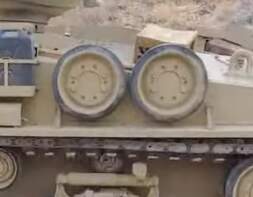 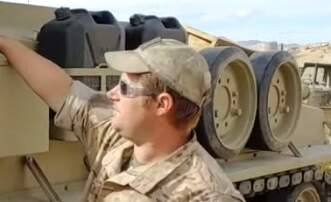 Those are great pics!

@TopSmith Top’s photos are from an Israeli tank, slightly different, but the same basic idea.

It could also be just a rod welded to the hull and the other end can slide through one of the wheel’s screw holes ?

Exactly, but the rod is threaded and a lug nut holds the wheel in place. Much more secure than an “L” bracket.
Ken