I started this build back in December 2019 and finished in early January 2020. i used takoms M-47 for the build, I had an idea of a diorama i wanted to do but got busy with work and other builds. I finally came back to it and finished the dio. I’ll admit the snow doesn’t look awesome, so this could turn into a dio i come back to in a few months and apply another layer of snow. But as for the snow it was my first attempt using tamiyas snow effect. Not bad in my opinion but i wish i had used the powder effect and not the one that supposed to be applied for vehicles. I may add a few snow drops to the tank and give it a hiding in the forest look like in the beginning of the battle of the bulge movie. 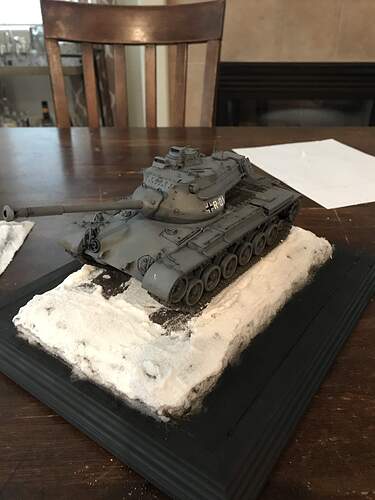 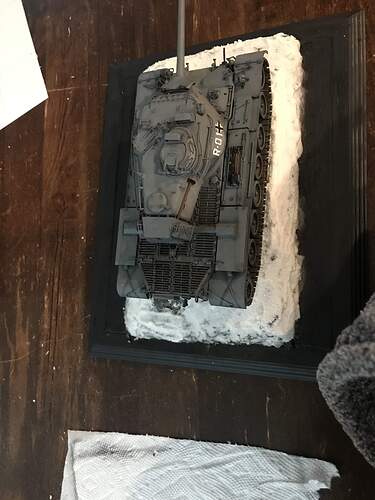 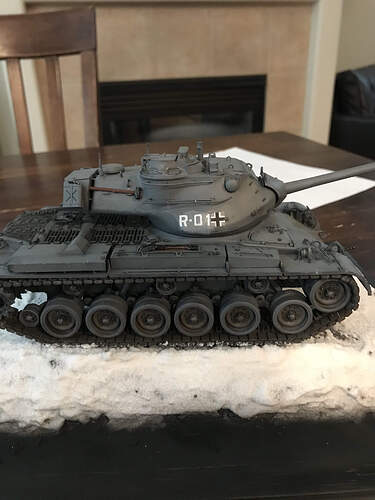 Looks awesome! I love the accuracy you put in to it!

Really though I love how it looks.

Now we all know the tune here, so all together now…

@Stikpusher yes I’m going to go back over and paint them. I think I may go back and add more powder snow effect and a tree at the end of the base , give it more of an appearance of being tucked away in the woods like in the beginning scene when they fly over and take a picture of the wooded terrain. I did a little weathering with some snow earlier and need to take pictures. The whole time i was building this i was humming panzerlied, may be time to watch the movie again.

I had just finished a similar M47/King Tiger a few weeks back - yours look much better than my attempt! I love the diorama base as well, great job!

This is great, I really like this. One I’ve often thought of building myself. I think you have captured it perfectly!

I have often thought of doing this too. I know the movie is ridiculously inaccurate, but I still love watching it. Brings back memories of me and my dad watching together, and he and I arguing about if those were really German tanks.

(he was in the 1st armored division, started the war as a tank driver) He swore they were! That more than anything has always told me, many vets didn’t care what the tanks looked like, or how they were painted, they saw those german crosses and that was all that mattered. Nice job Gregory!

@kunjuro what kit did you end up using to make your build, and how did you paint yours. I ended up having to ditch my panzer grey paint set after only using the base coat from ammo Mig, i used vallejos kreigmarine paint set a deck grey to get this look.

@Karl187 thank you, the snow if a first time for me and it was interesting to use tamiya. I don’t think i would of tried any other way of making snow.

Also went back and added some snow to my kit, I was going for a Tiger hiding in an Assembly area, much like the one they fly over that is camouflaged from the air. 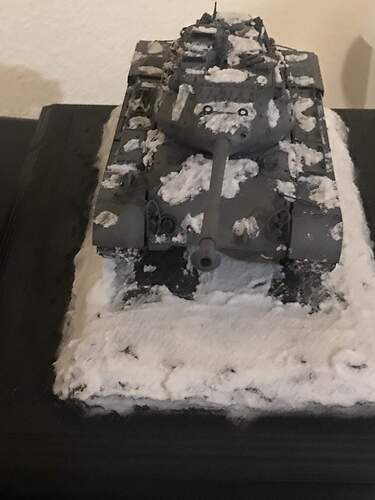 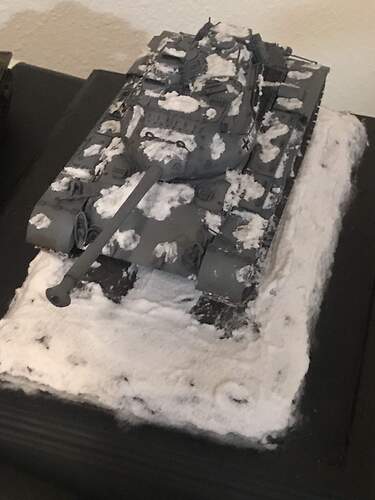 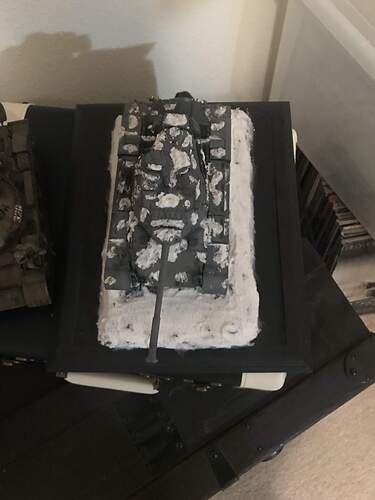 Looks great,I did one some years ago using the old Revell kit, I imagine this new kit would be of better quality,again great build

@Tojo72 yeah it is a great kit i highly recommend it. I also built the older M47 from italeri i believe, definitely a lot easier build compared to the old kit. It was a fun build and went together real easy. The tracks were also a lot better then what I’m accustomed to.