Something that’s been in the stash for years, and maybe something that should have stayed in the stash… I was looking for something I could build OOB or nearly so as I recuperate from back surgery and thought this was the ticket. However I really had no idea what a rat of a kit it was until I got started on the running gear. Things like the actual axles being too long for the road wheels to sit fully on, loose swing arm mounts, tracks too short and unglueable, on and on, so I pulled out a Tamiya Leo2A5 that I got for beer money and started scavenging parts, and oddly enough the Tamiya swing arms were a perfect fit in the HB hull. I also got better detail on the road wheels and a good fit. Even the idler mount went on. I did have to move the final drive housings forward by 2-3mm, but the lower hull went together okay after that.
Originally I wanted to build it as a Turkish tank, but the rest of the kit was such a battle I nixed that, just struggling with poor fit and lack of detail. Even the side skirts were a lousy fit, and the mounts just bumps with no detail. So I copied a build of the Meng kit in a magazine, and went for no skirts. I scratched the mount detail and with the exception of antennae and tow cables, it’s done. 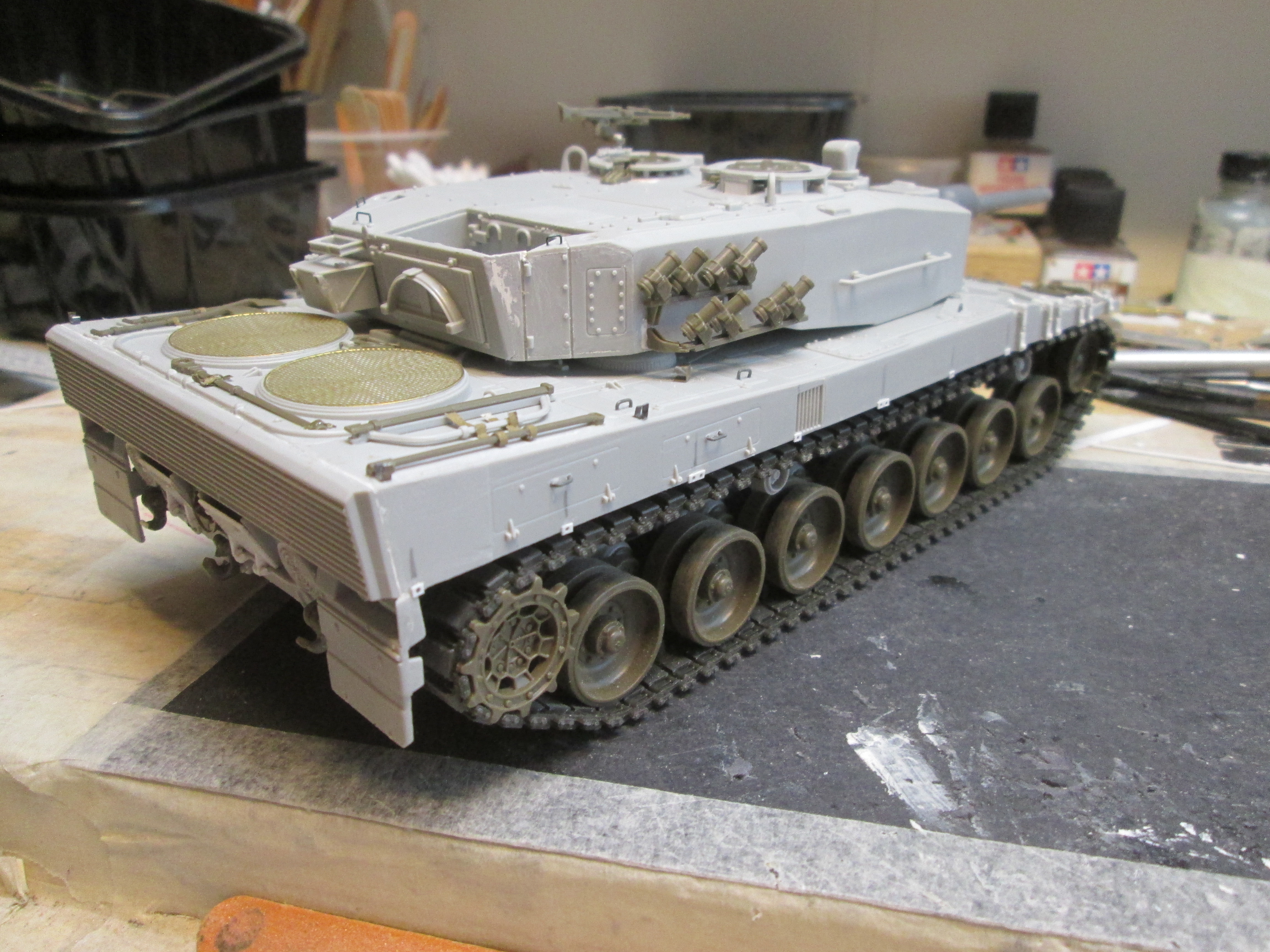 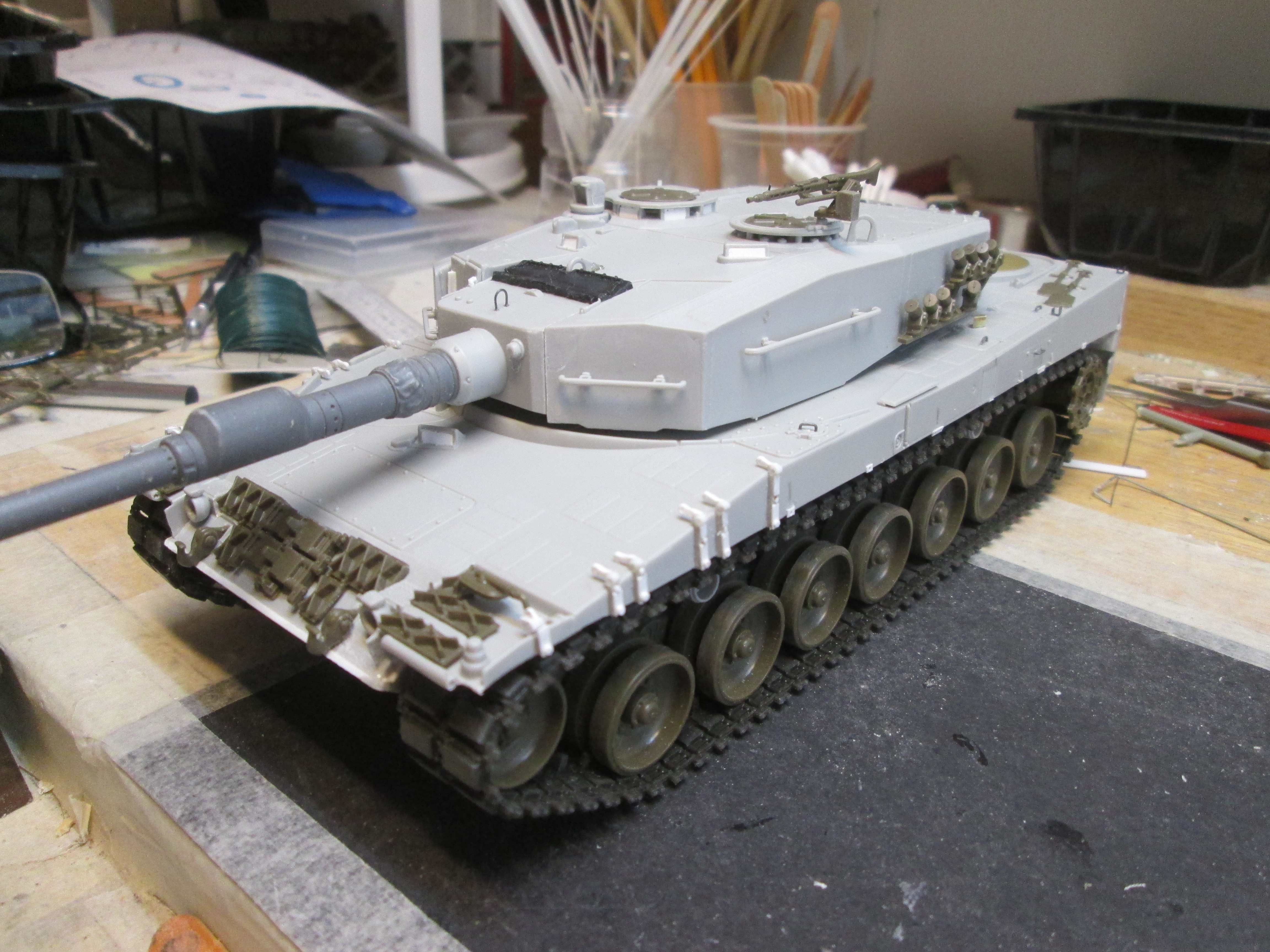 IMG_2867 by Russel Baer, on Flickr
If it’s green, it’s Tamiya, white is from Evergreen stock.
HB got so many details wrong, and even a few basic dimensions off as compared to the Tamiya kit that I would never have started this thing if I had bothered to research it first, but it’s about done now, so it goes in the paint lineup.

Good save on that HB dog! Sometimes you have to wonder what goes on in the design room…

I agree. I also wondered if anyone at HB actually built the kit…
And thanks. It came down to a war between me and the kit, and I wasn’t giving up.

After checking references again, I added the spare end connectors and center connectors stored under the mirrors and moved and detailed the mirror mounts. 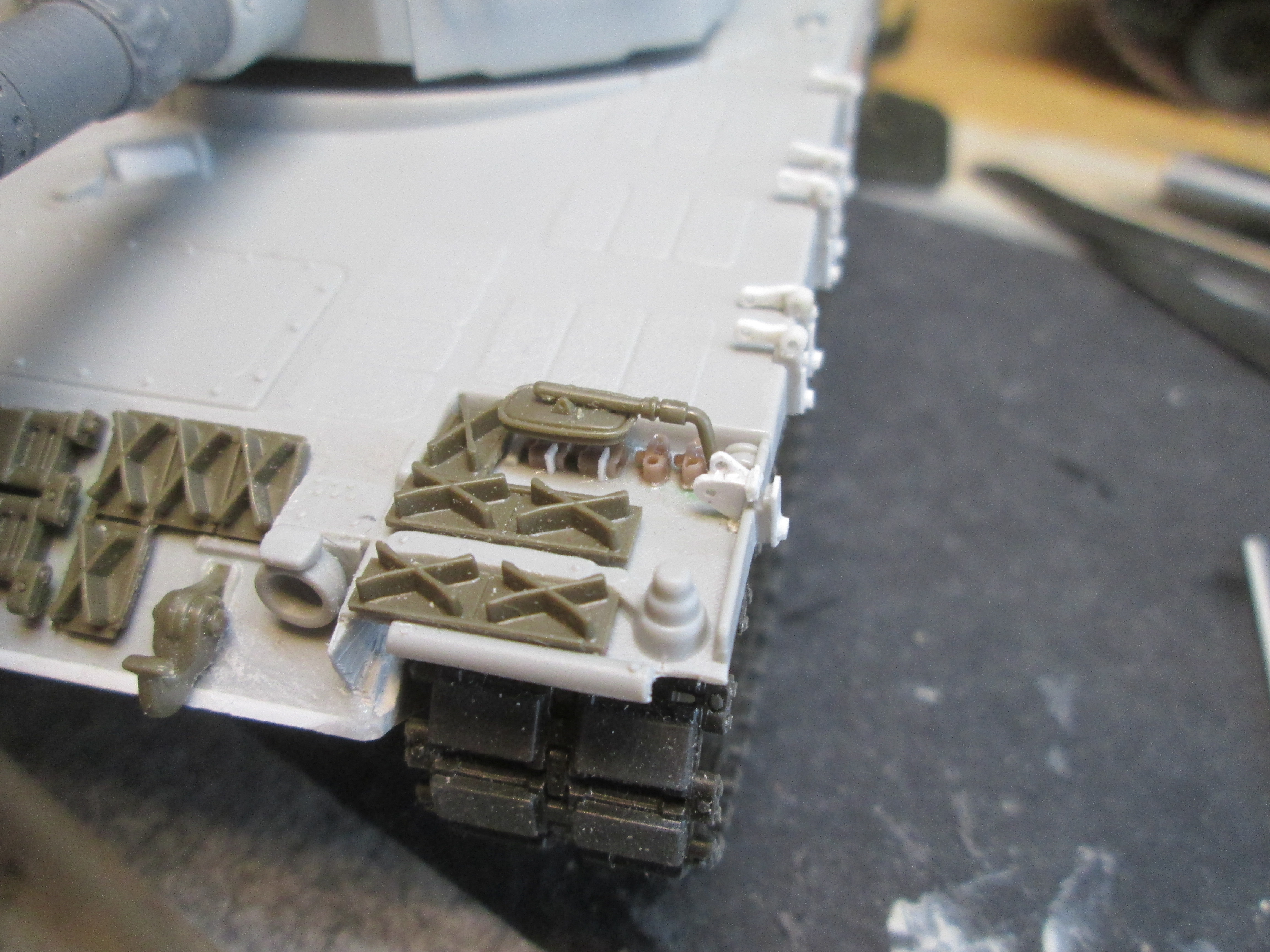 IMG_2869 by Russel Baer, on Flickr
I used parts from a partial set of AFV Club Pershing tracks that I gave up on a while age.

Well, I’m calling this dog a graduate of obedience school, warts and all. 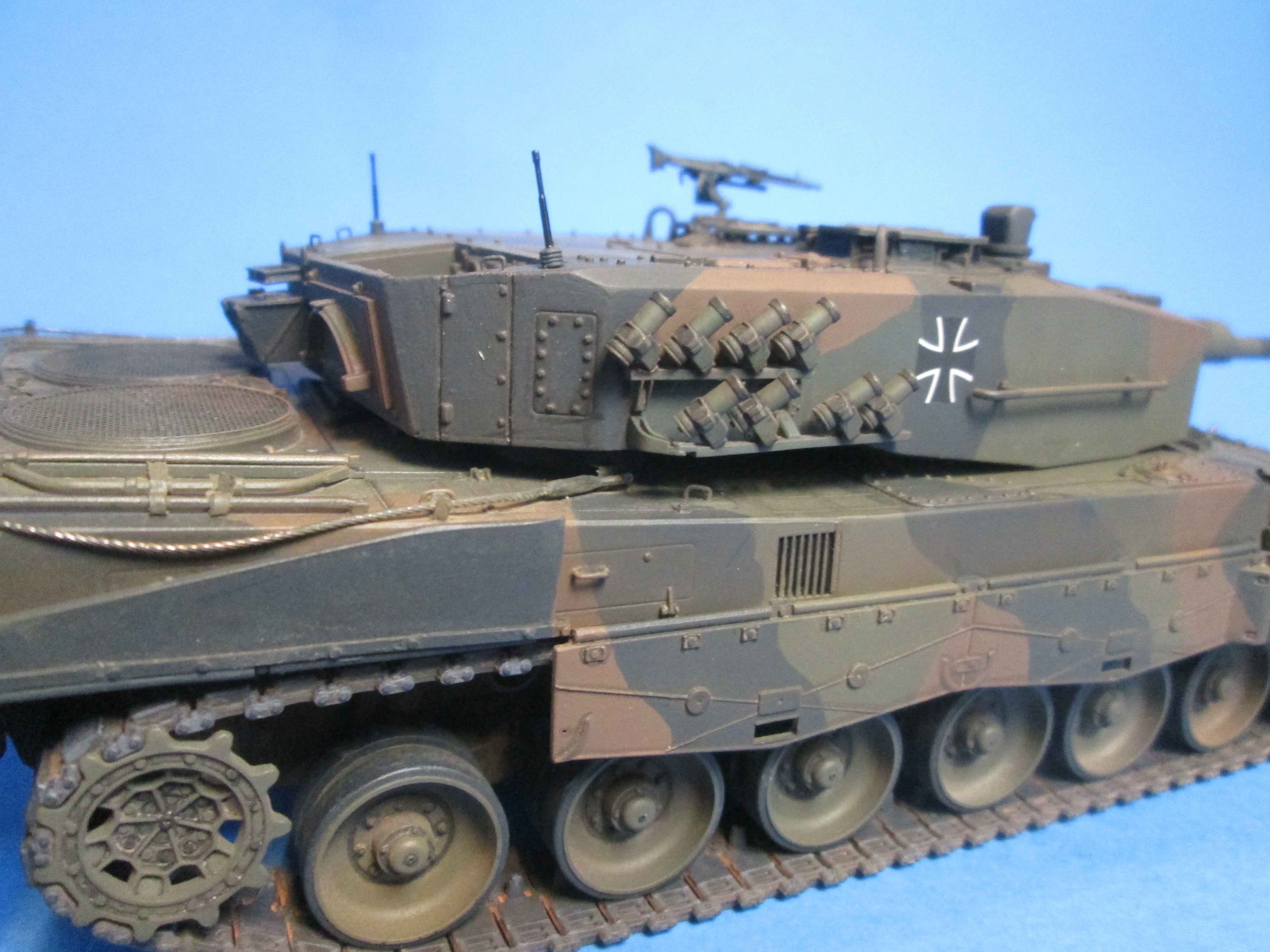 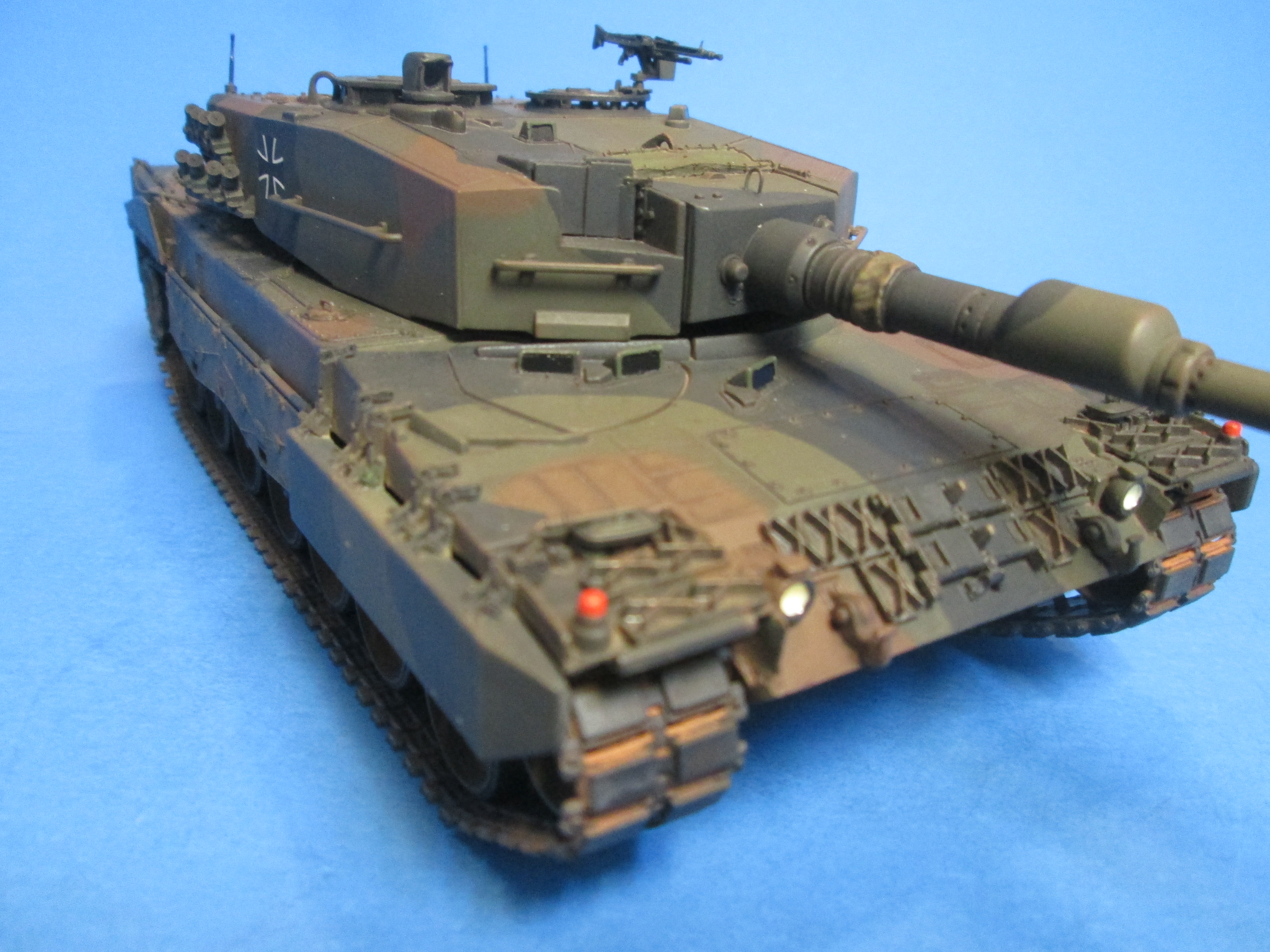 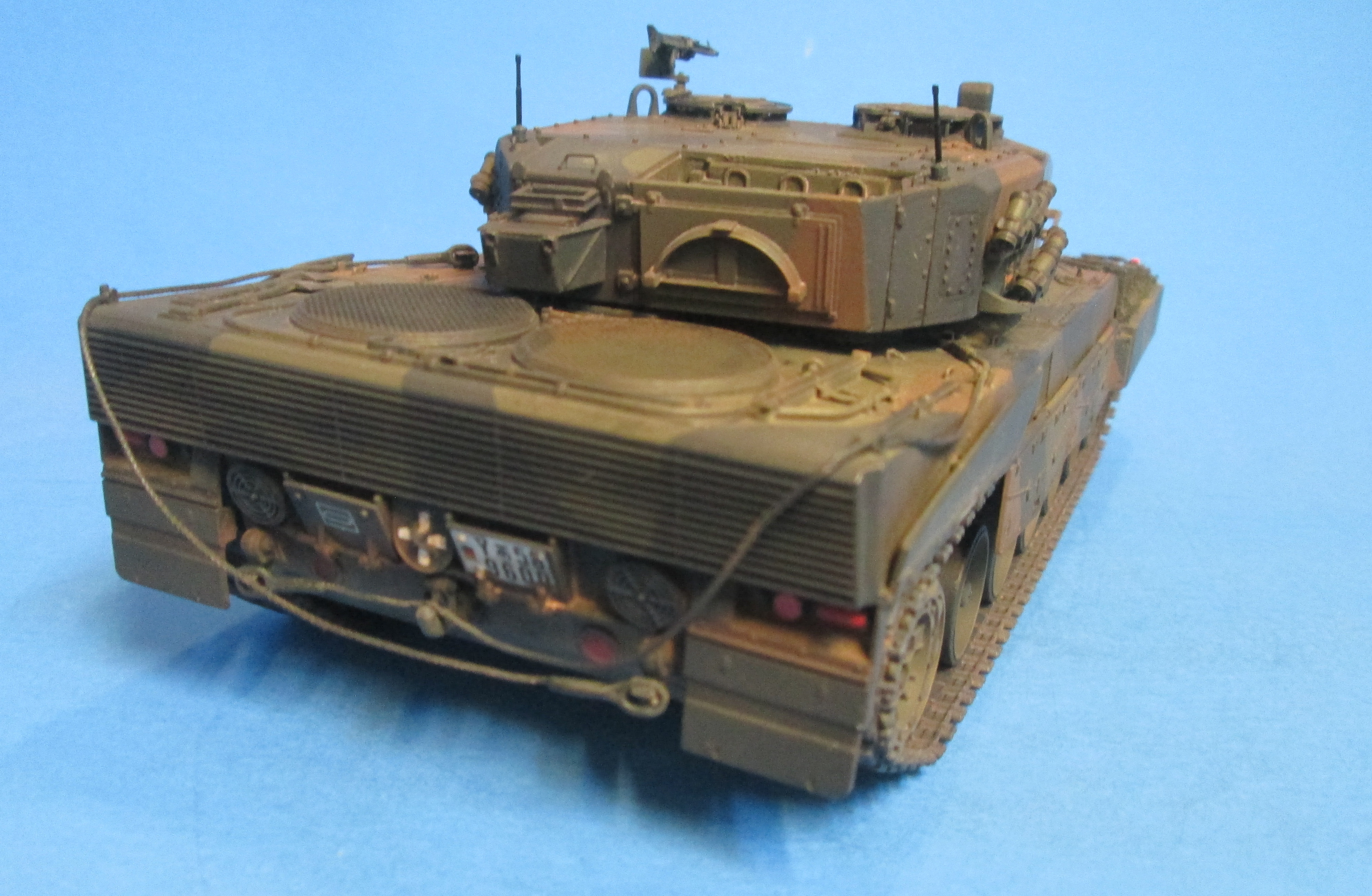 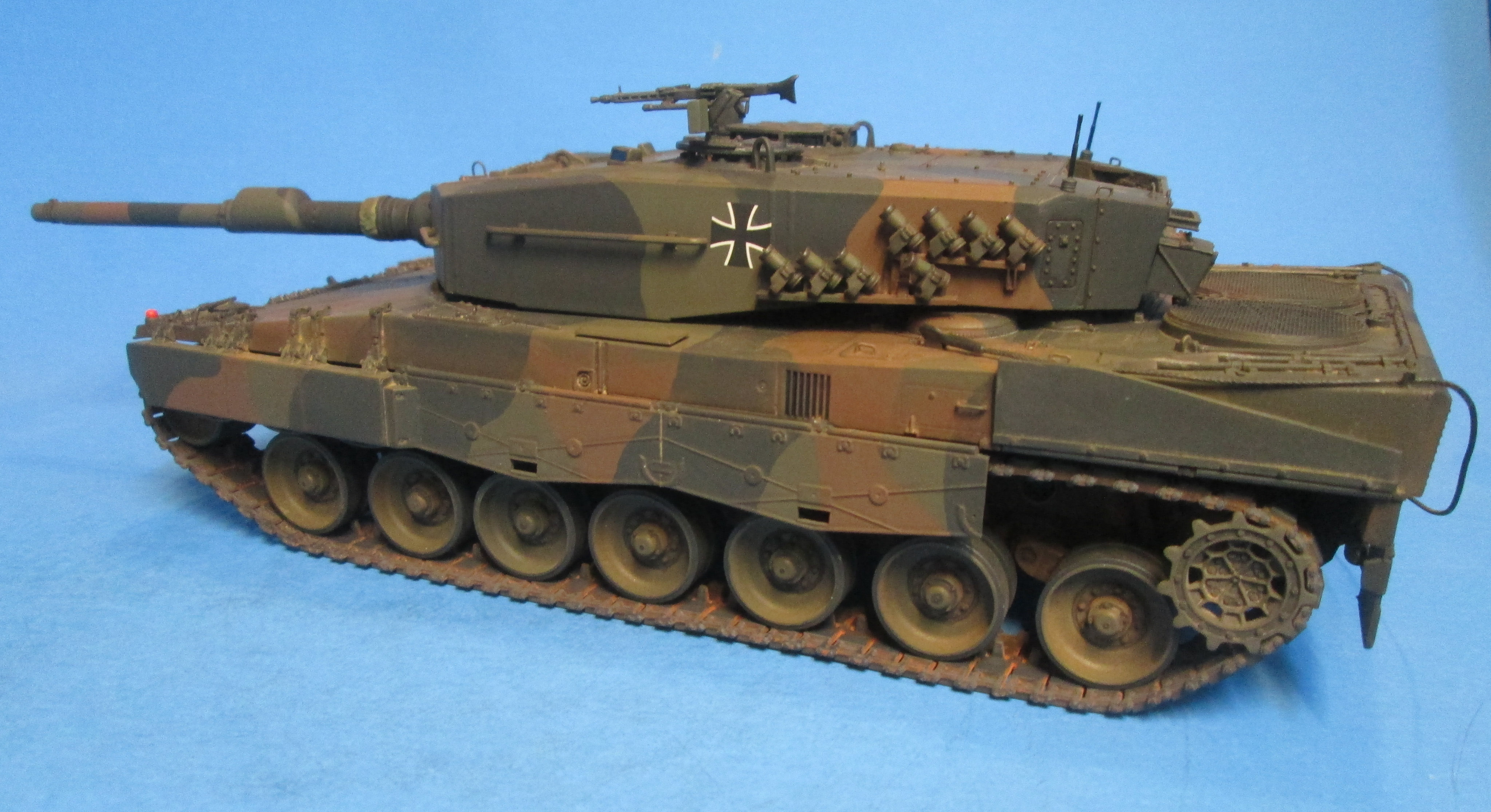 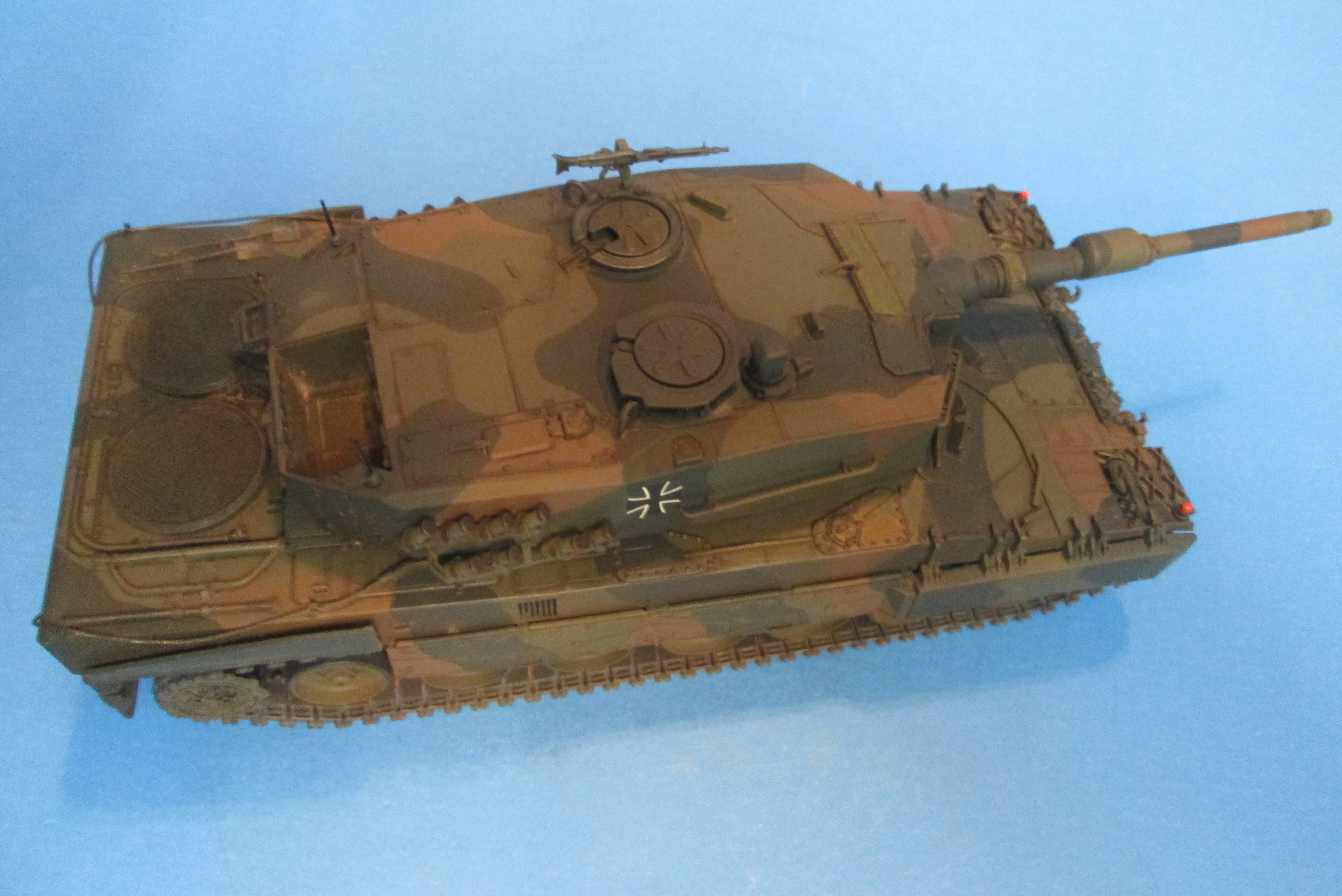 IMG_3570 by Russel Baer, on Flickr
It’s certainly not the best model I’ve ever built, but not the worst either. I’m just glad I finished it after all the trouble it gave me. It’s kind of like getting a “not dead last” trophy at a race or something.

It actually looks damn nice Russ. You did an excellent job on the finishing and weathering.

Thanks, I appreciate it. I guess when I consider that both kits were stupid cheap I feel a little better about it.

Great model! Keep in mind that it is better to build an outstanding model from a beef bone than it is to build a mediocre model from a superb kit. You did great!’