Released last September, here are built-up photos of Hobby Boss' 1/35 scale kit of the rapid bridge layer based on the Leopard 2 chassis. 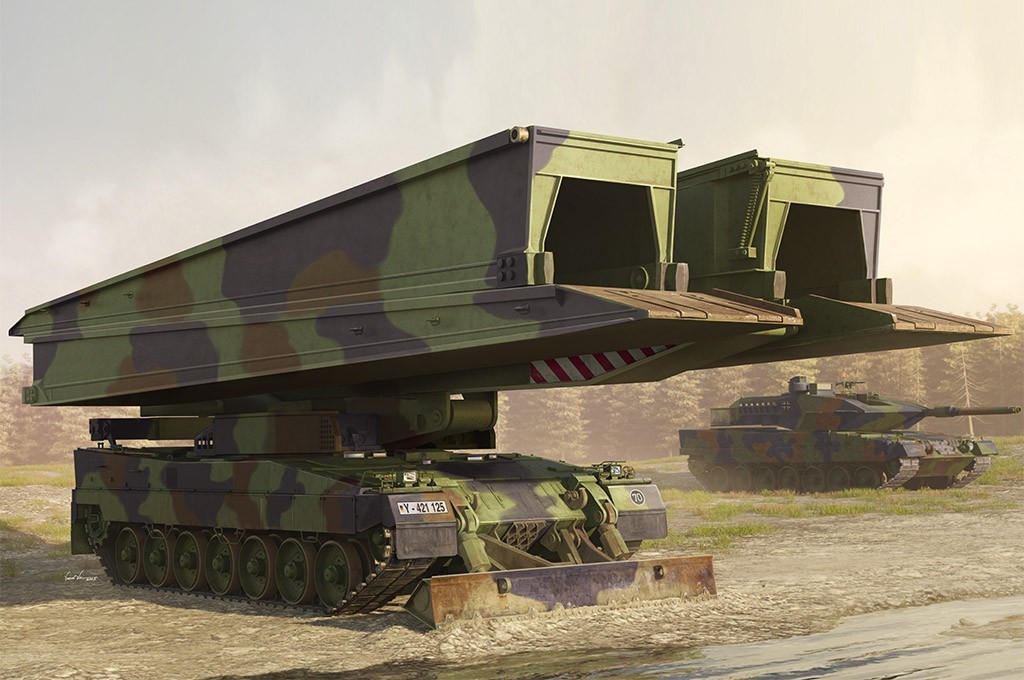 This is partial text from the full article (usually with photos) at https://armorama.com/news/hobby-boss-panzerschnellbrucke-leguan
Michael_Shackleton October 8, 2022, 12:28pm #2

Unfortunately, this kit represents a prototype machine, not a service, production machine.

Most likely based on a certain resin kit? At least this gives the AM industry the chance to get some extra money. Of course only if they have access to a production vehcle. Photos of the production vehicle can be found here.
http://tank-masters.de/?page_id=7750

Released last September? Maybe announced in September, but this kit has never been released. Probably won’t see the light of day until February or so in North America.