How do i make a part?

Here is the bottom of the wing: 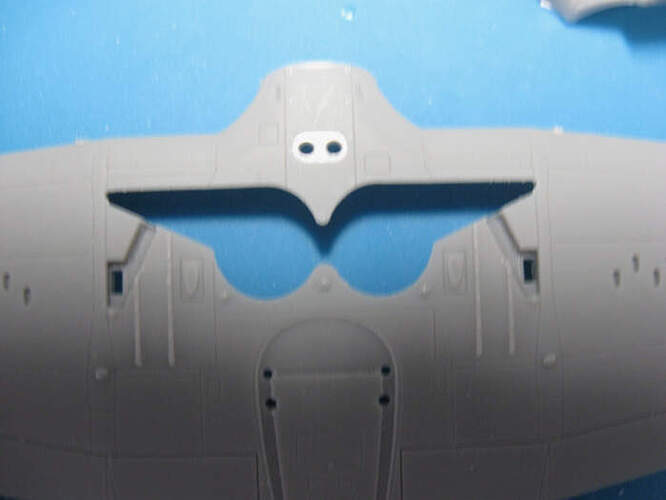 The main part of the door is off just a little and I can sand that, but I’d rather make a single part. I can trace a line for the part of the door in the pic above that is open all the way through, but I’m not sure how to trace the other part. I’m wondering about making a mold.

Any thoughts about how best to make a mould that I could use to cut plastic? or something else?

And I may have several of these I want to do this for eventually, so being able to reproduce it might be handy.

I welcome all input…

If you have calipers it might be easier to take the measurements and draw it out.

Making a mould from a corrected part, or rather two moulds from two corrected parts since I assume that both parts are slightly off, and then casting copies is likey more work than creating a routine for how to correct the parts. Parts from a mould usually require some post-processing before they can used.
I would use a razor saw to cut off the “leg”, add a plastic wedge to the end to adjust the angle and glue the leg back to the “lid”. With the wheel wells closed ther shouldn’t be any load on the repositioned leg.

Phil, if I understand you correctly, you want to some how get a template to cut out a new part?

Try taping a piece of thin paper across the area and gently rub a soft pencil over the area like you do to make a rubbing. The pencil will catch the edge and make the marking darker to outline the cut outs on the kit.

I tried that but it didn’t turn out so well, but I didn’t do it exactly the way you said, so I will try again.

I started out using calipers but was a little distressed about getting the angles correct. I’ve been thinking about it more and could do that. I will try the tracing again, and then go back to the caliper work.

Thanks everyone. I hope I have some time to work on this in the next few days. I will report back.

Put a very thin layer of oil around the edges of the opening. Shape a blob of Milliput roughly the same shape but larger than the opening. Press it into the opening, let it cure, remove.(The oil helps this) Perfect form. Lots of directions you can go from there.