If I remember the requirements for US tanks, they were expected to have a one-year service life between major overhauls, or 40 days of combat, whichever came first. This obviously doesn’t account for enemy action, which can shift things enormously – there are records of Russian tanks driven out of the factories and being destroyed within hours.

There is an article from Business Insider showing the refurbishment process for M1 Abrams tanks, liberally illustrated. The process shows some useful details about the condition of the vehicles that are returned. Pictures 15-17 show the hull coming out of bead blasting, then sitting for “a few days” before being shipped off – and turning bright orange in that period of time. Picture 22 shows a roll of track waiting to be put back on a tank, the metal components also orange with rust; subsequent pictures of the reassembled tanks show how quickly the rust is scrubbed off once the tank is driven. In the stripdown photographs, there are several that show how much wear and rust there is on a tank sent in for refurbishment, although the visible exterior of the tank as the turret is removed does not show the amount of corrosion I’ve seen in some of the more extreme model builds. Of course, thiis also presumes the capacity to ship tanks back for refurbishment, rather than leaving them in the field until they are no longer serviceable and are recovered for rebuilding or conversion.

The tanks and other vehicles we build are miniature representations.That translates to most of the details we add as well as the rust/chipping would require extraordinary eyesight to see at the distance our scale model represents. Forced perspective?

A couple of comments for thought!

First would you like to see the tanks etc at Bovington all shiny and new or represented as they would have been in the field? And if so which field and at which stage?

Second I believe their is a different approach for those building for shelf display v those built for a diorama.

On tracks:
This is a T-72 on open display at Ft Dix (according to the caption), the tracks have a dark patina, but no rust. 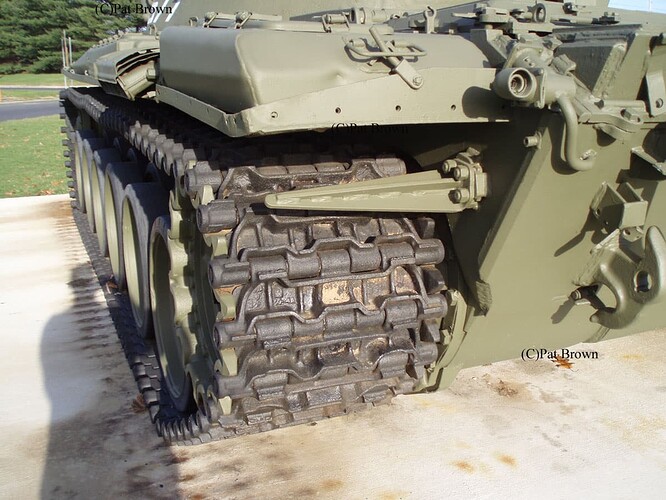 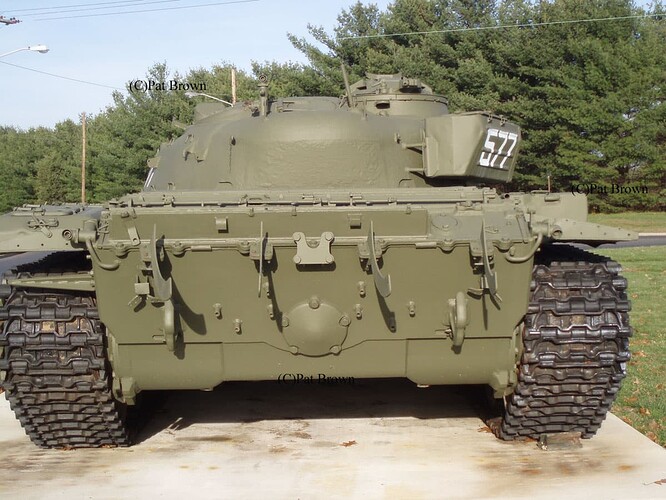 On the other hand, this is a WTZ2 Recovery Vehicle (T-55 based) we captured in the Gulf War. Definite rust on the tracks, and the vehicle. 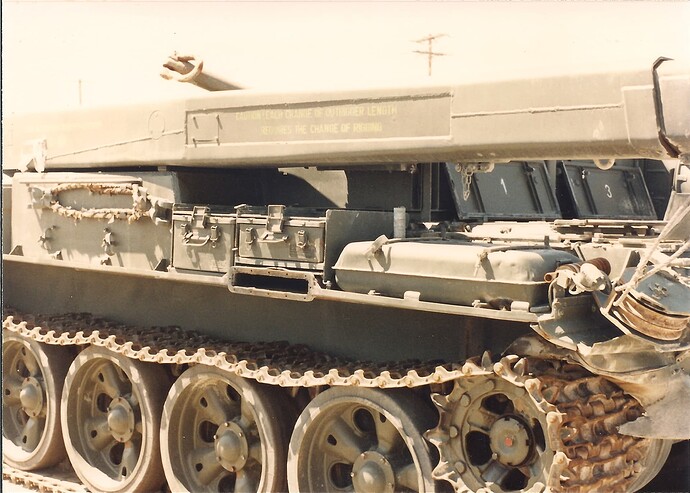 The tracks seem to have been made by different manufactures, perhaps in different countries, using different alloys. So they look different.
Ken

Nightshift’s youtube site has a lot of excellent videos on tasteful chipping that may be worth checking out.

This is a very weird discussion - what a model-maker or viewer thinks is correct is completely irrelevant. It’s like saying “Well I think that tree SHOULD be THIS shade of green” ….??? Look at the f’ tree!

Photographs of the real thing are all that matters & just because there are allegedly so few authentic WW2 colour photos (really…?) that shouldn’t stop us inferring the colours of tracks & mud & weathering from hundreds of thousands of black & whites. Besides there have been no major geological changes in the past 80 years, mud & corrosion have remained the same range of colours & colour photos of active AFVs from more recent conflicts are there in case of any doubt. What the point of the museum Tortoise photos escapes me - the tracks have been sand/water-blasted for display purposes but that’s generally not how they looked in actual operational/combat photos, and nor does the rest of that tank either – gloss green?

If you don’t care whether your model looks realistic then the world’s your oyster, go for it. But if you are shooting for any semblance of realism, actual photo-references are the best and only defence. Whether it’s factory-fresh, a week in the combat zone, a battered veteran or a wreck, as long as you accurately replicate an original image or an equivalent, who can possibly tell you that you’re wrong? It shouldn’t be subjective at all, objective as in study the object in the environment you’re replicating

What’s the colour of rust?
There is four variants of iron oxide with four different colours going from the orange of fresh rust, a sawblade after being exposed to water for 8 hours or so, to the dark brown seen on railroad tracks.

The colour of rust is the colour(s) seen in the image(s) of the rusty thing being replicated.

If the original image is b&w, test monochrome photos of the intended pigments will reveal if the tone’s too light or too dark.

A long time back, I read somewhere about “the proper” amount of watering that if you feel that’s fine, it means you already overdid it.

That T-72 looks like beautifully repainted, imho. I have seen a Hungarian T-72 recently in a Hungarian garrizon and it was full of wear and tear. And rust. The tracks also show all-around dark brown base color and some orange-ish rust here and there.
Even that you are right saying that different alloy and manufacturer would show significant difference, I would use the recovery vehicle tracks for reference 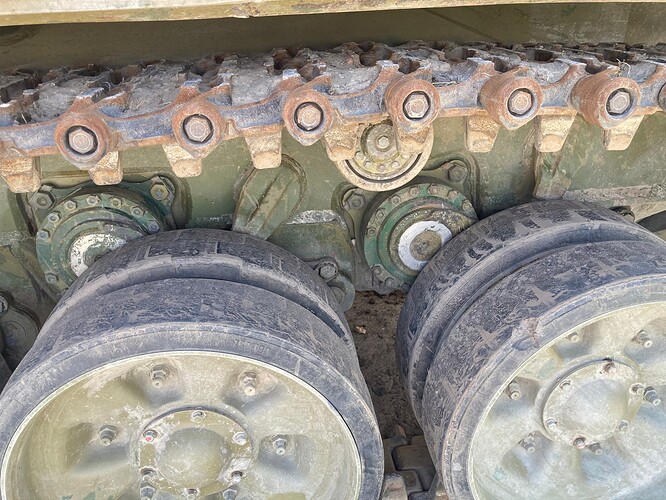 This vehicle is still in service.

To be honest, I doubt wether the dark brownish part is rust at all, as stated manganese steel is brown from itself…

Could be, but the why would the manganese steel be rusting orange only fractions of an inch from where it is not rusting at all?

Just playing around with a color image & to black and white can be enlightening. 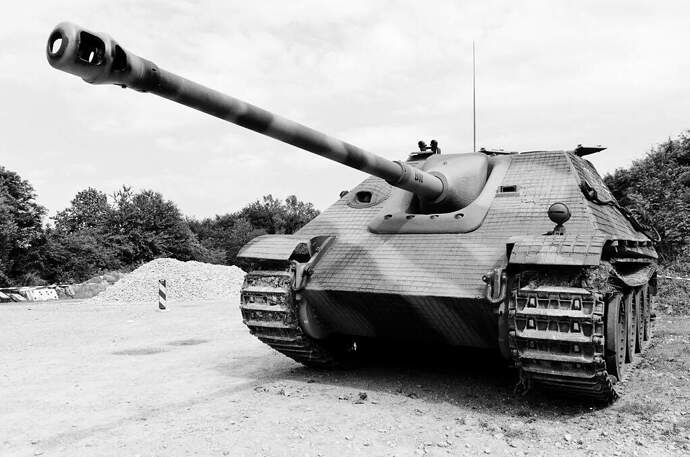 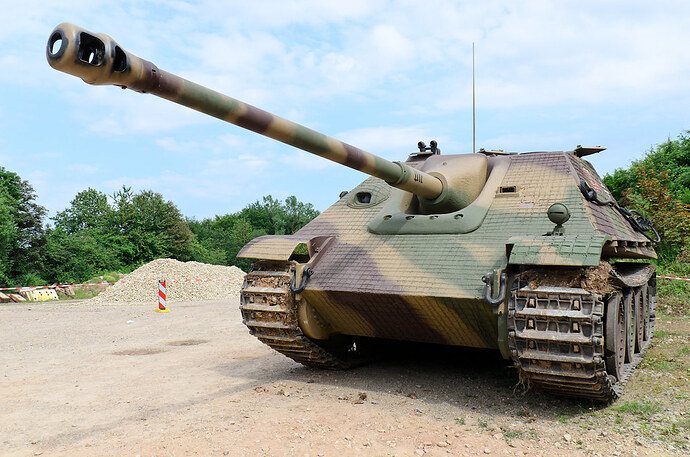 To me interpretations of color from old black & white photos are pseudo-science at best from what I’ve seen.

Not even pseudo science …

Maybe possibly if there were samples of the same film exposed under very similar light conditions and then developed by the same lab using the same chemicals.

Not a perfect system by any means, but (color)photos are the best reference we have, so we do what we can with it.
Ken

Some of the B&W photos can give us a rough idea of differences in tone; that is we can roughly gauge lighter tones from darker which is where (in the case of German armor) we guess what is the green and what is the red-brown secondary colors over the dark yellow. It’s not perfect, obviously, but it is better than nothing. But considering the arguments I’ve seen about it being blue or green panels on some P-51 Mustangs and the photos not showing enough contrast it does show the inadequacies of the old methods. Technology can be used to augment photos but even that has its limits with old film.

to interpret with B&W pictures:) 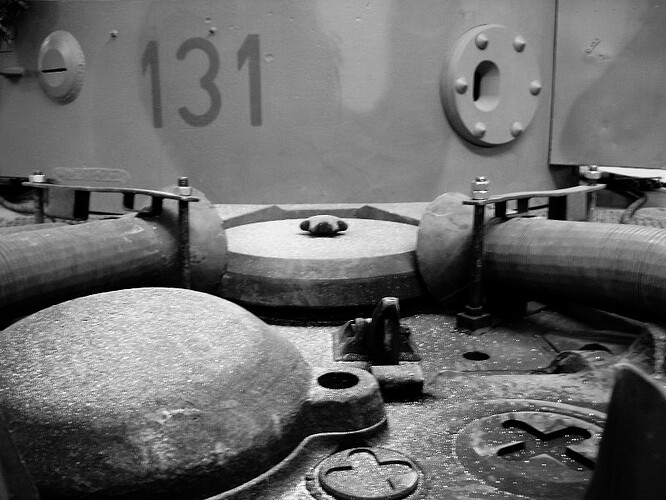 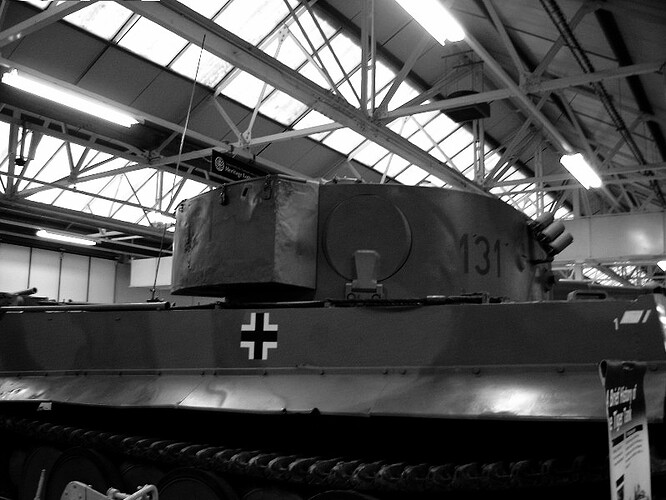 However, the color pics are surprising 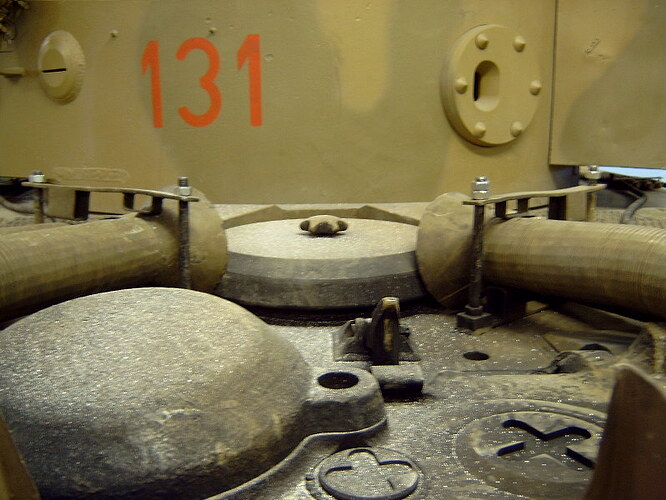 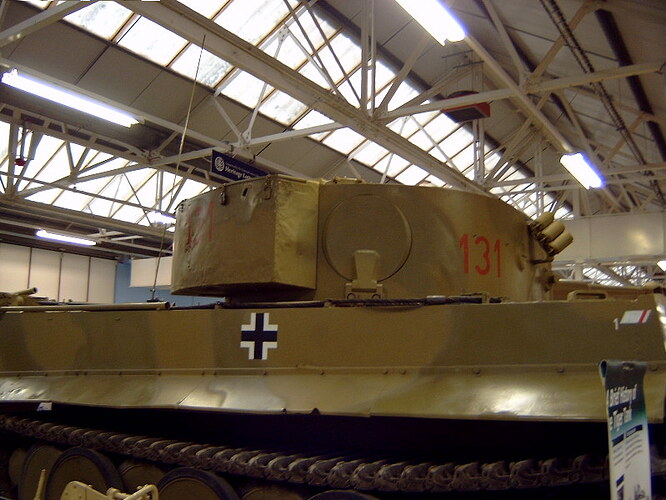 If you are looking for realism, less (or no) chipping is better. Actual vehicles do not chip much since the paint is very durable (even in WWII) and they are not allowed by their crews to get all beat up and chip. A good NCO will keep up with his vehicle and its maintenance, including rust control, i.e. painting any chipped areas.

If you are wanting to follow the latest artistic fad of over weathering and heavy chipping, go for it. Chip away, there is no limit.