How similar is the Gepard hull to the Leopard 1 hull?

I am about to start modelling the Flakpanzer Gepard. (For principally the reason that I’m doing a new CAD model in 1:144th for every tank I had in 6mm as a kid.) Looking up first, I noticed the Gepard was a modification of the Leopard 1 hull. My question is thus how much visual modification is there between the Gepard and the Leopard 1? In essense, is this going to be a case where I would really need to model the Leopard 1 first before moving on to the Gepard (which, I guess, would have benefits in other areas) or are the modifications to the hull significant enough that the Gepard is its own hull, essentially, with only some components (e.g wheels and tracks) in common with the Leopard 1?

I.e. are we talkiing on the lines of MBT>bridgelayer/engineering vehicle modifications (which are essentially the same hull with bits added) or something much more substantial?

I’m sort of guessing the former, but figured it was worth an ask to potentially save me some time (as I have found on occasion “this AFV is a modifications of this other AFV” and found out that in practise, they kind of aren’t really!) 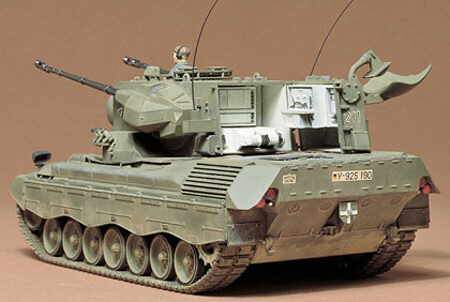 The rear hull is extended 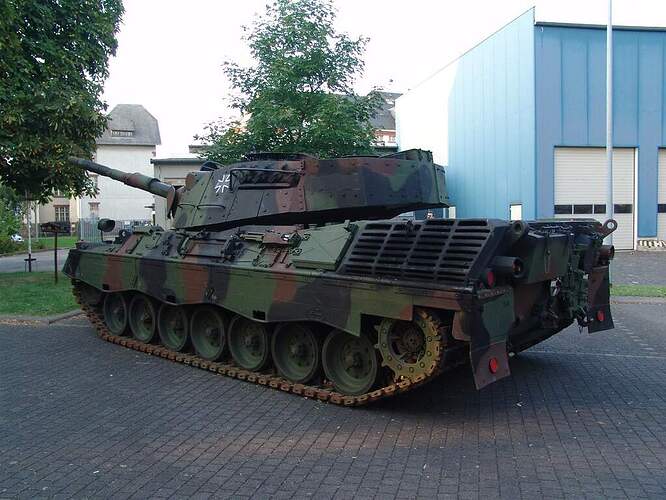 It is closely related to the Leopard 1 hull and most of the external components are identical, but there are differences.

There is a rear hull extension (like the AVLB Biber version) but the wheelbase is also longer which is often missed. If you look at any production Gepard (not prototypes) you can see a distinct gap between the third and fourth roadwheels on each side.

Okay, good job I asked. I would very easily have missed something like the wheelbase change, since at the sort of scale I work in, it’s getting to the point of variance that I’d likely have put it down to differences in just different technical drawings.

Right. Next question. Looking at those images, then, it’s difficult to tell; is it just that the wheels were, essentially, moved slightly further back or is the actual hull (i.e. pretty much up to the mudflaps) longer by however much (discounting the rear extension)?

Problem being, having looked up as best I can the hull measurements (which are important since I have to use them to scale the technical drawings I work from), the only source that I found that gave the hull lengths seemed to indicate it was the same, basically, as the Leopard 1 hull (quoted widths are a bit more variable). (Perils of measurements is that you are never really shown or told where exactly they put the tape-measure (et al) to measure from.) However, given the rear extension and potentially a longer hull as well, that would seem to be of somewhat dubious accuracy.

If it’s the hull is the same, just the wheels moved, I can at least make some attempt to get it right because I’ll be able to line up the hulls - that could be a more more difficult if the Gepard’s hull is longer as well (though at least I know to look for that.)

The hull was stretched by 80mm (hence the gap between the roadwheels). The turret ring was also moved backwards by 20mm to allow for more soundproofing between the driver and the APU.

You could do a lot worse than buying Michael Shakleton’s Leopard 1 trilogy, published by Barbarossa Books. It’s out of print but definitely worth the effort of tracking it down.

80mm. Hmm, that’s like about 0.6mm at 144th scale, that’s DEFINITELY in the region I’d have put it down to technical drawing differences.

Okay, it would seem like I probably do need to do the Leopard 1 hull first, and then when I get to the Gepard, literally cut it in half and move the rear back 0.6mm - I sort of surmise that is how they metaphorically would have done in real life!

(20mm is barely more than 0.1mm, which is my minimum accuracy (since I only work to a 0.1mm grid!), that sort of difference will be more or less unnoticable!)

Looking at the Biber (since if I’m doing the Leopard 1, at some point I might as well do that), that doesn’t appear to have a different wheelbase to the base Leopard 1 (since I can’t see the gap), yes?

Edit: actually comparing technical drawings, it’s more like “cut it round about where the engine panels are” rather than the middle, since it does look like they basically did just extend the back slightly; this bit (https://live.staticflickr.com/7440/10069878393_17a35fc02b_c.jpg) appears to be the same size on the technical drawing I have of the Gepard (or at least within my error tolerances between package, drawings and line thicknesses!), the Gepard appears to be a little bit longer than that as it extends into that rear extension.

Thanks, that’s a subtlety I’d have easily missed.

While the books are out of print and no longer available, you can contact Michael to get pdf copies of his work.