How Soldiers Dressed Or Did Not In Non American Armies

I’ve seen plenty of wartime pictures of topless US soldiers in combat, especially in Vietnam and Korea. I can assume the US military would tolerate this practice for field dress, but I have hardly seen this to be the case with other militaries. So how did Asian soldiers dress during combat when it was hot? Could they go topless or was it a no-no? I haven’t see half-dressed Asian soldiers in any pictures, except when uniforms were not available.

in Vietnam they did not go shirtless when in combat. The closest I have seen to that is a flack vest with no shirt. Shirtless is likely to be a work detail or some off time. 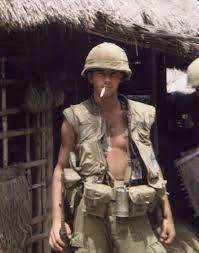 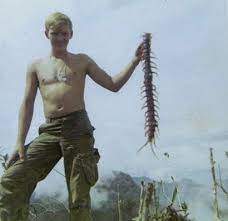 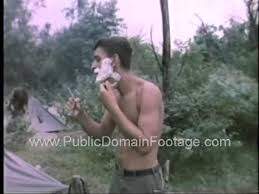 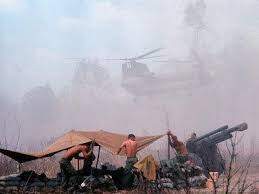 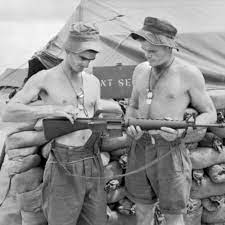 Shirtless people have been seen driving tanks and manning artillery, if not fighting hand to hand combat.

I was thinking about when they are out of line. 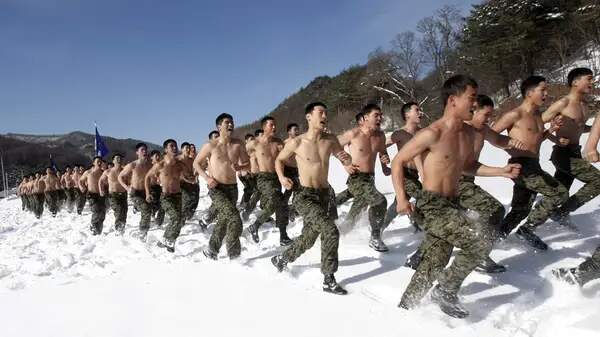 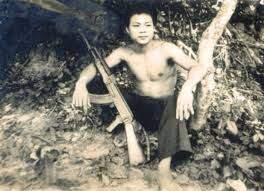 My father fought in Vietnam as part of ROK Army from 1971-1972. There are plenty of photos of him shirtless in his army photo album but not during combat of course. I agree that Korean military was a bit stricter about being clothed.

The reality is one of time and place. That was a Vietnam thing. You did not see that in the middle east. Vietnam was a draft army with discipline issues. Today is a volunteer army with higher standards.

I was in VN and off duty during the day or working during the day, you could go topless. ive seen Austrailians ,Roks Arvn as well as VC troops topless. however at night the mosquitos were so bad you didnt dare go topless. where I was Da Nang you didnt even cut your sleeves off . The bugs would eat you alive. in combat , everyone wore shirts, there was no “line”. .

Your wrong about the VN war being a draftees war Top , 2 out of 3 were volunteers , I was one of them.
2 out of 3 in ww 2 were draftees

The memory of the Vietnam War is studded with occasional misinformation and errors. This list of Vietnam War Facts, and statistics helps set things right.

I was with Special Operations Command Korea (SOCKOR) for several years. Those guys love to take their shirts off for PT at least. They love to find excuses on K Dramas to show them shirtless as well. One of my wife’s favorite Korean actors is actually former ROK SF. There are several scenes in Descendants of the Sun in which the nurses wait every day to see the soldiers running by shirtless.
On duty however their uniforms were always immaculate. In fact I never sewed my I love me badges on until being sent there. The first thing they do is look you up and down to see what you were all about.
Not all Asians are wild about taking their shirts off, nor should they be. In the Afghan culture even men should not unnecessarily show exposed skin on the arms and legs. As for our Army, I’ve seen SF guys manning OP’s in nothing but Ranger panties, flip flops, and a light coat of oil. But that’s us. Most Big Army officers would probably stroke out at the very thought of it.

I was thinking not merely of what other nations did but how they might have viewed Westerners being shirtless, as if it might be considered vulgar or rude. That I assume would make a difference.

I was going by photographs of shirtless tankers working on their equipment in hot weather and my book on Vietnam firebases, which pointed out that most people on them went without shirts. Of course firebases were their own worlds so there wouldn’t be locals around to get offended.

I originally joined the Army in 76. This was just after we left Vietnam in 75. I knew some fantastic career NCO’s, I met some POS enlisted and some clueless officers. This era was the worst of my military career. Signs were posted everywhere for GI’s to stay out. There were race fights in the theater. People were smoking hash in the barracks and in the tanks. Moral and respect was at a low point. I saw no effort being done to clean anything up. No one I saw wanted to be the ass who tried to clean things up. My enlistment came due and they tried multiple ways to get me to reenlist. Promised me a promotion to sergeant, asked what mos I would like to change to and even tried the easy job offering of being in charge of the wash ramp. I said sorry and changed branches of service an never looked back. I have never regretted for one minute having enlisted in the Marines. There was a world of difference.This not a knock on those who were drafted involuntarily. It is a statement on the condition of the service at the end of the Vietnam war. When the drug screenings went into effect, the services quickly cleaned up and became what it is today. In 76 through 79 I didn’t feel I could trust my fellow soldiers if the poop hit the fan. When I enlisted in the Marines I knew the people I served with would have my back to the end.

Just my experience, your mileage may vary.

I cant say much for the years after I enlisted, D E R O S ed and discharged . By !976 I was a happy civillian for years . So , as you say my milage ,will differ . In my day GI s were treated like criminals too. when I returned to the"world" we landed in Seattle Wash and were greated by protesters . On woman threw one of those big commercial garbage cans with the ash trays on top, at us. Me and a Marine next to me were hit with brown cigerrette water , and the cops told us to keep moving or WE`D get locked up . I didnt see the deteriation of the services like you did. I just get annoyed when people misrepresent us VN vets . WELCOME HOME Top .

Keep in mind that Western cultural impact on Vietnam did not start with US involvement in the war. French military operations pre-dated that by decades.

Give Google images a quick search for “French soldiers in Indochina.” Photos of soldiers shirtless and / or wearing shorts are pretty common.

Also, there are plenty of photos of the early days of Viet Minh troops in short pants and / or short sleeved shirts.

It was terrible that returning soldiers were treated as traitors. By 76 the quacks had returned to the wood works and I did not see them. Fortunately people today are savvy enough to understand the service member is not responsible for the politics of a military operation.

It started LONG before the french even before the Japanese Or Dutch ! . they said they were fighting for 1000 years . dont know how true that is but it was a saying