Hi all! I’ve been reading “Death On the Don” and had the urge to finally build this kit. I’ve been at the workbench every weekend slowly chipping away at this build. So far I’ve been able to finish up painting and will move on to using oil washes to finish it out. Here’s my progress so far. I decided to do something new and try the Hakata WW2 AFV paint set, there were a few initial hiccups but now with those resolved I can show you what I’ve got so far. 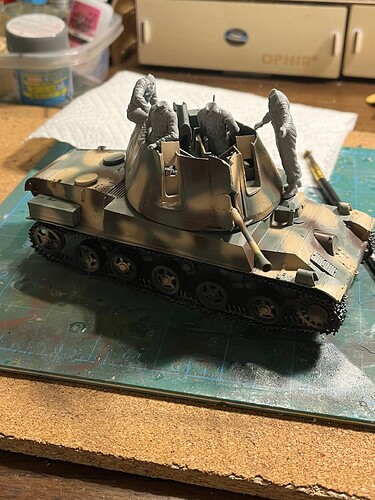 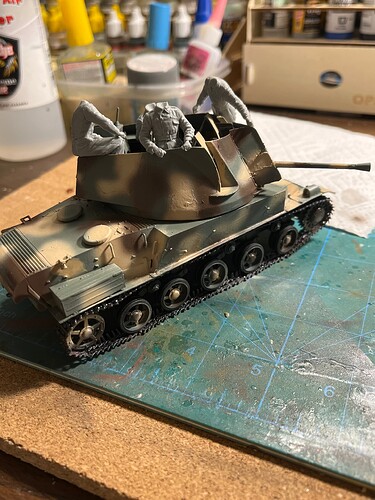 The figures are from MiniArt’s Hungarian Tank crew, i plan on using at least 3 of them if not four. I’m not sure if i want to do a vignette of just the Nimrod or if I want to bite the bullet and get a Skoda from academy and do a bigger scene. That will be determined later!

Very nicely done there Gregory ! Great job on the camo too. How was the kit as far as building goes ? Any issues ?

@metalhead85 kit wise it was pretty straightforward. I built the turret and painted it in sections. I was surprised that there was an interior for this kit, it had a drivers compartment and transmission next to it. I wanted to have the hatches open but the kit only came with a shirt hatch and it would of been more scratch building to make an open hatch. My only issue with the kit is that the tracks are a pain, i ended up buying another pair of tracks from 38M kit on eBay because i had made one full track and broke to many to complete another.

I learned also, that masking with putty isn’t the move for some paints, my putty pulled off some of the paint job and I had to go at it a few times to fix it.

Is this the Hobby Boss kit? Great that it comes with some interior parts.

@metalhead85 Yes it is, i think the lower hulls all share the same interior for the Hungarian kits they released years ago.

Just a quick update from the middle of the week. I added two washes of dark brown for green vehicles and brown for yellow German be holes from ammo Mig. I’m pretty pleased with the result, next up will be a pin wash and some oil paints. After that the kit will be complete and I’ll work on figures. I decided to bite the bullet and buy an academy 1/35 Skoda tank, I’m leaning towards doing a scene with both of the vehicles in the near future! 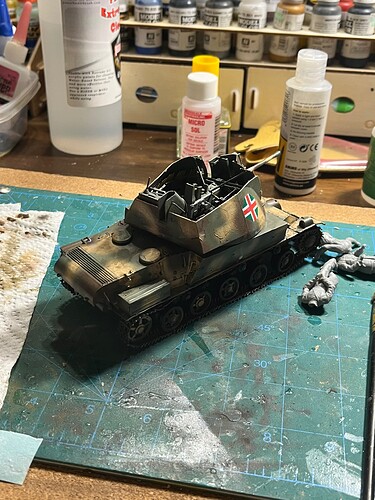 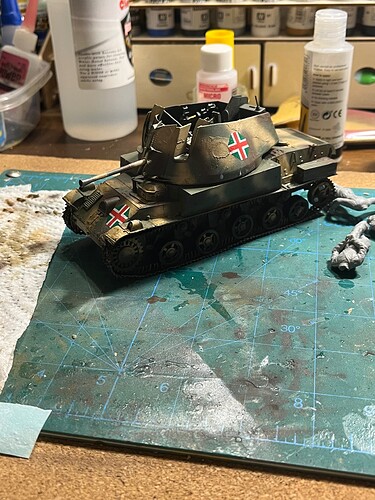 Here is the finished product with crew. I think I’m going to build a dio with a Skoda tank and using the two tiger figures from mini art and a handful more from bodi. 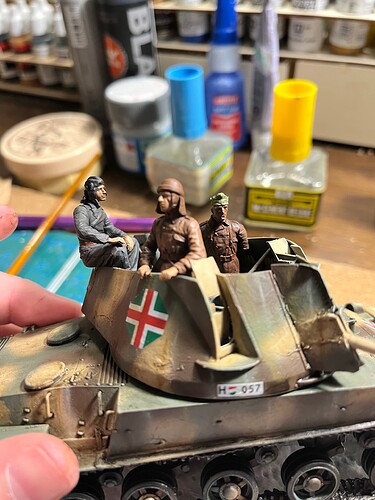 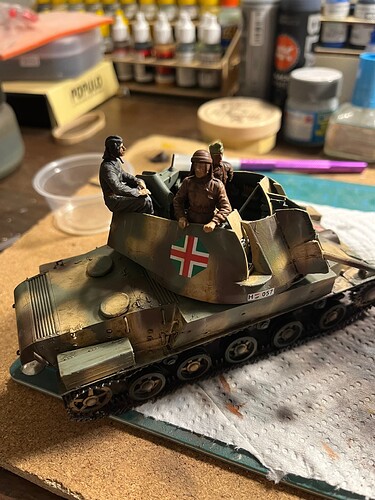