Eduard is releasing in February the Hawker Hurricane Mk I in 1:72 scale with five marking options 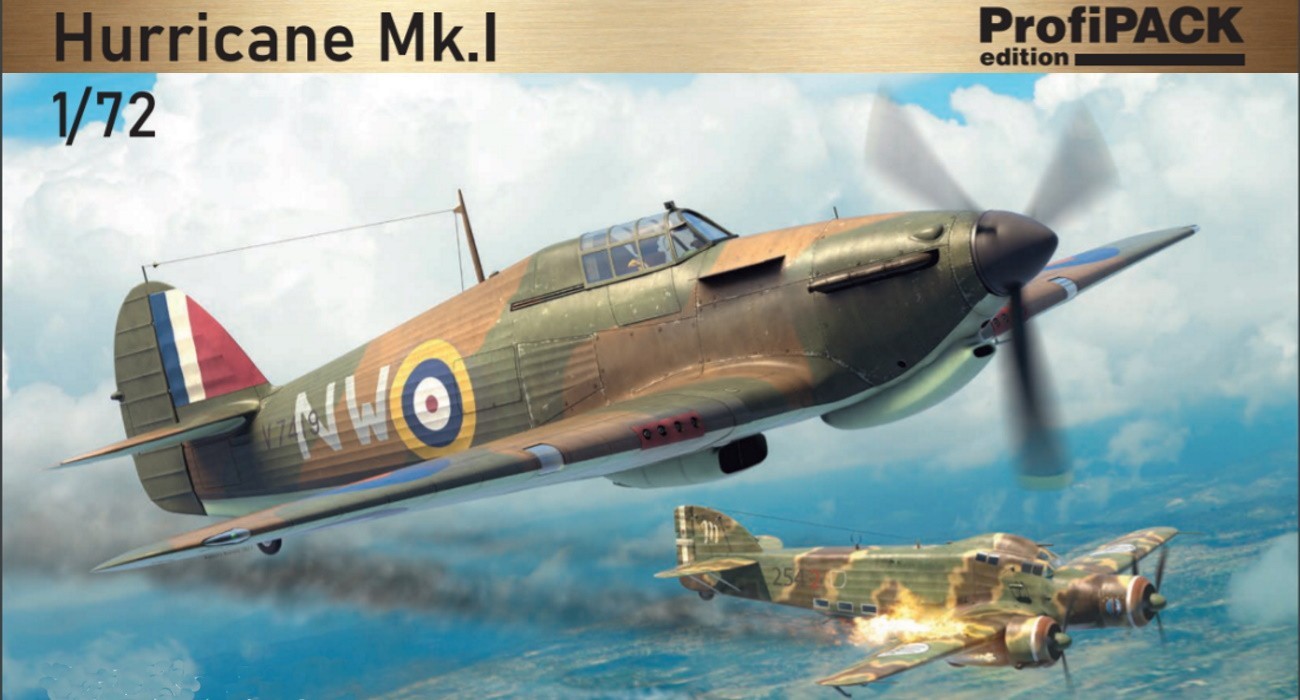 This is partial text from the full article (usually with photos) at https://aeroscale.net/news/hurricane-mk-i-incoming
2 Likes
phantom_phanatic January 7, 2022, 9:51pm #2

A welcome release. Any idea if it will be a fabric or metal wing Mk.1?

Based on the markings options, I’d say metal wing.

Thanks Michael.
Could definitely do with a new metal wing at 1/72. I’ve got a couple of the Airfix fabric Hurri’s, but always found it a bit limited with what you can do with it.

Agreed. Nice kits, but they never chose to do the metal wing for some reason. I gather those Arma kits (on which the Eduard release is based) are very good.

Great that they did it though as the pre and early war version had been neglected in mainstream.
I do have one of the Arma IIB’s and it looks very nice in the box. Will have to make a start on it soon. I would say that it is THE kit to get for a 10 gun Hurribomber. Eduard will certainly do something good with it.