Marder I on FCM 36 base, WWII German Anti-Tank Self-Propelled Gun

Master Club has metal tracks for the FCM 36. They are much nicer. However, Master Club uses resin pins which are fine, but these tracks are very small and the resin is brittle. I ended up using copper wire for pins.10 tracks is almost the width of my finger, 148 tracks or so each side. Get ready for some fun. The tracks look great by the way.

An interesting variant as I’m more accustomed to seeing the 7.5 PAK 40/1 auf Lorraine Schlepper described as a Marder I; guess it’s what your used to seeing and considering the few FCM36s that were in German service this one qualifies as a rare sub-variant seldom seen. Nice to see something besides paper panzers as new releases.

10 fcm36 chassis were converted to Marder I and another 12 for artillery with howitzers.

Unfortunately, the renders show that ICM has made an error. The rear superstructure had a set of double doors for crew access, somewhat similar to those seen on the H-35 Marder I. Rear pictures of the FCM Marder 1 are rare, but I have a picture that shows these doors. I’ve already reached out to ICM so they can hopefully correct it.
And in typical German fashion, the FCM36 105mm version had a different door configuration… 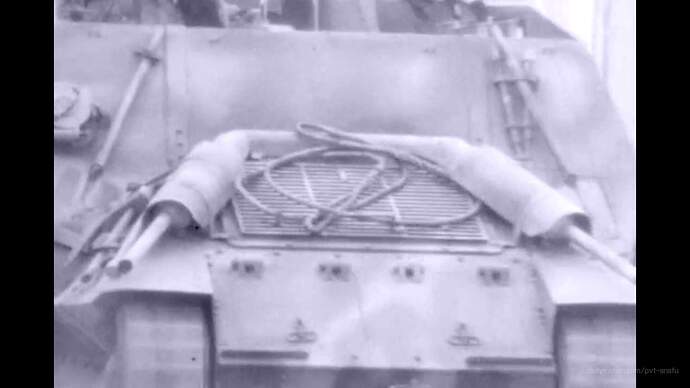 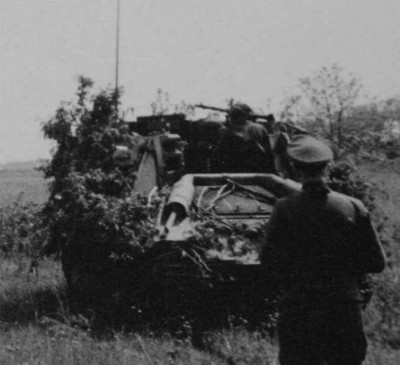 Having studied newsreel footage of this self-propelled gun, we came to the conclusion that after all there are no doors, but a removable panel. The argument in favor of this conclusion was video newsreels of World War II, where the self-propelled gun can be seen from the rear angles, and footage of the crew getting into the fighting compartment by climbing over the rear wall of the deckhouse. With a door in place, climbing over the rear wall of the fighting compartment would be somewhat odd.
Hence the conclusion - there were no doors, but a removable panel.
But in the self-propelled gun version with 105 mm howitzer a small door is already clearly visible.

Thank you, I appreciate the update for, as you can appreciate, there are so many holes in our knowledge of certain vehicles and anything as input is better than nothing.

This reply is really impressive. A discussion between a company and the customers about historical accuracy… Very rarely seen, very welcome

… and said response begs a semi-rhetorical question from me - namely, will we see the 10.5cm howitzer version from ICM at some point ??

Well, there’s a hint if ever there was one. Thanks for that