OK time to move onto the next build!

As I said above. A nice relatively straight forward kit. Yeah I had issues with the paint but that my issue and no fault of the kit.

Some comments.
Step 10. Install part B14 at the very end as it gets in the way of the front guard.
Engine is all hidden, so I didn’t worry too much about it.
Tyres are rubber and I had issues try to put a flat spot in them and in removing the flash.
Keep the mud flaps near vertical or you will have trouble clearing side steps etc.
As can be seen I chose the option to leave the rear canvas off. Be very cearful as the frame is VERY fragile. Don’t use thin glue such as Mr Cement S. it melted mine before my very eyes!!!

This started off as a quick build. Then I got sick and never touched it for 6-8 weeks. As I got nearer the finished I began to enjoy it more. It’s an ugly bugger. A real work horse. I think we all over look these kits in favour of those more famous pieces of warfare equipment.

A bit of a load. Some maps and tools in the cab. A bit of weathering. 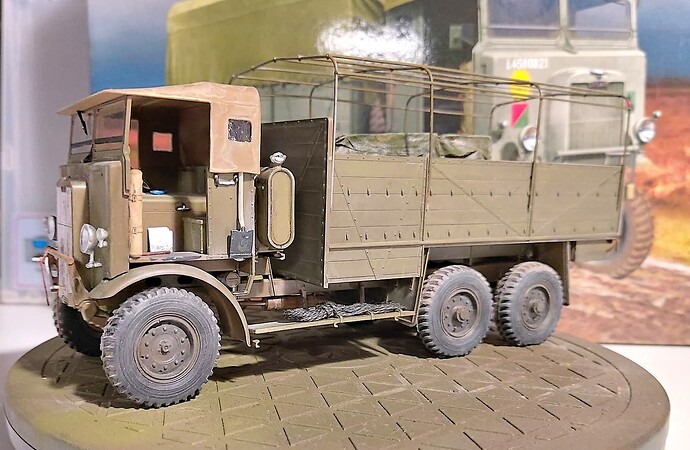 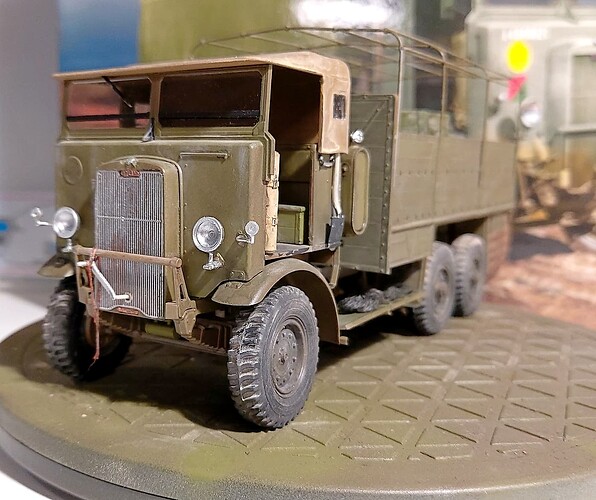 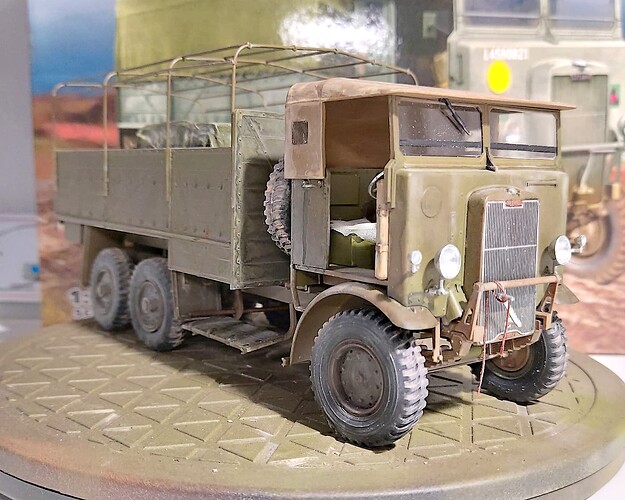 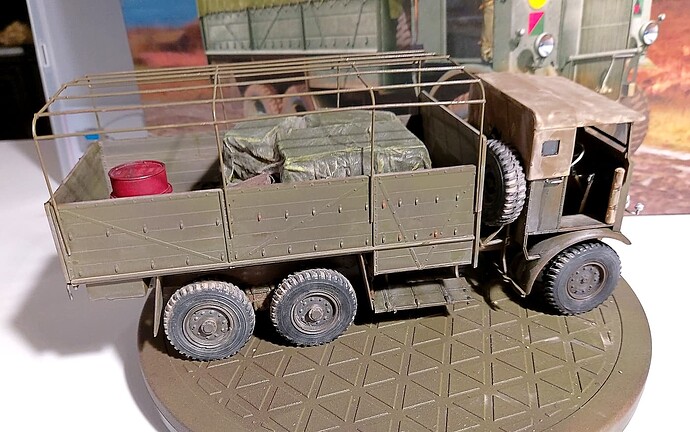 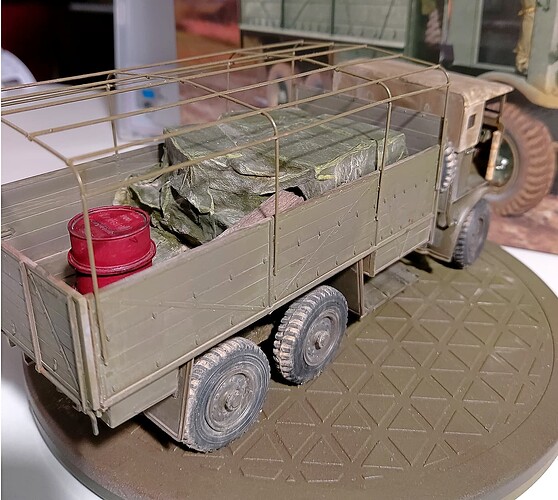 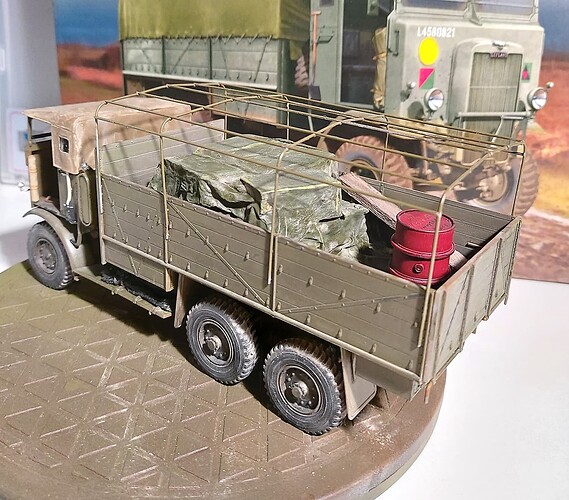 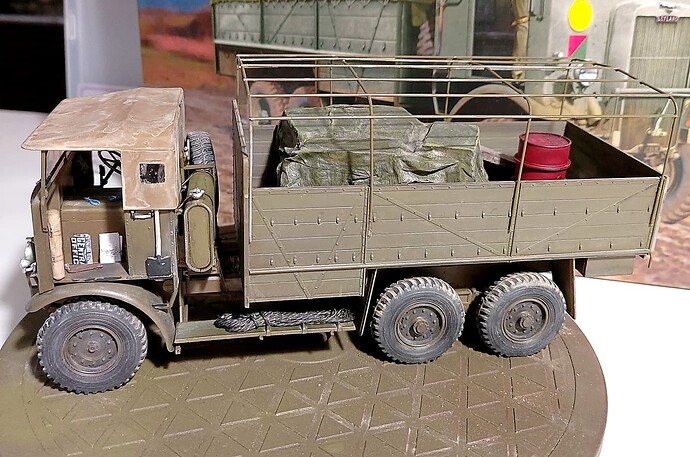 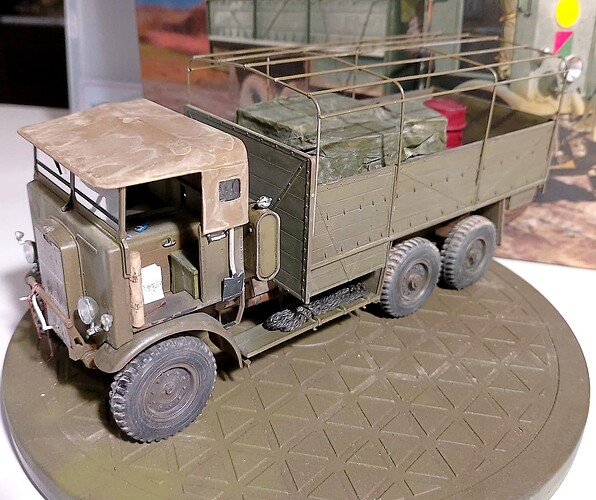 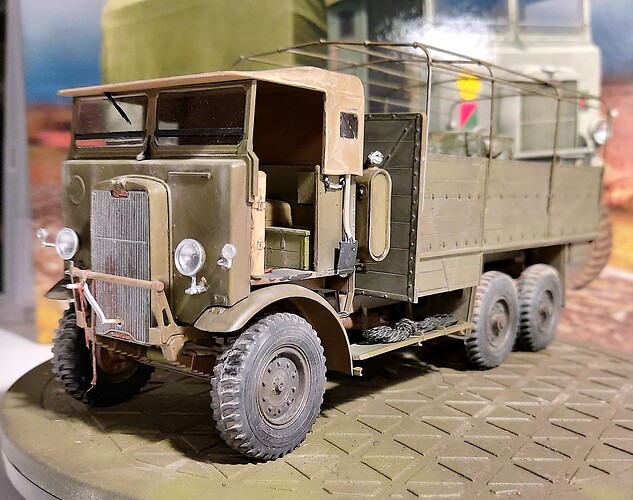 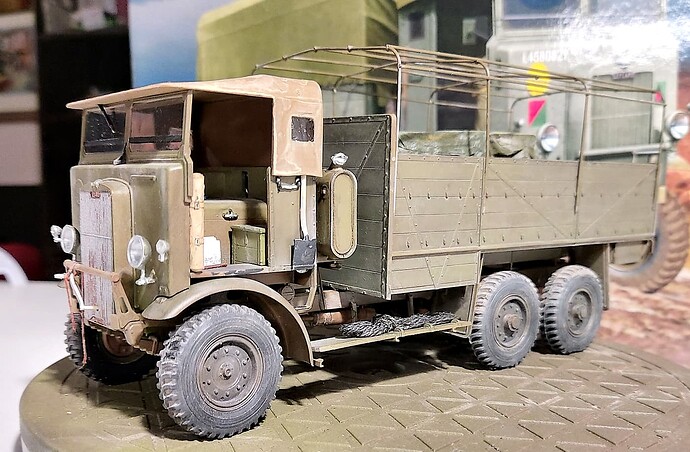