Given the fuzzy resolution and how common colorized black & white pictures are, no conclusions here on what it may be. Seems to have green tint and red brown tint but the pictures aren’t sharp. Camo paint?

Colors on fenders seems to me to basically ~match colors on turret & side skirts.

Other areas of than like lower front glacis don’t appear to show traces of Zimmerit to me like the upper & lower glacis plates. Likewise, the cover for servicing the brakes that’s open doesn’t seem to me to show any sign of Zimmerit.

An Experten maybe be able to provide more enlightenment.

Do we know if those pictures were colorized?

I see that green-red brown with sandy yellow. While there is a clear line with lighter tone sandy yellow. Like if the camo’d Zimmerit is showing the original yellow color underneath. Same goes for the parts with the red circles. True, those parts you mention seem to have no Zimmerit at all.

It’s not colorized. This is an other photo from the same original color slide. 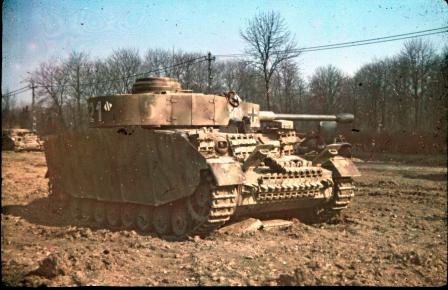 This #615 has the same side skirts and usually hardly visible Zimmerit, but it’s there anyway. (The fender support @ayovtshev mentioned has a hole meaning a Nibelungenwerk tank.) 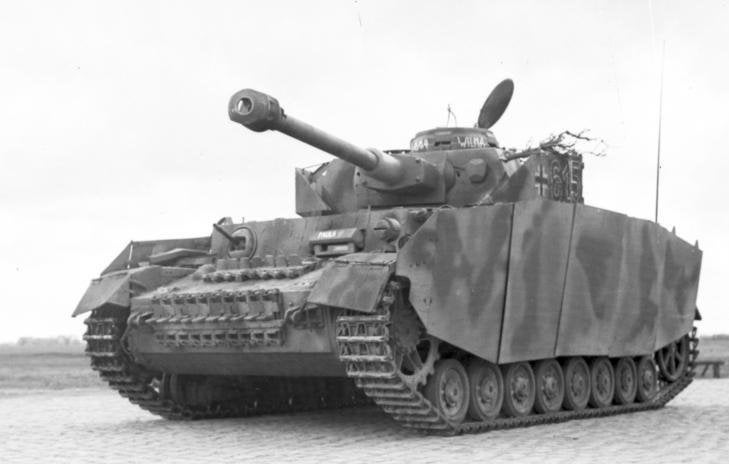 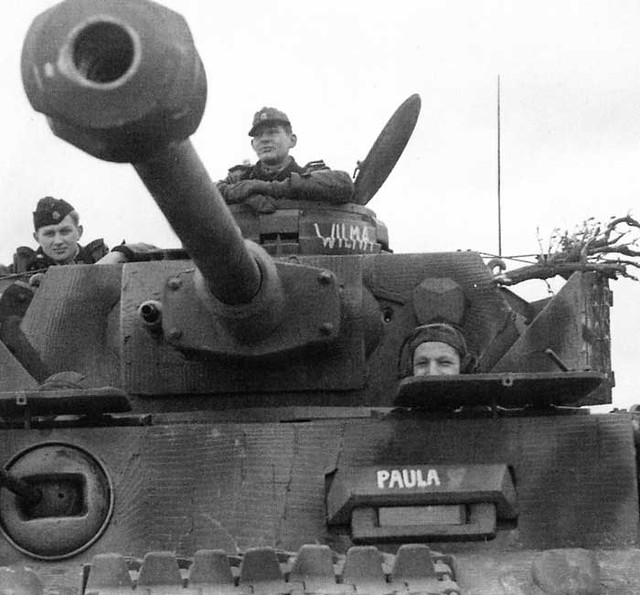 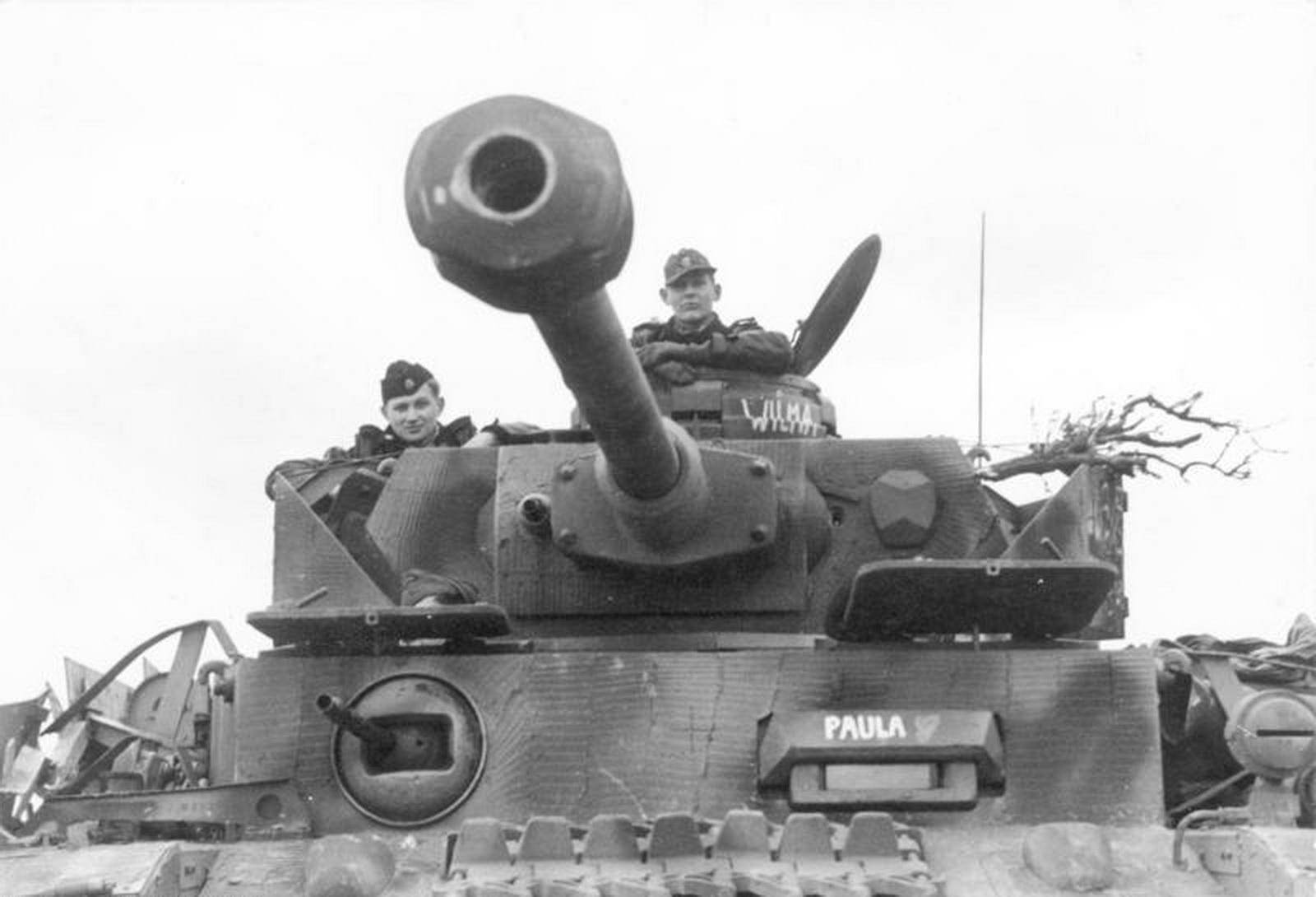 This Panther Ausf D seems to have a field applied, very worn, flaking Zimmerit as well. Seems to be poorly done, very thin with visible welding lines. Or what else can this be? 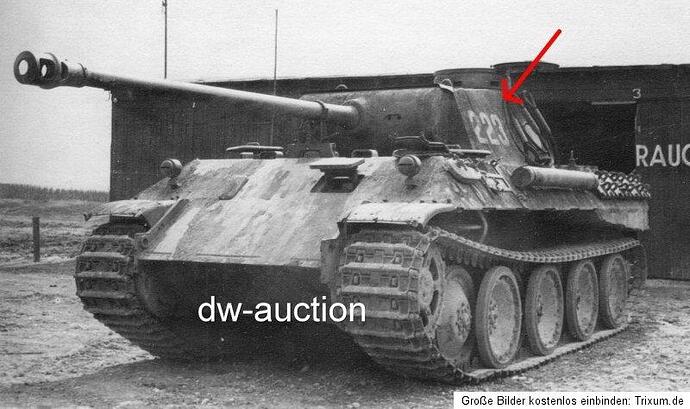 Definitely #615 has Zimmerit, it shows although sometimes faintly in the photos. Very neat application of Zimmerit

#621 - I don’t see evidence of Zimmerit from the pictures at hand.

#615 having Zimmerit doesn’t imply anything about #521

Of course, one should build the model how one likes

Pet Pz IV project has the hole in the fender support but closer to a Krupp build in most details. 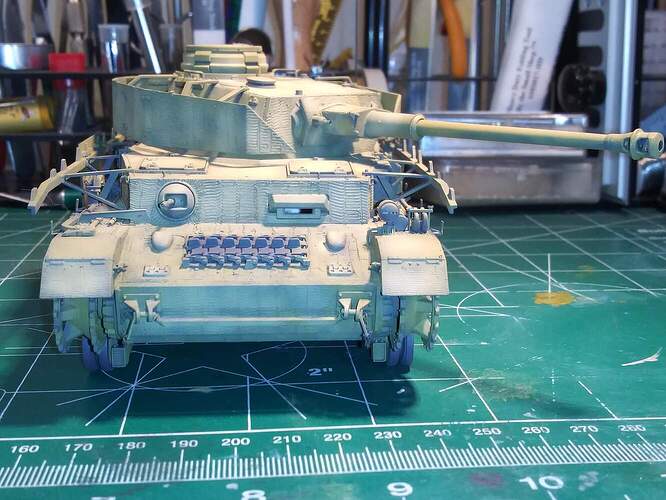 I wonder whether this fender support hole rule has some exceptions. Is it possible that Nibelungenwerk had mainly circular hole but in some occasions no hole?

Sure, the role of this hole was to enable dismounting the crown bolt behind the fender support.The crown bolt was one of 13, that held the additional 30 mm armor to the vehicles organic 50 mm armor.
Bolting add-on armor was a stop-gap solution to increase total protection of Pz.IV to 80 mm(welding was also used).
Eventually all Pz.IV armor bodies were produced with 80 mm front armor plate, and at that point the hole on the fender support lost its importance and was abandoned.

I said I’m sure #521 is not a Krupp wagon because of the way turret skirts overlap.
With Krupp the rear door overlaps the front door: 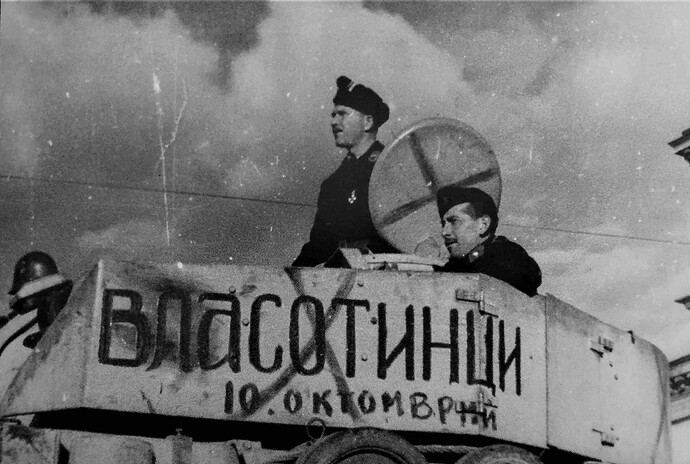 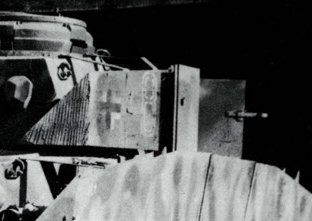 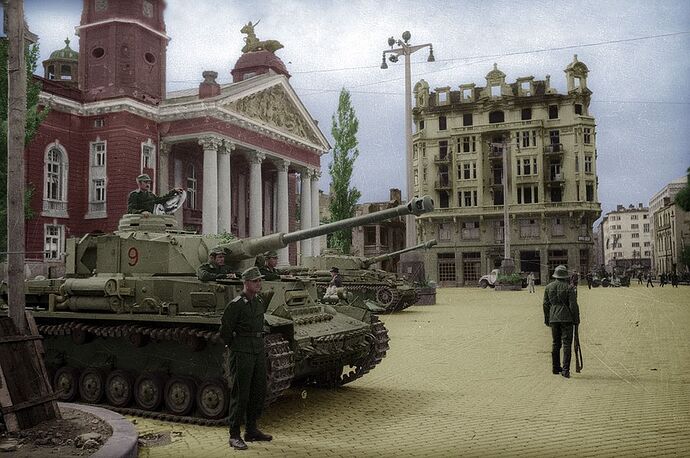 had the overlapping lid at the front door.
Therefore #521 is either VOMAG or Nibelungen production vehicle.

Another differentition point for VOMAG-Nibelungen is the configuration of turret skirt bolts.I’ll play a bit with the picture and see what I can find,

EDIT:
I’ve inverted the colours of #521 picture and managed to spot the turret skirt bolts.When inverted they look like light dots, the tips of the red arrows point to each bolt:

This configuration was only used by Nibelungen.

Two pictures from Craig Ellis “Pz.Kpfw.IV at the front.Update No 4” for discussion purposes only:
A Bulgarian Nibelungen, summer 1943 production, front row of bolts clearly visible: 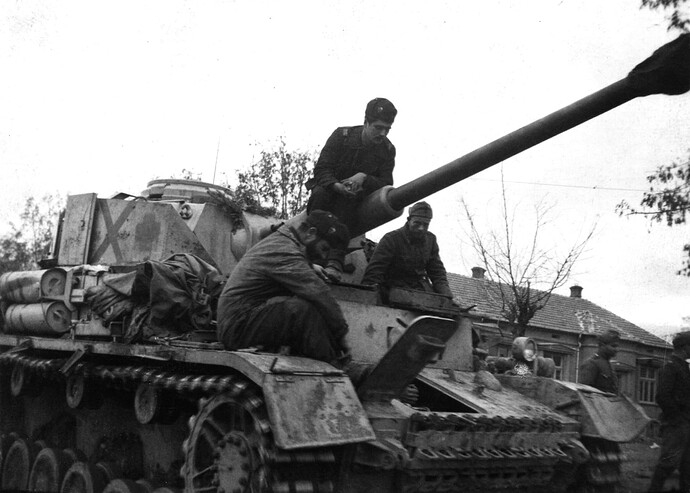 @Armor_Buff, @ayovtshev - thank you very much for your kind help. I am amazed by your knowledge. Angel, what do you think about front fenders and those weird patterns?
Also have to mention that Wade, your Pz IV looks great.

So if I’d like to build 100% by the photo I either build Miniart Krupp prod. kit for #522, that doesn’t look that interesting or for the #521 I have to wait for the Miniart interior Nibelungenwerk kit and have to get a proper side skirt. (I wonder if Miniart still exists and will continue to work in this situation…)

Just one more question - what happened to #521’s hull MG? Is there a plug in the ball?