I believe these Pz IV’s are Ausf H versions. I’m planning to buy a Miniart interior kit to build this scene and Miniart has

I have no idea how to identify the different Pz IV producing factories. Is it possible to know from these pictures? Which kit would be suitable? Are there known problems with it? 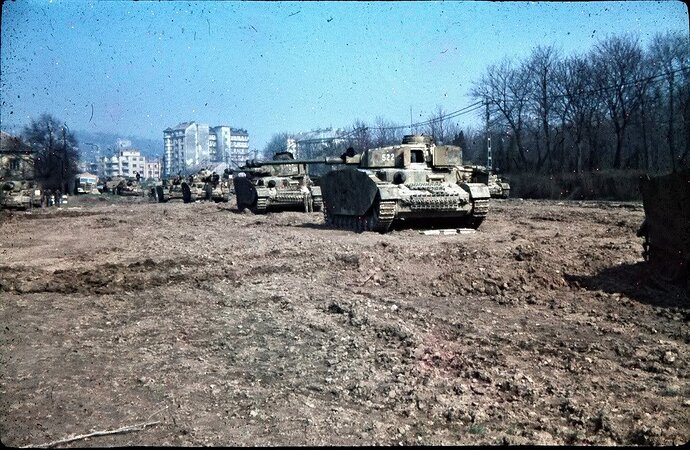 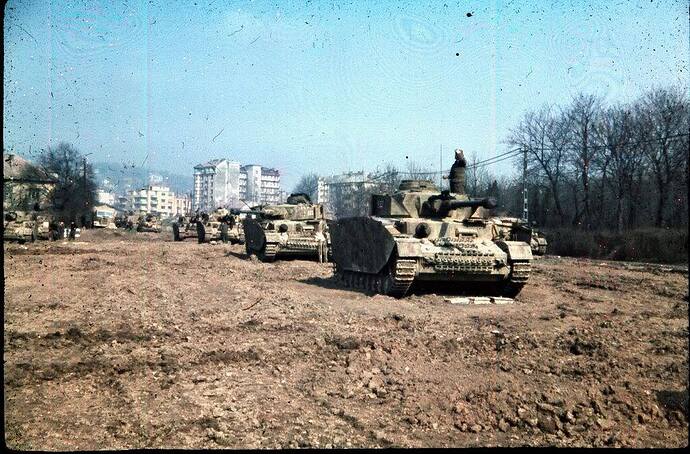 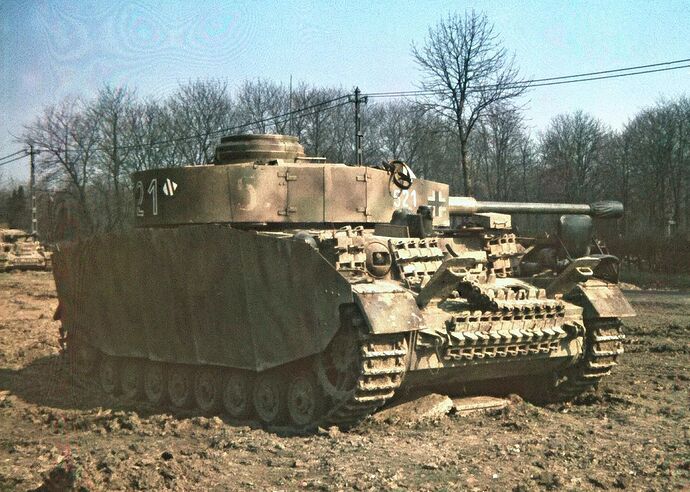 I will let someone with more knowledge answer your questions but I am going to guess those are late model Ausf. Hs because a) they lack Zimmerit, b) they still have the exhaust vents on the break hatch covers, and c) they still have the complex tow shackle assembly thingys on the front hull plate (as opposed to the extended hull side integral tow shackle thingys). I also cannot see the jib crane thingys on the turret but that may be a matter of perspective.

Edit: Are those colorized images? I ask because the main guns look to be in Panzer Dark Grey.

I’m going to throw cold water on this and say that, despite these impressive kits that make fine distinctions between sub-types of Panzer IV-J, their interiors have significant version errors. Old items from the Ausf.F are present but shouldn’t be there, and other items are missing because Miniart are not familiar with the Ausf.J.

As far as I know these are original color photos of the PzIV’s of the Panzer Lehr division, taken in the outer districts of Budapest in March 1944. To me the barrels look dark greenish.

Yes, I’ve heard about that. I wonder if the problems are present in the Ausf. H version interiors as well?

The H is probably not so bad, because it’s nearer to the version that Miniart know most about- the F.

If you will name one kit, I’ll look for photos of it and tell you what I think.

Thanks. First I need some help regarding which factory made these Pz IV’s in the picture

I have no idea what the difference is between Nibelungenwerken, Vomag and Krupp… let alone early/mid…

I’d suggest the RFM Ausf G/H with interior. Two reasons, a) I’ve made it and it goes together well, but doesn’t have huge amounts of PE, like MiniArt kits do. It has all the parts you need for G and H versions. There are some minor frustrations but on the whole it’s pretty doable; b) it doesn’t have moulded on Zimmerit so looks ideal for these (I had to add Zimmerit to mine!).

The barrels are dark because they are replacement barrels still in the protective lacquer. They just haven’t painted them over yet.

No one has answered your question about factory differences. Craig Ellis has done extensive research on this and the information is available in his books available from Blurb. All of his books are excellent and I highly recommend purchasing them all if you have any interest in the Pz.IV, but these two should provide most of the info you need: 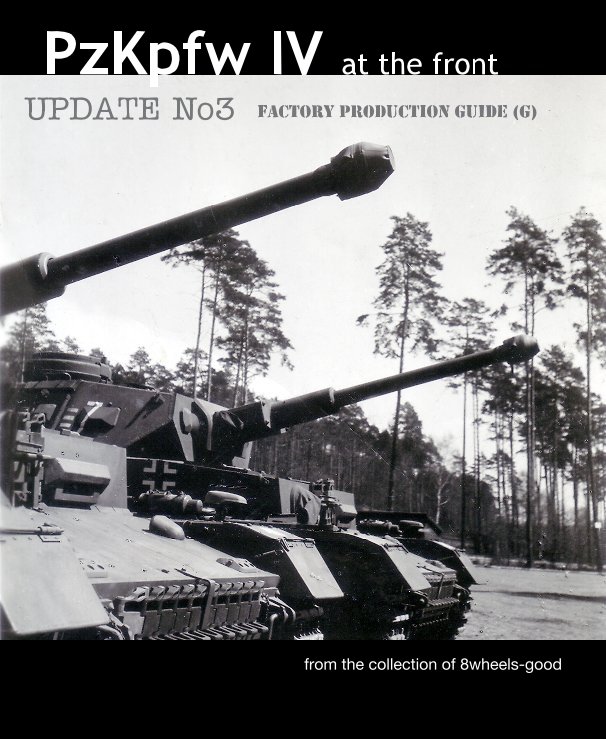 PzKpfw IV at the front: UPDATE No3 - factory production guide (G) by from the...

Find PzKpfw IV at the front: UPDATE No3 - factory production guide (G) by from the 8wheels-good archive at Blurb Books. The heart of this book is the exploration... 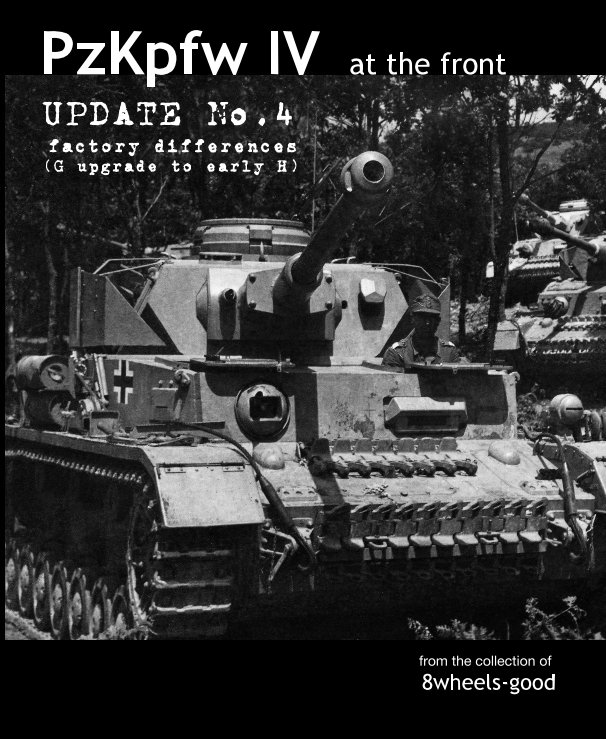 PzKpfw IV at the front Update No. 4 by 8wheels-good | Blurb Books

Find PzKpfw IV at the front Update No. 4 by 8wheels-good at Blurb Books. The second update to look into factory specific changes focuses on the implementation of...

Craig is working on another title as well to cover the later H, as far as I am aware.

@DByrden David comments on the Pz IV interiors by MiniArt are on the mark from I’ve gathered which was checking behind his original work and comments with my little slicexof Pz IV heaven. 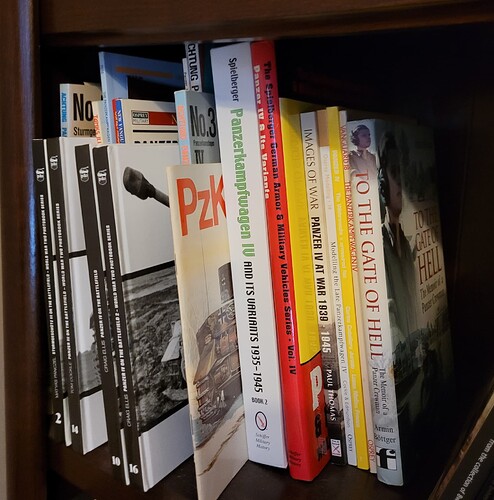 Not an expert, just an enthusiast on my favorite Panzer but here my impressions. Hopefully some other members will review and see if this holds water.

Glacis plates appears to be one piece that suggests after June 1943 production.

I think that tends to disfavor the May-June Early Nibelungenwerken kit.

No Zimmerit suggests before Sept 1943 production.

I didn’t see any big bolts on front glacis so I think that tends tends to count against the Early Vomag kit.

The cast wheel hubs appeared in August of 1943 but on #521 we can see there only roughly appears one cast wheel hub at the front. I think that tends tends to count against the mid Krupp kit.

The mid Vomag & mid Nibelungenwerken kits seem generally better candidates in my humble opinion but I wouldn’t totally rule out the other three kits. Lot of PzIV’s had rebuilds and sometimes are a mix & match of parts etc. 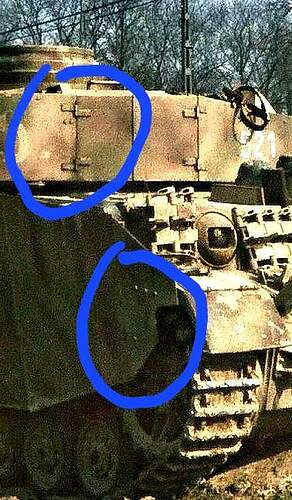 #521 has two serious clues to match up with reference material. That notch skirt is somewhat atypical and probably will give us some information. Likewise that double bolt at top only turret skirt.

One of the references from 8 Wheels Good can probably unlock the mystery. 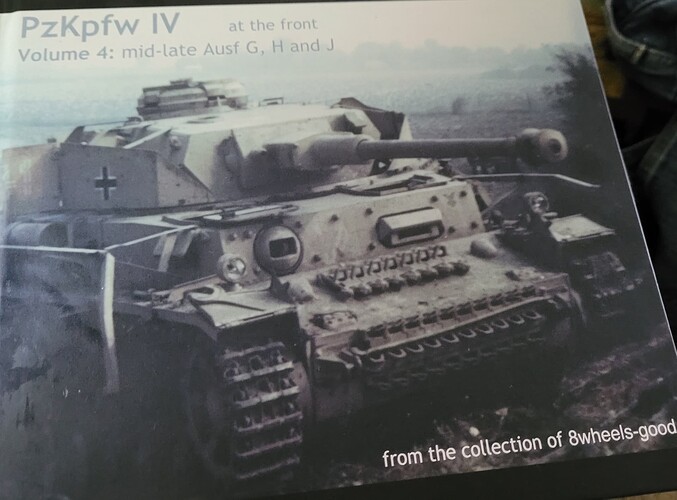 Ah! I suppose that makes them Gs or early Hs. Maybe they have zimmerit under all the tracks and stuff. Given the nature of Panzer Lehr Division, I would expect perfectly applied, well, everything on their machines so early after their formation. Also, shouldn’t those panzers have an ‘L’ painted on a front fender?

Thanks for the explanation, brekinapez. I knew that happened, just not how often it happened. 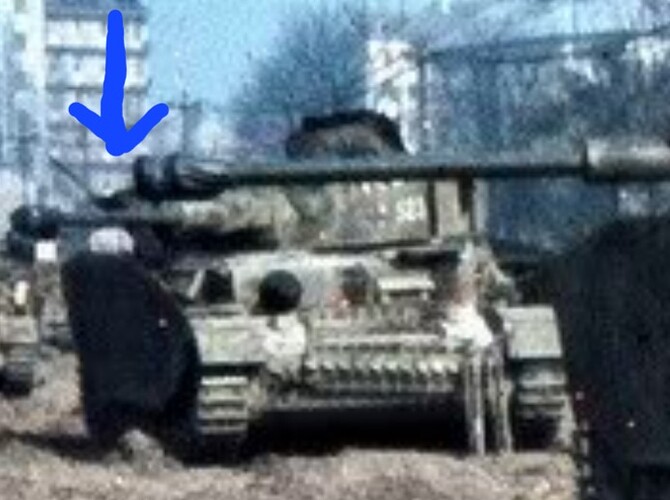 This ^^ is probably a late G, seems to have the antenna tray and antenna on the radio operator side of the tank. 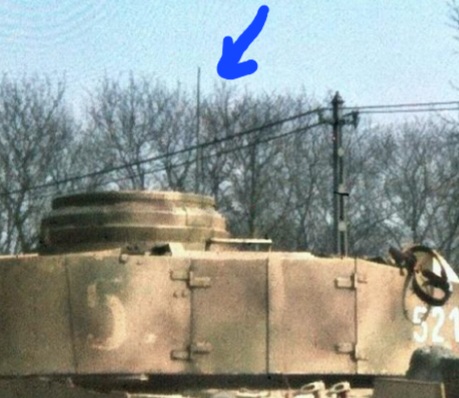 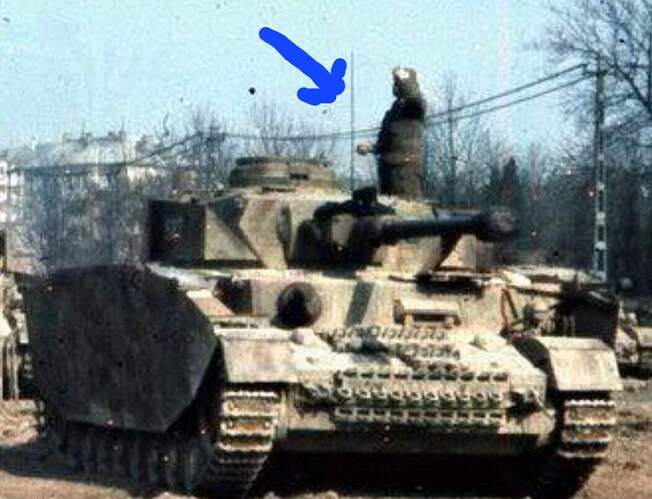 Thanks Damraska and Armor_Buff, I guess it’s no proof but Star-Decals has decals for this vehicle and it’s marked as an Ausf. H with Zimmerit.

I wonder where that “France 1944” comes from. Maybe used the Hungarian photos and the title “France” for marketing purposes?

Even Border Model gives this option in the Ausf. H early/mid kit. But it has no interior…

Thanks for the idea. This RFM kit is like 2 times more expensive

Plus now it seems I need Zimmerit as well.

I guess 521 has flaking Zimmerit on the front mudguard, hasn’t it?
Do those Craig Ellis books mentioned by jfeenstra have anything about the possible factory of these specific Pz IV’s?

I am sure #521 is not a Krupp wagon, but I can’t say for sure whether it’s a VOMAG or a Ni-Werke one.The ultimate differentiator for this angle of view would be the shape of the hole on the fender support(round is Ni-Werke, rectangular is VOMAG) and I’m not sure about the shape I see…
Eitherway, it is an Ausf.H from either July/August or pre-Zimmerit September 1943 production.

While #522 IMHO is a typical August/pre-Zimmerit September 1943 Krupp production Ausf.H. It has no hole on the fender support, the kinked front parts of the turret Schuerzen were bent, not welded(only Krupp had the required equipment for bending these front parts, VOMAG and Ni-Werke welded the front pieces) and above all- all tracks have hollow guide horns.
MiniArt’s September 1943 Krupp Ausf.H.(kit# 35330) has full interior and will suit a build of #522

I can only second Jon @jfeenstra and Wade @Armor_Buff about the high value of Craig Ellis research and publications on Pz.IV tanks.I have some of his books and periodically check for the next Update.

#521 is a bit more interesting to build, so I tried to look for references on the internet. As @Armor_Buff said the side skirt and the turret skirt’s double bolt may be some clues.

So the this notch skirt really is atypical, there weren’t many photos online. In these the fender support clearly has a circular hole. (= Nibelungenwerk) 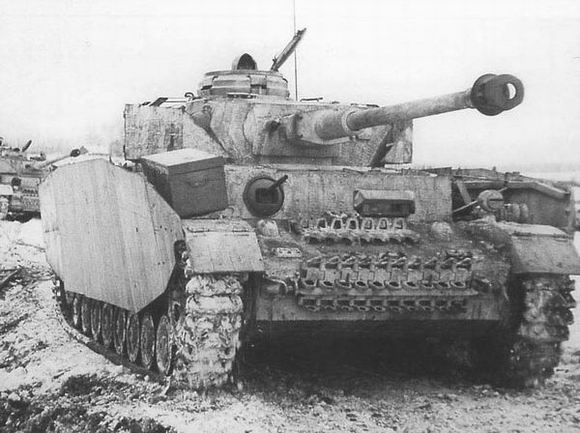 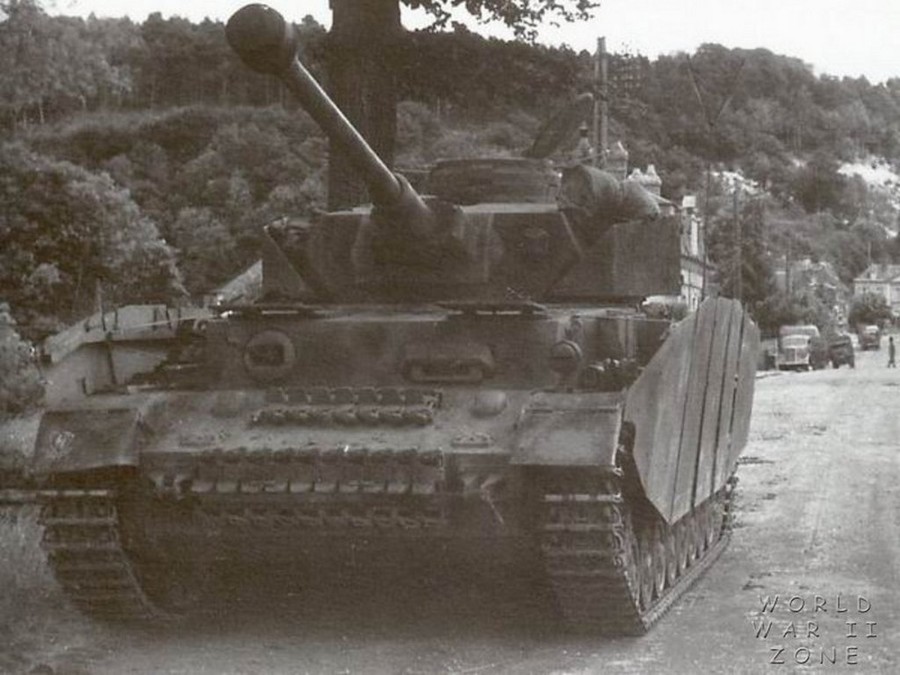 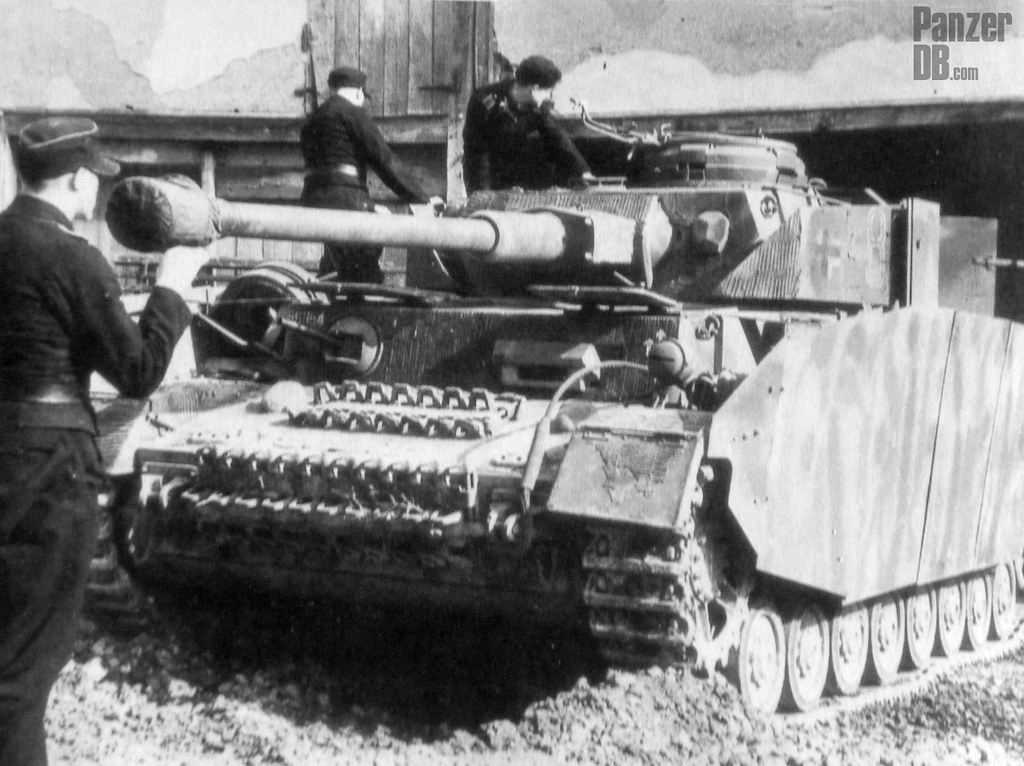 While these have the same notch skirt but the fender support has no hole! (= Krupp, or just bad photo?) 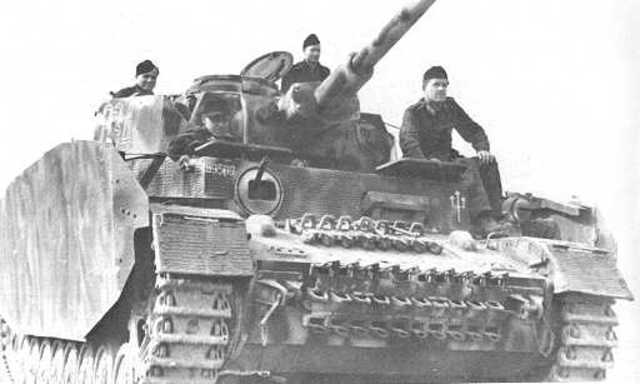 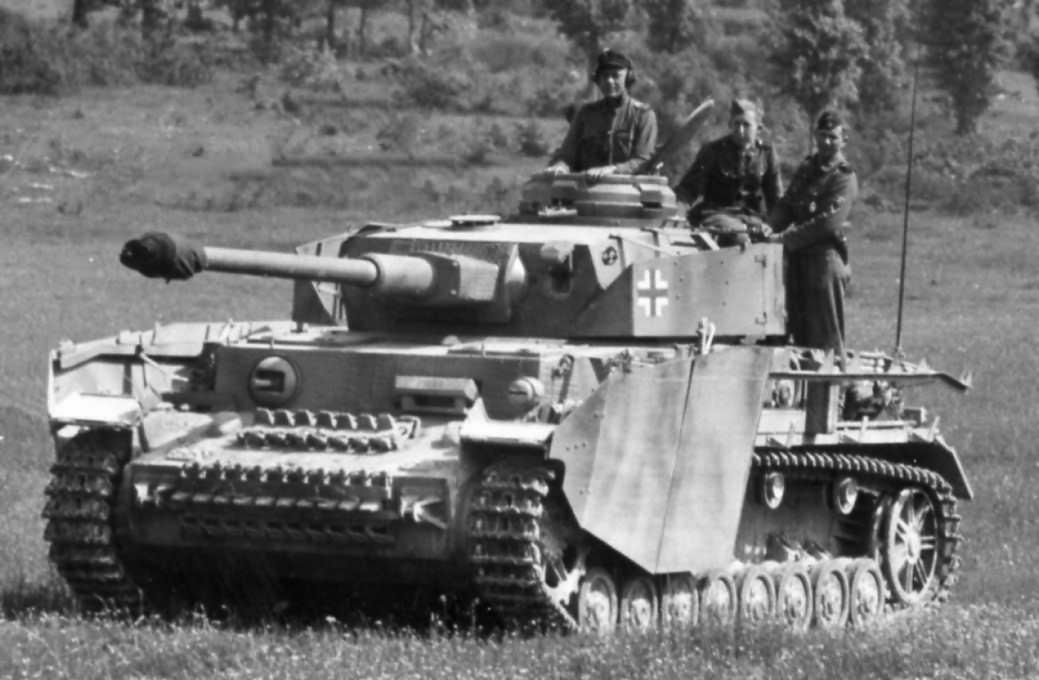 I would say the fender support in the picture of #521has no hole, it’s just shadows. 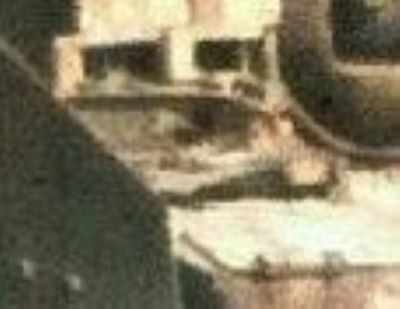 I wonder whether this fender support hole rule has some exceptions. Is it possible that Nibelungenwerk had mainly circular hole but in some occasions no hole?

I’m not good enough to identify the factories from side views, but anyway Miniart is very consequent with the mentioned turret skirt bolts - Nibelungenwerk has this feature, and only this, while Krupp and Vomag is different.

Also looking at the picture of #521 I’m quite sure those circled parts show a very flaking (field applied?) Zimmerit.

Maybe #521 as @Armor_Buff said is a mix? Even between Krupp and Nibelungenwerk parts? With field applied Zimmerit and field repaired wheels?
What happened to the hull MG? It’s not there but it has no hole in the ball. And it’s very light colored…

@KarBal where does 521 show evidence of Zimmerit? I’ve failed to see it. Asking not disputing.

I’m open to any opinions, I just cannot find other solutions to the pattern seen in the red circles, but a very worn, flaking, old Zimmerit. What else can that be?