LAAT/LE, Troopers - the LAAT/LE’s are from Fantasy Flight Games and where built straight out of the box and the details are awesome on this kit. The dead troopers/running troopers are from DarkFire Designs and the trooper with his helmet off with an injured trooper/pilots/troopers repelling/sitting in the LAAT are from SkullForge Designs, the LAAT’s and troopers were all painted and weathered using Vallejo paints and pastel chalks.

Base - is a cheap shelf which hangs on the wall and is MDF and once built I turned it upside down, the sand is fine washed sand and spakfilla mixed together and the rocks are kitty litter and once dry I used Vallejo Paints and pastel chalks. 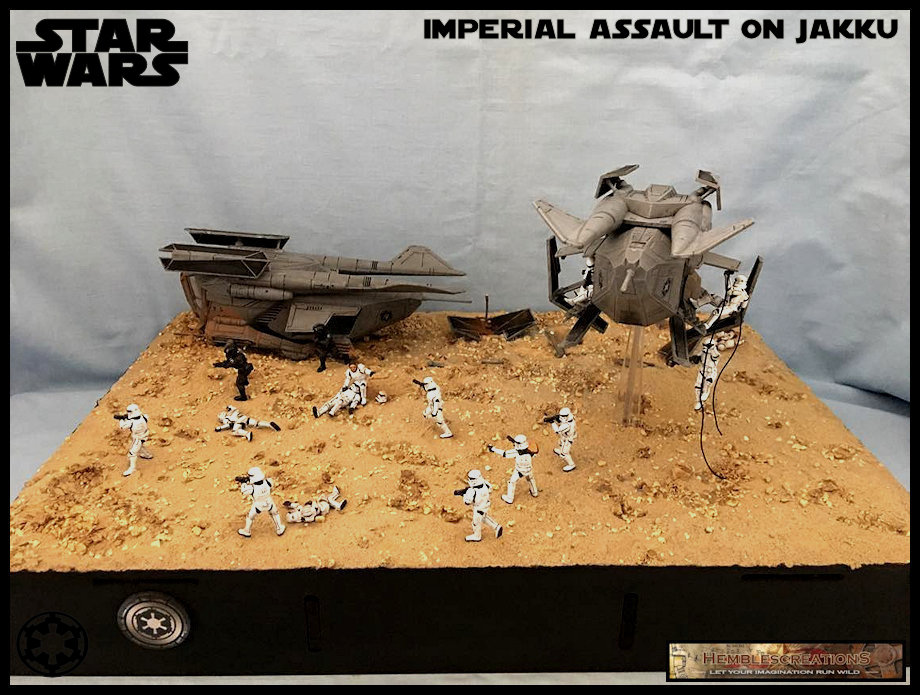 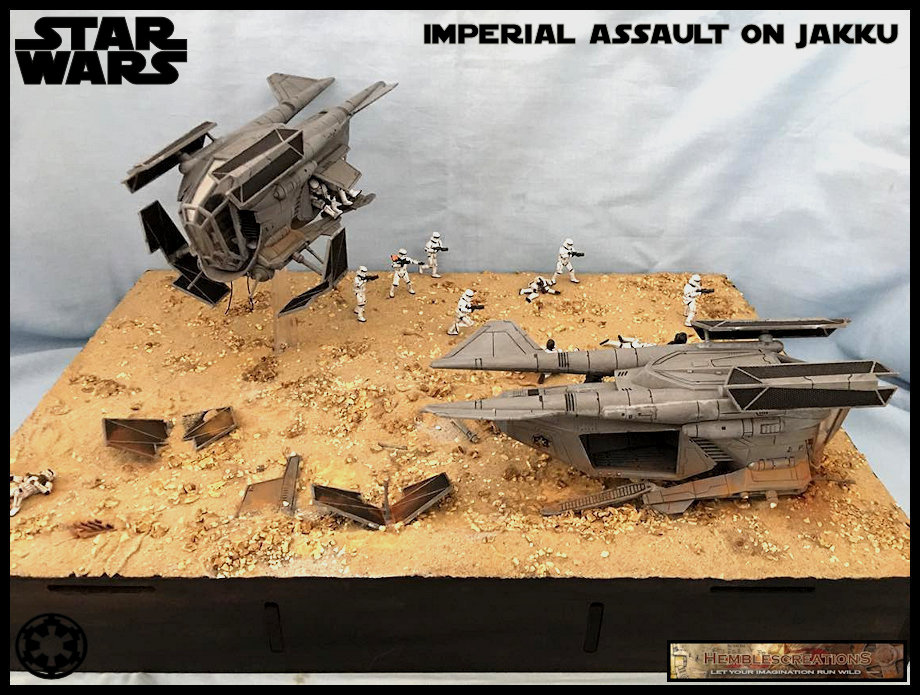 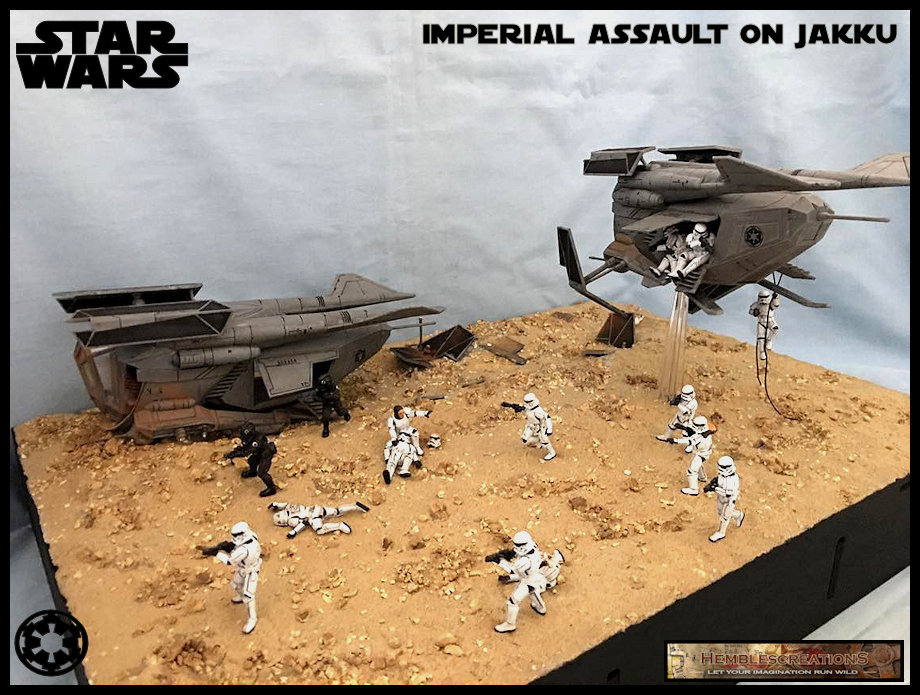 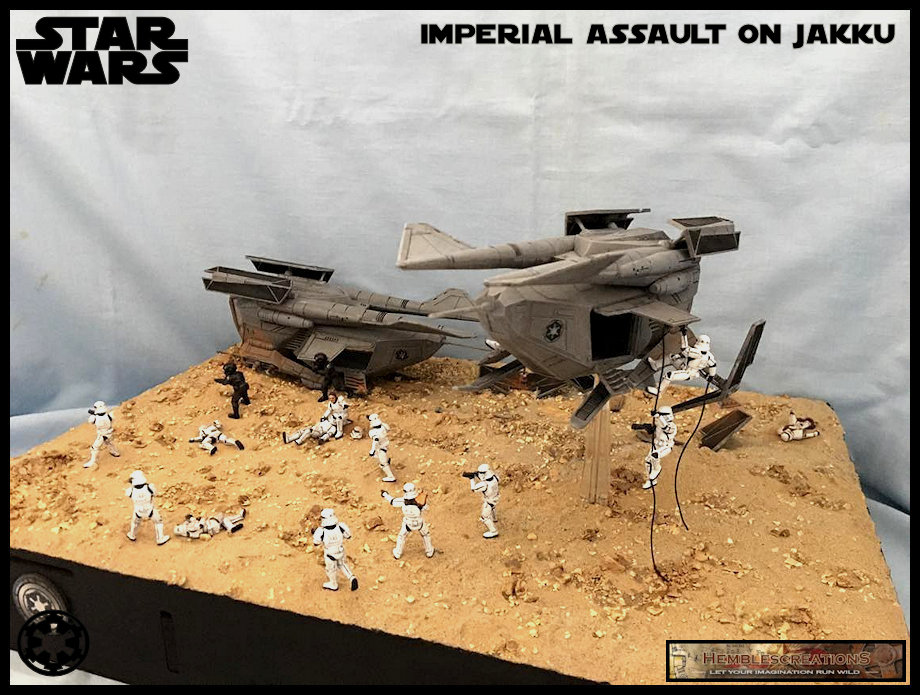 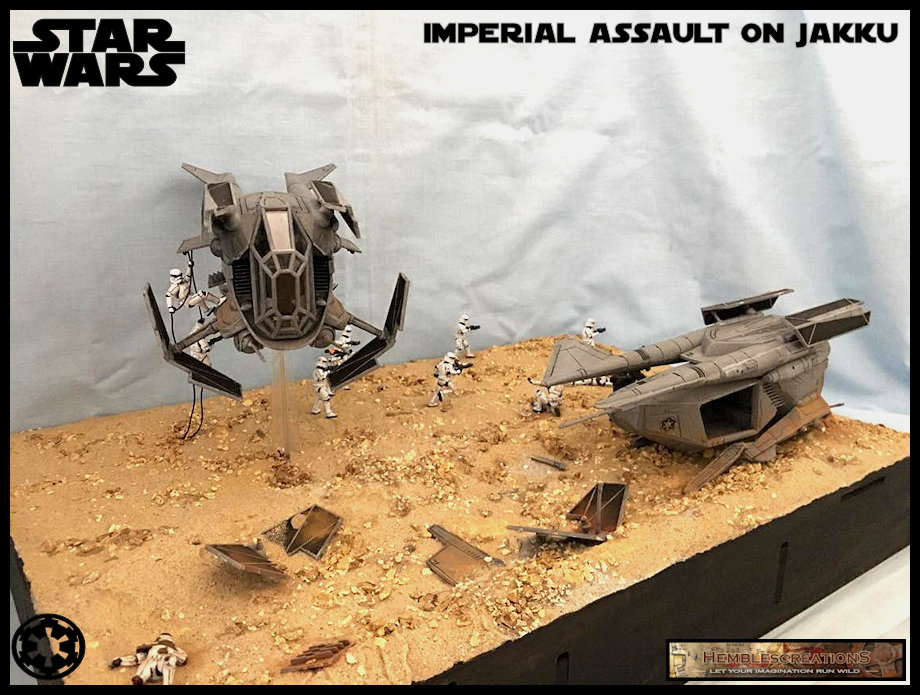 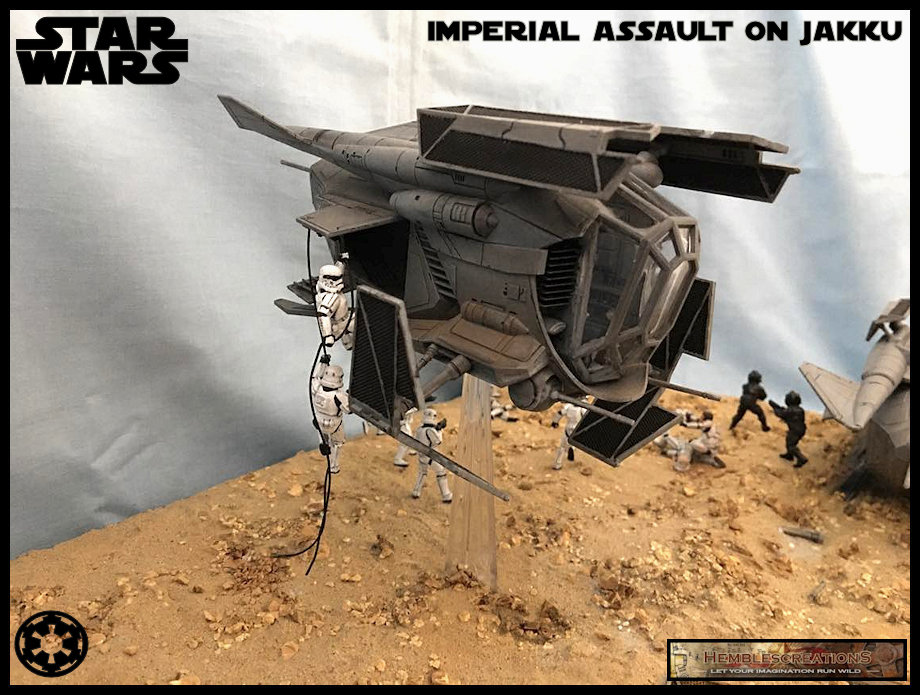 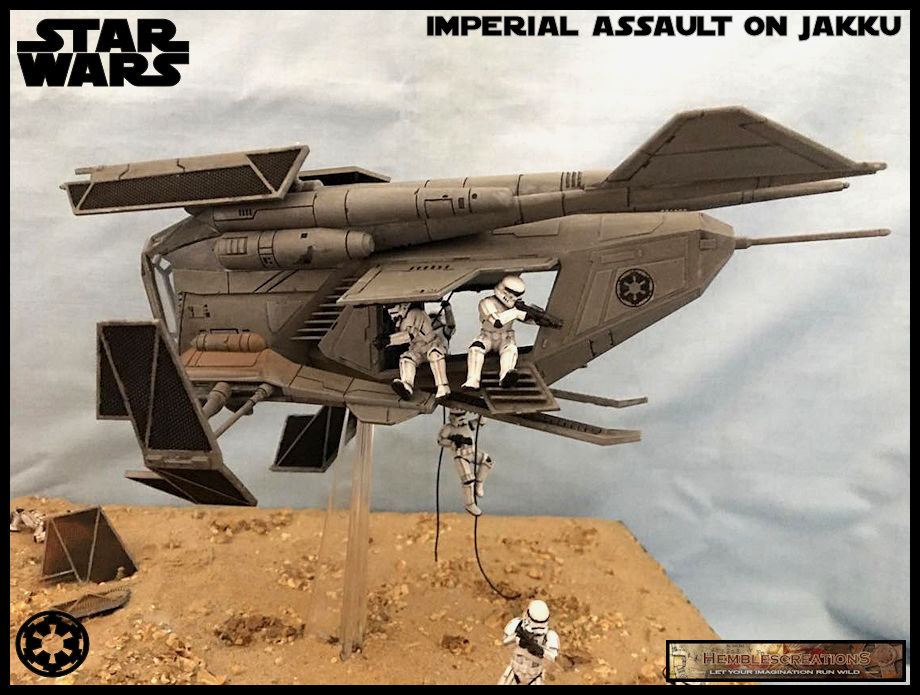 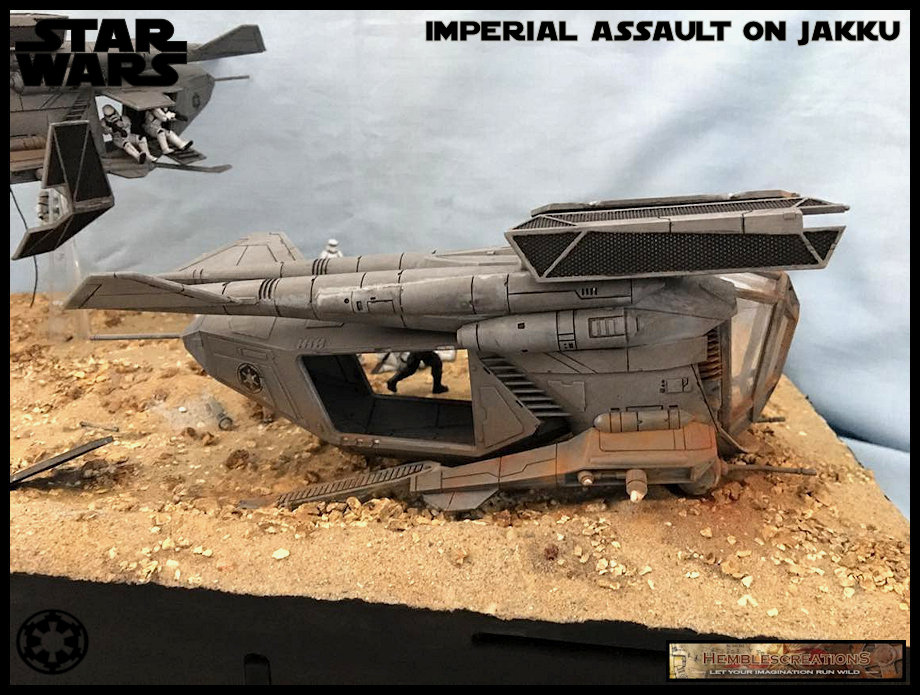 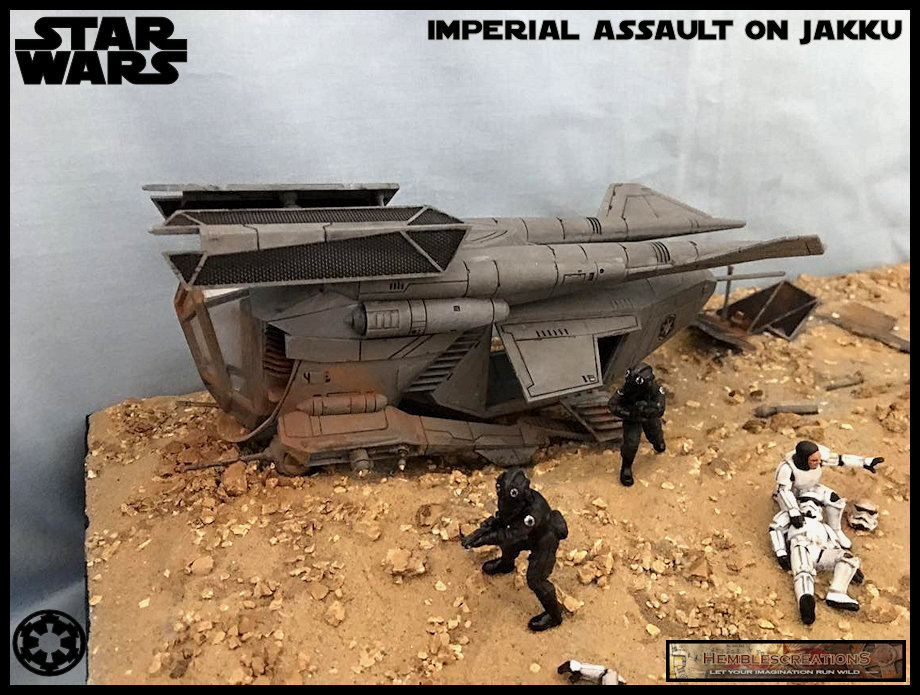 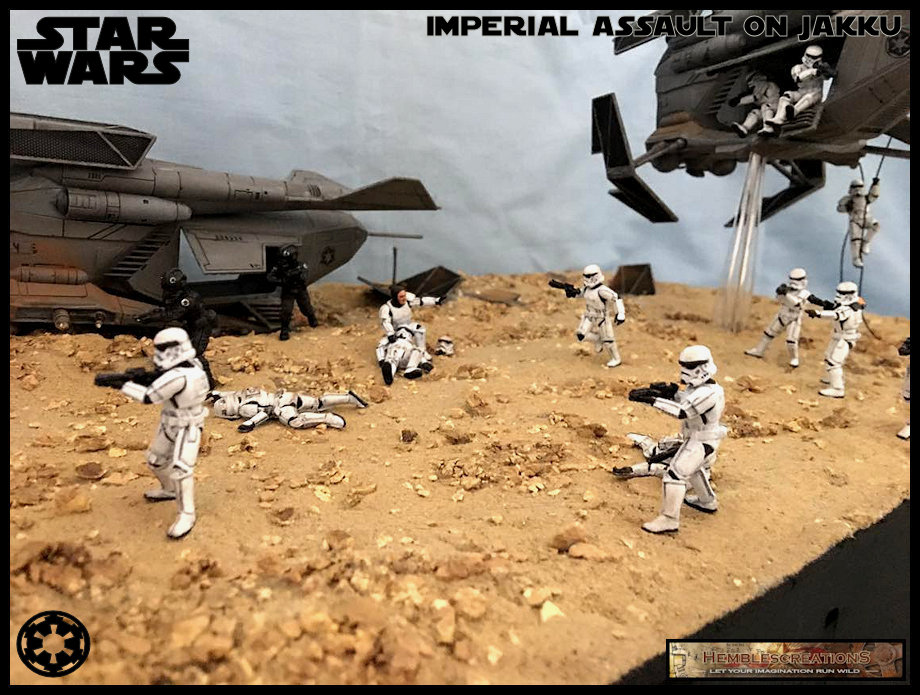 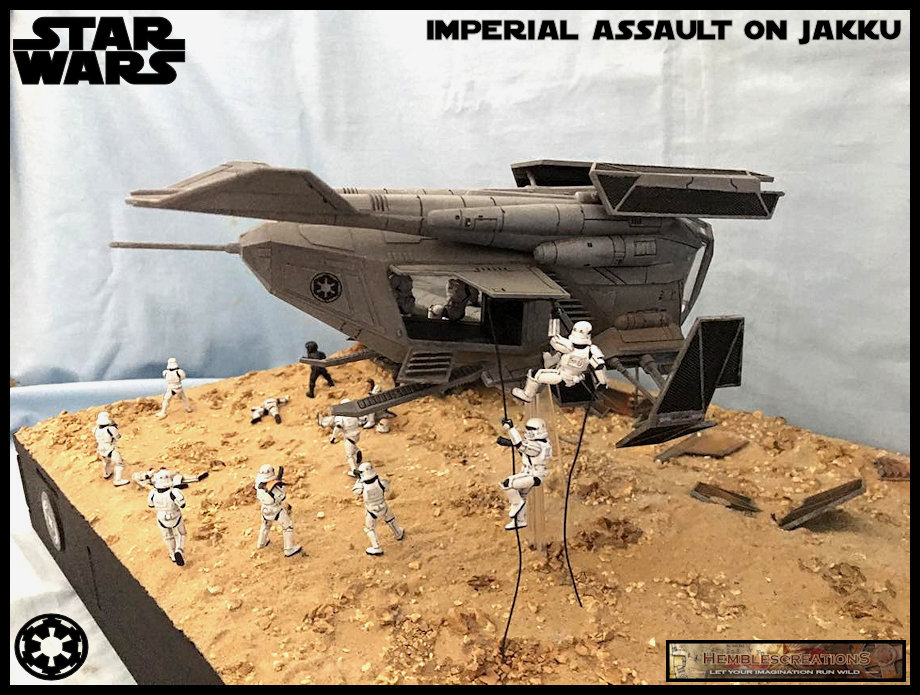 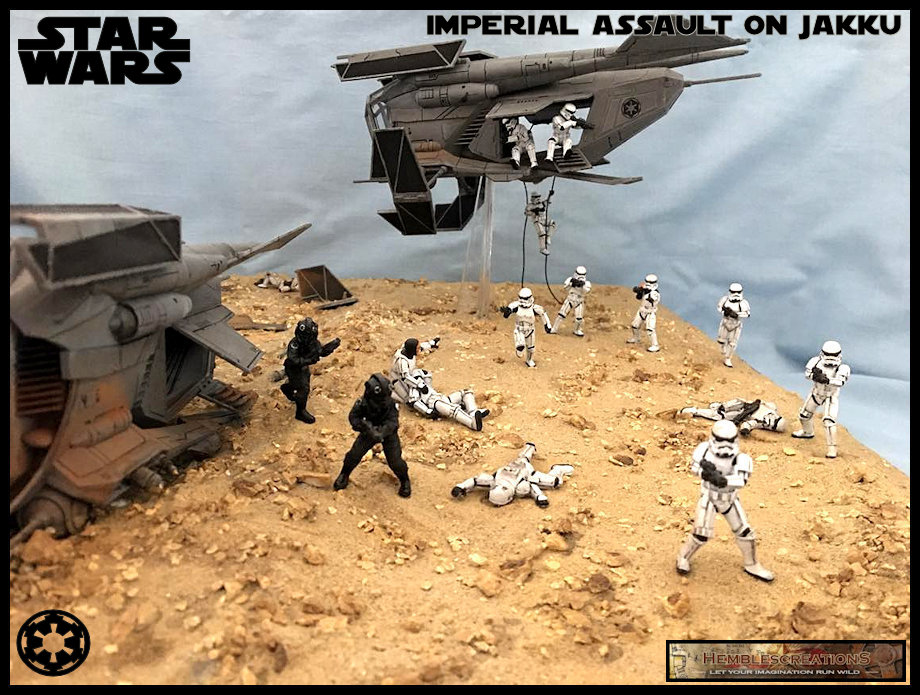 do you play Star Wars Legion? i have been collecting the various faction and hope to start playing by the end of the year.

how did you get on building the LAAT i have heard there are some errors in the instructions.

you have done s fantastic job on that diorama and its well executed.

Thanks so much mate and I don’t play anymore but I love using the miniatures and vehicles in diorama’s. I found it to be ok with the instructions but I also build model tanks so I’m use to instructions having a few errors on them from time to time.

I think your heading got messed up, it should read “Imperial Assault on Jakku, 28mm (1:56th) scale”.
It’s nice to see figures in this scale being used for a diorama. With the proliferation of multi-option hard plastic figures it should be more common, it allows for the inclusion of more figures and more complex action than, say,1:35th scale on a reasonably sized base. Your work is an excellent demonstration of this, very well done!

Thank you so much and I appreciate that mate thank you, I didn’t even realize I wrote 1:28mm. That is one reason I love the SW Legion line as this would be twice almost three times the size if it was 1:35th scale.