When I built the Imperial Trooper on the speeder bike I really liked the bulky look of it so I then decided to build a two man speeder.

Figures - are from Hasbro’s BS 6" line and I just gave them a wash of Matt Black then gave the uniform a light dry brush of Pale Grey.

Speeder - has been made using foam board, plastic card, 1:35 Maschinen Krieger parts. The weapons is from Bandai Stormtrooper and the decals are from various Bandai Star Wars kits.

Base - is high density foam cut to shape and the small exhaust vents were made using plastic tube, Bandai Star Wars parts and greeblies. The speeder, figures and base were painted and weathered using Vallejo paints. 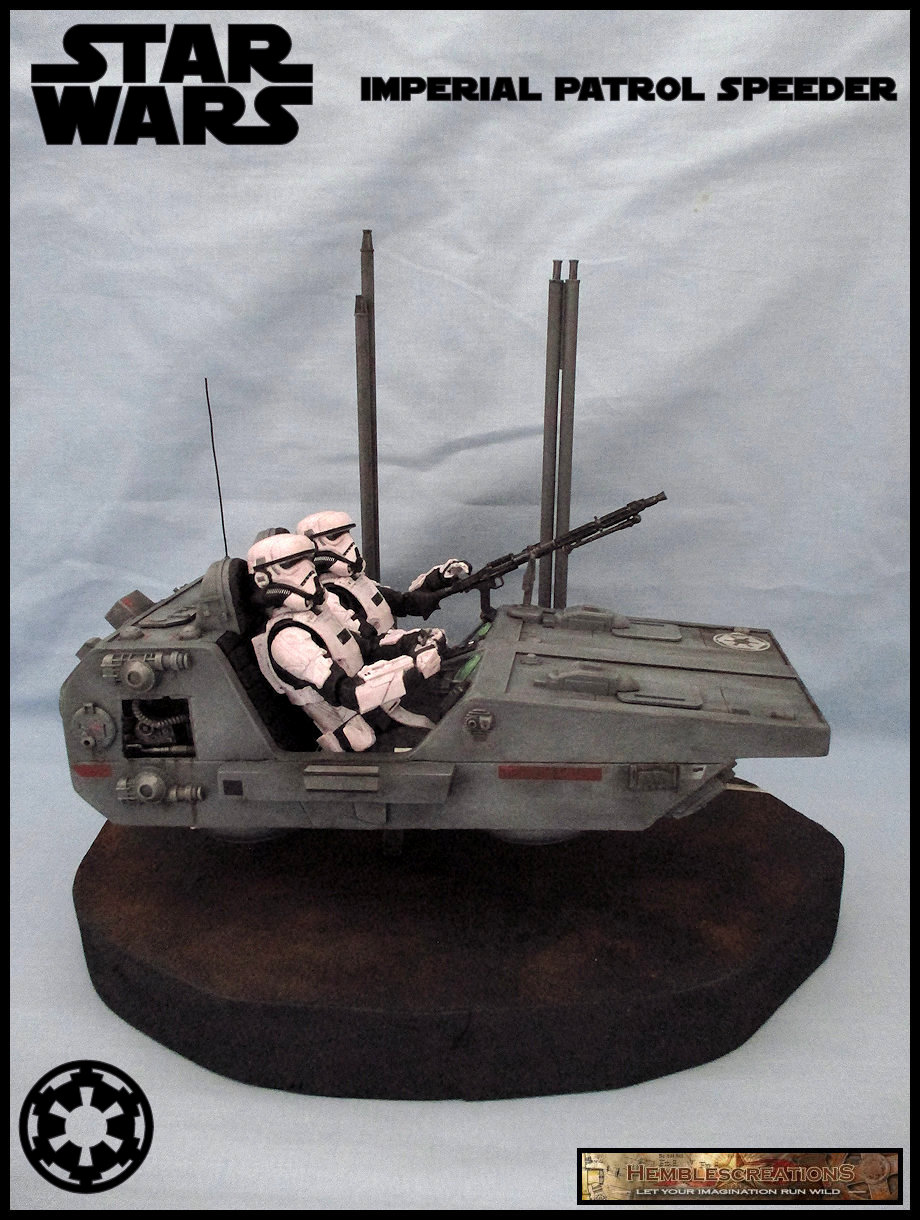 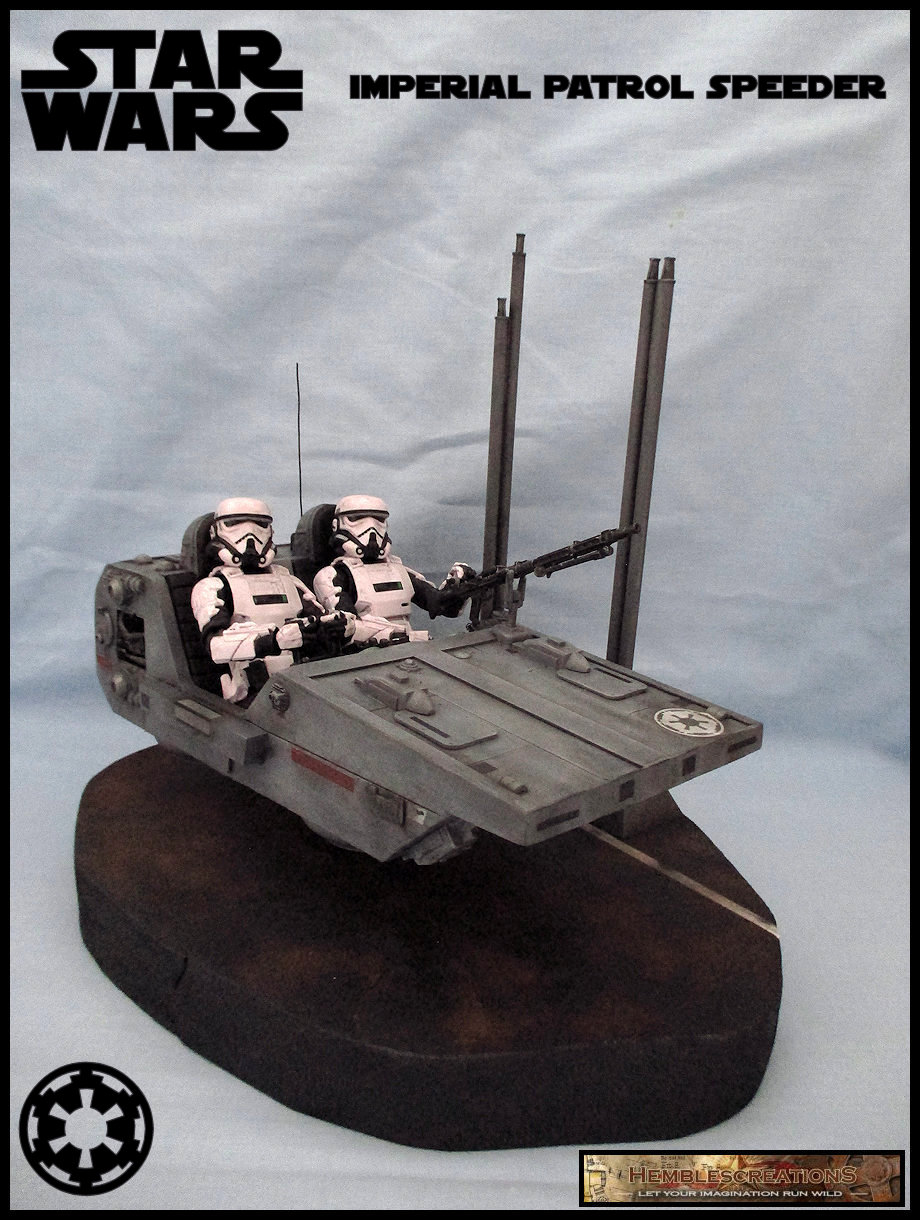 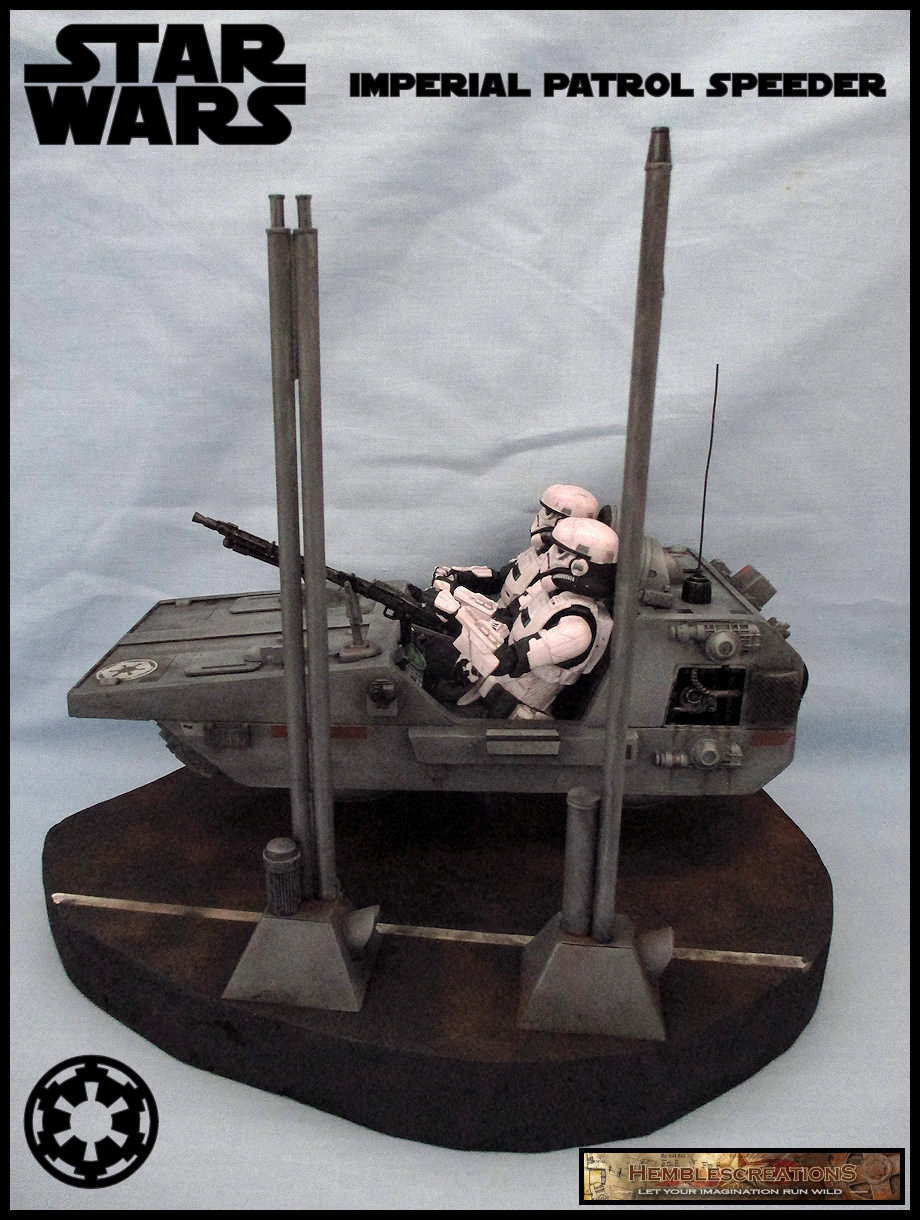 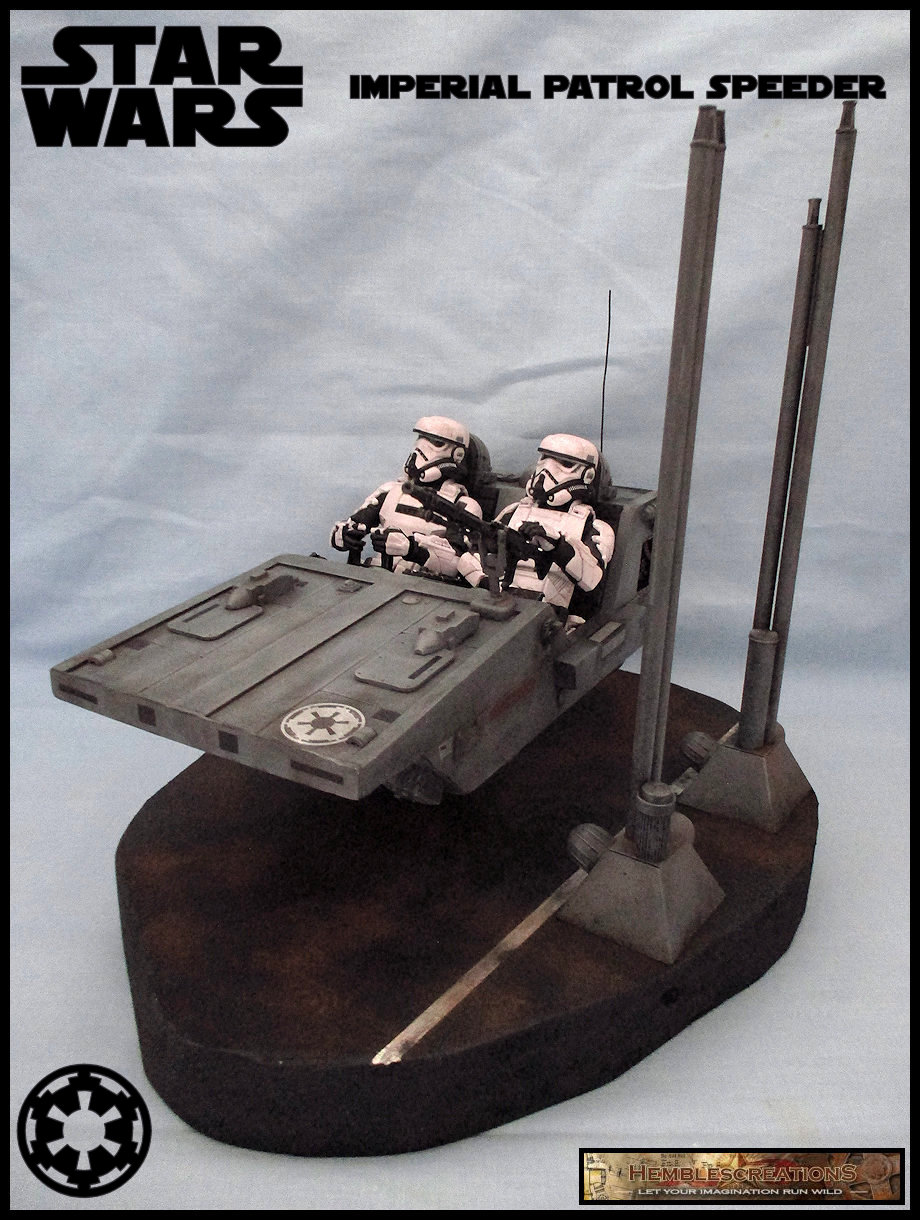 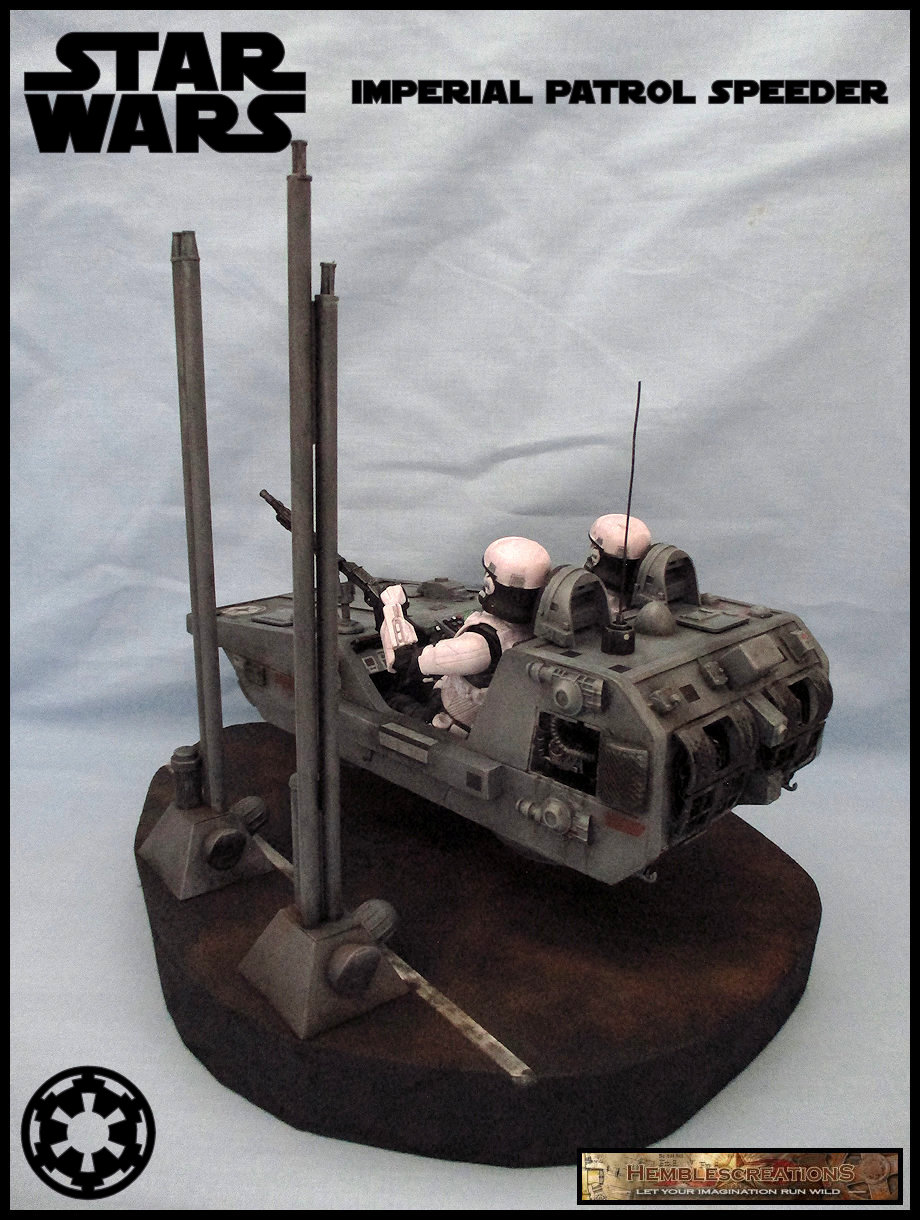 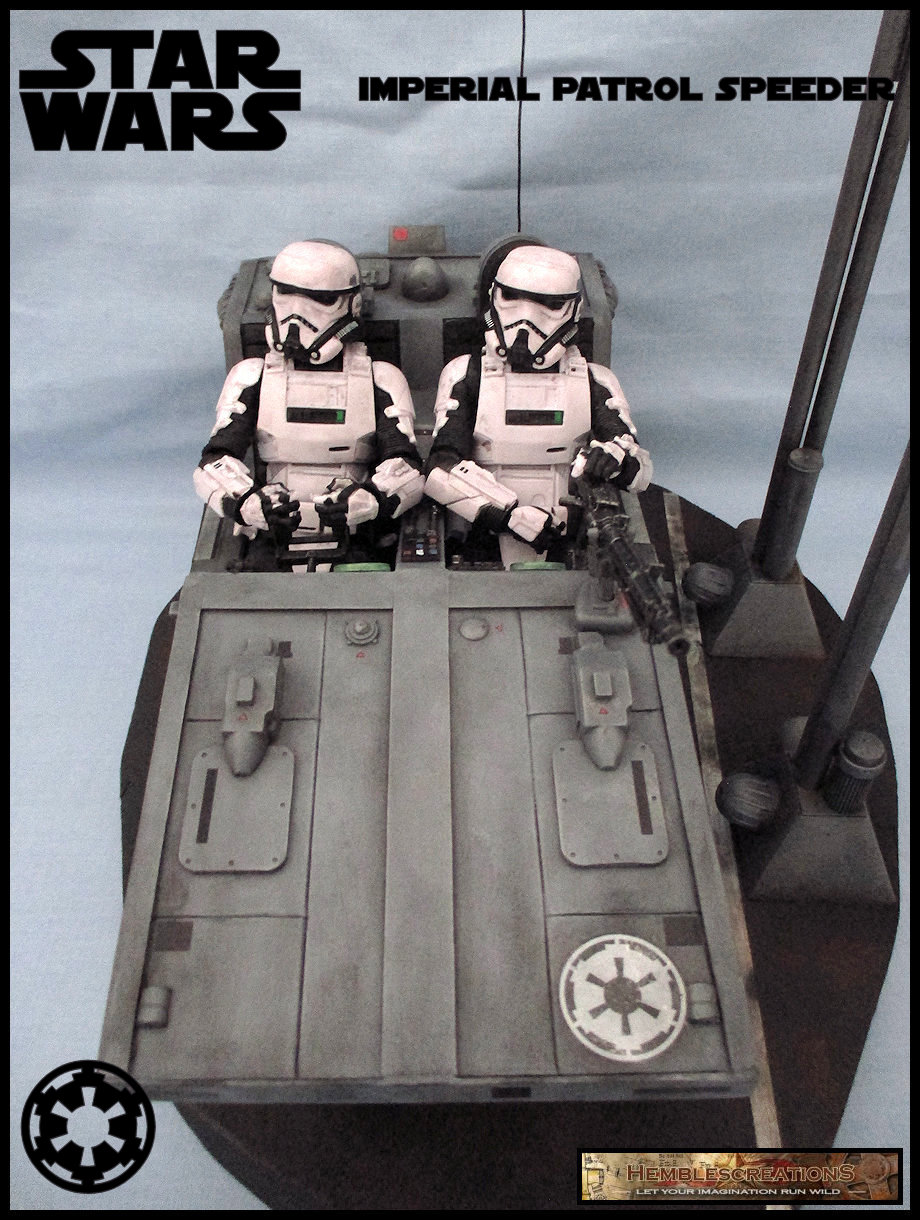 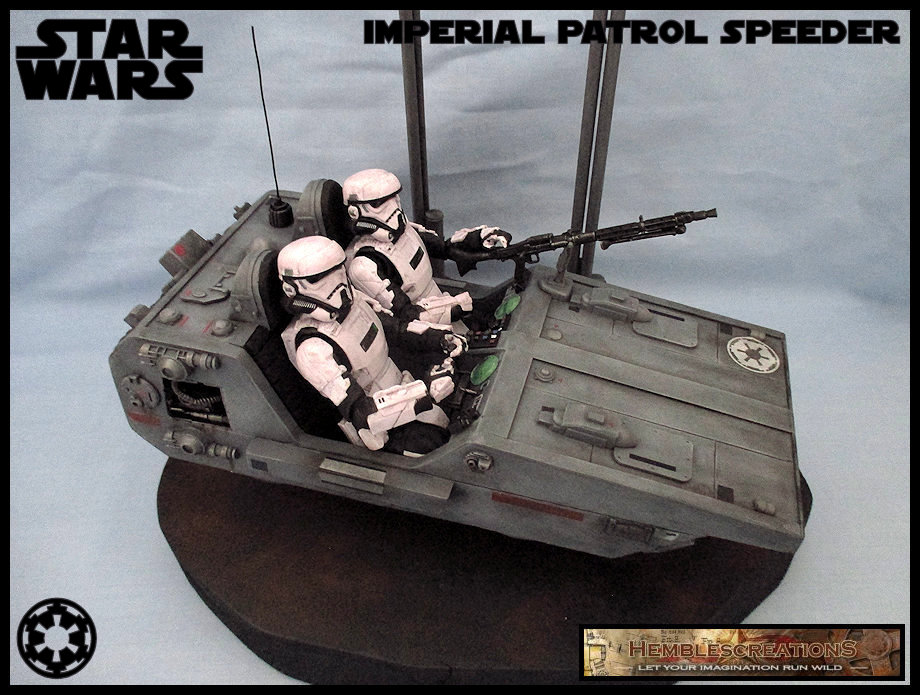 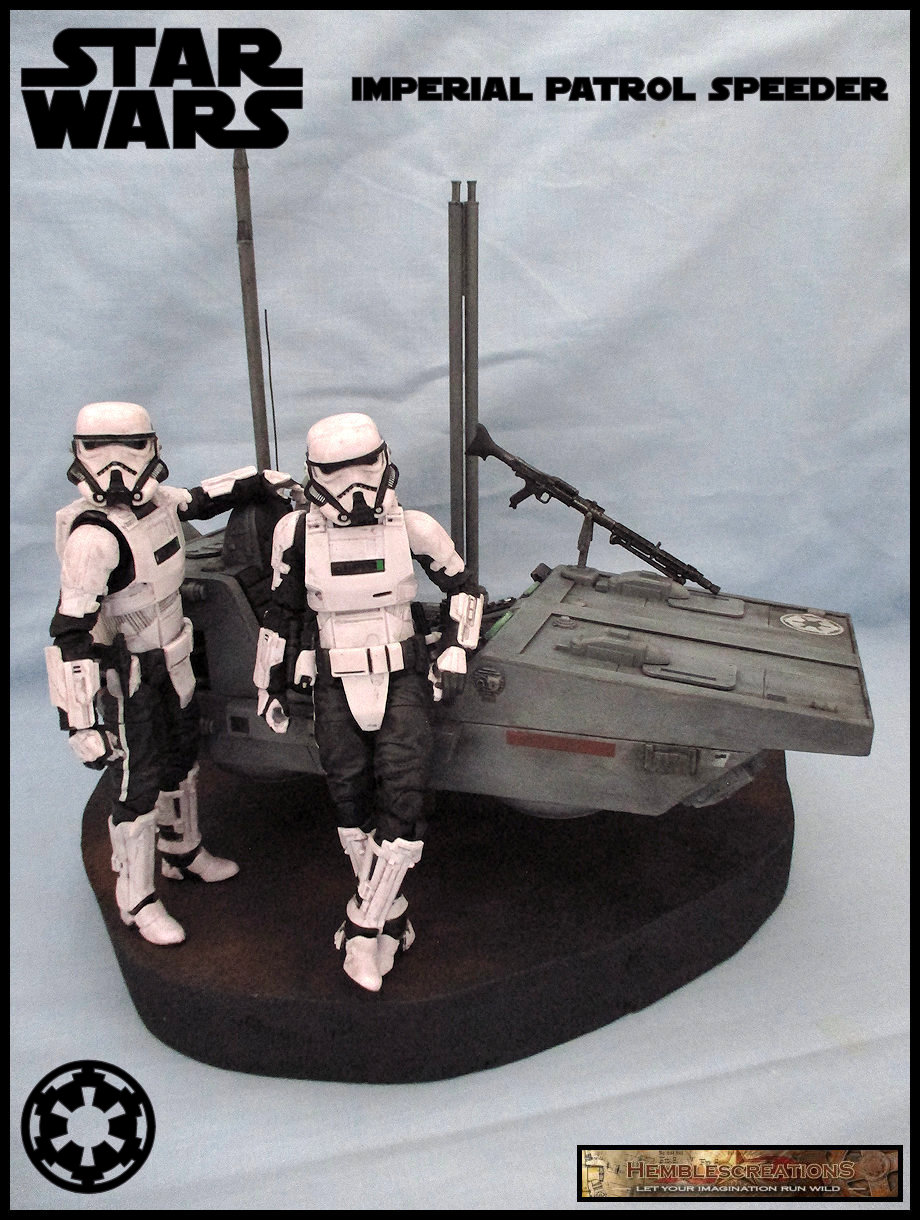 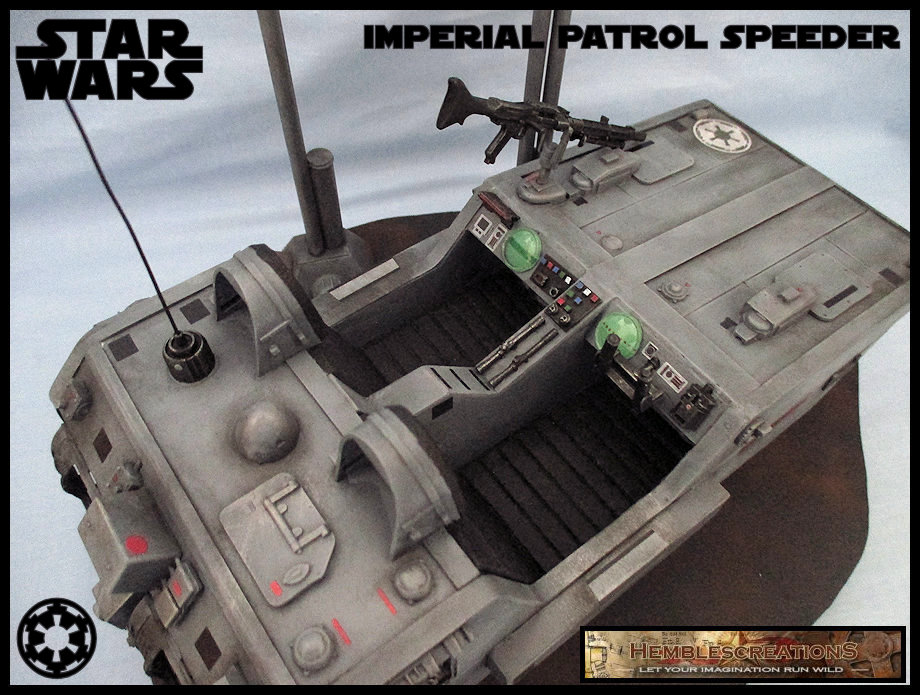 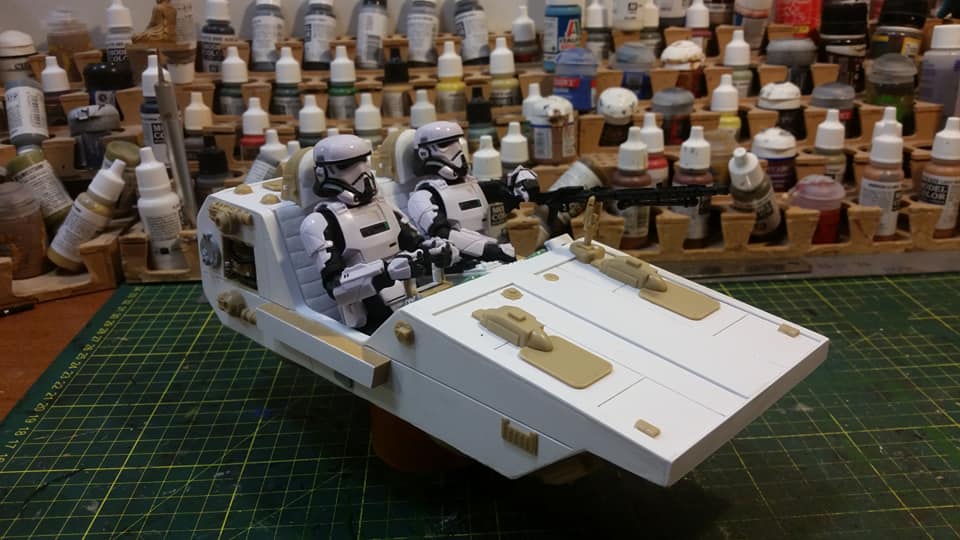 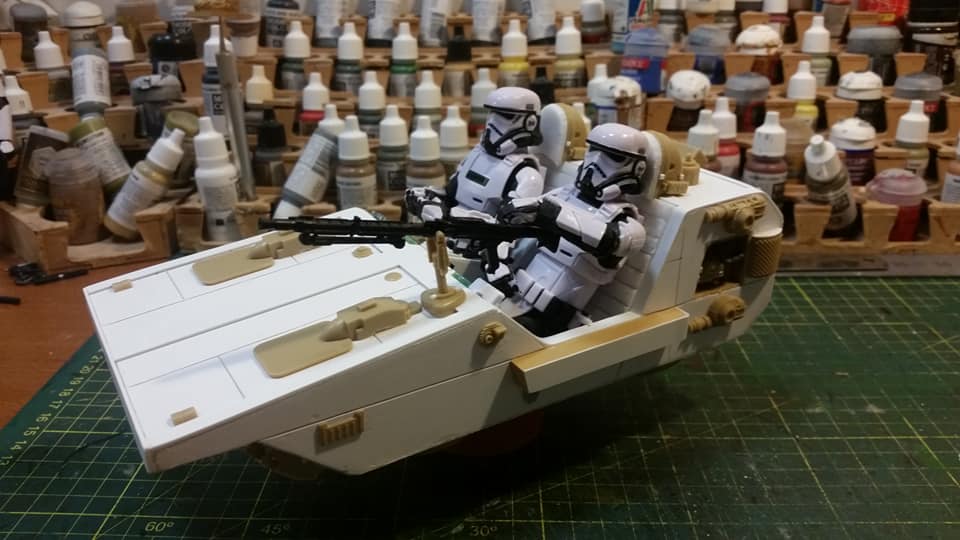 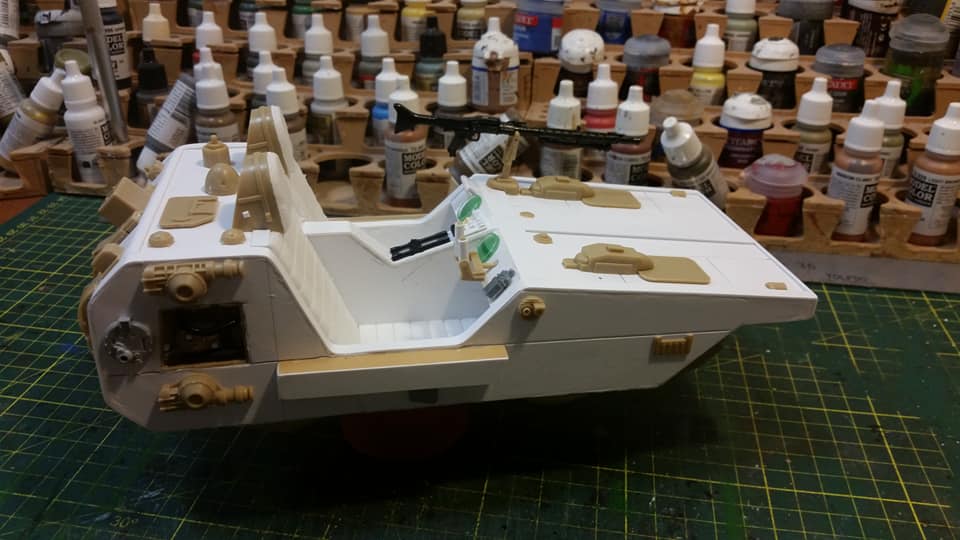 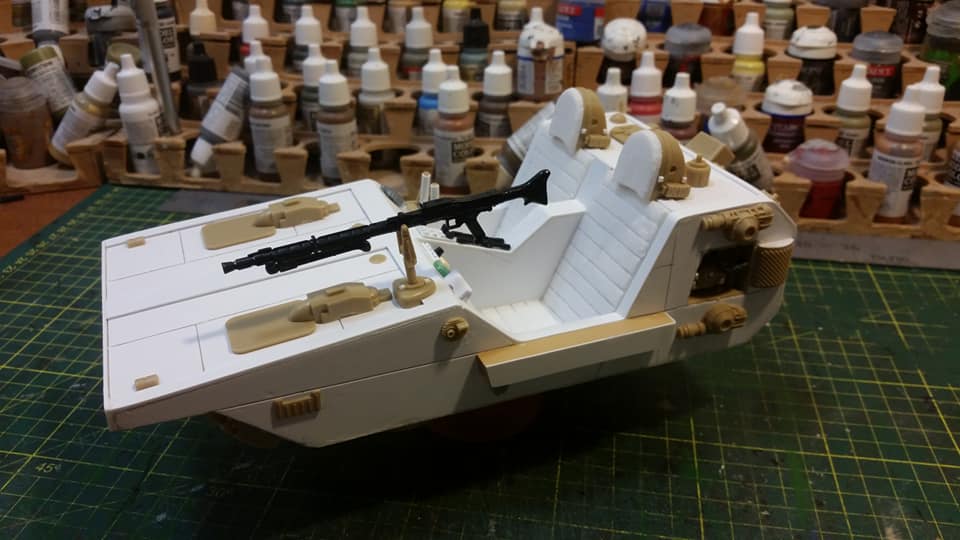 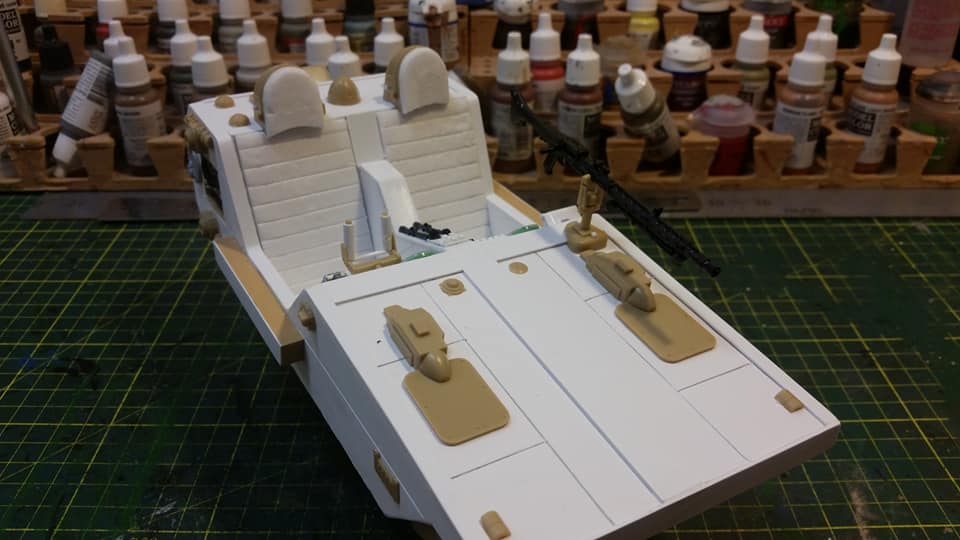 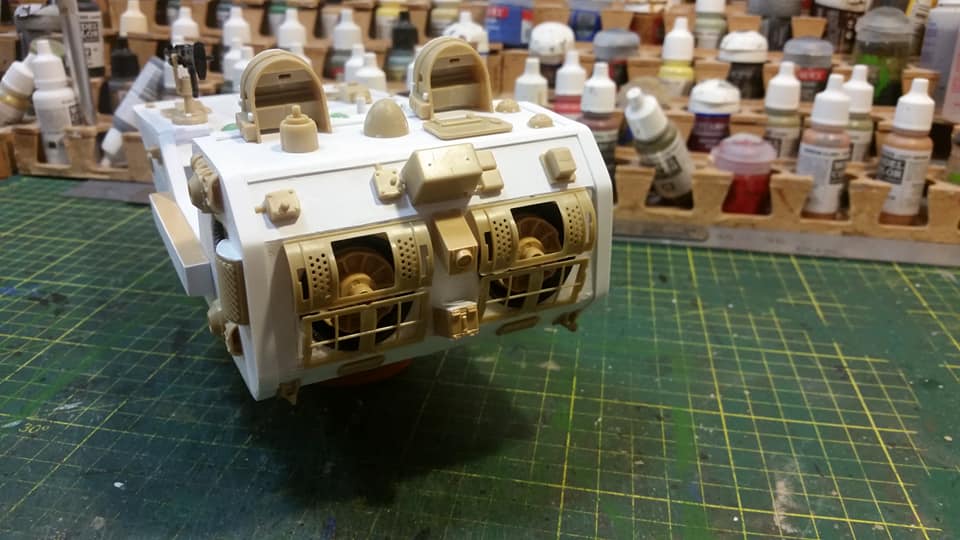 Too cool, your on a roll.

fantastic job on that build and a great use of the various other kit parts.

Another spectacular build… Great effort and great idea as well

Both speeders really awesome!
It really look like it came from same factory, different assembly line than the one man version.

That’s another inventive piece Ron- I like the pose with the two troopers just chillin’! The shape is nice and angular- reminds me a little of a Bond Bug- and I think it’s in keeping with a lot of Empire equipment that is often angular. The little details on the dash are particularly nice.

That is super creative and well executed

@Klaus-Adler - thanks heaps mate and I love using other kits to make parts for vehicles.

@Johnnych01 - Thanks so much mate.

@randomvisitor - really glad you like them both mate and thank you.

@MoramarthT - thank you very much mate.

Wow. This looks authentic. (If you know what I mean.)