Good day to everyone, great news! We are working on a new kit, take a look on photos of renders. 😉

Apparently I’m the only one that wishes this was coming out in 1:35 scale to accompany the other helo kits already being produced. Oh well, another example of the model industry not being in touch with it’s consumer base.

Oh well, another example of the model industry not being in touch with it’s consumer base.

Not necessarily. 1/32 was the traditional scale for large scale helos until the mid-late '90s when we started seeing 1/35 helos. The two scales are close enough that they can be used together as well. To me, it isn’t that big of an issue. I am just happy we have a very nice, new-mold line og Cobras out there.

I don’t disagree that it’s great to have any rendition of the AH Cobra and I’m pleased to see that after 15 or more years since Academy’s offerings someone has stepped up to mold a SEA version of the gunship, but I also know that a 1:35 figure next to a 1:32 AC is grossly obvious. I’m sure I’m just being narrow minded since I work with Nam era armor but c’mon man . . . 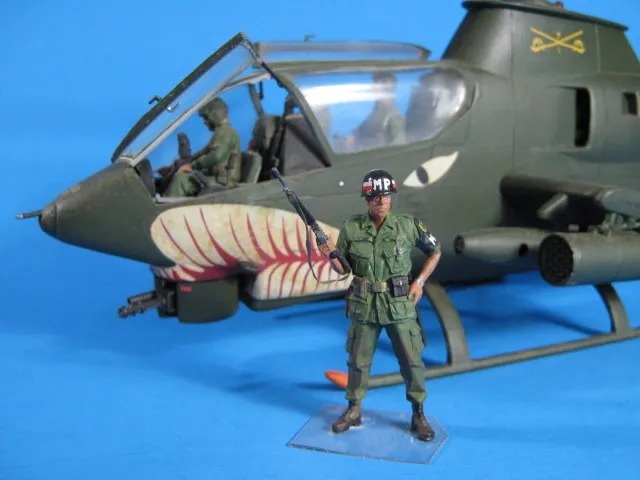 Not saying you are wrong, just showing that they can be used together without much issue.

No hard feelings GQ, I think I’m looking back, years ago, remembering a Revell 1/32 Huey, remember the one with the pilot figure molded in two halves?, a 1:35 soldier standing in the chopper’s cabin doorway was way out of proportion, I suppose this is one of those times when I’m blinded by the rivets.

Hopefully if I ever pose one on my dio it won’t dwarf the LOH!

Stay tuned! There will be something unexpected and interesting in the next year

We have plans about producing AH-1G Cobra in a 1/35 scale.

Great news. I know I will be looking forward to it.