My stab at a representation of a vehicle of the Irish Contingent of UN Forces in Cyprus. Circa 1970. Figure by Acurate Armour. 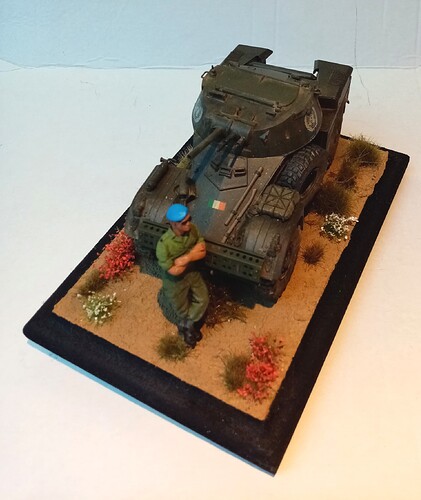 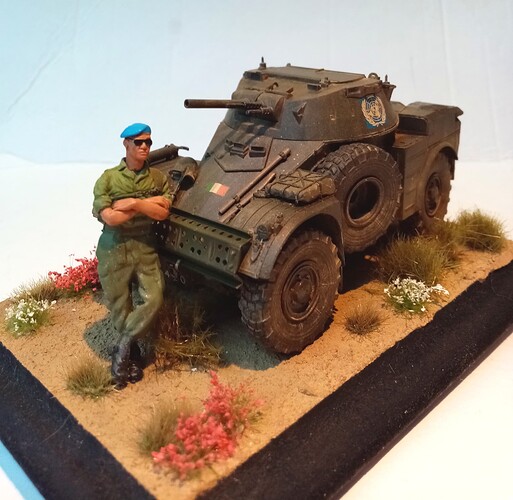 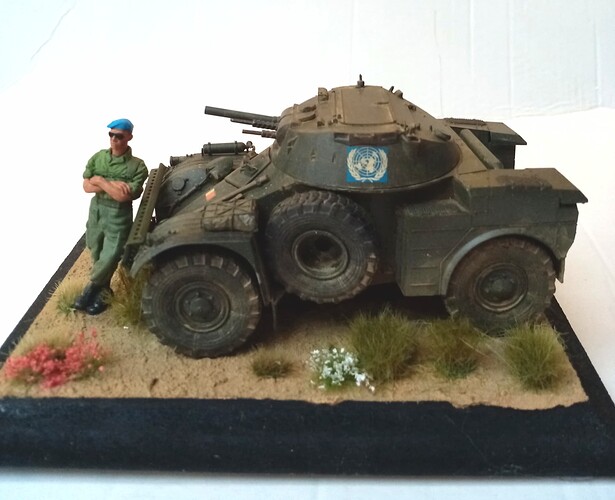 Lovely work Paul- just the right size of base to show off this wee afv! The soldier with the UN beret sets it off nicely and gives a good idea of the scale.

Very nice job Paul. The base is nicely done as well and the figure too, gives the whole thing scale. What kit is this ?

Thank you both. I have a few more Irish themed builds planned for the Centenary year.
Richard, it’s the Takom kit. I also have an AML90 lined up for later this year and a Scorpion…

'Love it Paul! The sort of understated but hugely effective depiction that I often try to achieve.

Just one thing - and I know I must sound like a broken record - antenna?

a good point well made sir… I did have something on the side but I kept snapping it off. Will pop it back on now it all finished .

Sorry Paul - bit of a nagger me.